EXCLUSIVE: A rising 16-year-old rapper charged with shooting a New York City police officer could be freed on a $250,000 bond as soon as Friday using cash from a record label deal, sources told Fox News Digital.

Camrin Williams – known as C Blue – signed with Interscope records recently and used part of his advance of several hundred thousand dollars to hire celebrity bondsman Ira Judelson to arrange his bond, according to a source familiar with the matter.

Williams’ family paid more than $15,000 to Judelson to submit all the bail paperwork to the Bronx district attorney’s office. 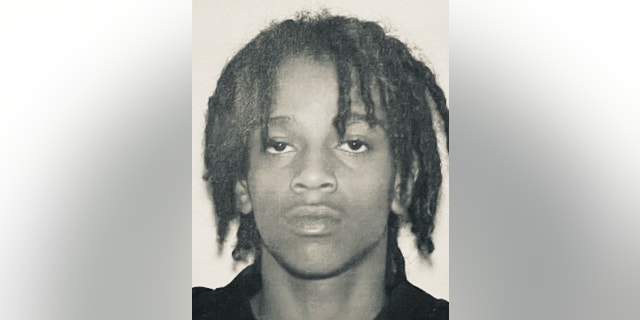 But before he can be released, prosecutors have up to 72 hours to examine the source of the funds to ensure that none of the money came from illegal activity related to his alleged gang ties.

Judelson, a high-profile bondsman, who has worked with countless celebrities – including disgraced movie producer Harvey Weinstein and late rapper DMX, declined to comment.

The up-and-coming musician, whose music videos have garnered over 1 million views on YouTube, was arraigned on one count each of second degree assault and firearm possession and three counts of weapons possession in Bronx Criminal Court Thursday night. 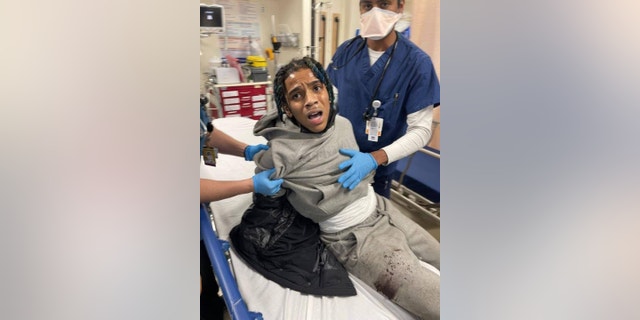 He allegedly shot NYPD officer Kaseem Pennant in the leg Tuesday in Belmont by accident, according to a criminal complaint.

His loaded 9mm pistol discharged while tussling with cops after he tried to flee, the complaint says.

The bullet struck Williams in the groin before exiting his thigh and hitting Pennant, according to his lawyer, Dawn Florio, who blamed cops for the mishap.

“My client is in pain, he has open wounds,” she said. “They started searching him for no reason and when he tried to walk away, they jumped on top of him. Because of the police officer’s actions, my client got shot and so did the police officer.”

The complaint does not say why cops tried to search Williams who was standing on a sidewalk. Pennant is one of three officers to be shot in New York City so far this year.

Judge Denis Boyle, who has come under fire in the past for his low bails, ordered Williams held on $200,000 cash over $250,000 bond over the objection of prosecutors who requested that he be held without bail.

Police Benevolent Association President Patrick Lynch blasted Boyle’s decision as ‘horrendous judgement” that is putting cops and the community in danger. “There is absolutely no justification and no excuse for setting bail in this case,” he wrote on Twitter Thursday. “This individual was previously arrested for carrying an illegal gun. Then he violated his probation, carried another gun and shot a cop. If he gets another opportunity to go free, he will use it to cause more violence and mayhem.”

Both Williams and the officer were treated for minor injuries and released.

“We are extremely fortunate that our @NYPD48Pct brother was able to leave the hospital the same night he was shot while keeping New Yorkers safe. Praying for a speedy recovery,” the police association wrote Tuesday in a tweet, along with a video of the officer leaving the hospital.

“I want to commend our NYPD officers for taking an illegal gun and a violent criminal off the streets in the Bronx tonight,” he said. “Our officer is alive and will make a recovery. We’re grateful. But we’re also frustrated that this shooter and weapon were on the streets in the first place.”

The suspect was on probation at the time of the shooting for possessing an unloaded gun on a set when he was 14, sources told Fox News Digital.

The Bronx native has been featured in the music videos of rapper Kay Flock, who is charged with first-degree murder for allegedly shooting dead a 24-year-old Manhattan man.

In an interview with Fusion TV posted to YouTube, Williams talked about his upbringing in the Bronx.

‘It wasn’t too bad for me. I got what I needed I got what I wanted if I wanted more I was going to take it,” he said as he puffed on a blunt.

Before focusing on music, Williams said he wanted to be a biochemist.

“I was really into science,” he said.

Williams, who is being tried as a juvenile offender, is due back in court Jan. 24.