Home » World News » Priyanka Chopra Details Scary NICU Stint With Daughter Malti: 'I Didn't Know If She Would Make It'

Priyanka Chopra Jonas is relieved and grateful to be mom to her 1-year-old daughter, Malti Marie, with her husband, Nick Jonas. While the couple previously shared that baby "M," as she's fondly nicknamed, spent 100 days in the NICU, Priyanka opens up in detail about the experience for the first time in her cover story for the February issue of British Vogue.

In the magazine, which features a photo of Priyanka and baby Malti with her back to the camera, the 40-year-old actress reveals that her baby girl was delivered preterm a full trimester before she was due.

"I was in the OR [operating room] when she came out. She was so small, smaller than my hand,” Priyanka shares with the magazine. “I saw what the intensive-care nurses do. They do God’s work. Nick and I were both standing there as they intubated her. I don’t know how they even found what they needed [in her tiny body] to intubate her.”

Priyanka shares that she and Nick had to shuttle to two different hospitals over three months to visit their daughter in the NICU daily.

“We spent every single day with her on my chest, on my husband’s chest,” Priyanka says. “I didn’t know if she would make it or not.” 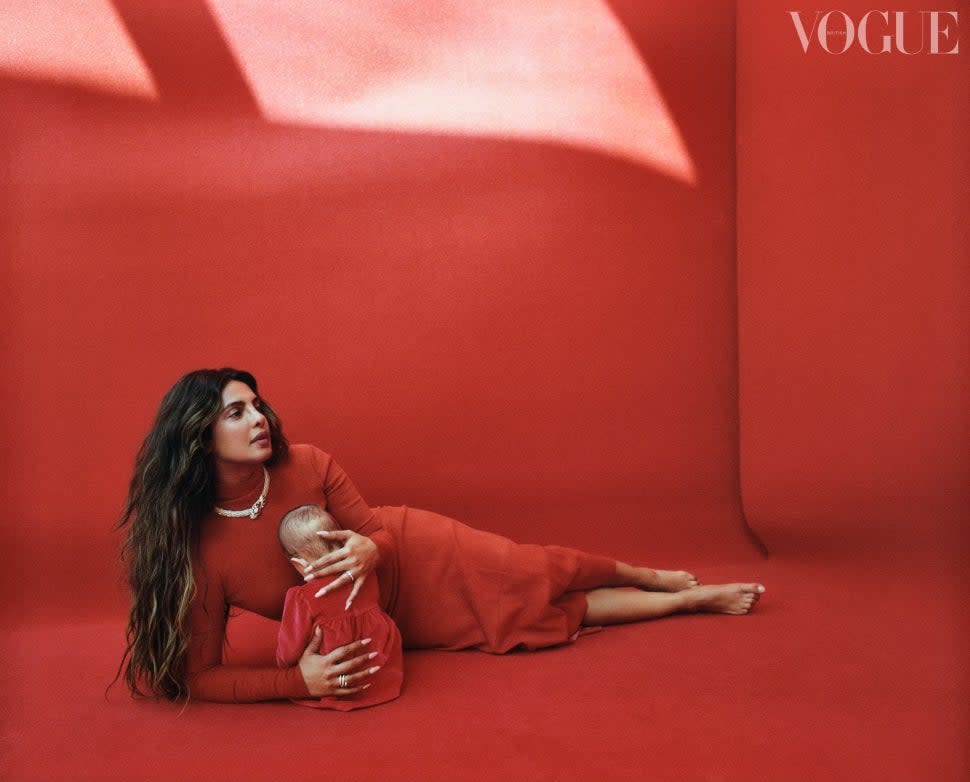 The experience has left the first-time mom with some PTSD as her little girl grows. She recalls feeding Malti solid food for the first time, saying her daughter gagged, adding, "I thought I'd killed her."

She notes that having her mother's support and the support of her in-laws, Kevin Sr. and Denise Jonas, has been very helpful during difficult times.

"They talk me through a lot of this. Like, ‘They’re gonna gag. It’s normal.’ But because I’m a NICU mommy, the stakes are so high,” she says. "And I have to shed that. I will."

Priyanka is upset by the negative commentary that came when people learned about her decision to use a surrogate.

“I’ve developed a tough hide when people talk about me,” she says. “But it’s so painful when they talk about my daughter. I’m like, ‘Keep her out of it.’ I know what it felt like to hold her little hands when they were trying to find her veins. So no, she’s not going to be gossip.”

The Matrix: Resurrections star admits to being "really protective" of this time in her life, noting, "Because it’s not about my life only. It’s hers too."

She shares that she chose to try surrogacy for her pregnancy due to some medical complications of her own.

"I had medical complications. This was a necessary step, and I’m so grateful I was in a position where I could do this," she shares. "Our surrogate was so generous, kind, lovely and funny, and she took care of this precious gift for us for six months." 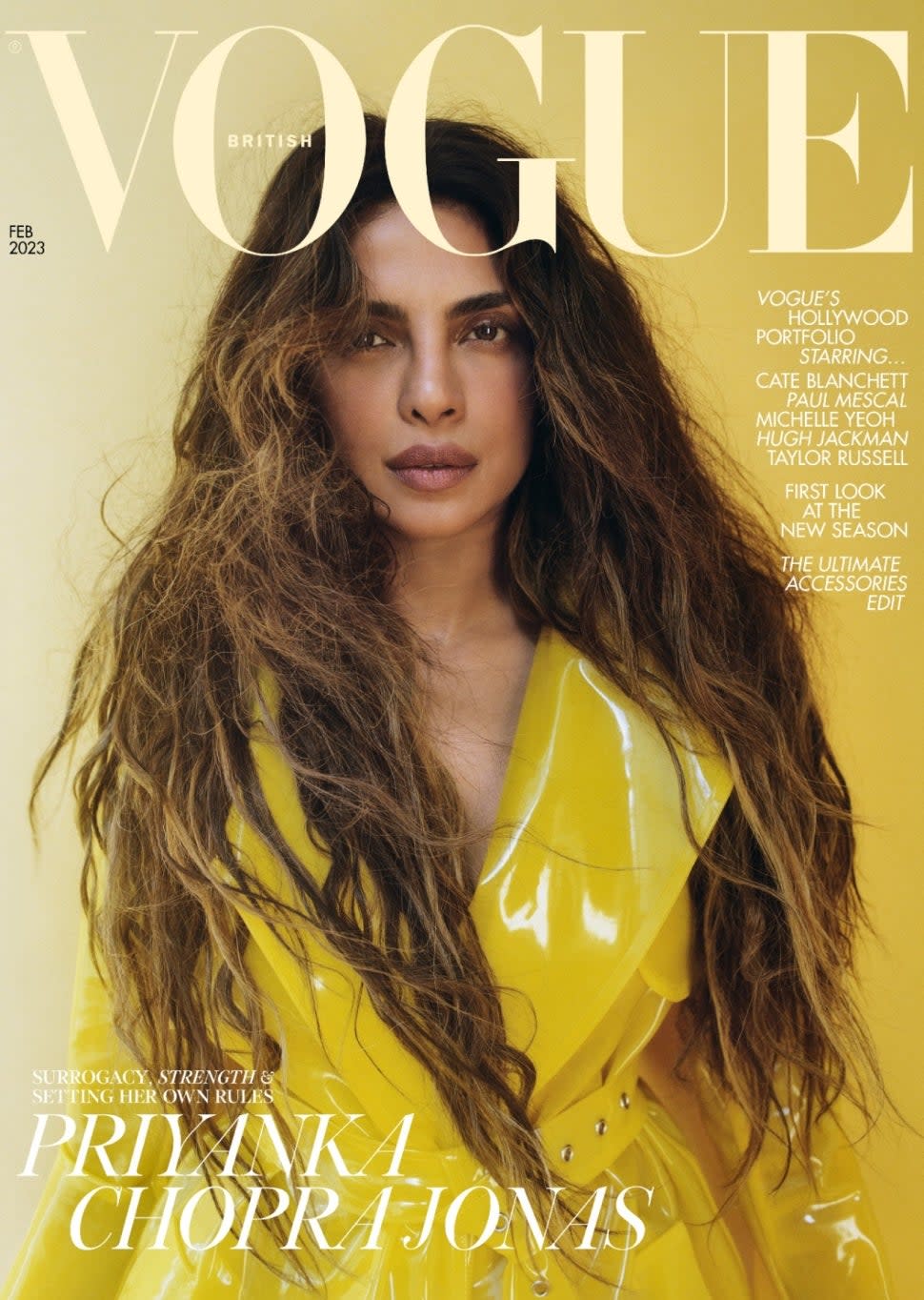 Priyanka also has a message for those who criticized her decision to use a surrogate and to keep the details of her daughter's birth and life private.

“You don’t know me,” she says. “You don’t know what I’ve been through. And just because I don’t want to make my medical history, or my daughter’s, public doesn’t give you the right to make up whatever the reasons were.”

After many years in the entertainment industry, Priyanka notes that becoming a mother has changed her outlook on her daily life.

"It’s been 20 years of hustling and working at breakneck speed. I’ve always been like, ‘What’s the next thing?’" she says. "But now I feel I have a centre, a sense of calm, because every decision ends up being about her."

She adds, "I want her to be able to look back and be proud of my choices. I want to do right by her."

And though she's not showing baby Malti's face, readers were given an idea of what the little girl looks like. Interviewer Jen Wang writes that the little girl resembles her pop star dad, and Priyanka jokingly says, "Most people say she looks like Nick. I don’t believe it."

Nick previously spoke with ET about becoming a first-time dad. Watch the clip below for more.

Nick Jonas and Priyanka Chopra: A Timeline of Their Love Story

Judge rules Michael Cohen should be released to home confinement