Prince William has urged Australians to ‘look after themselves and others’ as he heard the stories of four flood victims during a ‘heart-breaking’ video call.

Kensington Palace released footage of the Prince of Wales speaking with Australians from across the country who had been devastated by floods on Friday.

On the call was Daniel Cleave and Curtis Arthur, business owners from Shepparton in Victoria, NSW Emergency Service member Grace Langlands, publican Brad Flowers from South Australia, and Maureen Carter, the chief executive of the Nindilingarri Cultural Health Service in the Kimberly in Western Australia.

The Royal listened thoughtfully and nodded as each participant described the impacts of the floods before ending on a note about mental health.

‘You’ve got people like you guys looking out for each other and supporting each other,’ he tells the starstruck Aussies.

‘Please make sure you’re looking after yourselves and those in your communities that need it, because some people will be suffering in silence.

‘I just want to make sure your looking after yourselves as well as each other, that’s very important.’ 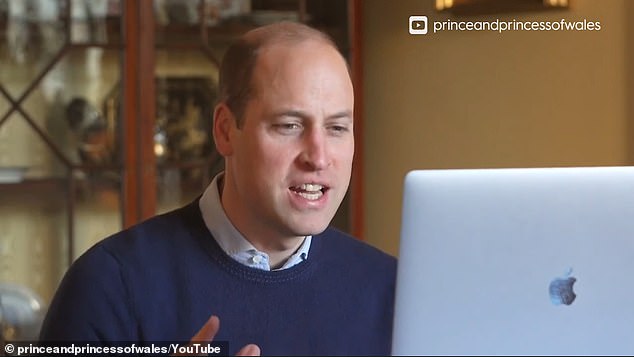 Ms Langlands said the flood-affected areas in NSW had resembled a war-zone.

‘Just the force, cars on top of cars, and never actually realising the power behind water and the damage it can create,’ she said.

Mr Flowers, the owner of the Overland Corner Hotel in the Upper Murray, said he was still delivering supplies to people in his community.

‘Everyone’s helping out, dropping off food and drinks,’ he told the Prince.

The publican took to Facebook to share his chat with the Prince of Wales and joked that news of his local watering hole closing had reached Kensington Palace.

‘We were lucky enough to receive a video call and lengthy chat with our good mate HRH The Prince of Wales William,’ he wrote.

‘He wanted to chat about our closure and the Riverland Floods. He asked us to pass on his thoughts and best wishes to all of our wonderful Community that are struggling at the moment.’ 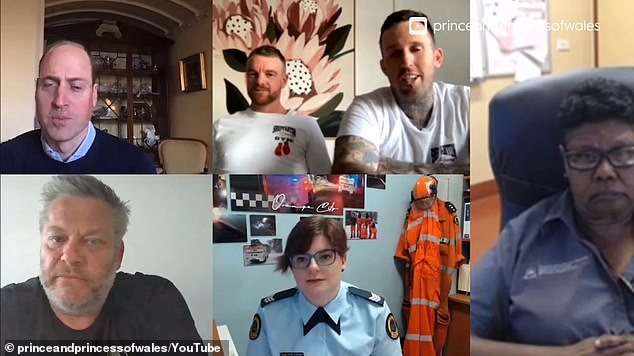 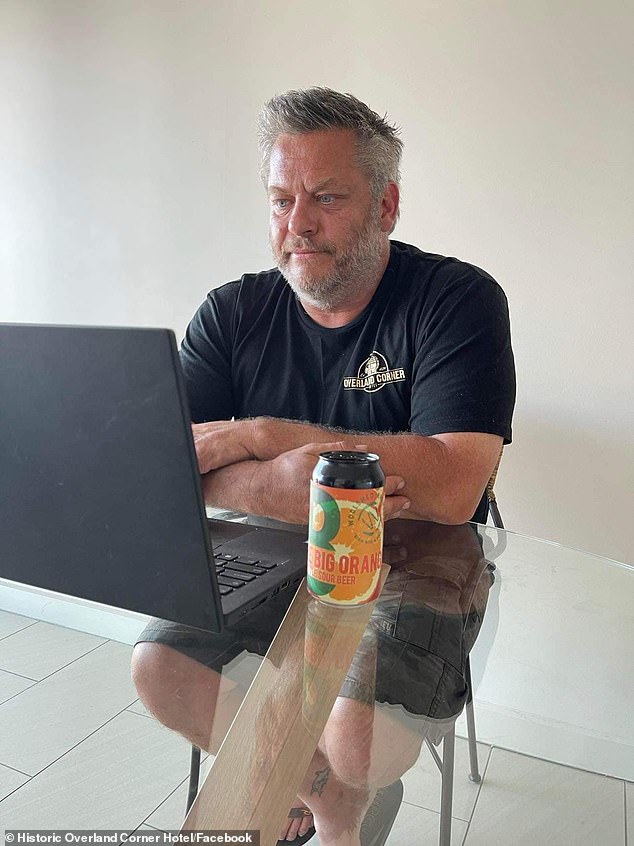 Brad Flowers, the owner of the Overland Corner Hotel in the Upper Murray, told the Prince he was still delivering supplies to people in his community

Ms Carter told the Prince that while times were tough, they would push through.

‘We’re a resilient lot, I think we’ll get through,’ she said.

Mr Cleave, who owns a business in flood-devastated Shepparton in Victoria, posted a photo from the Zoom call on Facebook.

‘It’s not every Friday you get to have a video call with Prince William,’ he said.

The Royal also tweeted about the conference, writing: ‘Heartening but heartbreaking to speak with some of those affected by the serious flooding in Australia.’

Kensington Palace said William had made an undisclosed donation to the Australian Red Cross to help with clean-up efforts in flood-affected areas. 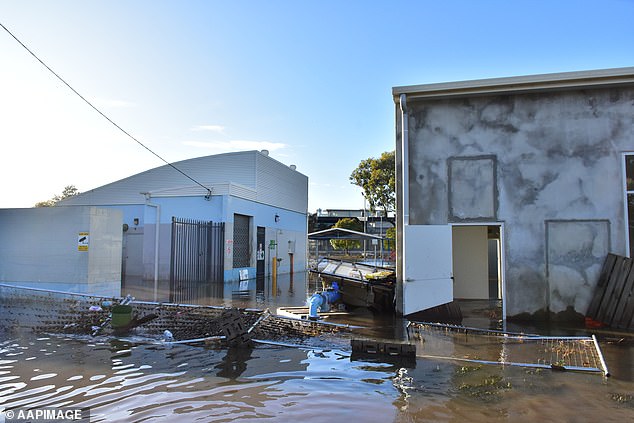 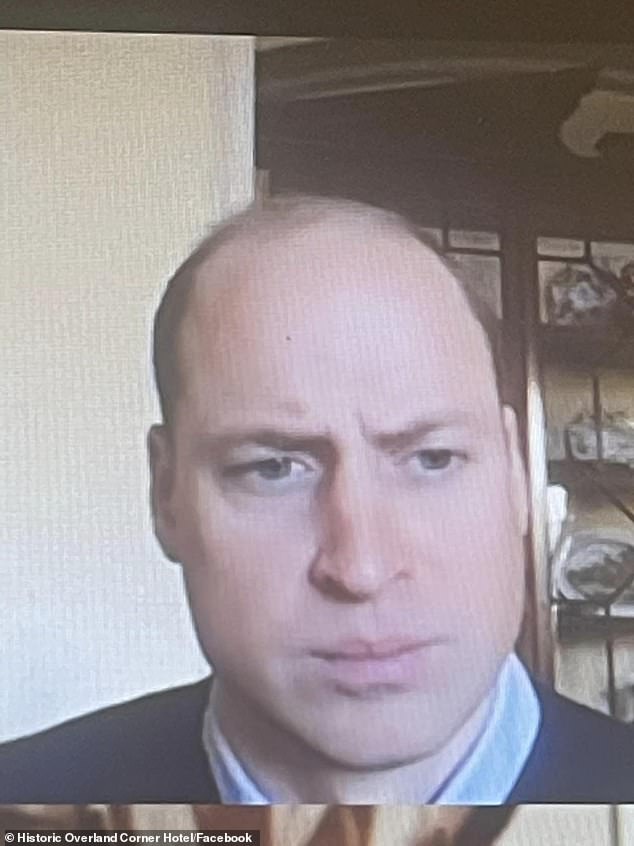 Australia has been plagued with floods for the last 12 months, with parts of Victoria, South Australia and Western Australia especially slammed in the last month.

It was recently announced that 2022 was the ninth-wettest year on record, according to the Bureau of Meteorology.

The Prince, who is next in line to the throne, has been keeping a low profile since his younger brother Harry, the Duke of Sussex, released his memoir, Spare.

He and his wife Catherine Middleton, are at the centre of several of the Duke’s bombshell claims, with the book quickly smashing sales records around the world.

Boris Johnson’s job is to keep us fed and warm – are Tories up to it?