Portland police officers clashed with a group of residents on Tuesday after some people tried to take food that had been thrown away at a Fred Meyer in the city, according to a report.

Workers at Hollywood West Fred Meyer, located about three miles northeast of the city’s downtown, tossed out thousands of perishable items — including juice, cheese, and meats — which were placed in two large dumpsters outside the store after it had lost power due to a winter storm.

Employees originally started guarding the dumpsters after some people showed up to get some of the discarded food, said local resident Morgan Mckniff, according to The Oregonian.

Mckniff said the store manager then called the police, resulting in about a dozen officers arriving at the scene. The officers guarded the dumpsters and stopped people from taking the items, reports said.

“I’m just interacting with officers and trying to get their information, and then they say, ‘We’re going to arrest you if you don’t leave,’ and threatened me with trespassing,” said Juniper Simonis, who arrived to document the police presence, according to the paper.

The incident occurred as snow and ice storms moved through the Portland metro area, causing significant damage, and knocking out power for thousands of people, Portland’s KGW reported.

Simonis said that people who tried to take the discarded food did so with the intent to distribute them to hungry people across the city — as some lost perishables due to the outages, according to The Oregonian. The paper said police did not immediately comment for the report.

PORTLAND PD HAS ‘LOWEST NUMBER OF SWORN EMPLOYEES’ IN 25-PLUS YEARS, ASKS FOR REDUCED BUDGET CUTS TO FILL JOBS 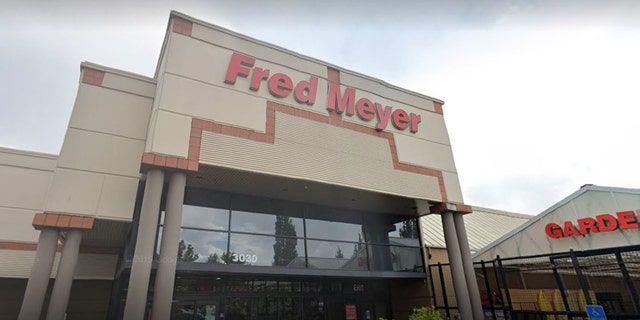 Simonis said police eventually left, freeing up people to take some of the discarded food from the dumpsters.

Corbyn ally received £500,000 from firm with links to Beijing