He appointed Nathalie Becquart, a French member of the Xaviere Missionary Sisters, on Saturday as co-undersecretary of the Synod of Bishops, a department that prepares major meetings of world bishops held every few years on a different topic.

The previous day, Francis named Italian magistrate Catia Summaria as the first woman Promoter of Justice in the Vatican’s Court of Appeals. 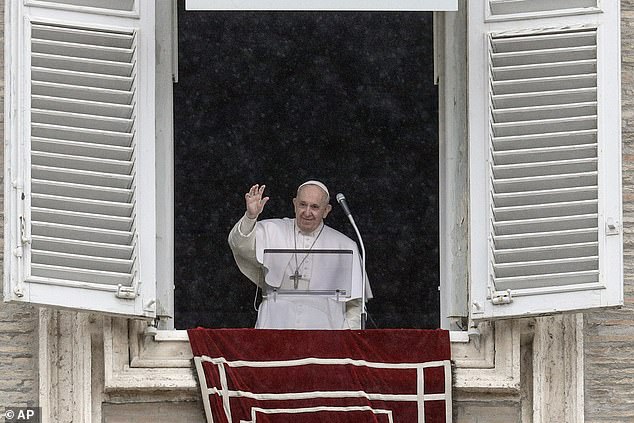 Becquart’s position, effectively a joint number two spot, will give her the right to vote in the all-male assemblies, something many women and some bishops have called for.

She is 52, relatively young by Vatican standards.

Women have participated as observers and consultants in past synods but only ‘synod fathers’, including bishops and specially appointed or elected male representatives, could vote on final documents sent to the pope.

During a synod in 2018, more than 10,000 people signed a petition demanding that women get the vote.

‘A door has been opened. We will see what other steps could be taken in the future,’ Cardinal Mario Grech, the synod’s secretary-general, told the official Vatican News website.

While upholding the Church’s tradition barring female priests, Francis has set up commissions to study the history of women deacons in the early centuries of the Catholic Church, responding to calls by women that they be allowed to take up the role today. 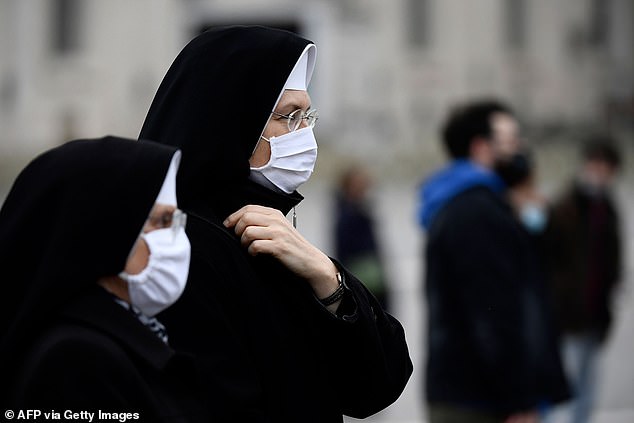 Last year, in one fell swoop, Francis appointed six women to senior roles in the council that oversees Vatican finances.

The news comes as Pope Francis has resumed greeting the public in St Peter’s Square at the Vatican, seven weeks after he halted the Sunday noon ritual to discourage crowds from gathering during the Covid-19 pandemic.

Smiling broadly, Francis appeared at an Apostolic Palace window overlooking the square and greeted a couple of hundred people standing a safe distance apart. Most held umbrellas on a drizzly, windy day.

‘In the square again!’ Francis said.

He appeared on the first Sunday since the Rome area regained Italy’s ‘yellow zone’ designation, which carries the least restrictions on movement.

Normally thousands of pilgrims, tourists and locals would turn out in the vast square on Sundays to hear the pope.

But Italy is not allowing travel between regions in the country, and with stringent measures discouraging arrivals from overseas, tourism and pilgrimages have practically evaporated.