The ex-minister could face an investigation into whether he broke the Official Secrets act by leaking details of a meeting with spies. 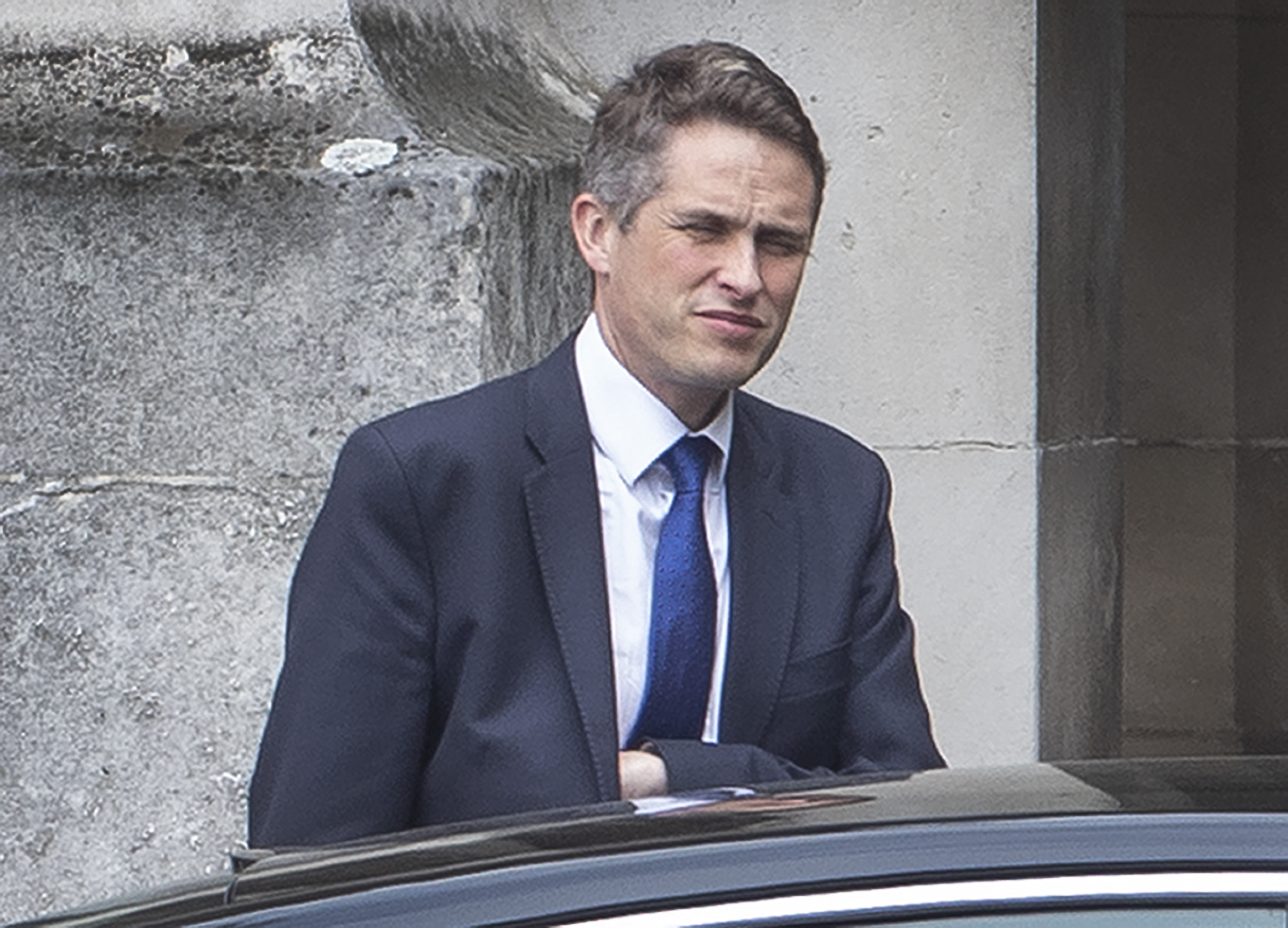 Scotland Yard bosses confirmed they will get involved if called in by security chiefs, and the Government vowed to co-operate fully with the cops.

But Theresa May is reluctant to get the police involved – because she doesn't believe the leak constitutes a crime.

No10 is under growing pressure to release the evidence that Mr Williamson is guilty of leaking secrets about Huawei from the National Security Council.

And he says he's happy to talk to cops because he will be able to clear his name – adding "I swear on my children's lives" he is not guilty.

A Met Police spokesman said: "We’re aware of the media reports in relation to the leak, and that is a matter for the National Security Council and the Cabinet Office to look at.

"At this time, we’re not carrying out an investigation. Clearly if at any stage we receive any information that would suggest criminal offences have been committed, then we will look into that."

Today Scotland Yard commissioner Cressida Dick confirmed her officers can only investigate if No10 formally asks them too.

She said: "It is sitting in the Government. We as the police when considering whether there is an appropriate criminal investigation or not will have to be party to that material. At the present time we are not in possession."

The PM booted Mr Williamson out of the Cabinet last night, accusing him of being responsible for the leak from the ultra-secretive NSC.

Mrs May's aides insisted she has no plans to refer Mr Williamson to Scotland Yard and suggested his behaviour did not reach the level of a crime.

A Downing Street spokesman said: "This is not about what was leaked, it is about where it was leaked from, and the importance of maintaining trust and the integrity of the National Security Council."

This morning David Lidington, the de facto deputy MP, told MPs: "The Prime Minister has said that she now considers this matter has now been closed and the Cabinet Secretary does not consider it necessary to refer it to the police.

"But we would of course co-operate fully should the police themselves consider that an investigation were necessary.

"Whether a criminal offence has been committed is a matter for independent prosecution authorities and ultimately for the courts."

Responding in the Commons, Tory backbencher Desmond Swayne called on the Government to publish the evidence against Mr Williamson.

And Bob Blackman said: "It is absolutely vital in most people's view that there is an independent police investigation to demonstrate whether he is guilty or not."

Intelligence experts and opposition politicians have called for the police to get involved urgently to ensure national security is not at risk.

Dominic Grieve, head of Parliament's intelligence and security committee, said today: "There is certainly an argument for referring it to the police.

"That's a matter which the Cabinet Secretary and Prime Minister have to justify."

Labour's deputy leader Tom Watson added: "This is about the law applying equally and to everyone. We have had high-profile civil servants go to jail for breaching the Official Secrets Act.

"The logic of the Prime Minister's letter is she says she has compelling evidence that suggests he has done the same.

"He is denying it and he has the right to clear his name – the way to do that is a criminal inquiry if confidential information has leaked."

And Lord Ricketts, the former national security adviser to David Cameron, blasted: "The police ought to be considering – is there a case?"

Labour MP Chris Bryant claimed that if Mrs May chickens out of calling the police, it will prove she doesn't have the evidence to prove Mr Williamson's guilt.

Asked about the issue today, Jeremy Hunt said: "When it comes to issues like whether there should be a police investigation or not, there's a very very important principle of our system that those decisions are not made by politicians – they are made independently by police."

Amber Rudd added: "It's up to the Prime Minister but she's made her decision, we all have to have confidence in the National Security Council."

The former minister is accused of telling a reporter that Britain was planning to give Chinese firm Huawei access to our mobile network.

He denies any responsibility and claims a police probe would prove he is innocent.

Mr Williamson told The Times: "I volunteered everything up. I couldn't have volunteered more information on the whole thing.

The new Defence Secretary is Penny Mordaunt, who is replaced as International Development Secretary by Rory Stewart.

MINISTERS have been debating whether to allow controversial telecoms giant Huawei to help build new mobile phone networks in the UK.

The Chinese electronics company, the world's second-largest smartphone seller, wanted to supply "non core" elements of the new 5G network in the UK.

They are one of a handful of firms who have developed the next generation of high-speed internet.

But it's feared they could use their equipment to help carry out cyber attacks and even steal Brits' identities.

Several cabinet ministers think that it could harm our national security and Five Eyes alliance.

A new law in the country requires all Chinese firms to assist with the state's spy agencies.

America has said the Chinese company is "untrustworthy" and threatened to stop sharing top-secret intelligence with us if we work with them.

And New Zealand and Australia have placed extra restrictions on the use of the company's equipment.

In the UK, BT confirmed it is removing Huawei equipment from key areas of its 4G network after MI6 expressed concerns for national security. However, BT denied the move was anything to do with security concerns.

A string of senior MPs said the risk of Chinese espionage was too high, and Foreign Secretary Jeremy Hunt said there must be a “degree of caution” because Chinese firms are forced by law to work with their intelligence services.

Gavin Williamson was one of the senior ministers who was opposed to letting them help.

Yesterday it was revealed that security flaws were discovered in internet gear equipment, adding to concerns about security fears.

The Government has said it's confident there will be no risk of China being able to spy on the UK. 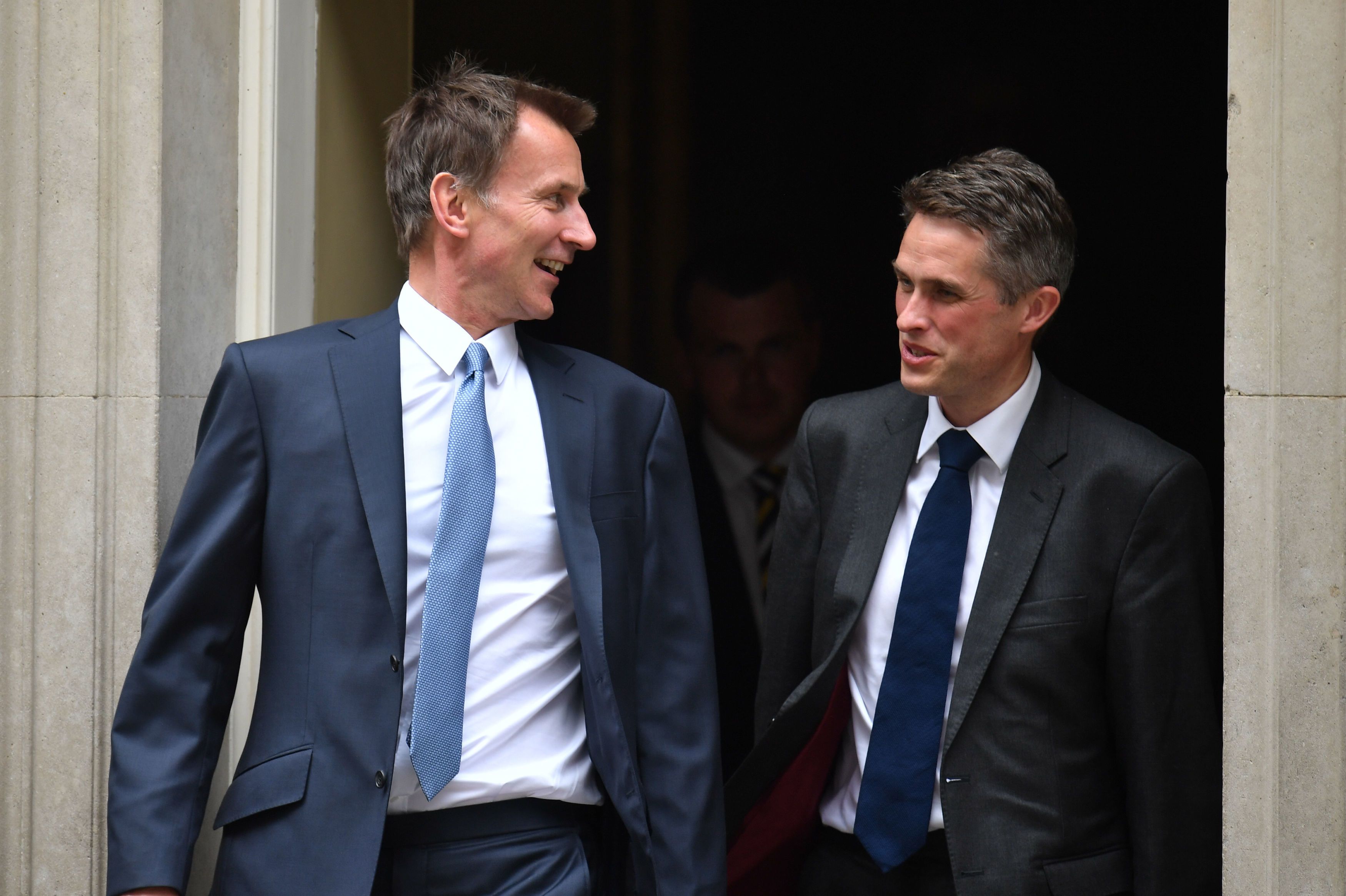 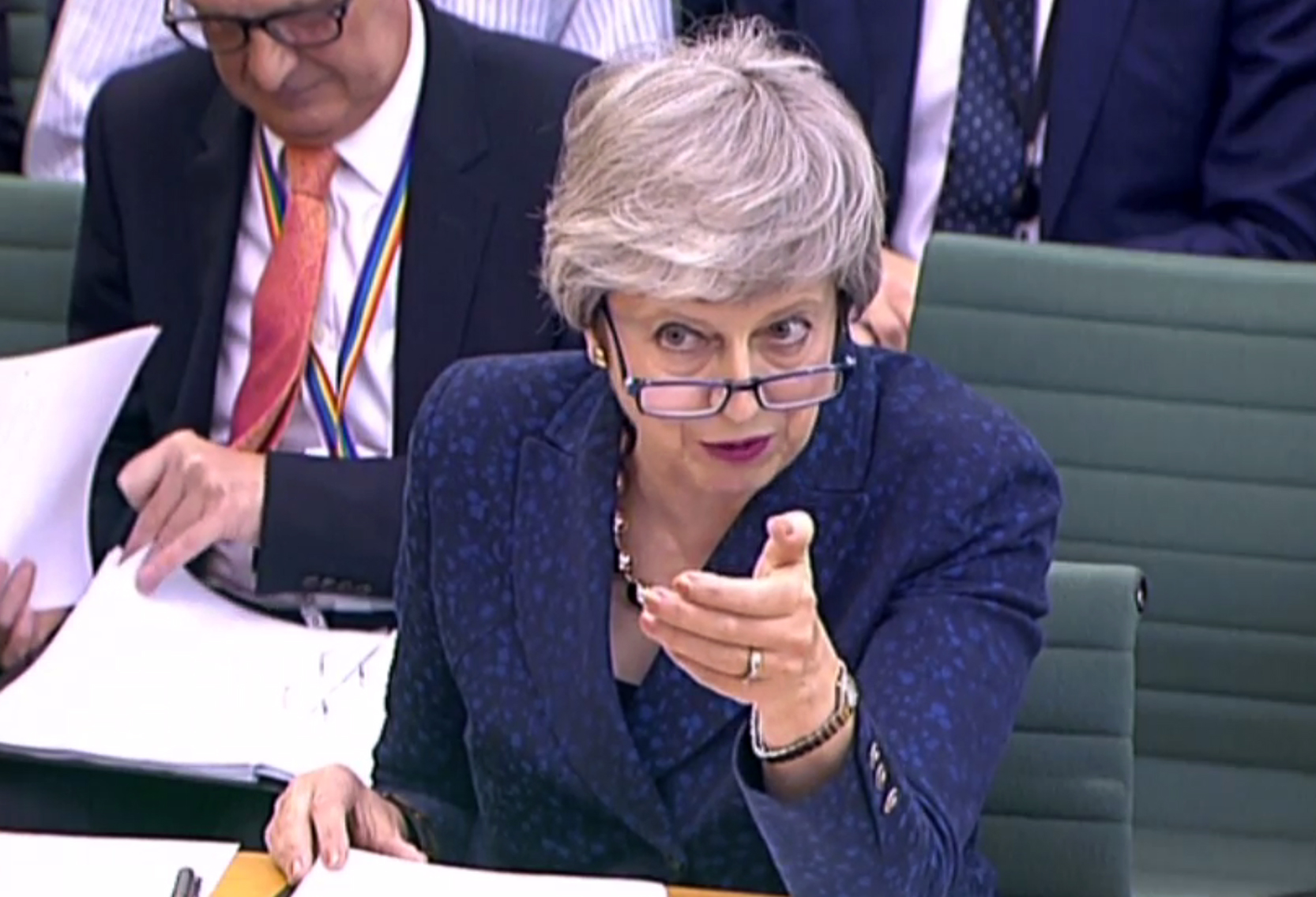 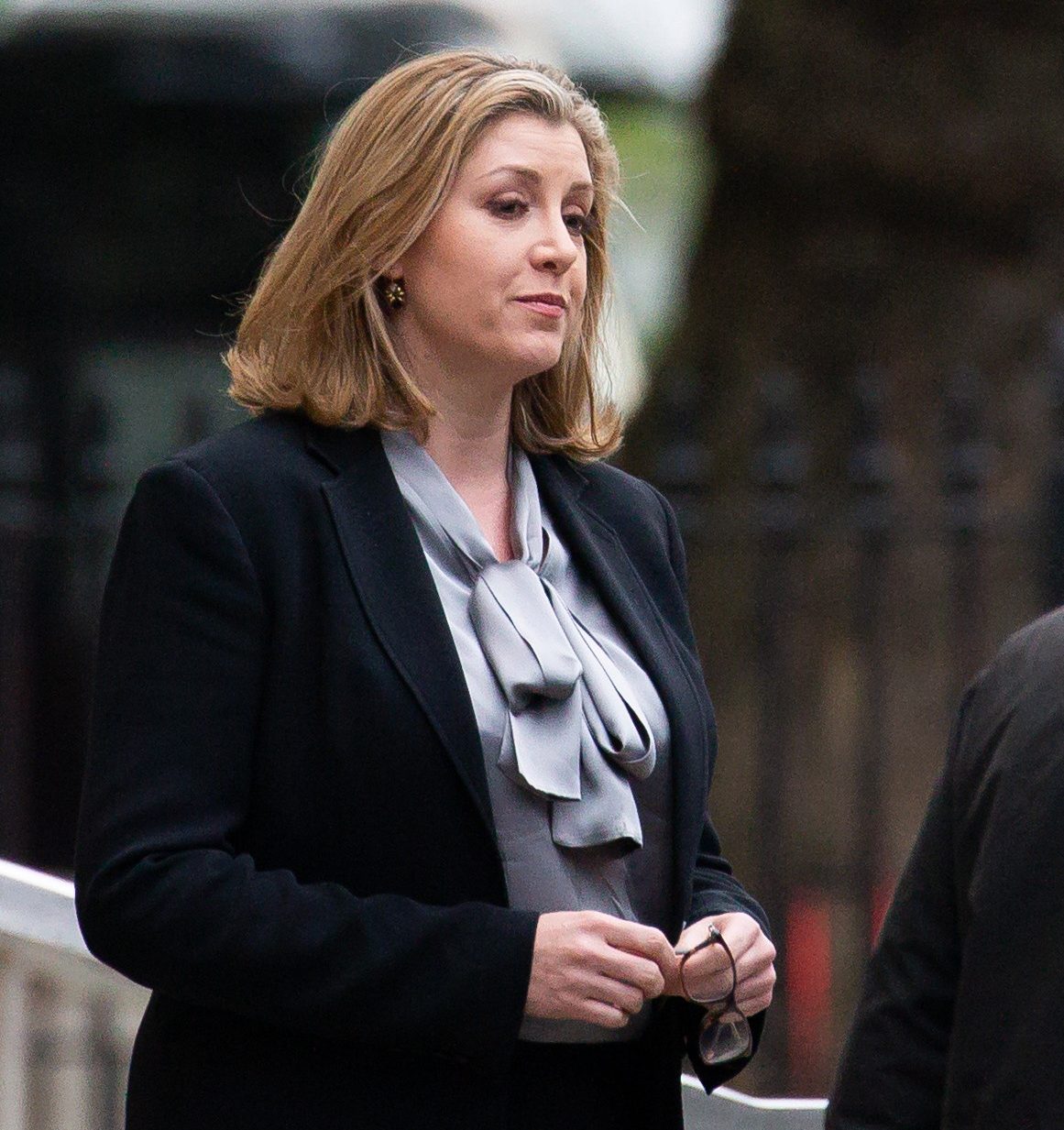