Police launch murder probe after mother-of-two, 45, is found ‘strangled and bludgeoned to death’ in a bush by a dog-walker in east London

Police have launched a murder probe after a mother-of-two was found ‘strangled and bludgeoned to death’ in a bush in east London.

Maria Jane Rawlings, 45, who lived in the Chelmsford area of Essex, was found dead in Little Heath, Romford, by a man walking his dog at around 2pm on Tuesday.

The Metropolitan Police said a post-mortem examination gave the woman’s preliminary cause of death as neck compression and possible blunt force head trauma.

Officers are still examining the scene and are expected to remain in the area in the coming days. A spokesperson for the force told MailOnline there are no suggestions the murder is linked to that of PCSO Julia James.

On Monday evening, Ms Rawlings attended the King George Hospital in Goodmayes, Ilford, before leaving on foot to Barley Lane in the direction of the A12.

Maria Jane Rawlings (pictured above), 45, from Chelmsford, Essex, was found dead in Little Heath, Romford, by a man who was walking his dog at around 2pm on Tuesday

Detectives believe someone may have approached her while she was walking on that road. There have been no arrests, the Met said as the force appealed for information.

Detective Chief Inspector David Hillier, who is leading the investigation, said: ‘My team and I are working around the clock following a number of inquiries in our work to establish what happened to Maria.

‘Her family are understandably distraught and we are doing all we can to help them as they begin to come to terms with their loss.

‘Now I am asking for the public to help us. I want to hear from anyone who knew Maria and knows about where she had been and who she had been associating with.

‘Have you seen her in the area in the company of another person? Had you recently heard or seen a disturbance or struggle in the area but did not think it significant at the time?

‘You might have dash-cam or doorbell footage that could have captured her – please think carefully and, if you can help, contact police.’ 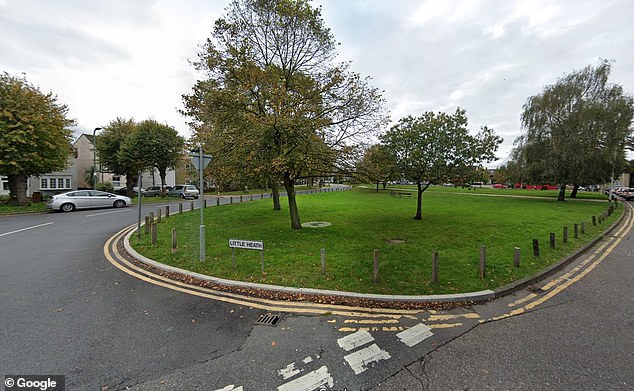 It follows PCSO Ms James, 53, being found dead with significant head injuries on April 27 – more than one week ago.

She had been working from home before taking her Jack Russell, Toby, near her home in Snowdon, Kent.

Police said today that there are ‘no suggestions’ the two murders are ‘linked in any way’.

Chief Superintendent Stephen Clayman, BCU commander for Barking and Dagenham, Havering and Redbridge, said: ‘I understand the concerns around safety that will arise from this, particularly from women, and we have increased patrols in the area from our local policing teams.

‘Community safety remains a high priority and I urge anyone who has any concerns to speak to my officers when you see them or contact us.’

Russia could have been 'associate member' of Nato in 1990s