Police continuing the hunt for Claudia Lawrence have drained a fishing lake in their latest desperate bid for clues more than a decade after her disappearance.

Six specialist officers were pictured working in Sand Hutton, north Yorkshire which is eight miles from chef Claudia Lawrence’s York home, after they searched the gravel pit in the area just days ago.

Experts used machinery to remove mud and rocks from beneath the surface of the water, while officers on land conducted fingertip searches through the leafy woodland as the hunt intensified.

The area was previously the subject of an investigation of terrain and surroundings around two years ago, with the results being passed onto relevant authorities only this week. 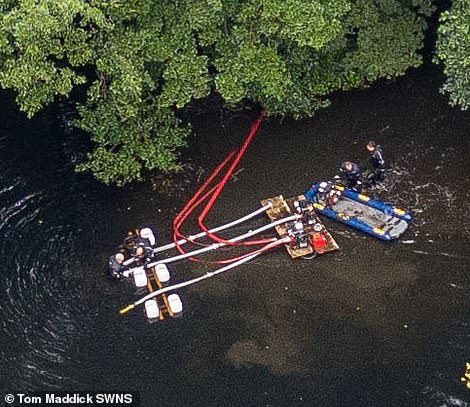 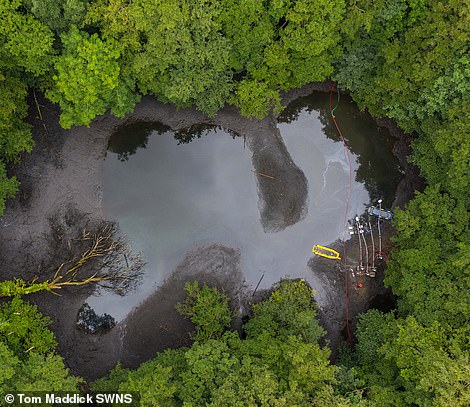 Machinery pumps have been used to filter out the lake in Sand Hutton, north Yorkshire to make it easier to hunt for clues into Claudia’s disappearance 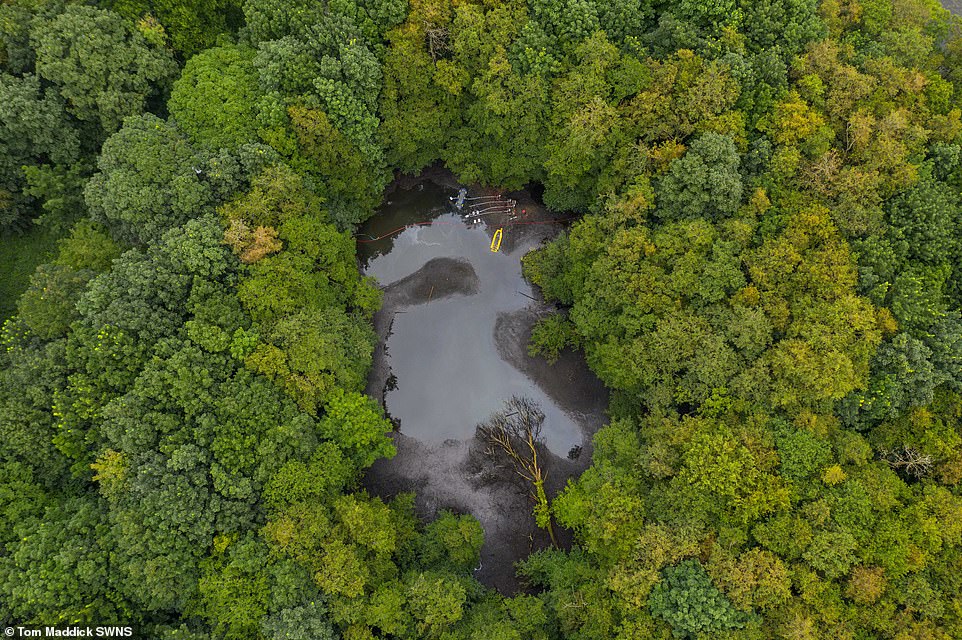 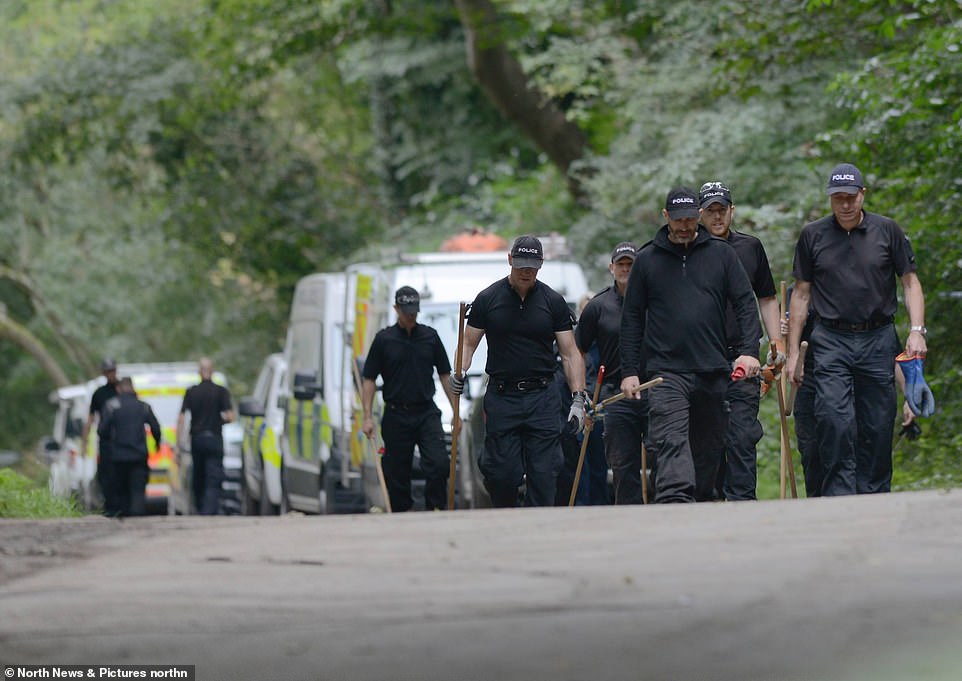 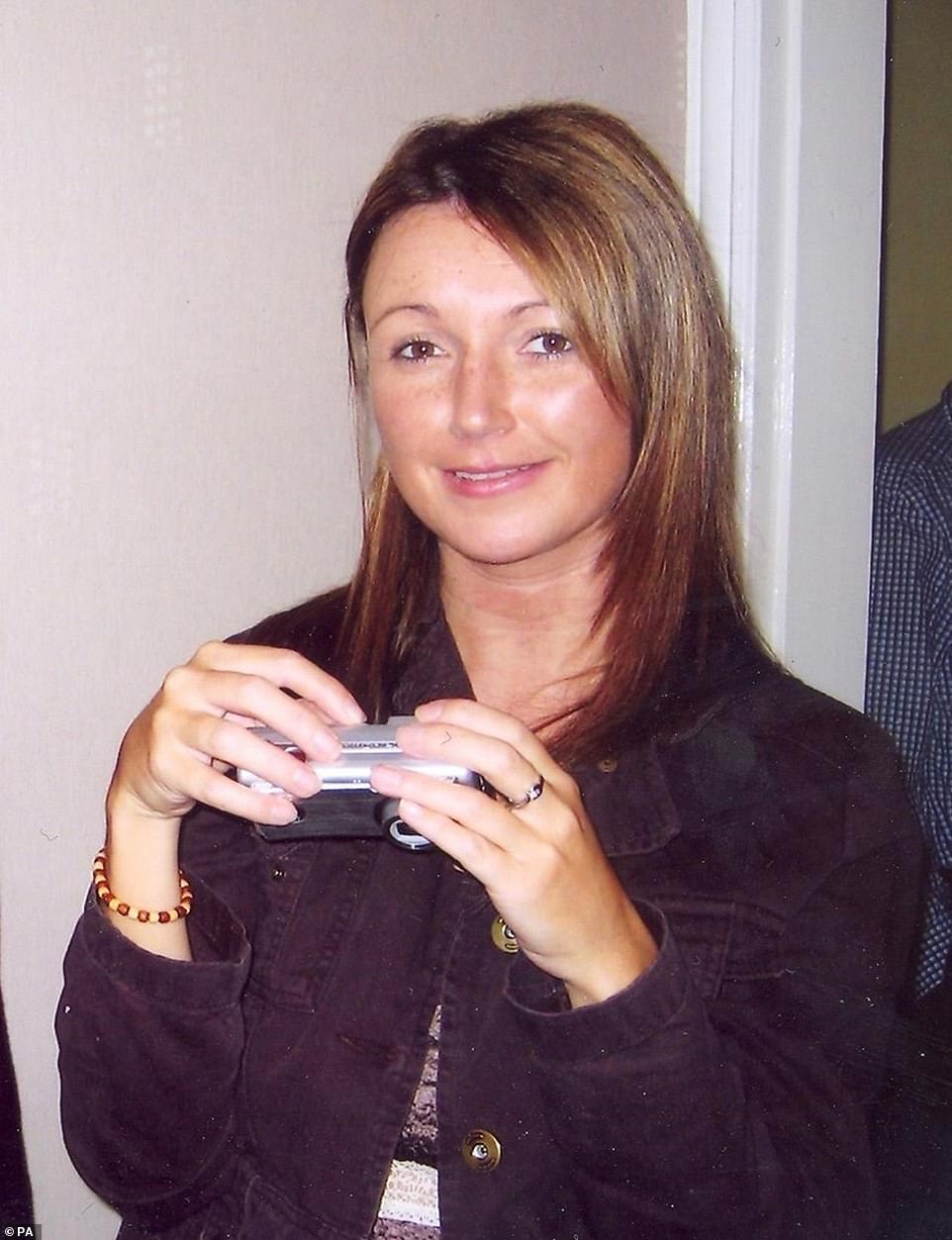 Chef Claudia Lawrence failed to arrive for work at the University of York on March 18, 2009 and is presumed dead by officers

Detectives left the smaller of the two lakes empty, as Claudia’s mother Joan, 78, reiterated her fear of bad news as the police probe escalates.

She told The Mirror: ‘As a mum, hearing about a lake being drained and a fingertip search being carried is just a nightmare.

‘No parent should ever have to endure this. I’m left wondering every day what is going on and what might be found.

‘Would it be her rucksack, her phone or anything at all?’

Specialist officers and staff, including underwater search teams, and forensic experts have spent recent days at the site. 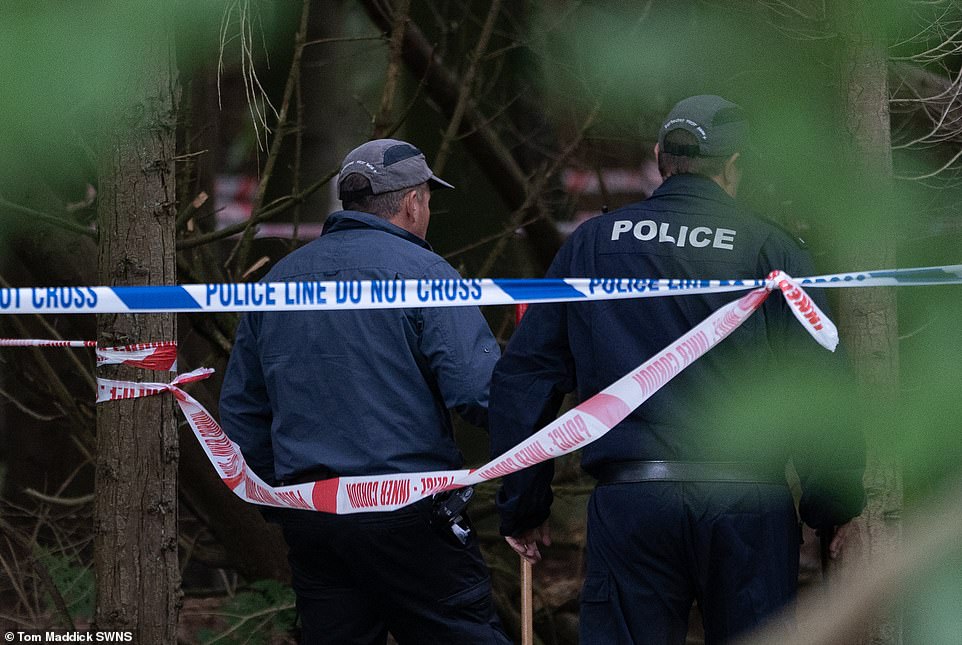 The fishing spot near York, is being searched by Yorkshire Police officers investigating the suspected murder 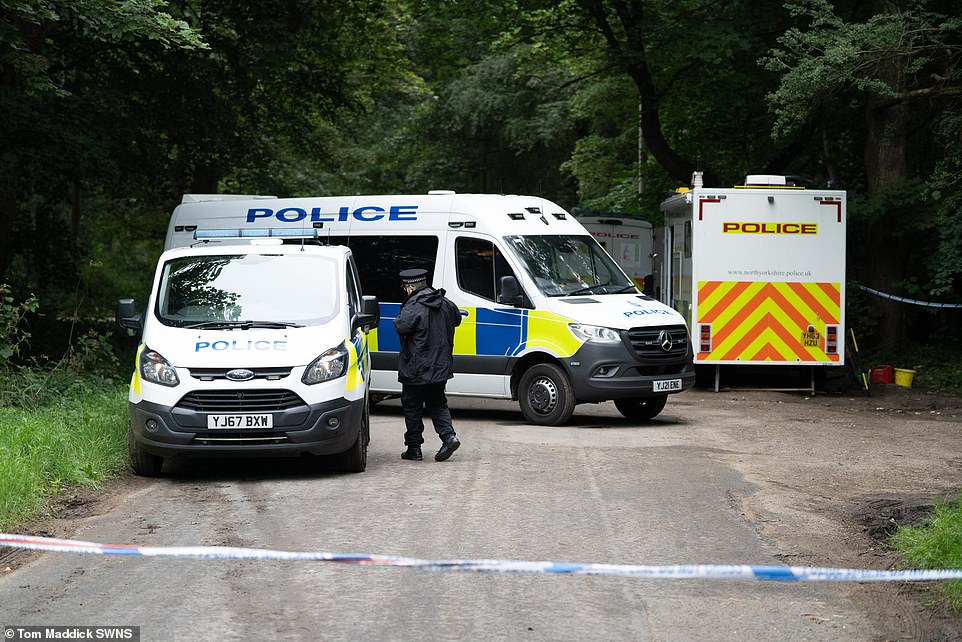 Police search woodland and drain a lake at Sand Hutton Gravel Pits, near York, in the search for Claudia Lawrence on August 27 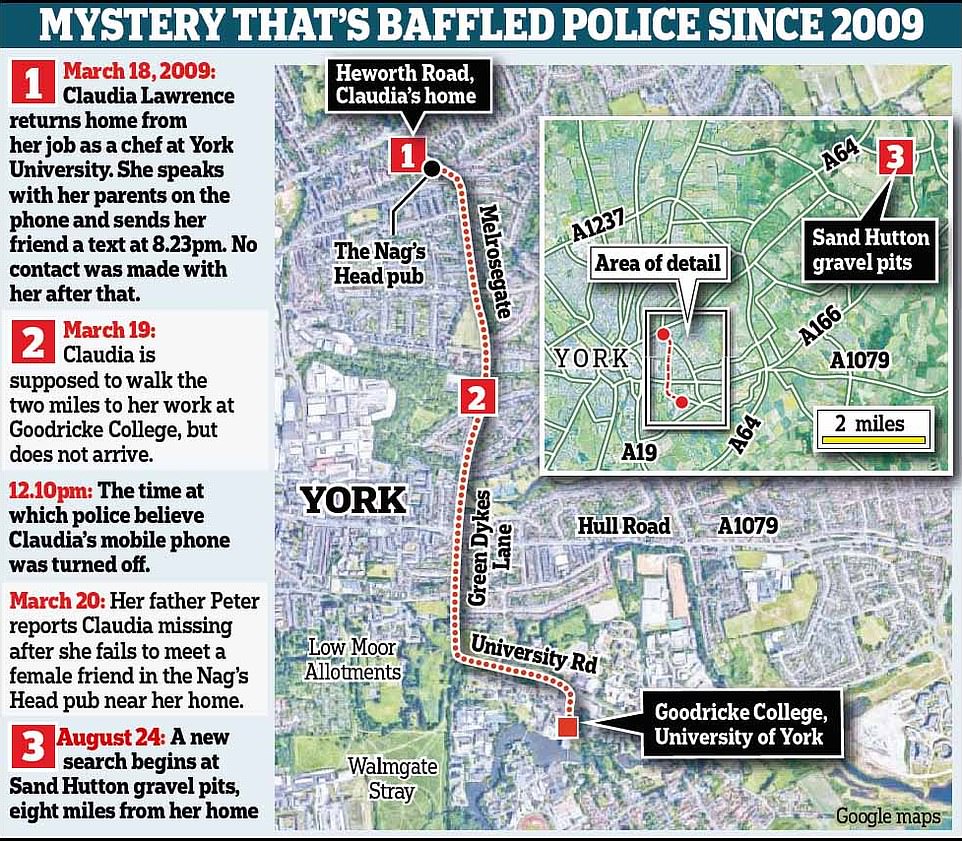 Joan revealed she was not informed by police that they were planning to drain Sand Hutton’s gravel lakes, and suspects they are working on a new line of investigation.

‘The police must know something to go to all this work,’ she told the Mirror.

‘They know something and I don’t – the not knowing is awful. I can’t get on with life while Claudia is missing.

‘It affects every minute of my day. I’ve started having really awful nightmares again. This is the reality of living with a missing child and a live investigation.

‘I am begging anyone with any information to come forward and end this eternal pain I have to endure constantly.’

Miss Lawrence was reported missing after she failed to arrive for work at the University of York on March 18, 2009.

North Yorkshire Police has conducted two investigations and questioned nine people in relation to her disappearance and suspected murder, but no charges have ever been brought.

Police believe Ms Lawrence – who lived in the Heworth area of York and worked at York University – was murdered, although no body has ever been found.

Detective Superintendent Wayne Fox said: ‘I thank the public for the positive responses and new information received in support of the current phase of the investigation.

‘Our focus is on finding Claudia and bringing those responsible for her disappearance and suspected murder to justice.’

It came as Claudia’s mother Joan Lawrence said she feared the double killer Christopher Halliwell could be connected to the case. 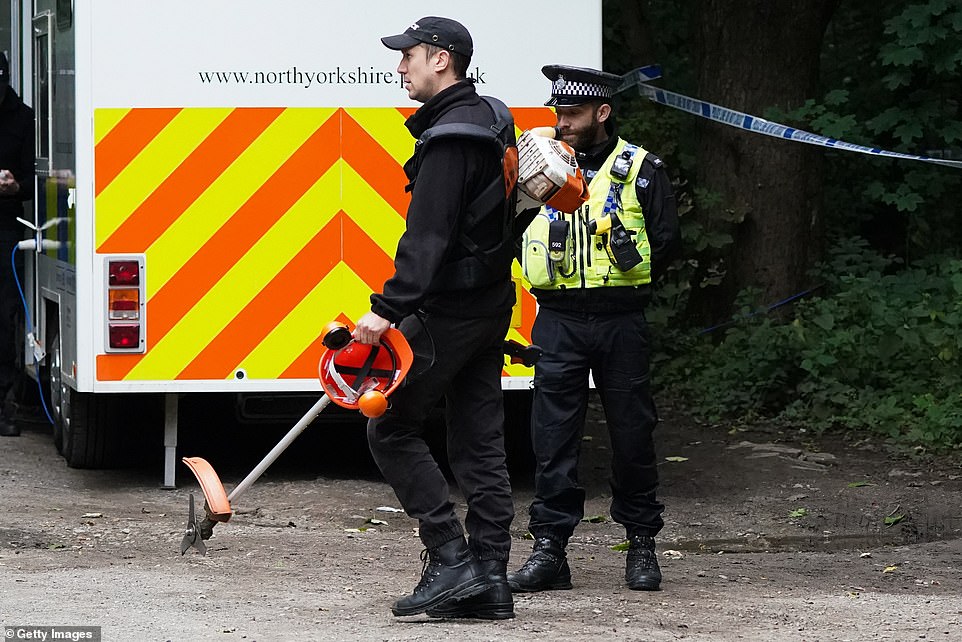 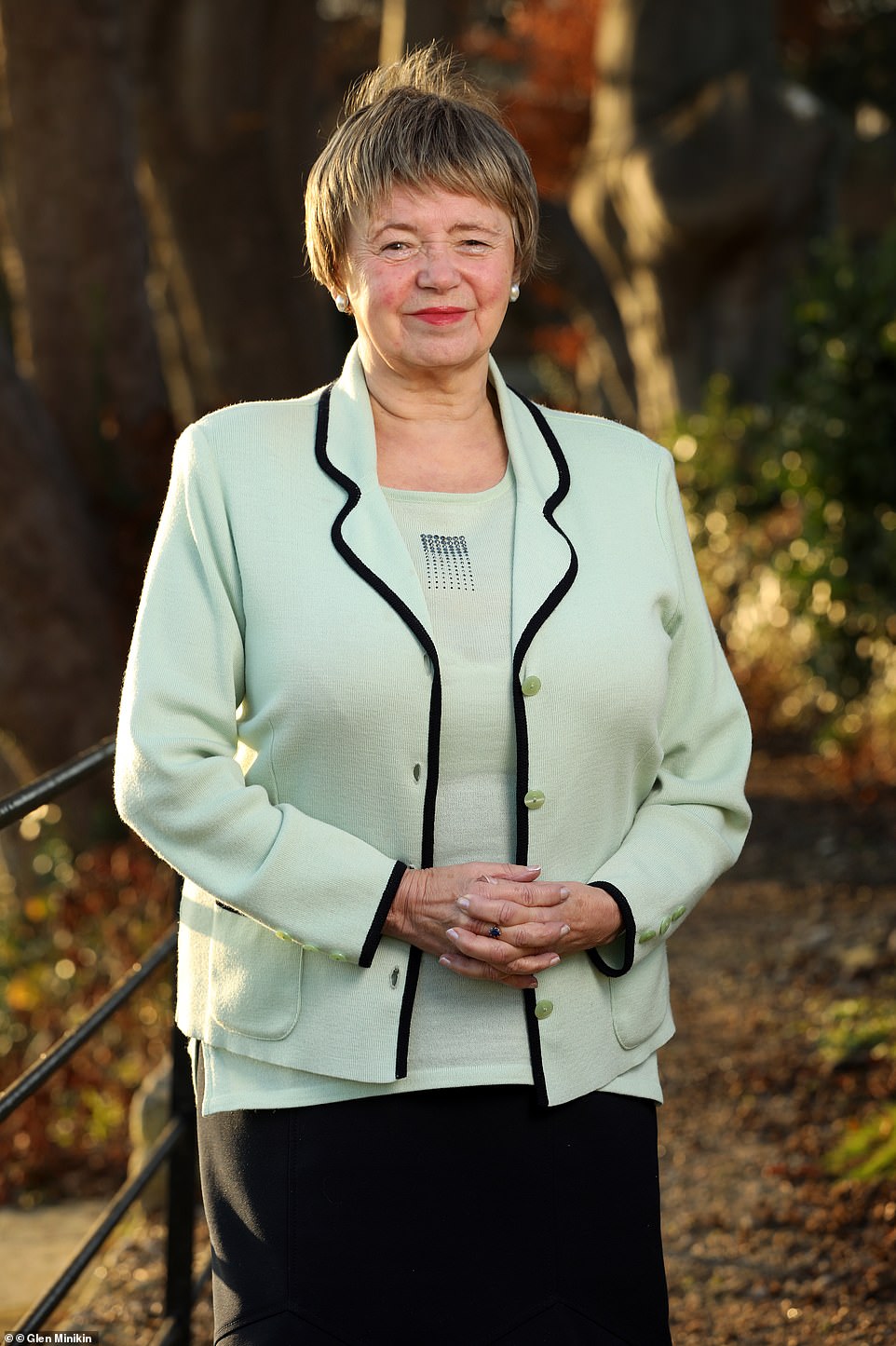 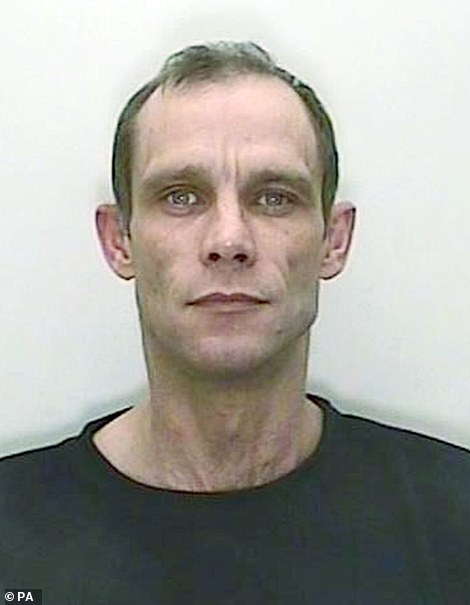 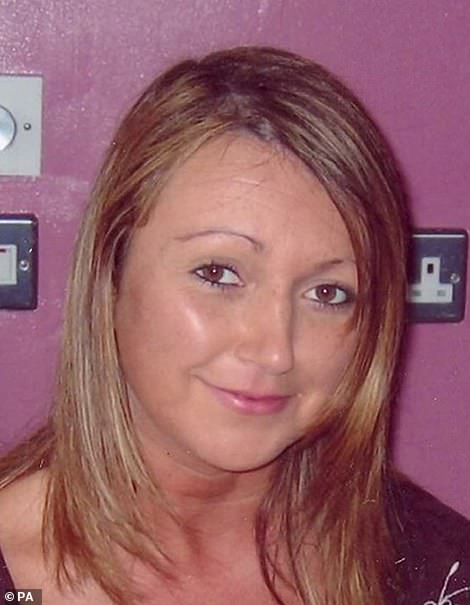 Halliwell, 57, is behind bars for life for murdering Sian O’Callaghan, 22, and Becky Godden, 20, in two brutal attacks

Keen fisherman and cabbie Halliwell, 57, is behind bars for life for murdering Sian O’Callaghan, 22, and Becky Godden, 20, after snatching them from nightclubs.

But many connected to his case believe he has further victims, including Ms Godden’s mother who has previously said she knew of a witness who saw Halliwell talking to Claudia back in 2019 before she disappeared.

Stephen Fulcher – the detective superintendent who caught the killer – has also gone on record to say there were ‘clear indications’ he had other victims, although did not go as far as name them.

The date of the year Claudia disappeared, March 18, 2009, is also the same date years later Halliwell abducted and killed Sian.

It is thought the day is significant because he was dumped on that same day by an ex over a decade ago.

Joan explained: ‘Something always bothered me about Halliwell and leaves me feeling very uneasy.

‘The police may not have proved he had anything to do with my daughter’s disappearance, but they haven’t disproved it either,’ she added to the Mirror. 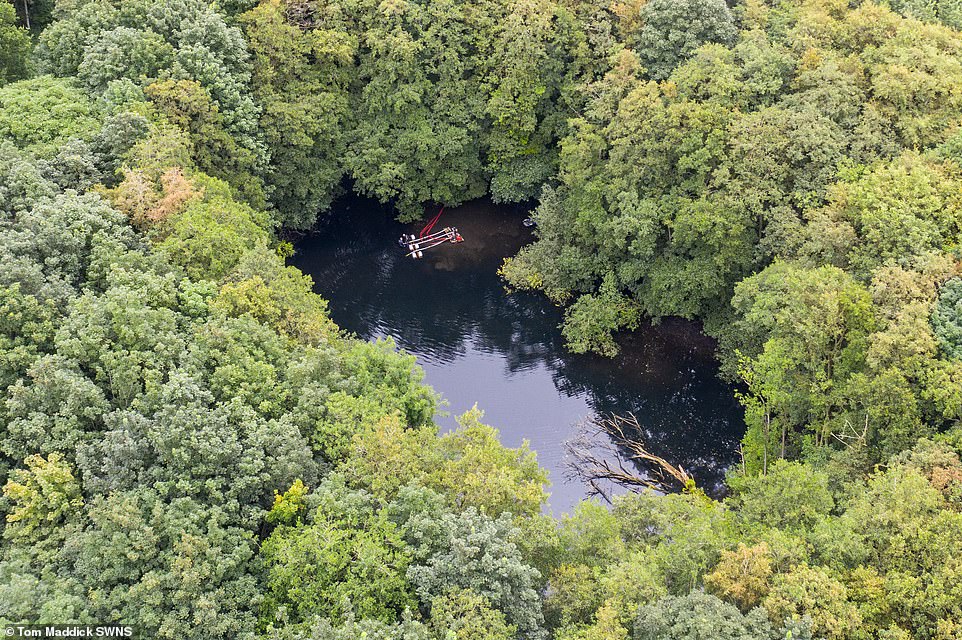 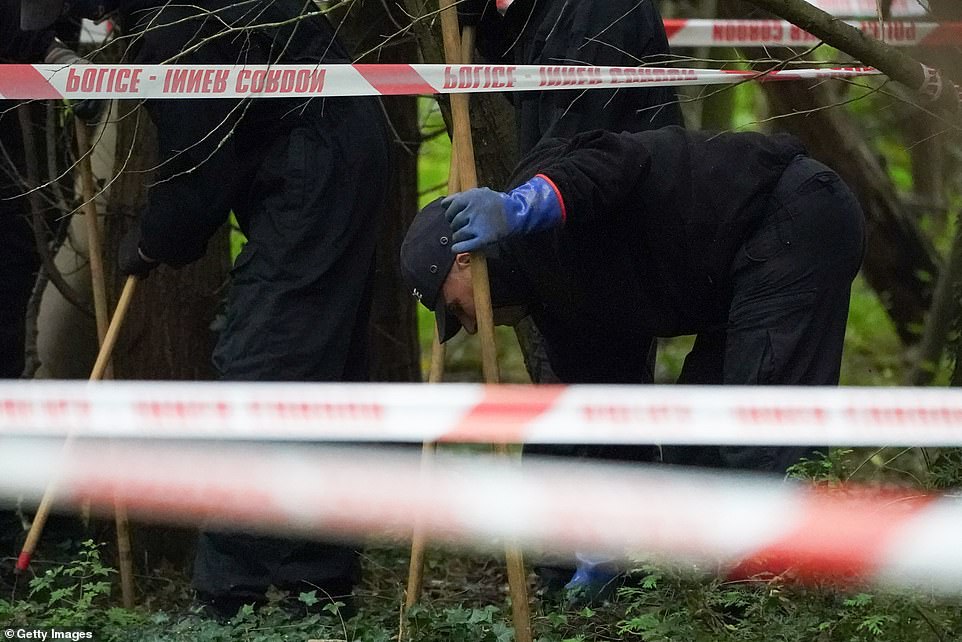 Earlier this week, Joan Lawrence said she has been doing everything to keep herself busy after police scoured woodland and a fishing lake eight miles from her York home yesterday.

She explained: ‘It’s been truly awful and every parent’s worst nightmare.

‘I’d rather have no news than bad news, but I do dread there being bad news. I pray for answers every day. I am really thrown by what is happening now.

‘They’ve made me nervous. What are they searching for? The bag, for the phone? For her? I’m worried about my daughter but it’s always been my instinct that she is still alive. I can’t give up hope. That’s what keeps me going.’

She said the constant stress she has lived with for 12 years since Claudia’s disappearance has left her with alopecia and having to wear wigs.

The police’s sudden interest in the area at Sand Hutton to the east of York could only have been sparked by new information, a friend told MailOnline on Wednesday. 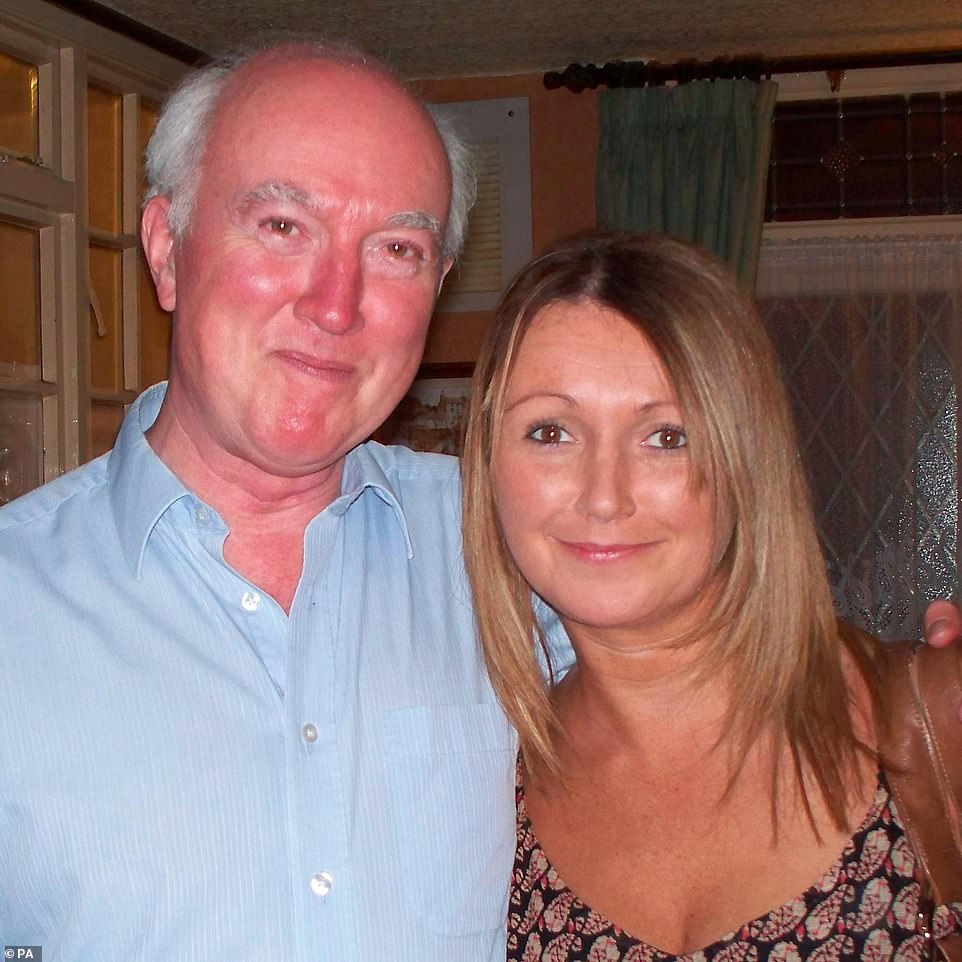 Claudia Lawrence (right, with her father Peter) was reported missing after she failed to arrive for work at the University of York on March 18, 2009

Experts explained they expected the specialist divers to dredge the lake to conduct ‘fine fingertip searches’ and use ‘underwater metal detectors’ to scour the area for evidence.

Peter Faulding of Specialist Group International, a diving forensic team not involved in this search, told MailOnline it appeared as if they were trying to displace silt and debris on the lake floor.

He said: ‘I think what they are doing is using a suction dredge that will remove gravel and leaf mould from the pit by sucking it to the surface where is passes through a mesh to enable the forensic teams to look for any evidence.

‘This suction dredge is controlled by a diver on the bottom in a specific grid pattern so nothing is missed.

‘They will also be conducting fine fingertip searches over the same area and using underwater metal detectors for items of jewelry and other evidence.

‘I would imagine they are searching with some very good intelligence.’

Martin Dales, a friend of Miss Lawrence’s late father Peter, told MailOnline: ‘The police did everything they could at the time, searching the river, the waters at the university.

‘You don’t press the button on an operation like this unless there is a good reason for it.

‘There must have been some kind of new information about this area.

‘I can think of a lot of places as far away that have not been searched before.

‘I don’t know where the decision to search here has come from – nobody knew anything about it.’