A PLUMBER "waggled" his penis and asked police to "search under my balls" during a boozy birthday night out, a court heard.

Harvey Wilson, 28, dropped his trousers at 5am while celebrating his birthday in Bolton, Greater Manchester. 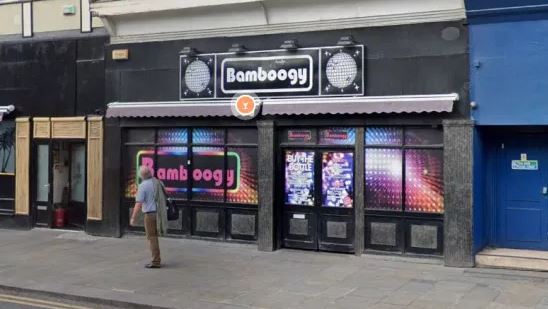 Bolton Magistrates' Court heard he argued with staff at the Bamboogy nightclub and police were called to speak to him and a friend.

When officers approached Wilson and said they wanted to search them, the defendant dropped his trousers and pants.

Prosecutor Betsy Hindle said: "He showed his genitals to the officer and said words to the effect, 'do you want to search under my balls as well?'"

"He did this on a number of occasions whilst handling his own genitalia and waggling it in the officer's direction."

Ms Hindle added Wilson and his friend were "both displaying disorderly conduct and appeared extremely intoxicated".

Wilson, of Heaton, Bolton, ran off but was found half an hour later in a nearby carpark with a small bag of cannabis.

Ms Hindle said: "There was no sexual element. It was obviously silly behaviour of a very intoxicated individual."

Ms Alia Khokhar, defending, said all day Wilson had been bought drinks by family and friends and cannot remember dropping his trousers.

She said: "He accepts he was uncooperative with police.

"He is utterly ashamed of himself. He was quite shocked at his behaviour."

Wilson, who has no previous convictions, told the court: "It was completely out of character. I'm humiliated.

"I just want to put it behind me and get back to work."

Magistrate Ian MacNeil told Wilson: "The lesson to learn is don't get drunk as that.

"On your birthday next year remember that."

What is social distancing and how does it slow the spread of the coronavirus? – The Sun