Manila: Philippine President Rodrigo Duterte says he used to be gay but "cured" himself by marrying beautiful women, drawing outrage from at least one human rights group.

Duterte, in Japan last week, was speaking to members of Tokyo's Filipino community when he appeared to mock political opponent Senator Antonio Trillanes. Duterte said a gay person told him Trillanes appeared to be gay, the Philippines website Rappler reported. 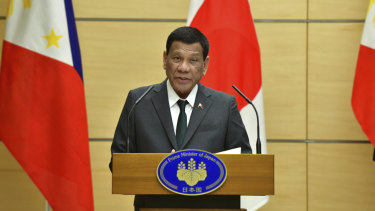 "I said, 'Are you sure?' They said, 'You ask any gay person who sees [him] move, they'll say he's gay,'" Duterte said. "No wonder. Good thing Trillanes and I are similar. But I cured myself."

Duterte said his ex-wife, Elizabeth Zimmerman, was the reason why, according to Rappler. Zimmerman was a flight attendant when they married in 1973. They split in 2000.

"'When I began a relationship with Zimmerman, I said, this is it," Duterte told the crowd. "I became a man again." 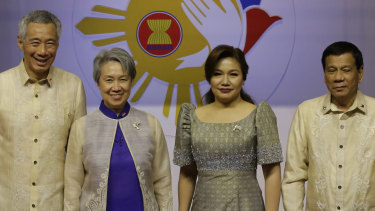 "President Rodrigo Duterte's outrageous remarks are just another attempt to divert attention from his administration's long record against human rights," Freedberg said. "Instead of making insulting and often nonsensical remarks about LGBTQ people and marginalised communities, it is high time that he takes action to end the well-documented human rights abuses committed by government and security forces officials across the Philippines."

CNN also reported on the story, although its version says cites Duterte's current partner, Honeylet Avancena, for Duterte's commitment to women. Duterte and Avancena have been linked since the 1990s, and they have a child together.

Duterte has also often used words that mean "gay" in his language to insult political foes. And in 2016, Duterte used a homophobic slur to describe a US envoy.

But he has waffled on his position on gay rights. He expressed acceptance of gays while running for the office he has held since June 2016. Rappler notes that in March 2017, Duterte said marriage was only for a man and woman under Philippine law. But by the end of the year, he told an LGBTQ gathering that he thought the law could be changed to allow same-sex marriage.