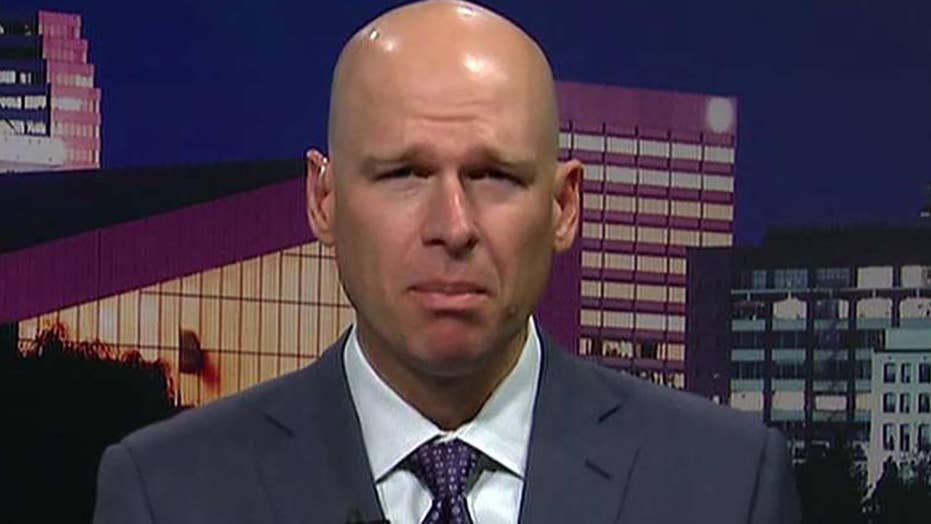 The Freedom from Religion Foundation filed a complaint over the phrase being used after the recitation of the Pledge of Allegiance.

A Pennsylvania elementary school principal will no longer say “God Bless America” following the Pledge of Allegiance after the district received a legal complaint on behalf of a parent who claimed that doing so broke the law.

Peter Brigg, the principal of Sabold Elementary School in Springfield, would say the phrase after reciting the pledge over the loudspeaker.

At least one parent filed a complaint to the Freedom From Religion Foundation. An attorney from the group sent a letter to the district complaining that publicly announcing the expression violated the U.S. Constitution's prohibition of government sponsoring religious messages.

“‘God Bless America’ is a prayer … A Prayer hosted by a publicly supported school does not pass constitutional muster,” the foundation said.

The district released a statement Friday confirming that it received a complaint that reciting the words “God Bless America” over the loudspeaker “violated the law” and that it would stop the practice immediately.

“In accordance with District protocol, this complaint was forwarded to our District Solicitor's Office. Based upon the Solicitor's legal research and recommendation, we ceased this practice. Continuation of any practices that may be unlawful would only expose the District to litigation, which the local taxpayers would have to financially support,” the statement read.

The district went on to say that the administration never altered the recitation of the pledge and that students would still be able to say “God Bless America” after if they choose to do so.