Care worker, 26, sobs as she admits abusing ‘position of trust’ to incite 15-year-old boy to touch her breasts then grope him on New Year’s Eve at a ‘secure training centre’

A care worker wept in court today as she admitted child sex offences against a 15-year-old boy at a secure training centre, including inciting him to touch her breasts.

Ashley Wright, 26, took advantage of the boy at various locations including the training facility in Buckinghamshire between May 2019 and January 2020.

Wright appeared at Kingston Crown Court via videolink from her home in Wigston, Leicestershire, with tears streaming down her face during the short plea hearing.

She made the boy grab her breasts on October 21, 2019, and touched him inappropriately on New Years Eve 2019. She also sent the victim sexually explicit texts on November 13, 2019, the court heard.

But she denied sending the boy a sexually explicit handwritten love letter, and the prosecution offered no evidence in respect of that charge.

Judge Georgina Kent adjourned the case for a pre-sentence report but warned Wright she could face jail when she is sentenced on June 22. 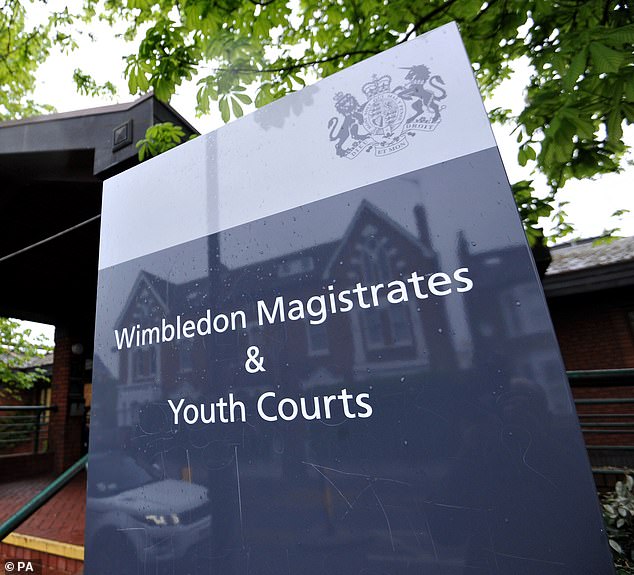 Ashley Wright, 26, pleaded guilty to abusing a position of trust to incite the child to engage in sexual activity while she was working as a secure care officer at the unit in Buckinghamshire

They can be reported after a further charge of engaging in sexual communications with a child was discontinued at Kingston Crown Court.

Wright appeared by video-link, wearing an open-collared striped shirt and dark blazer, speaking to confirm her name and date of birth.

She sobbed as she was asked if she admitted the charges at the magistrates’ court, answering: ‘I do, yeah.’ She denied a further charge of engaging in sexual communication with a child in respect of the letter.

Wright was bailed on condition she does not contact her victim, enter the M25 other than to attend court, or meet children without supervision from another adult.

She is currently on the Sex Offenders Register, and the prosecution are seeking to impose a Sexual Harm Prevention Order.

The judge said: ‘The ordering of the report is no indication as to outcome. These are very serious offences, and the custody threshold has been crossed.’

Wright was granted bail on the conditions she does not contact the victim, does not enter the M25 and has no contact with anyone under the age of 18 unless supervised by another adult.

Italian prosecutor seeks life for US men charged with murder