Please look after these bears! Paddington bears left in tribute to the Queen are sent to Camilla’s children’s charity

He is the mild-mannered bear who became such a reassuring symbol of comfort after the Queen’s death that more than a thousand stuffed toys were left in tribute in Royal Parks and at Palace gates.

Now – just like the ‘real’ Paddington – the mementos left by mourners are to find a very good home.

Buckingham Palace has announced that the teddies are to be donated to vulnerable children supported by the Barnardo’s charity. Given that Paddington was an orphan himself, the choice could not be more apt.

The Queen Consort is patron of Barnardo’s and posed with just some of the collection on Thursday, before meeting young carers from the charity at Clarence House the following day. 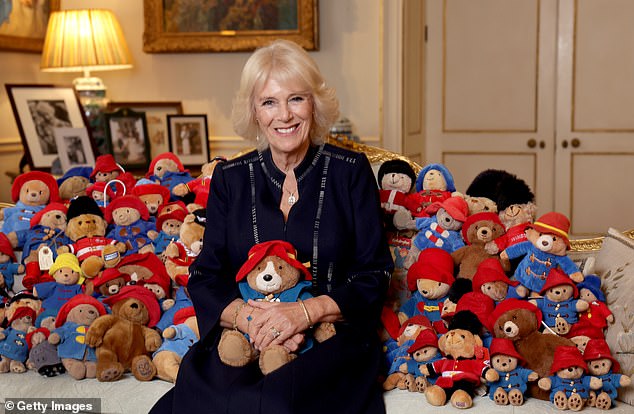 Camilla, Queen Consort, pictured at Buckingham Palace surrounded with a collection of the cuddly Paddington Bear toys that were left around London after the Queen died in September 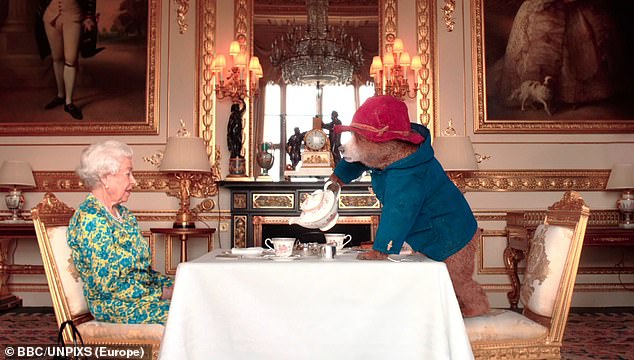 Paddington became a totem for the Queen in the days following her death because one of her last public appearances was in the delightful sketch she filmed with him for her Platinum Jubilee.

Mourners left so many stuffed toys, as well as the character’s beloved marmalade sandwiches, amid the floral tributes that Royal Parks bosses had to urge them to stop. Prince William later said he got ‘choked up’ seeing the Paddingtons, admitting: ‘It is the things you don’t expect that get to you.’

They will be given a good bath – or more accurately a professional steam clean – before being donated to Barnado’s. 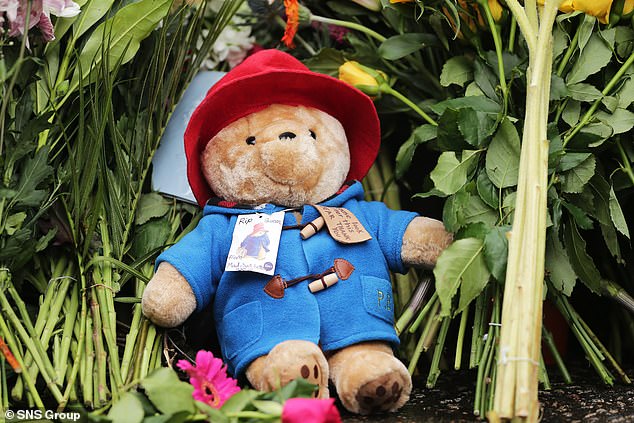 A Paddington Bear left outside Balmoral Castle, where the Queen died on September 8 2022

The Queen was patron of the charity from 1983 to 2016 before handing over to Camilla, who was already its president. And the Queen Consort posed with the toys in the Morning Room at Clarence House on Thursday – 64 years to the day that author Michael Bond’s first Paddington book was published.

It told of how the bear from ‘darkest Peru’ was taken in by the Brown family who found him at the London station that shares his name, carrying a battered suitcase and wearing a duffel coat with a label saying: ‘Please look after this bear.’

The late Queen had charmed TV viewers with the Jubilee sketch depicting her taking tea with Paddington at Buckingham Palace, revealing that she kept a marmalade sandwich in her handbag. 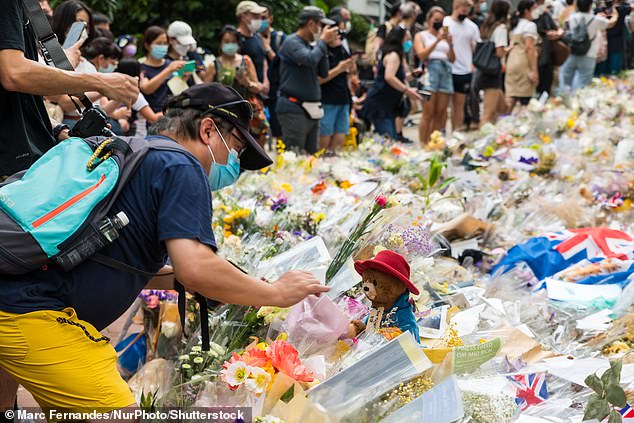 The skit was actually filmed, amid great secrecy, at Windsor Castle, and led to the bears being left alongside flowers in London’s Green Park and Hyde Park after the Queen’s death.

Almost 200 volunteers collected up all the tributes, loading them on to wagons drawn by two grey Shire horses.

Barnardo’s chief executive Lynn Perry said: ‘Her Majesty was Barnardo’s patron for more than 30 years, and we are honoured to be able to give homes to the teddies that people left in her memory. We promise to look after these bears who will be well loved and bring joy to the children we support. We are incredibly grateful to the Queen Consort for her support.’

Tom Jarvis, at the Royal Parks, said: ‘Over the last few weeks, we have been looking for a fitting and appropriate use for the hundreds of teddy bears left to honour the Queen. We are delighted they will now bring joy and comfort to children supported by Barnardo’s.’