Students at an esteemed Oxford University college are threatening a ‘rent strike’ over a cockroach infestation in their bedrooms and communal kitchens.

Lodgers at Exeter College will stop paying their battels – a term at Oxford for food and accommodation costs – unless the swarms of insects are exterminated.

Others have refused to pay their fees until they are reduced or receive clearer information from the institution.

Undergraduates at the university’s fourth oldest said they were ‘disgusted and let down’ by the conditions and claimed cockroaches had muscled into two kitchens and at least five rooms. 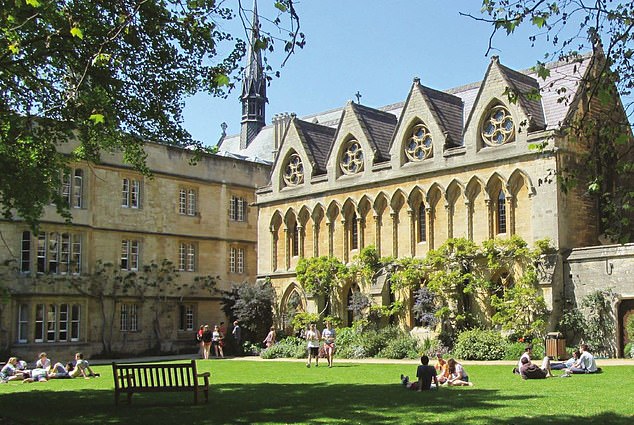 Lodgers at Exeter College, Oxford, (pictured) will stop paying their battels – a term at Oxford for food and accommodation costs – unless the swarms of insects are exterminated.

Staff told newcomers the first and second floor would be closed for a few days during freshers week due to maintenance work.

They added that due to ‘unforeseen maintenance issue’ both kitchens would not be open until October 17 at the earliest – leaving as many as 90 students sharing a third floor cooking space.

Exeter College offered a  60 per cent discount at both the Dakota Cafe in Cohen Quadrangle and the centre’s main dining hall.

When students kept seeing the bugs college bosses admitted the issue was a cockroach infestation in the air vents of the first and second floor kitchen.

A statement called them to ensure ‘bins are emptied frequently and no food items are left uncovered overnight’.

College chiefs responded by offering replacement rooms to the affected students and said pest control was being treated ‘as a priority’.

A college spokesperson said: ‘Following sightings of cockroaches in a college building, pest controllers are taking appropriate measures to eradicate the insects as quickly as possible, including fumigation of the affected communal kitchens, which are closed, and the deployment of monitors.

‘We deeply regret this unfortunate situation and have offered compensation to our affected students.

‘We are grateful for their patience and support as we take the necessary action, and we will continue to keep them updated.’

Airbnb in a converted shipping container dubbed an 'abomination'