Amid the doom and gloom of the Liberal Party's election campaign, this week’s policy pledge to reduce the cost of public transport should be a cause for optimism inside the opposition.

For those that missed it, the Coalition has vowed to cap public transport fares at $2 a day for commuters, if elected next month. It also pledged to slash V/Line fares, but more on that later. 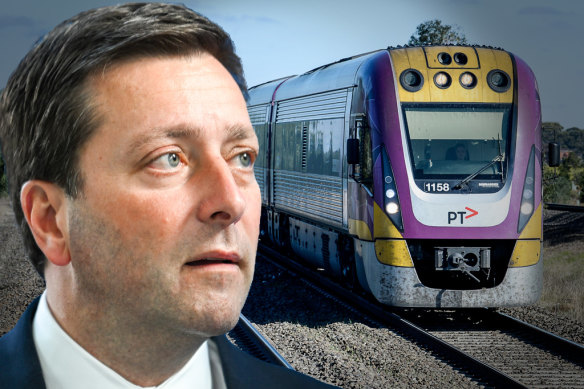 Until now, both parties have prioritised spending on the state’s crumbling healthcare system, and rightly so. But pollsters believe there is a cynicism in the community about the hospital spendathon. Voters know that despite the cash commitments, it will take time to train healthcare workers, build hospitals and reduce the elective surgery waiting list.

It’s no secret that the electorate is also desperate for more help from the government to ease cost of living pressures. According to The Age’s own survey of about 5500 subscribers and readers, released on Monday – more than one third of voters aged under 45 identified cost of living policies as a vote changer. For those aged over 45, it was one in four.

Despite this, neither of the major parties had come up with an easy-to-understand policy that would allow voters to keep more money in their pockets.

This doesn’t mean the Coalition’s policy is perfect, far from it. But ignore for a moment the concerns of experts warning that such a policy will worsen the gap between rich and poor by benefitting wealthier households. This is a political contest after all, and Liberal strategists – and honest Labor ones – know that it will be popular with voters struggling with cost of living pressures. 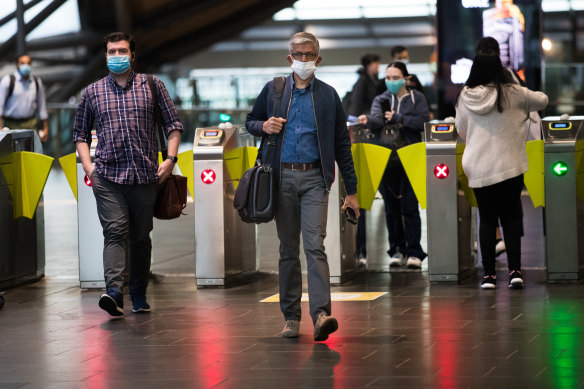 Even Labor recognises that the opposition’s plan to cut fares would help voters facing cost of living pressures.Credit:Jason South

"They are the first one to kick off something that deals with the cost of living pressures. It's not the dumbest thing they have done," one Labor insider generously quipped this week.

This measured praise of the Coalition’s move is a recognition that, as a policy, it is easy to sell. For commuters travelling to the city from Laverton, Box Hill, Clayton or Macleod, the price of a zone 1 and 2 fare will fall from $9.20 to just $2. Tangible examples like that give Coalition MPs and candidates an easy pitch.

Compare that to Labor’s energy rebate, which requires households to use a recent residential electricity bill, visit a price comparison website, enter personal details and then wait for the cash to land in their bank accounts. Sure, it’s free money, but it requires some paperwork and some explaining.

Slashing transport costs works as a policy, which is why Labor governments abroad and in Australia have also implemented similar schemes. In New Zealand, the Ardern government responded to the sharp rise in petrol prices by cutting public transport fares in half. Western Australia’s Labor Premier Mark McGowan also capped train, bus and ferry fares ahead of the last state election. 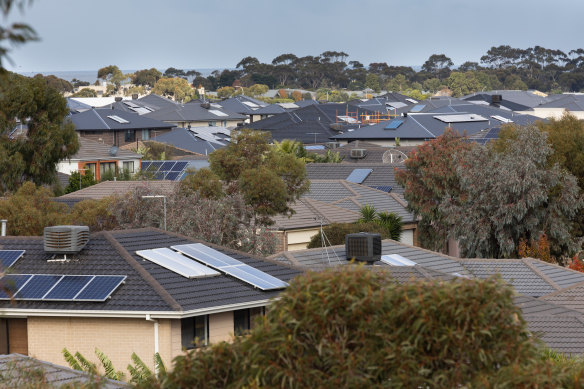 Labor’s energy rebate was attractive, but it required people to apply to benefit.Credit:Jason South

It also allows the Coalition to targets swinging voters in metropolitan suburbs the Liberals need to win. As one political Labor strategist said: “If you are going after Ashwood, Box Hill, Hawthorn, or the sand belt, this policy makes sense”.

According to the most recent census data, in Box Hill almost 30 per cent of workers aged 15 years and over use public transport to get to work, compared with a statewide average of about 13 per cent. In the must-win seat of Hawthorn, it’s about 30 per cent.

These, of course, are pre-pandemic statistics and the numbers of commuters on the train, bus and tram networks have dropped dramatically. But that also allows the opposition to sell its policy as a way to bring people back to the city, get cars off the road and reduce emissions. But ultimately, it is a cost of living measure, which is why it was primarily prosecuted by shadow treasurer David Davis during the shadow cabinet discussion.

Yet, as with most of the Liberals’ problems, the seemingly chaotic execution of the policy and internal party troubles have limited the opposition’s chances to capitalise on this pledge. Even the best policies can be sabotaged.

Some Coalition MPs are frustrated with leader Matthew Guy’s office for attempting to announce the $2 public transport cap without immediately offering discounts to regional transport users. It’s allowed for deserved criticism and meant that when regional discounts were offered, it looked reactive and rushed.

Adding to the Coalition’s woes this week was the resignation of the party’s in-house legal counsel, just seven weeks before the election. The Coalition should be thankful that such internal woes usually don’t influence votes – unless, of course, the chaos and resignations continue.

Opposition MPs are buoyed by the transport promises, but there is a lingering concern that further strong policy announcements will be overshadowed if the internal political drama is allowed to seep into the public's consciousness.