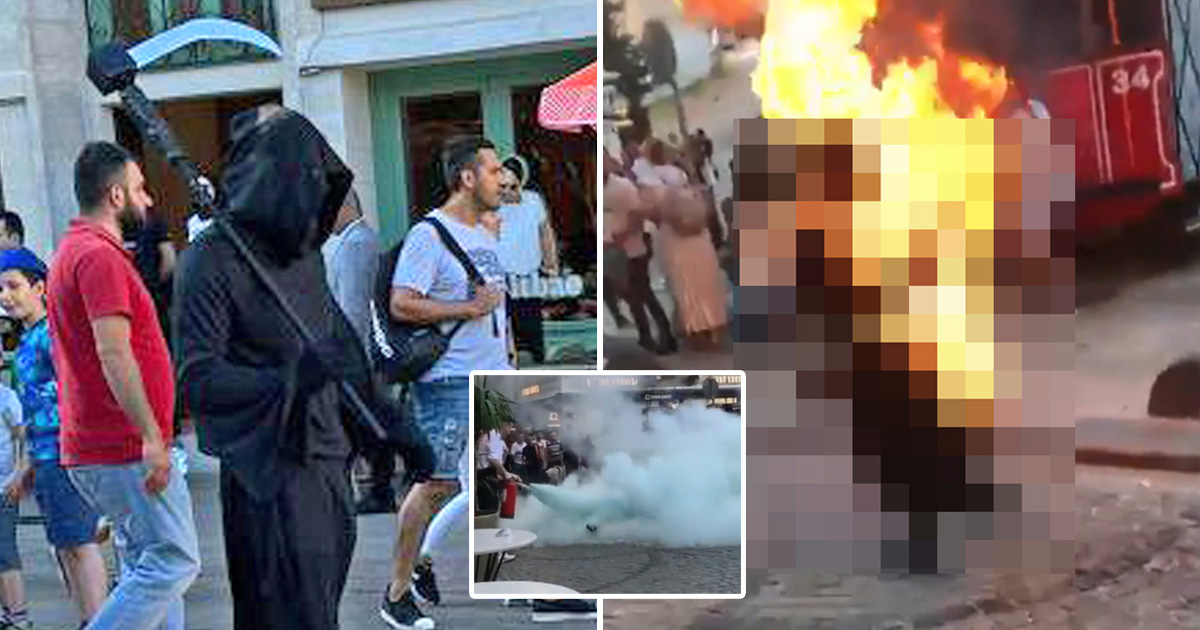 Horrifying video footage shows a man setting himself alight in a popular tourist spot in Istanbul.

Panicked onlookers could be seen trying to find a fire extinguisher, while others took selfies as the man was burning in the background at the historic Galata Tower in the city.

The video shows the man holding his arms in the air before dropping to his knees as his body was set alight.

Afterwards he lies on the ground as onlookers watch on in disbelief at the scenes.

One heroic onlooker emerged from a local café to put the fire out and stopped the man from burning further.

But one man and woman could be seen holding a phone to take a selfie as the shocking scenes unfolded behind them.

Police and paramedics quickly arrived at the scene, but it is not yet clear what prompted the man to carry out the act.

The man, who has not yet been identified, was incredibly able to speak with authorities after the ordeal.

Local media reports the man had been seen walking around with a scythe and gasoline in his hand before the incident happened.

He was then taken to a local hospital. The authorities have not yet confirmed how serious his injuries are.

Gender-neutral toilets should not cause controversy, says senior judge