SOCIAL distancing will be scrapped from June 21 to allow pubs and cinemas to fully reopen – but masks are here to stay, it is reported.

The "one metre plus" social distancing rule is set to be ditched under plans to throw a lifeline to venues including restaurants and theatres to let them properly fling their doors back open to customers from summer. 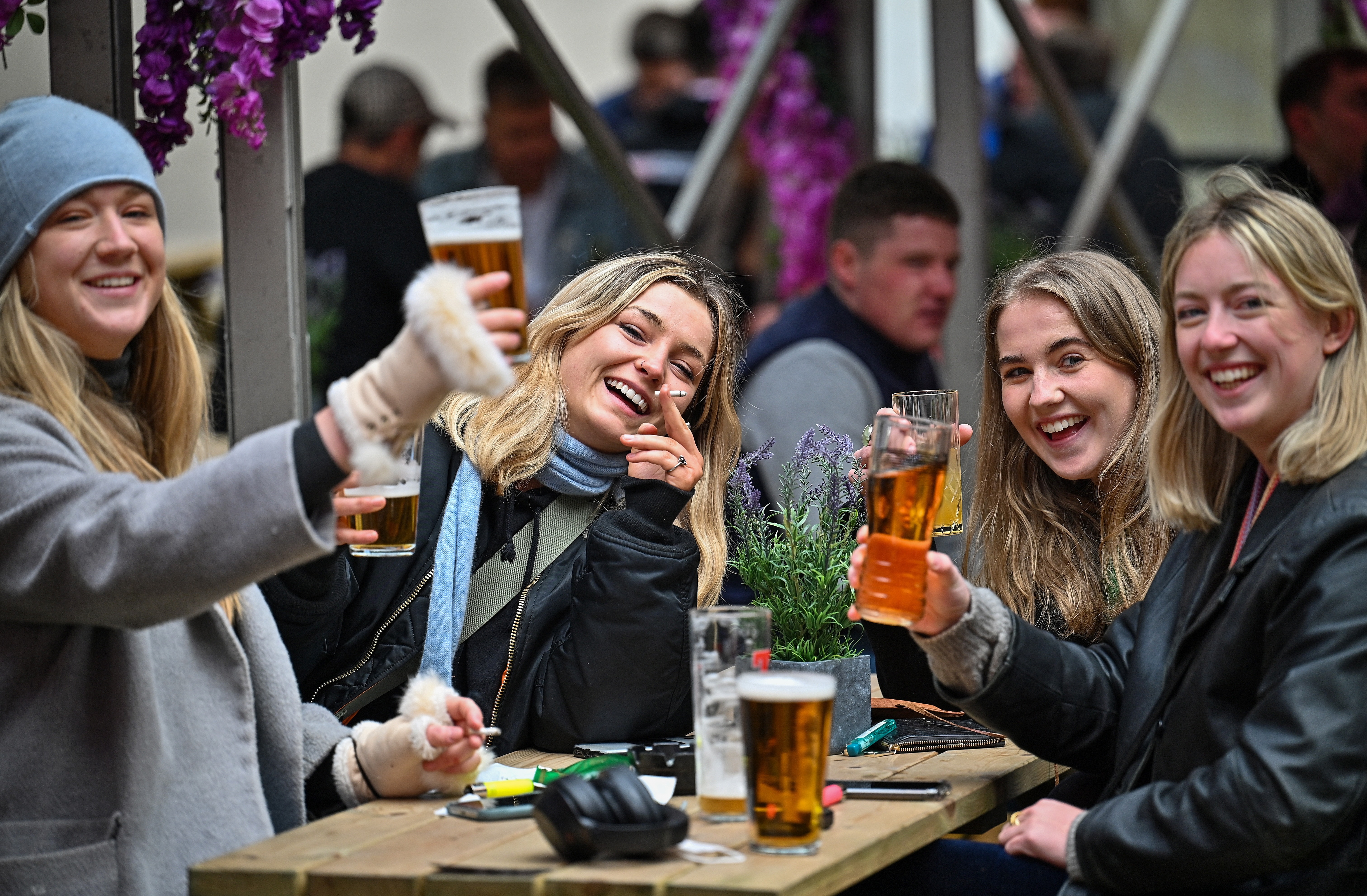 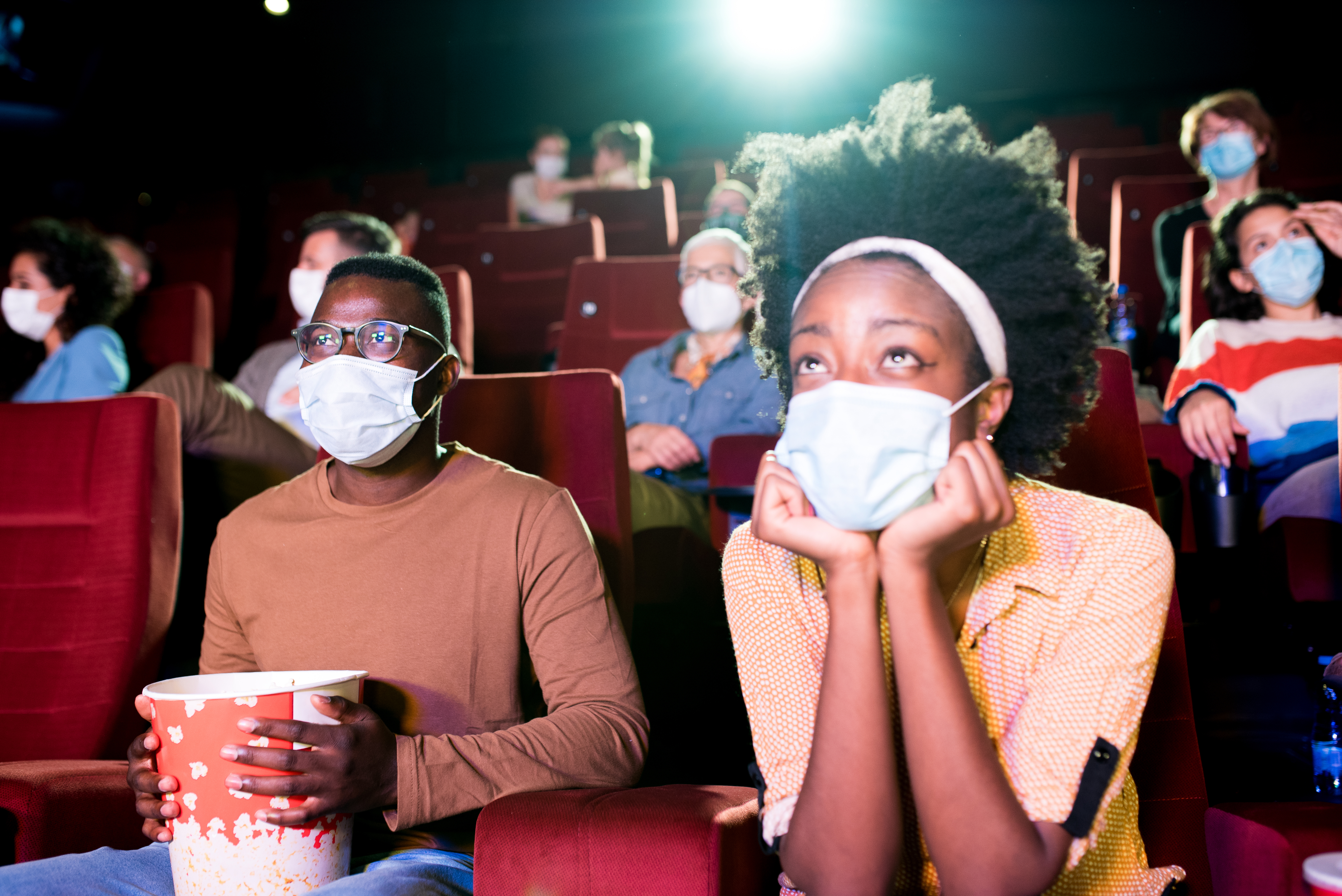 Masks will still have to be worn in some cases, however, to mitigate risks, reports The Times.

It's understood there will be strict rules on ventilation and staggered entry to cinemas and theatres, with audience members required to wear a mask during performances, according to the news outlet.

For restaurants and pubs, it's thought they will need to keep one-way systems, screens, and the need for customers to wear a face covering when not seated.

There will not be a limit on customer numbers, however.

The government’s scientific advisors have admitted the risk of catching coronavirus in a pub or restaurant is “relatively low”.

A government source told the Times, however, that bigger events will still have a restriction on numbers.

It means Wembley Stadium will only be at half capacity for the European Championship final on July 11as the government has reportedly told Uefa that crowd sizes cannot exceed 45,000.

A source said "If you’ve got 90,000 people in a stadium, it’s going to be very difficult. It was always quite ambitious to go to 50 per cent but we’ve told Uefa we’re working on a 50 per cent basis."

A series of pilot events – including a music festival in Liverpool – are being held to provide data on how gatherings can be permitted to safely reopen as restrictions ease.

As part of the national Events Research Programme, Wembley welcomed 8,000 fans on April 25 for the Carabao Cup final clash between Tottenham and Manchester City. 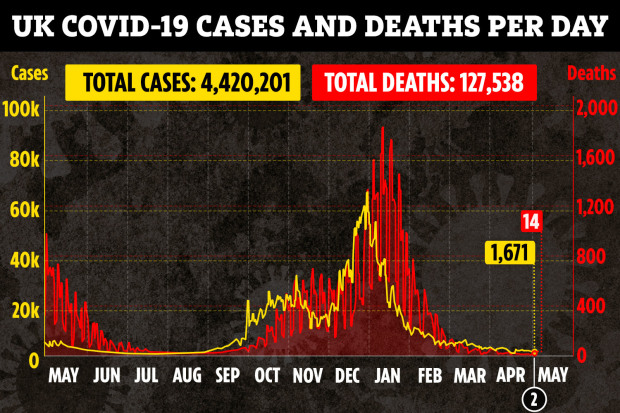 According to the government insider, the evidence so far from the test events is "very positive".

"The general background on data is hugely encouraging in terms of numbers, falling deaths and hospitalisations," they told the Times.

"The pilots have shown us that mitigations have worked sufficiently to allow us to remove social distancing at least in the settings that we really need to in order to get them in a viable position again.

"The kind of thing we’re looking at is keeping in place mask wearing, extra ventilation, staggered entry — all of that has been shown to have worked so far."

It comes after Dominic Raab on Sunday hinted face masks and social distancing could stay in place until after June as he warned Brits not to blow it now.

The Foreign Secretary urged caution in the "last lap" of the battle with Covid as there is just a "little bit more time left".

He said "safeguards" will remain in place until after lockdown lifts on June 21 – the final phase of the roadmap.

Mr Raab told the BBC's Andrew Marr: "We want to get to a position at the end of June where we can get life back to as normal as possible but there need to be some safeguards in place."

When asked what additional measures might be need still, he replied: "It will be around distancing maybe there will be something around masks but I don't want to prejudge it."

Experts have previously said face masks could become the "new norm", with Professor Lockdown claiming they may be around until next year due to new Covid variants. 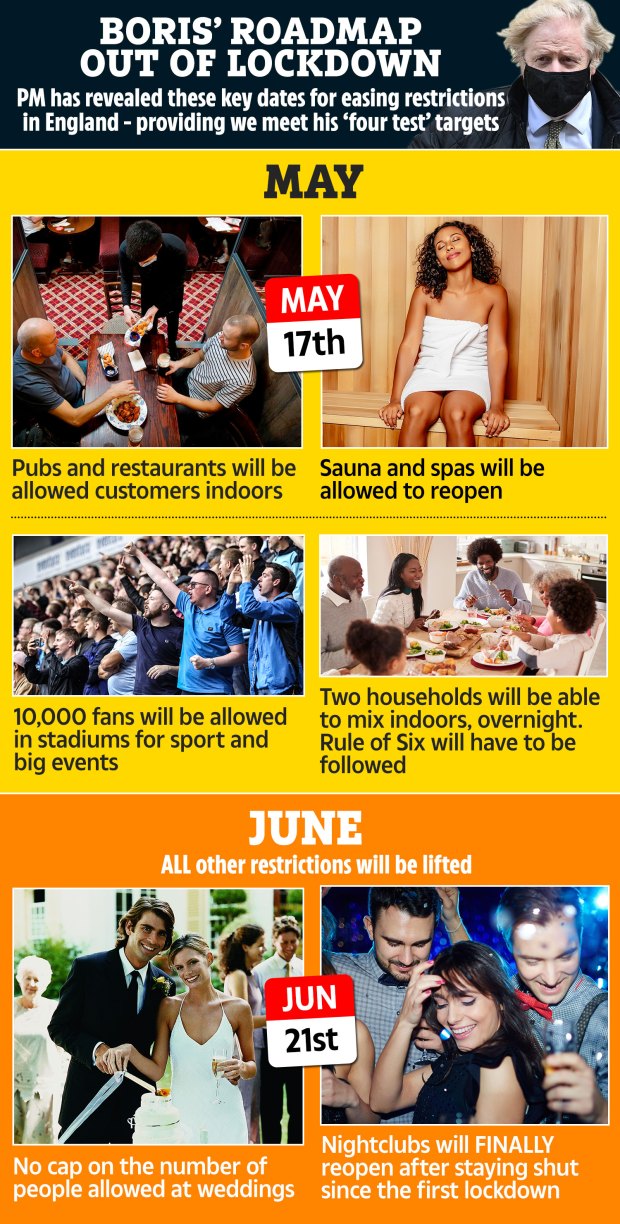 And Tim Spector, a professor of genetic epidemiology at King's College London, said social distancing measures and masks may be kept far beyond current lockdown measures.

But he argued "steady steps" are needed as he urged Brits to take caution over the next few months.

The minister told Sky's Sophy Ridge on Sunday: "I know that people are hankering to go a bit faster but actually we feel vindicated at taking steady steps out of the lockdown is the smart way to go.

"We're very close now to really turning the corner and I think we still need to be careful to go as I said we don't want to see the gains lost and the sacrifices that have been made undone.

"By the time we get to June 21 almost all social restrictions will be lifted so there's only a little bit more time to go, but it's right to make sure we do that in a careful way."

Last month some coronavirus restrictions were lifted – allowing Brits to go to the pub outside, return to the gym and visit all non-essential shops.

And the next step in Prime Minister Boris Johnson's roadmap out of lockdown is set to go ahead on May 17.

From then, Brits can sit indoors in the pub or someone's home and overnight stays are permitted.

Britain's borders will also be reopened for international travel in 16 days, with “a handful” of approved countries published as soon as Tuesday.

If cases remain low, all restrictions should be able to be lifted by June 21.

But experts have called on the government to pull the plug sooner – with cases and daily deaths falling week-on-week.

Coronavirus cases in the UK have dropped by 11 per cent in the past two weeks, with 1,671 new infections in the most recent 24 hour period.

There have been 14 deaths from the virus recorded in the past day.

This time last week, there were 1,712 new Covid cases and 11 deaths recorded in the previous 24 hours.