A GOLD medal-winning US Olympic swimmer was among the mob who shockingly stormed the Capitol as lawmakers officially certified Joe Biden's 2020 election win.

Klete Keller, 38, who twice won gold as a relay teammate to Michael Phelps, was recognised from footage inside the historical building wearing his 'Team USA' swimming jacket. 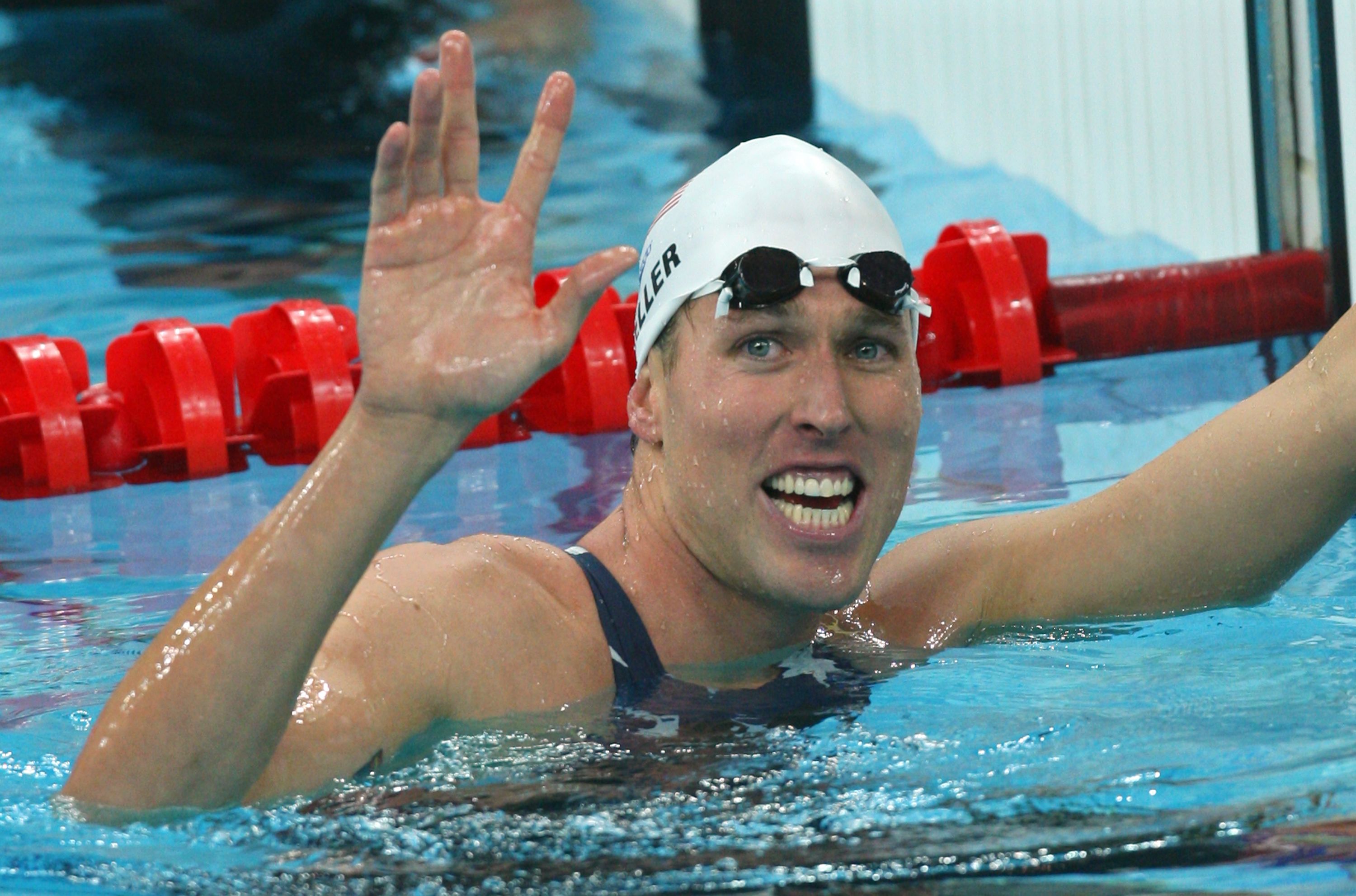 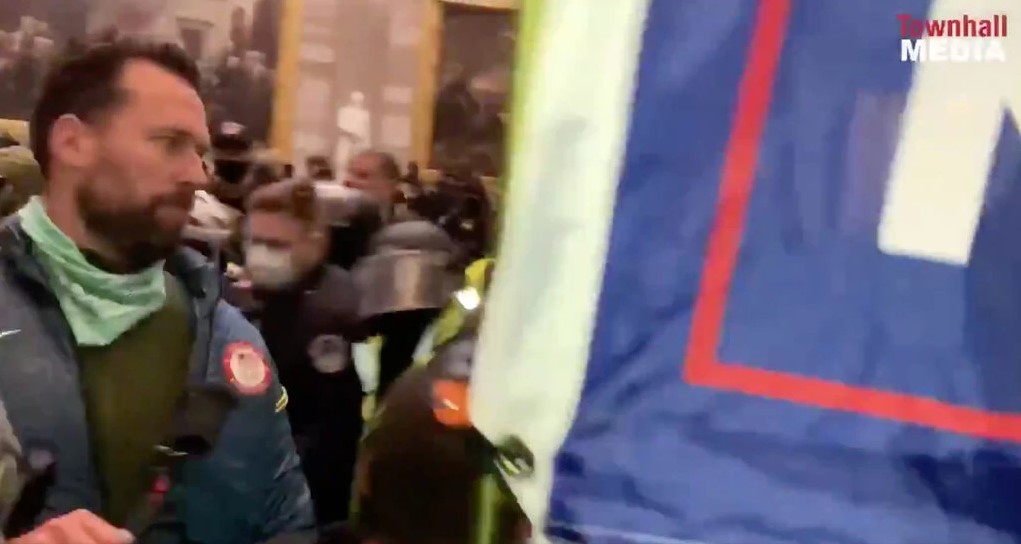 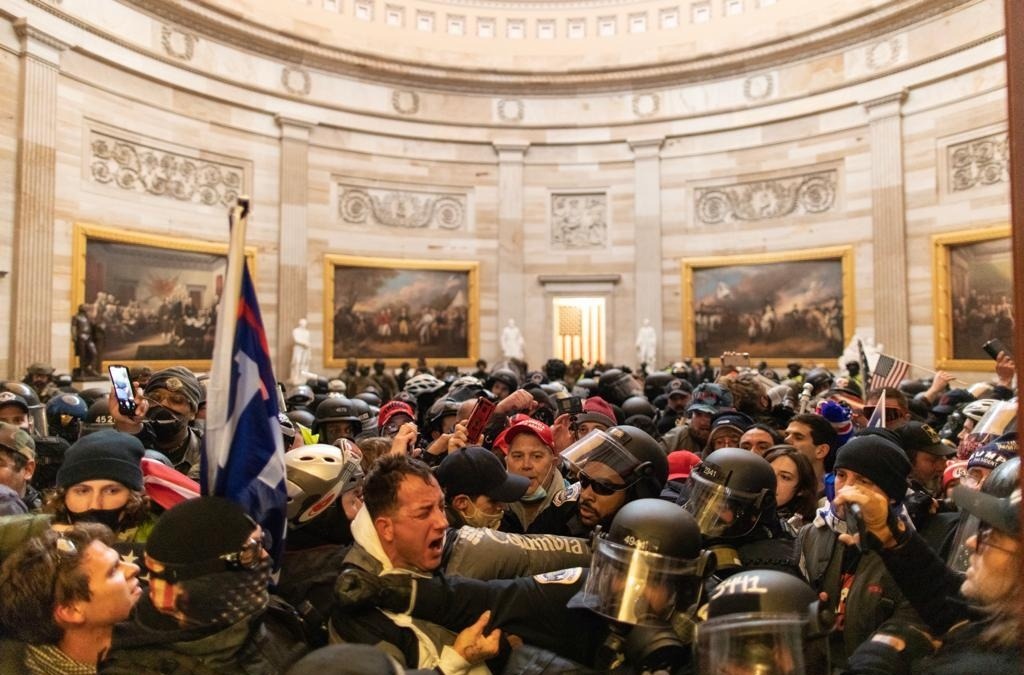 The 6ft 6' swimmer is easily recognised amongst the rest of the mob tyrannizing riot police, as his mask-less face is seen repeatedly in content filmed by Townhall reporter Julio Rosas.

At least a dozen people inside the swimming world, including former teammates and coaches, identified Keller after watching footage from the riot.

Competitive swimming website, SwimSwam, first reported on the claims after anonymous sources had confirmed Keller's identity to them.

The images were corroborated by Swimming World publisher and chief executive of the International Swimming Hall of Fame, Brent Rutemiller who said: "That is Klete. I have confirmed."

Yet USA Swimming the governing body of the Olympic sport in the U.S., claim it was unaware of whether Keller was at the Capitol, and cannot "confirm its accuracy."

"We respect private individuals’ and groups’ rights to peacefully protest but in no way condone the actions taken by those at the Capitol last week," Isabelle McLemore, managing director of communications for USA Swimming, said Monday in an email.

Keller was not witnessed engaging in any violent behaviour but was seen sauntering amongst the crowd in the Capitol. 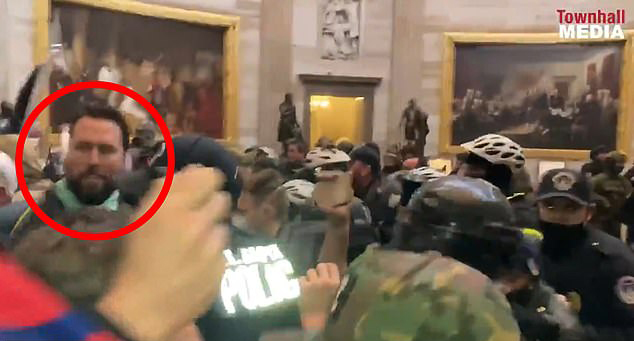 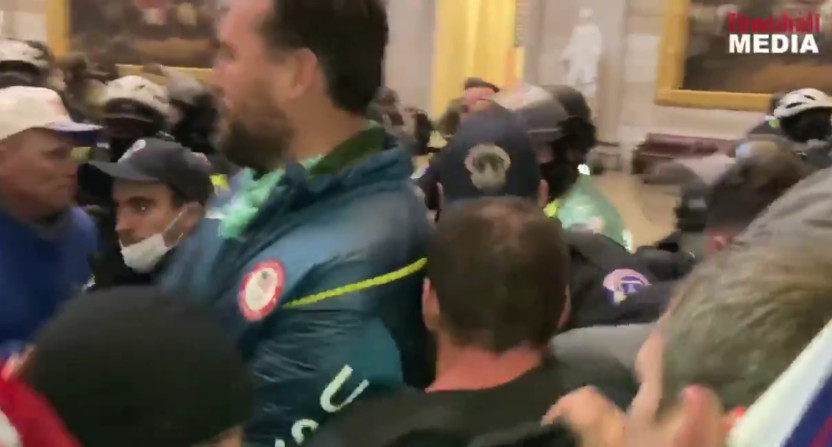 The athlete has deleted his social media accounts in the wake of his exposure, which The New York Times claim included a stream of pro-Trump posts.

The five-times Olympic medalist began working as a real estate broker for Colorado based firm, Hoff & Leigh after retiring from his swimming career.

The company released a statement on January 12 explaining Keller had resigned, and all mentions of him have been erased from their website.

Despite his stellar swimming success beating Olympic legends such as Ian Thorpe, his 2014 divorce left Keller unemployed, homeless, and living out of his car.

He claimed he no longer knew the whereabouts of three of his Olympic medals, among the two bronze, one silver and two gold ones he achieved during his illustrious swimming career.

Trump is now facing the threat of impeachment after he encouraged thousands of MAGA supporters to march towards the Capitol building while Senators officially certified Joe Biden's 2020 election win.

Federal authorities are continuing to identify and arrest people involved in the shocking insurrection and destruction of state property.

Five people, including one police officer, died as a result of the riot.

Acting Attorney General Jeffrey Rosen has assured that those responsible would  "face the full consequences of their actions under the law."

Rioters could be jailed for a minimum of ten years in prison for "injury of federal property", under an executive order signed by Donald Trump in the wake of Black Lives Matter protests.

He highlighted the Veteran's Memorial Preservation and Recognition Act of 2003 in an attempt to discourage vandilization of federal monuments. 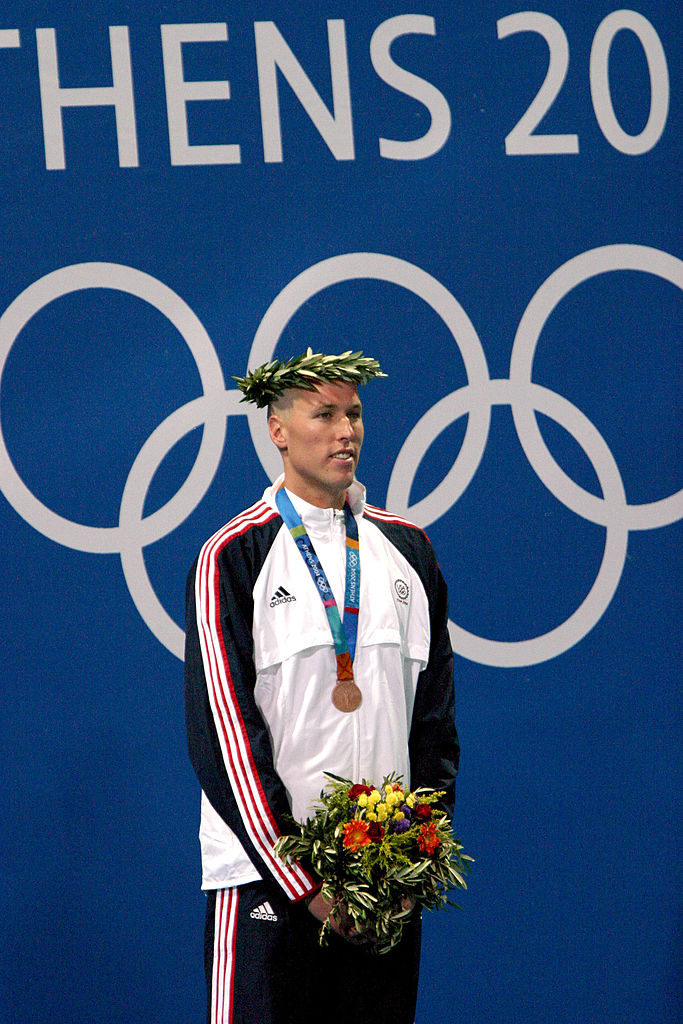 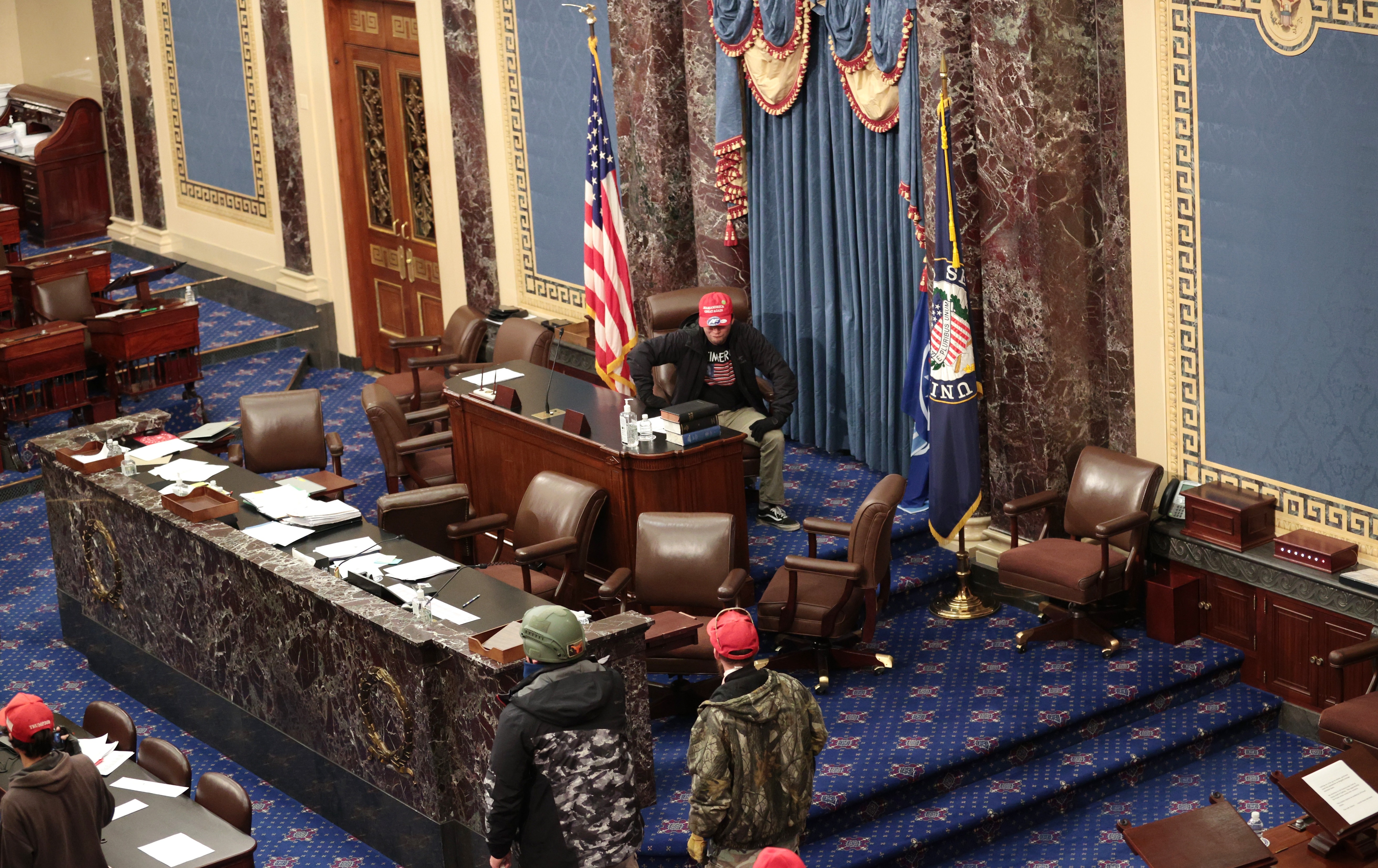 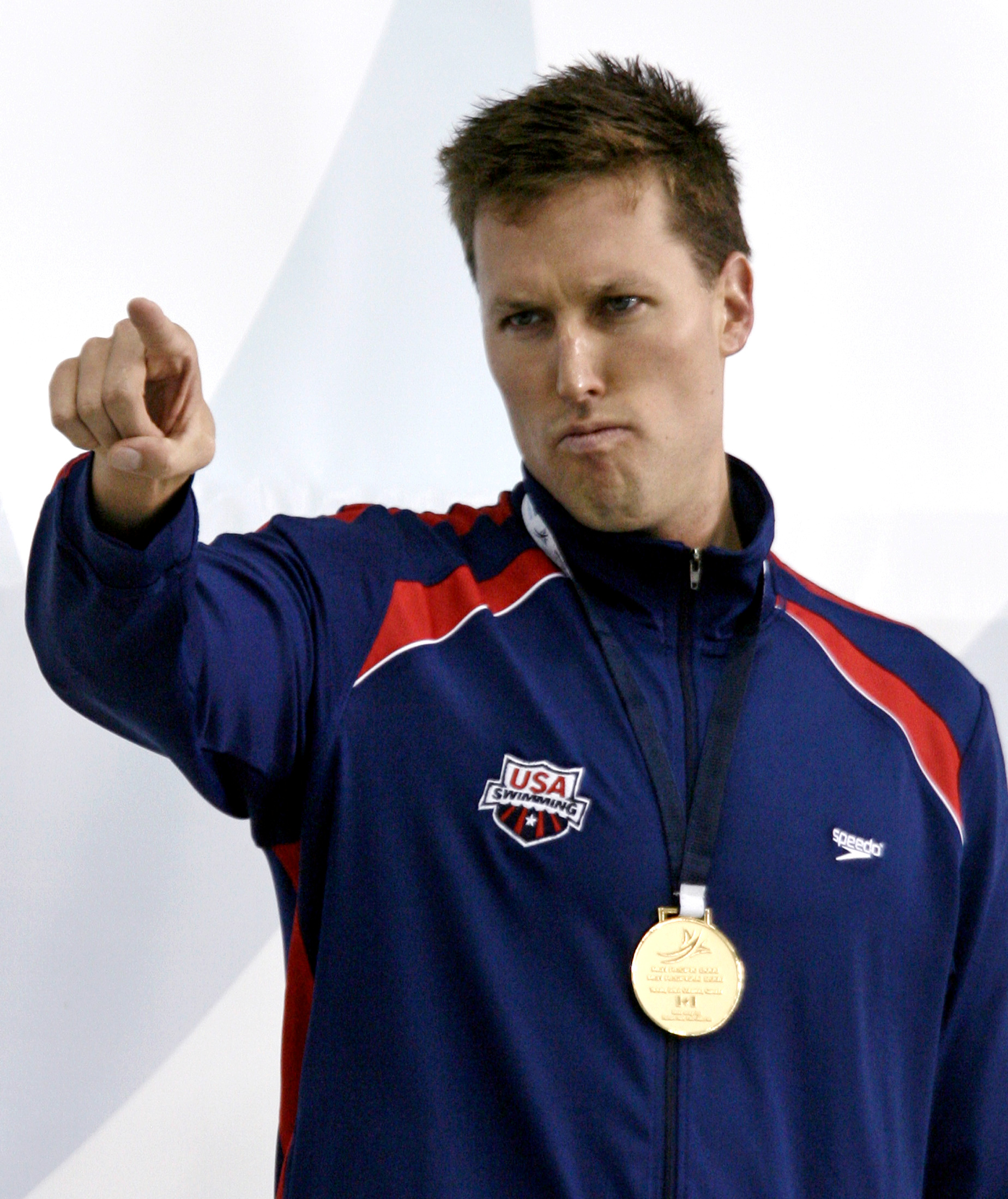 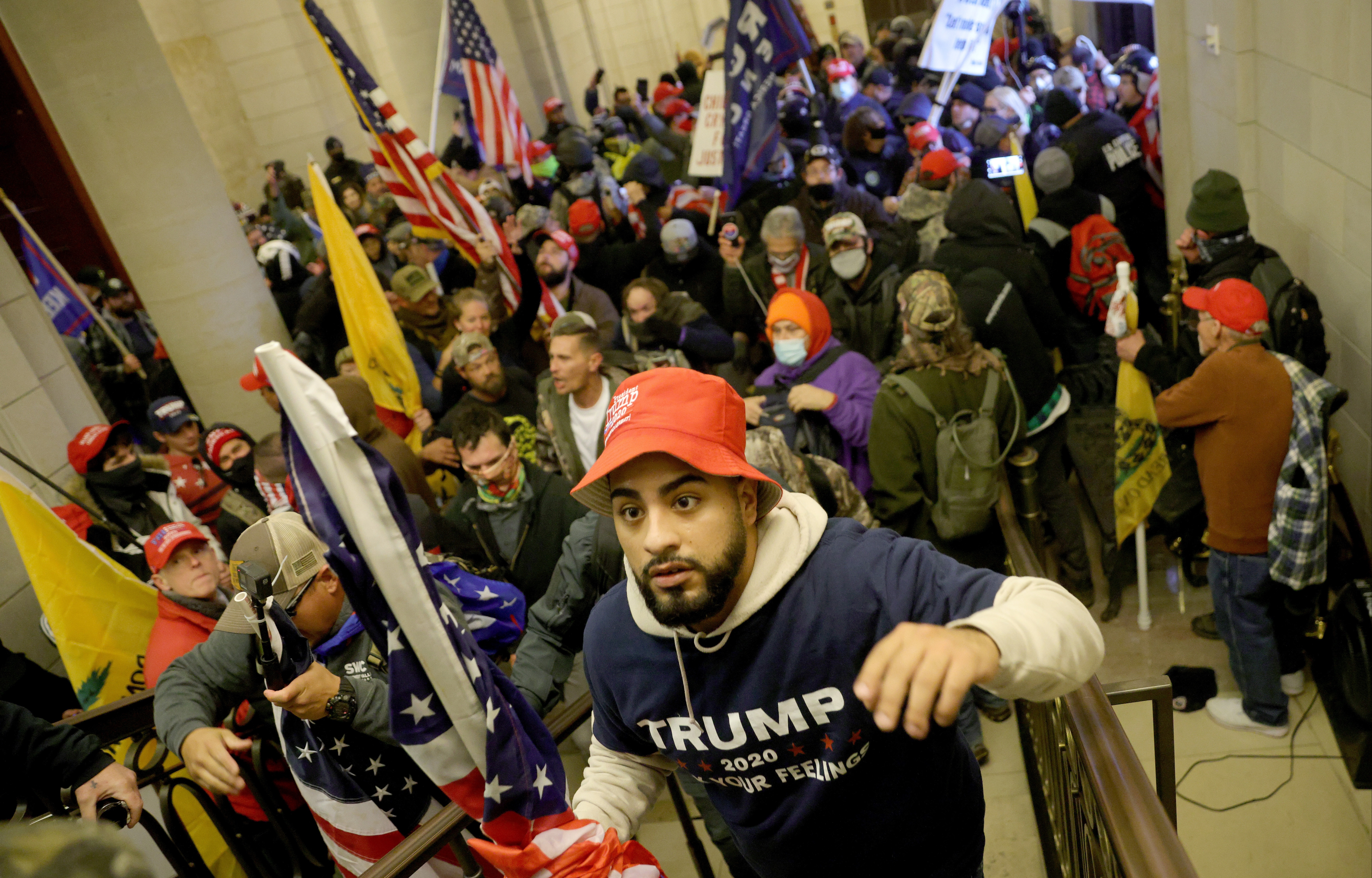 Boy leaves his beloved puppy outside shelter with a heartbreaking note