Now it’s Operation Stop Rory! Tory leadership rivals turn on Stewart in a bid to halt his momentum as race to make the final two hots up

Tory leadership contenders yesterday turned on Rory Stewart in a desperate bid to halt his gathering momentum in the race to get on the final ballot.

The International Development Secretary faced attacks over his Eton education, Brexit plan and membership of the Labour Party in his youth. He was even forced to defend himself over dredged-up claims he served as an intelligence officer in MI6.

Rival contenders were last night scrambling to find a way to stop the insurgent after he almost doubled his votes from MPs in yesterday’s second round ballot. 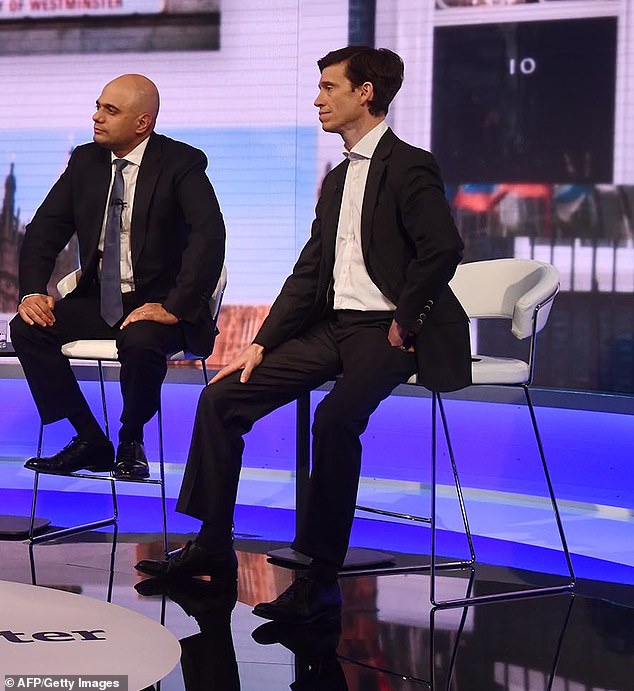 The International Development Secretary faced attacks over his Eton education, Brexit plan and membership of the Labour Party in his youth

On Twitter, Sajid Javid’s ex-adviser Nick King said: ‘Saj’s dad was an immigrant. Saj went to his local comp and an FE [further education] College. Rory went to Eton and Balliol just like Boris.’ Meanwhile, Mr Javid himself attacked Mr Stewart’s Brexit policy, claiming he did not want to leave the EU. But Mr Stewart fired back, accusing Mr Javid of misrepresenting his plan to get Theresa May’s Brexit deal through the Commons. ‘I’m sure Sajid didn’t mean that,’ he said. ‘He knows how fiercely and passionately we have both campaigned to get the withdrawal agreement through.’

Mr Stewart also faced questions over whether he served as an MI6 spy before entering politics.

The former soldier denied he had worked for the intelligence services – but said he could not admit it if he had done. Asked if former spies could answer honestly whether they worked for MI6, Mr Stewart told Radio 4’s Today programme: ‘No.’

Mr Stewart also admitted that he had been a member of the Labour Party as a teenager, but insisted he was now ‘a deep Conservative’. He added: ‘I am somebody who became a Conservative through serving my country in Iraq and the Balkans…

‘I am not ashamed of the fact that a lot of Lib Dem and Labour voters say they would like to vote for me. That is the way that you win elections.’