A FOOTBALLER dubbed North Korea's Cristiano Ronaldo has been forced back home after he was accused of breaching UN sanctions.

Former Juventus striker Han Kwang-song, 22, who most recently played for Qatari side Al-Duhail, may have been sending much of his £80,000-a-month wages back to Kim Jong-un's ruthless regime, experts believe. 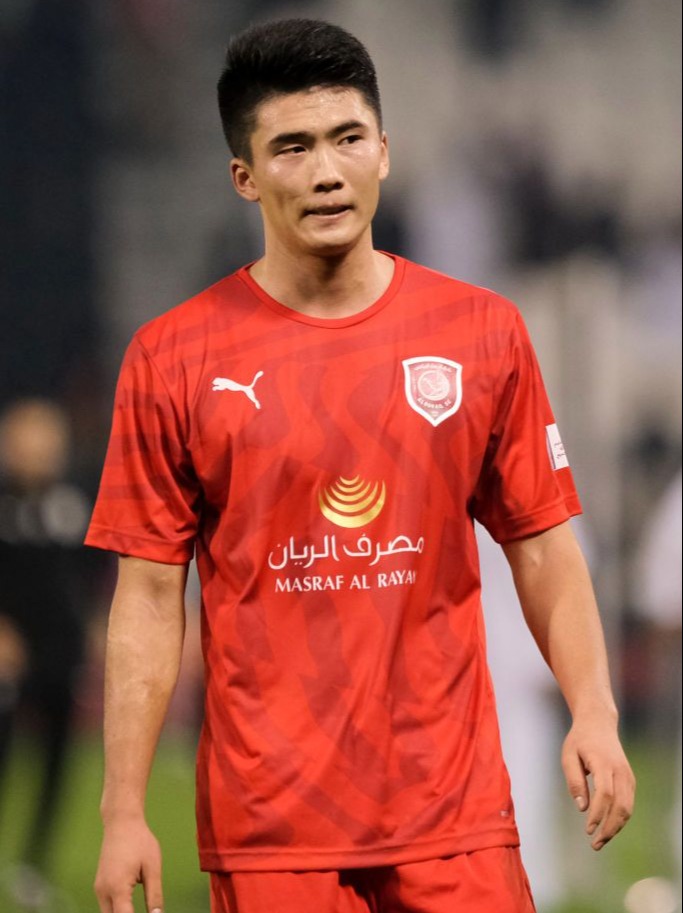 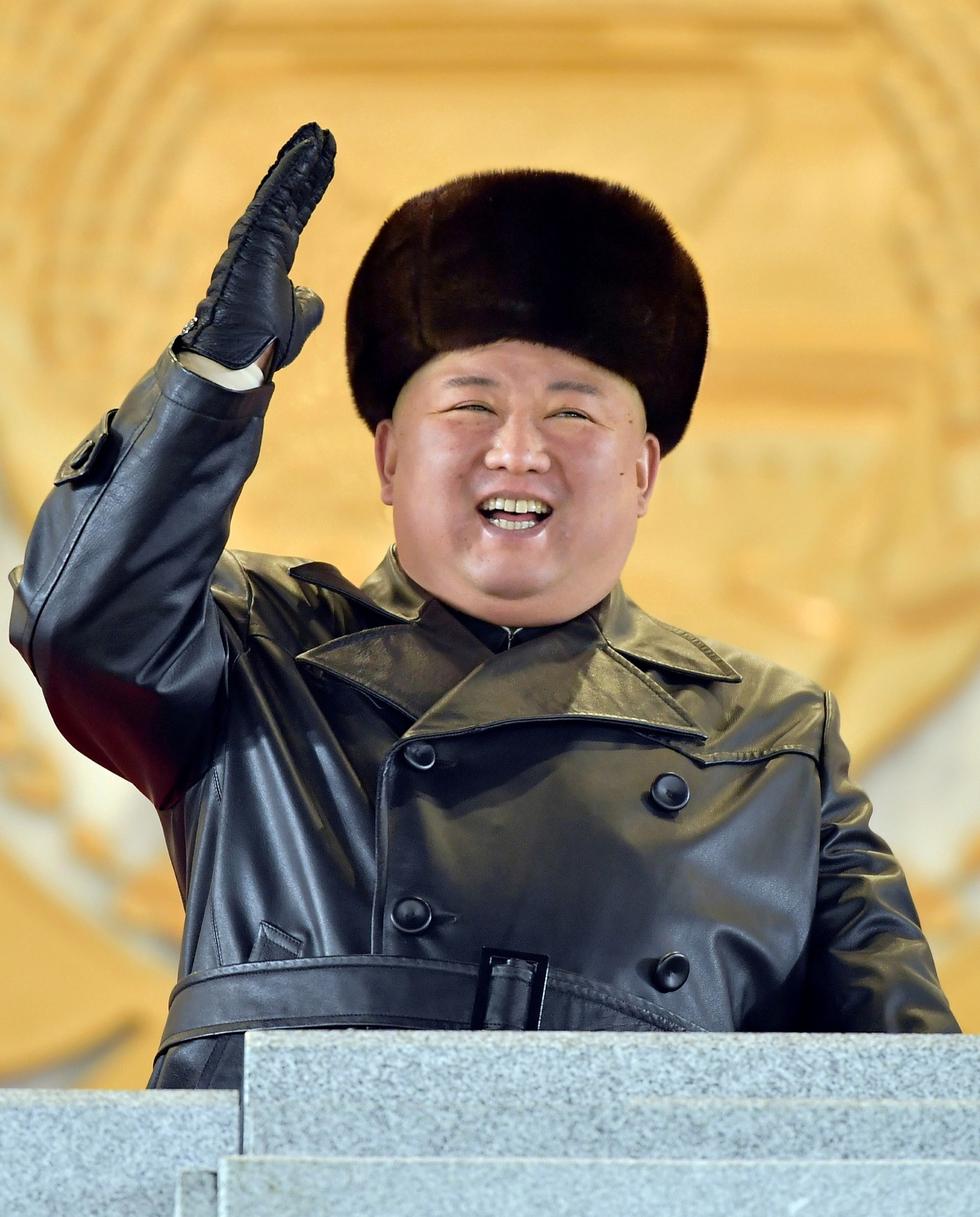 Han, the first North Korean to score in Serie A, was considered a promising young talent and was previously linked with big money moves to Liverpool, Manchester City, Arsenal and Everton.

But Al-Duhail has released him from the multimillion-pound contract he signed last year amid a sanctions-busting probe by UN officials.

Athletes are not exempt from international rules that stop North Koreans earning money overseas in case it goes to fund Kim's nuclear program.

Experts told The Sun it is likely Han would have been forced to send most of his hefty pay packet back to North Korean regime – which would have been in a blatant breach of UN sanctions.

Dr Ramon Pacheco Pardo, an associate professor in international relations at King's College London, said: "Most if not the full salary would go to the government.

"The worker, in this case a football player, would only retain a small part of the salary to pay for their living expenses."

Edward Howell, a researcher in international relations at the University of Oxford, said Han's position in Qatar was in breach of UN sanctions, but highlighted "weak enforcement" of the measures.

He added: "Han’s earnings would have been a clear source of income for the North Korean regime."

Born in Pyongyang to a working class family, Han played at an academy in Barcelona before returning to his homeland to join FC Chobyong.

After a strong performance at the 2015 Under-17 World Cup in Chile, he was invited to join the ISM Academy in Italy by Italian senator Antonio Razzi, who is said to be close friends with Kim Jong-un.

Insiders described him as a professional, dedicated and humble player – both fast and technically gifted – and an "ordinary young man" who considered himself as much Italian as North Korean.

He broke through into the top flight with Cagliari, and he soon began impressing on loan at Perugia.

It was during this time that Han reportedly met with a Liverpool FC scout in 2017.

They had an embarrassing moment when it emerged he had never heard of club legend Steven Gerrard, reports FirstTimeFinish.

Other Prem clubs were also interested in the young star – but any move to the UK would likely have been blocked by the government as concerns grew over the Kim regime's nuclear ambitions.

Just months later in December 2017, UN Security Council Resolution 2397 was adopted response to the launch of an intercontinental ballistic missile.

It ordered all North Korean nationals earning income abroad to return to the DPRK within two years.

But Han continued to play in Qatar after leaving Italy and signed a new contract last year.

The Sun obtained a UN report on sanctions breaches which details his earnings over the last few years, with his five-year deal at Al-Duhail due to net him some £3.8million. 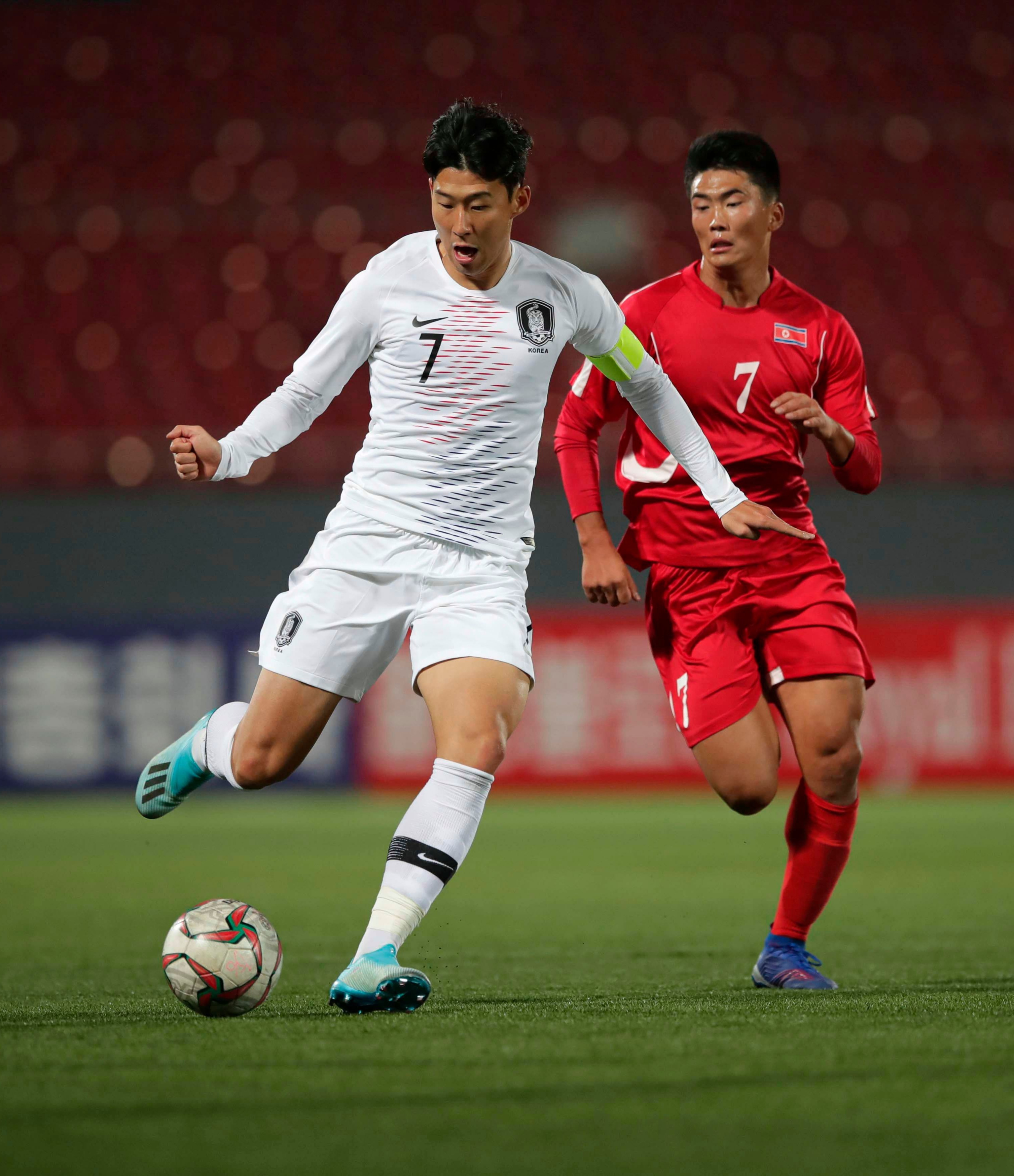 Han's contract also demanded a car provided by the club, a housing allowance of up to £4,000 a month, and four business class return air tickets from Doha to North Korea.

He signed a pledge to not transfer "any money, cost or amount to North Korea" with a Qatari bank.

The UN report notes that the sanctions panel contacted Qatar about the "relevant resolutions concerning the case".

Mr Howell told The Sun: "Han’s alleged return to North Korea does highlightthe role of UN sanctions, even though these have been rightly criticised for their weak enforcement power in curbing North Korea’s nuclear ambitions."

North Korea is believed to use money raised by workers abroad to help fund its nuclear programme.

Kim also makes use of other sanction dodging trades and criminal enterprises to fill the coffers of his impoverished regime, experts say. 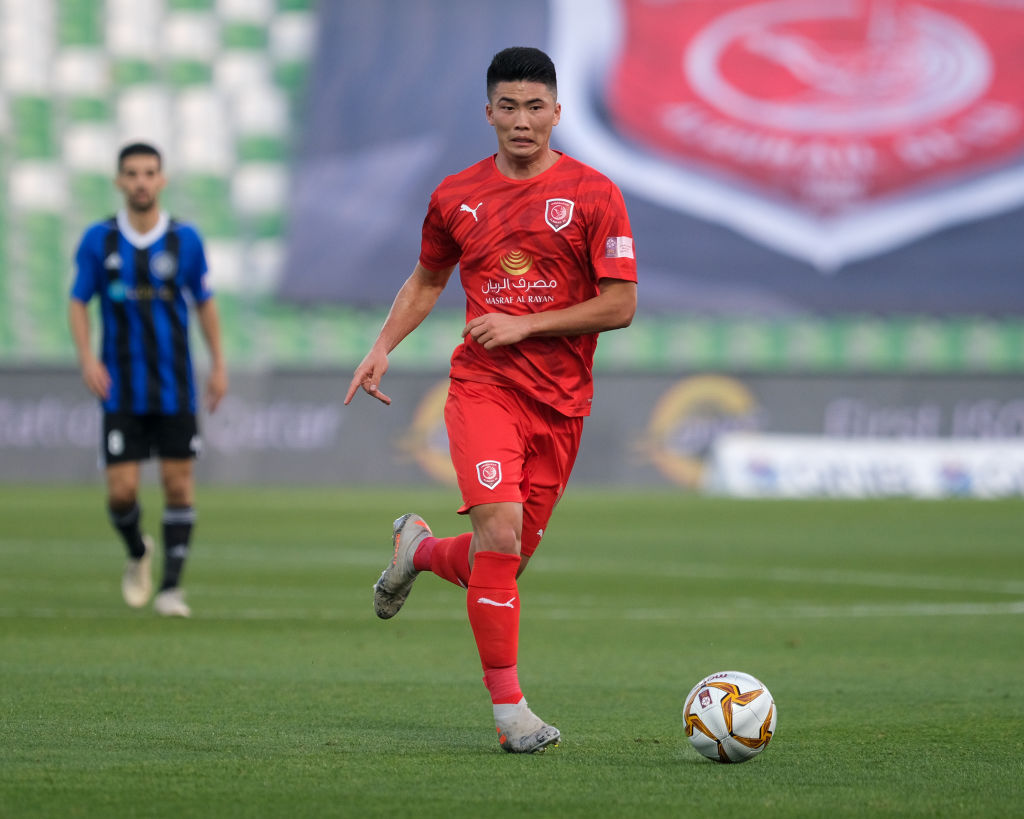 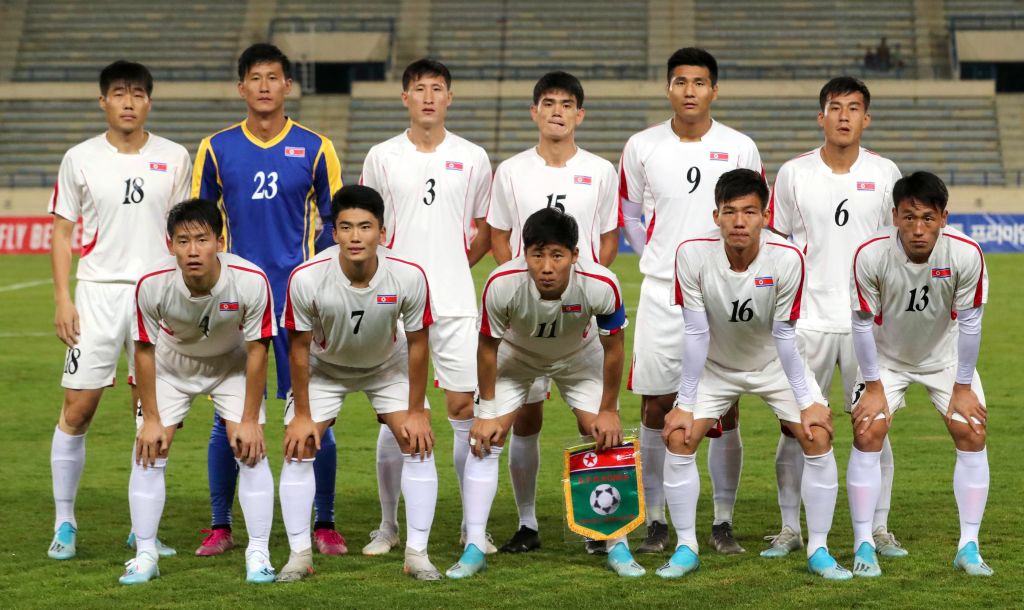 The sanctions appear to have scuppered Han's promising career, not to mention Kim's plan to make North Korea a force in world sport.

Mundo Deportivo claimed Kim acts as a father figure to Han and has always wanted to control everything he does.

The North Korean dictator was even said to have been an avid watcher of Serie A to keep up on his fellow countryman's progress.

While at Perugia, he was banned from giving interviews on orders from the North Korean regime.

He was invited as a guest on TV show La Domenica Sportiva, but pulled out after frantic phone calls as he waited in his hotel in Milan to be taken to the studio, according to La Stampa.

Perugia president Massimiliano Santopadre said: "A call from a not very clear ministry figure arrived and it blocked everything.

"Negotiating was impossible because Pyongyang want to talk only and exclusively with Han.

"The situation with their government has become even more rigid and their footballers have been prohibited from appearing on TV, otherwise they would have repatriated him. Han is scared."

Han was snapped up by the Al-Duhail last January after short-lived spell at Juventus during which he failed to make the first team once.

He made his last appearance in August last year in a 2-0 win over Al-Ahli Doha, and did not not appear on the team sheet at all during the first half of the 2020/21 season.

Reports quoted pals who that while Han was left unable to play in Qatar, he had been hopeful of finding a new club elsewhere.

Han may have been the leading light for North Korea'sdreams of footballing glory, however he is unlikely to get a hero's welcome when he gets back to Pyongyang.

Dr Ramon told The Sun Online: "There is indeed recognition of sports stars but it doesn't reach the levels of other countries.

"This is because adulation is reserved for the Kim family. And no one can overshadow this.

"Furthermore, sports stars would be secondary to the military in North Korea anyway, which isn't the case in many other countries these days."

The Sun Online has contacted Al-Duhail and the United Nations for comment on Han's departure from the club.

North Korea remains under heavy sanctions despite overtures to warm up relations being made by former US President Donald Trump.

President Joe Biden has reportedly ordered a review of US policy on North Korea as he weighs further actions against the regime.

US Secretary of State Antony Blinken said the administration views North Korea as a "growing problem" that "has gotten worse across administrations." 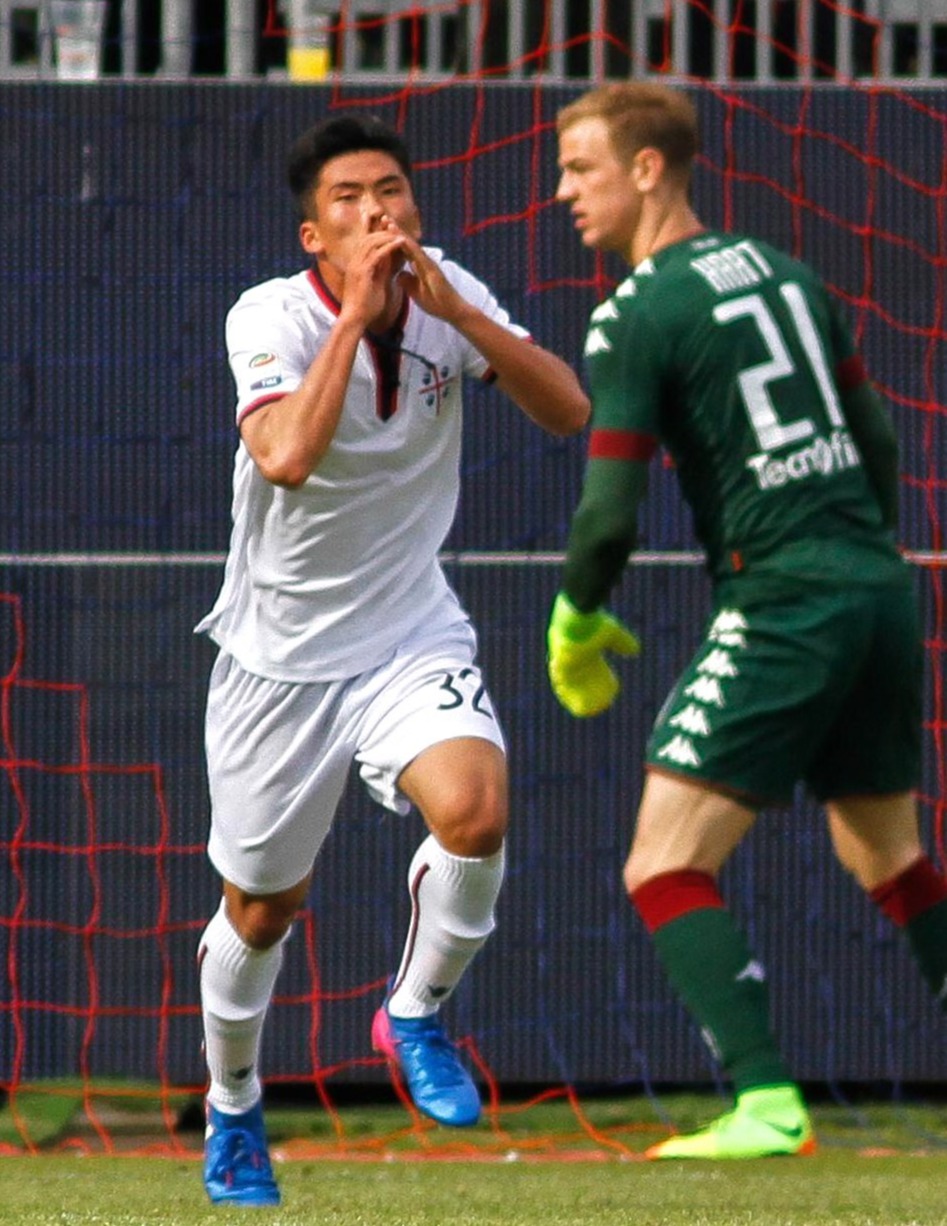 Former WWE star Shad Gaspard ‘missing after getting caught in rip current while swimming with son, 10’ – The Sun