NORTH Korea has executed five officials after they criticised Kim Jong-un's handling of his nation's failing economy at a dinner party, according to reports.

The pals are said to have been executed by firing squad after openly slating the regime for leaving the country's finances in tatters and failing on trade.

North Korean secret police reportedly got wind of the five men's conversation after one of their younger colleagues gave them up, reports Daily NK.

Kim's regime is known for its brutal crushing of dissent and never hesitates to take action against critics who may undermine the dictator.

It is reported the five economic ministry workers were executed on July 30.

The men were reportedly arrested and taken away by plain clothes officers after they had arrived for work.

Kim was reportedly was pleased the executions and considered the men a threat to the regime.

It is claimed the men's families have also been transferred to infamous North Korea gulag known as Camp 15 in Yodok.

Prisoners deemed enemies to the state are detained at the camp which is around 70 miles northeast of Pyongyang.

Meanwhile, Kim was pictured yesterday as he toured the flood damaged Taechong-ri after 49 consecutive days of storms and rain hit parts of North Korea.

Dozens of people are believed to have been killed, 17,000 homes destroyed and crops wiped out – only adding to the nation's famine.

It comes after Kim vowed to "gravely punish" his officials over failing to follow orders during typhoon season.

Kim is believed to have carried out numerous executions since he came to power after the death of his dad Kim Jong-il in 2011.

The most high profile killing is believed to have been his uncle General Jang Song-thaek.

Kim bragged he put his uncle's head on display for others to see, according to the new book Rage by veteran reporter Bob Woodward.

The dictator's regime has reportedly this year executed suspected coronavirus patients for not obeying isolation rules.

Defectors have also told stories of brutal executions, including 11 musicians being blown apart by anti-aircraft guns.

More outlandish claims have alleged Kim has even thrown people into piranha-filled tanks – but these are unverified. 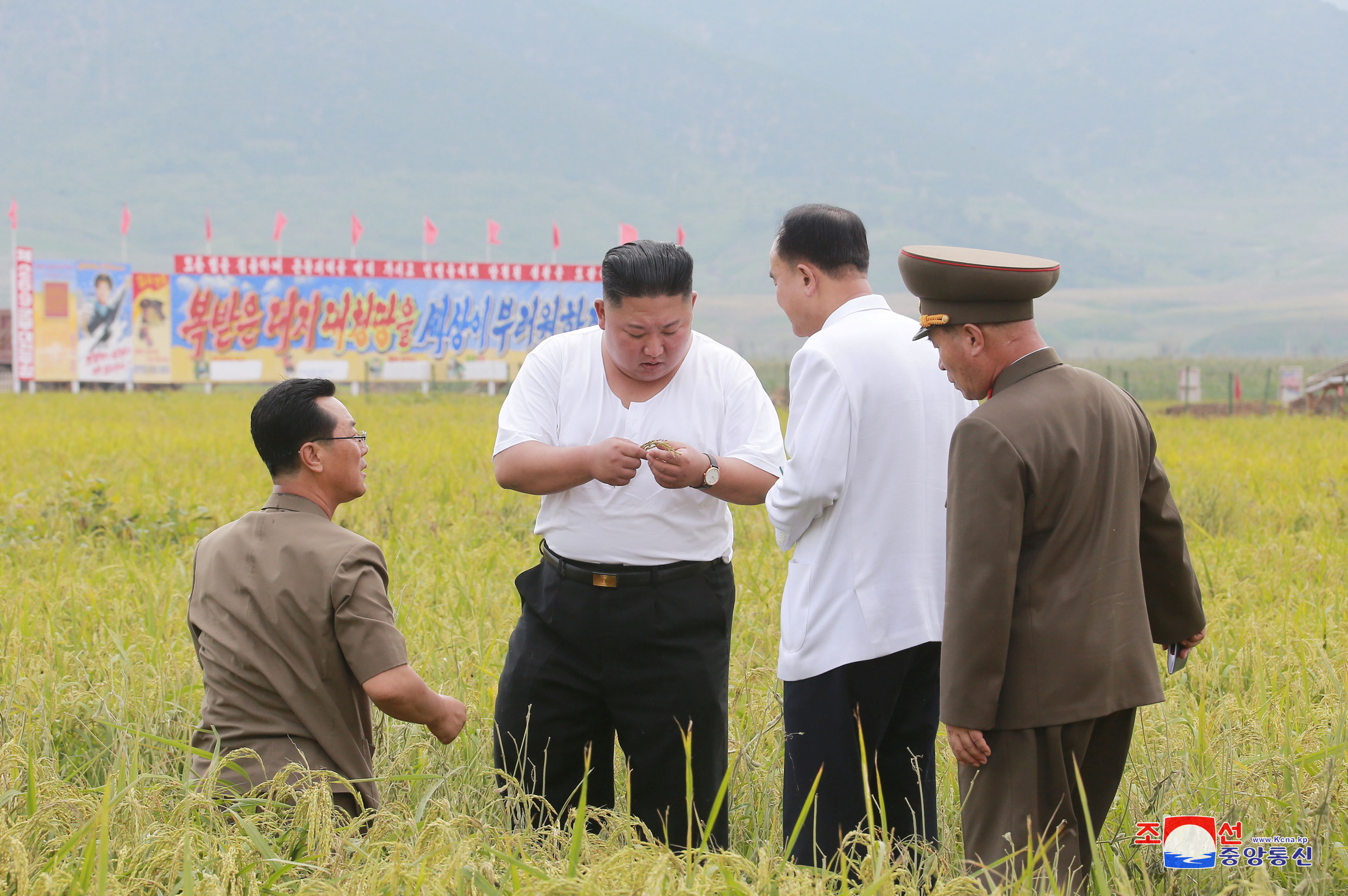 DailyNK reports North Korea's latest executions have sent a shockwave through the party – with many feel Kim is trying to tighten his grip.

They compared it to the days after the death of Kim Jong-il, with Kim running a series of purges as he attempted to secure power.

A source said: "They are in a situation where they cannot even give any opinions.

"It is even more strict because the administration is trying to gain discipline."

North Korea is notoriously secretive but it is believed the regime is being stretched to the brink.

Floods have combined with the coronavirus pandemic, the ongoing famine, and a buckling economy amid heavy trade sanctions.

It is believed some 60 per cent of North Koreans, around 15million people, live in absolutely poverty, according to a recent study by Vienna University.

Its GDP per capita is estimated to be around $790 – while in the UK it is around $41k -despite the extraordinary wealth ofKim and the country's elite.

And it is feared North Korea could be preparing to launch a submarine-based missile in the most significant weapons test for almost a year.

Satellite images show a launch platform, tugboats and submarines gathered around one of Kim's naval bases.

Pyongyang has been stepping up its provocative behaviour in recent months as talks seems to have completed stalled between Kim and the West.

Kim's sister Kim Yo-jong is now believed to be heading up policy on how to deal with the US and the South.

Her new position comes amid ongoing rumours of Kim's poor health, with some claiming he has recently been in a coma or is struggling to walk.

Meanwhile, North Korea is believed to be preparing its troops ahead of a large military parade in October.

Such parades normally attract huge crowds – and Kim appears to pressing on despite the threat from the coronavirus pandemic.

US President Donald Trump however continues to talk up his relationship with Kim as "love letters" between the two emerged in which the North Korean tyrant called Barack Obama an "a**hole".