A North Carolina man has received a pardon after 24 years in prison after revelations about key witness testimony overturned his wrongful conviction.

Dontae Sharpe, then 19, received a life sentence in 1995 for the murder of George Radcliffe during a drug deal. Sharpe’s conviction rested on the testimony of Charlene Johnson, a 15-year-old girl who said she saw him kill Radcliffe.

She said that she saw Sharpe and another man put Radcliffe into a truck, then crash it in a vacant lot and dispose of the keys, according to The New York Times. 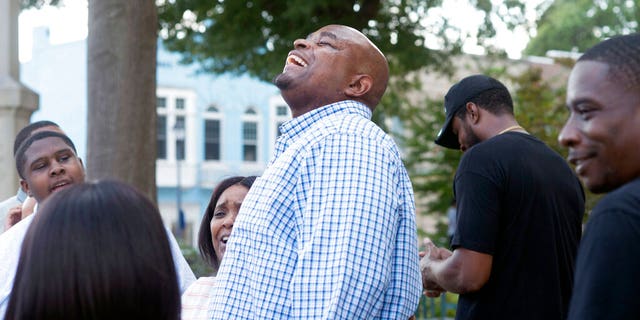 FILE – Dontae Sharpe breathes the air outside the Pitt County Courthouse after a judge determined he could be set free, Thursday, Aug. 22, 2019, in Greenville, N.C. North Carolina Gov. Roy Cooper on Friday, Nov. 12, 2021, pardoned Sharpe who spent 24 years behind bars for a murder he has long said he did not commit. Cooper’s pardon of innocence allows Sharpe to apply for compensation up to $750,000 for his wrongful conviction. (Deborah Griffin/The Daily Reflector via AP, File)

Johnson recanted only weeks later, saying she wasn’t present at the shooting and that she made up claims based on what investigators told her.

Sharpe, convicted of first-degree murder, unsuccessfully applied for a new trial until a former state medical examiner testified that the state’s theory of the shooting was not medically or scientifically possible. A judge reopened the case, and new evidence pointed to Sharpe’s innocence.

“I’m still in a haze, kind of,” Sharpe, now 46, said. “When you’re dealing with us human beings, it can go any way, yes and no. I didn’t know what to expect. I was believing for a pardon.”

In 2019, Sharpe left prison, and on Friday he received a full pardon from North Carolina Gov. Roy Cooper, which will allow him to seek compensation of up to $750,000. 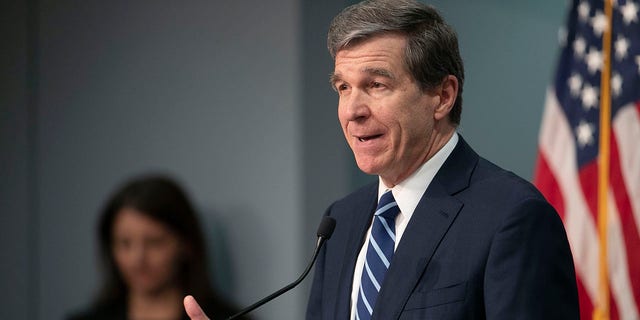 North Carolina Gov. Roy Cooper updates the public during a press briefing on the coronavirus pandemic at the Emergency Operations Center, Thursday, May 14, 2020, in Raleigh, N.C. (Robert Willett/The News &amp;amp; Observer via AP)

The NAACP, which fought for Sharpe’s release, organized vigils in front of the governor’s residence for weeks. The pardon will now allow Sharpe to rebuild his life.

“I have carefully reviewed Montoyae Dontae Sharpe’s case and am granting him a Pardon of Innocence,” Cooper said in a statement. “Mr. Sharpe and others who have been wrongly convicted deserve to have that injustice fully and publicly acknowledged.”

Sharpe attributed his faith in God, his lawyers, his pastors and his mother for the strength and patience to see out his fight and finally achieve his freedom.

Flying is the safest form of public transport during coronavirus outbreak, prof says