Home » World News » Nearly 500,000 more Covid jabs handed out across the UK as 8.8million doses given to Brits 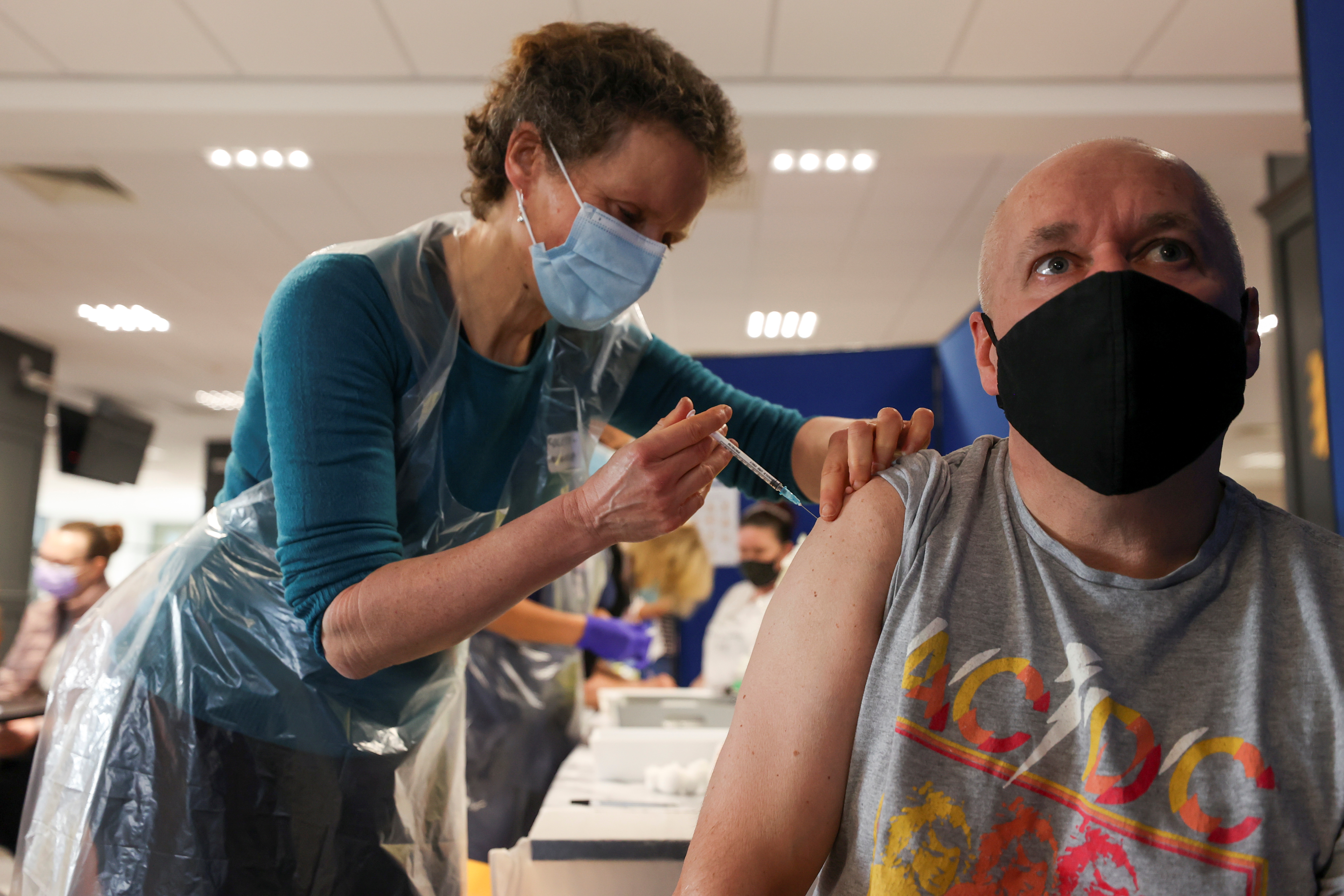 It means 57 per cent of the first four priority groups have received at least one dose.

The seven-day rolling average of first doses given in the UK is now 359,656.

Based on the latest figures, a slightly higher average of 413,816 first doses of vaccine would be needed every day in order to meet the Government's target of 15 million first doses by February 15.

A total of 7,701,203 Covid-19 vaccinations had taken place in England between December 8 and January 29, according to provisional NHS England data.

Health Secretary Matt Hancock tonight revealed five in six of those aged 80 and over had been vaccinated along with two in three 75-79-year-olds.

It comes as early data shows the Covid crisis is easing and the number of people testing positive is already dropping, experts say.

And according to the research, which will be published within days, there is also evidence that Brits are protected with just one dose, the Times reports.

Professor Anthony Harnden, deputy chairman of the Joint Committee on Vaccination and Immunisation (JCVI), has even suggested that delaying the second jab is a good idea – and is helping to build tolerance. 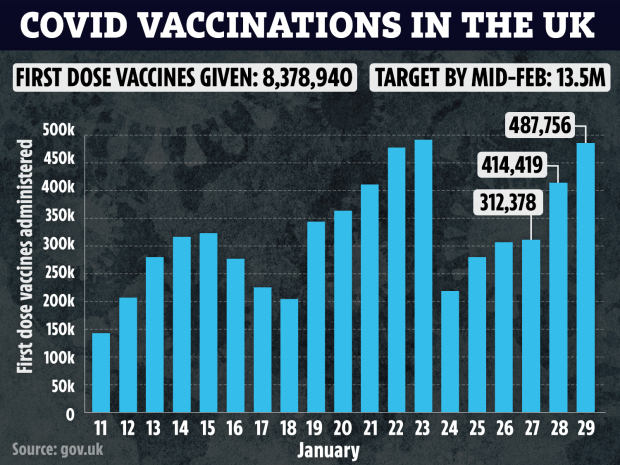 However, he admitted there's still no clear evidence that the vaccines block transmission of the virus – and that data is unlikely to be available for months to come.

Protection is thought to take at least two weeks to build, but Prof Harnden said it was clear that mass vaccination is already working.

“The preliminary data indicate a vaccine effect from the first dose in both younger adults and in older adults over 80," he told the paper.

"The effect seems to increase over time.

“It is possible that we may get stronger and better long-term protection by a delayed second dose.”

Infection rates in the over-80s have fallen by 36 per cent this month. Other age groups have seen similar falls.

The biggest drop was recorded in people in their 20s. Rates in that age group have halved.

Prof Harnden said: “The data we have is still is very early because it only reflects approximately three or four weeks of the programme and it’s mainly based on the Pfizer vaccine.”

But he said evidence shows it's better to receive a second dose of a different vaccine than none at all.

“There aren’t results from studies on mixing vaccines at the moment, so we haven’t got evidence but there’s no theoretical evidence why you shouldn’t mix vaccines," he said.

The news comes as UK ministers blast EU officials for 'Trumpian' plans to block jabs from entering the country.

European leaders last night backed down in the vaccine war after being met with fury over the "grave" bid to block jabs on the Irish border.

But they are still pushing for an extraordinary export ban that could stop 3.5million life-saving jabs ordered from a Pfizer BioNTech lab in Belgium from entering the UK. 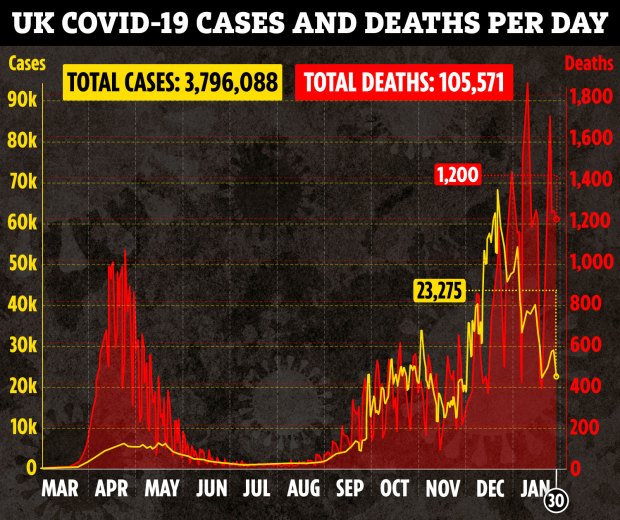