EXCLUSIVE: Ncuti Gatwa’s family reveal how the Dr Who star was smuggled out of Rwanda as a toddler to start a new life in Scotland when they discovered his dad was ‘target number one’ on a militia death list during the 1994 genocide

Relatives of the new Dr Who Ncuti Gatwa have told for the first time how he was spirited away from Rwanda as a toddler by his parents to escape the genocide in 1994 when the family discovered his father was ‘number one’ on a malitia death list.

The 29-year-old Sex Education actor’s father Tharcisse Gatwa was an outspoken critic of President Juvénal Habyarimana from the country’s Hutu tribe who massacred 800,000 in 100 days.

Now, the star’s family and friends in Rwanda have revealed the full extraordinary story of how his parents packed up their belongings and fled their bungalow in the capital Kigali with the 18-month-old Ncuti to start a new life in Scotland after the family was tipped off that Tharcisse faced certain death if he stayed.

Speaking from the Gatwas ancestorial home in the remote village of Biguhu, family friend pastor Sylvestre Gatabazi told MailOnline: ‘If Tharcisse had not escaped he and his family would have been killed on the first day of the genocide. Tharcisse denounced the Habyarimana government many times in his articles. He was an enemy of the regime.

‘He dared to tell the truth. The regime responded by throwing a grenade into his compound. This was at the end of 1993 before the genocide. The regime already decided that they wanted to kill him. When the genocide began on 7th April 1994 the militia had lists of names of people to kill.

‘Gatwa was the first name on the hit list in the Kacyiru district where he lived with his family.’ 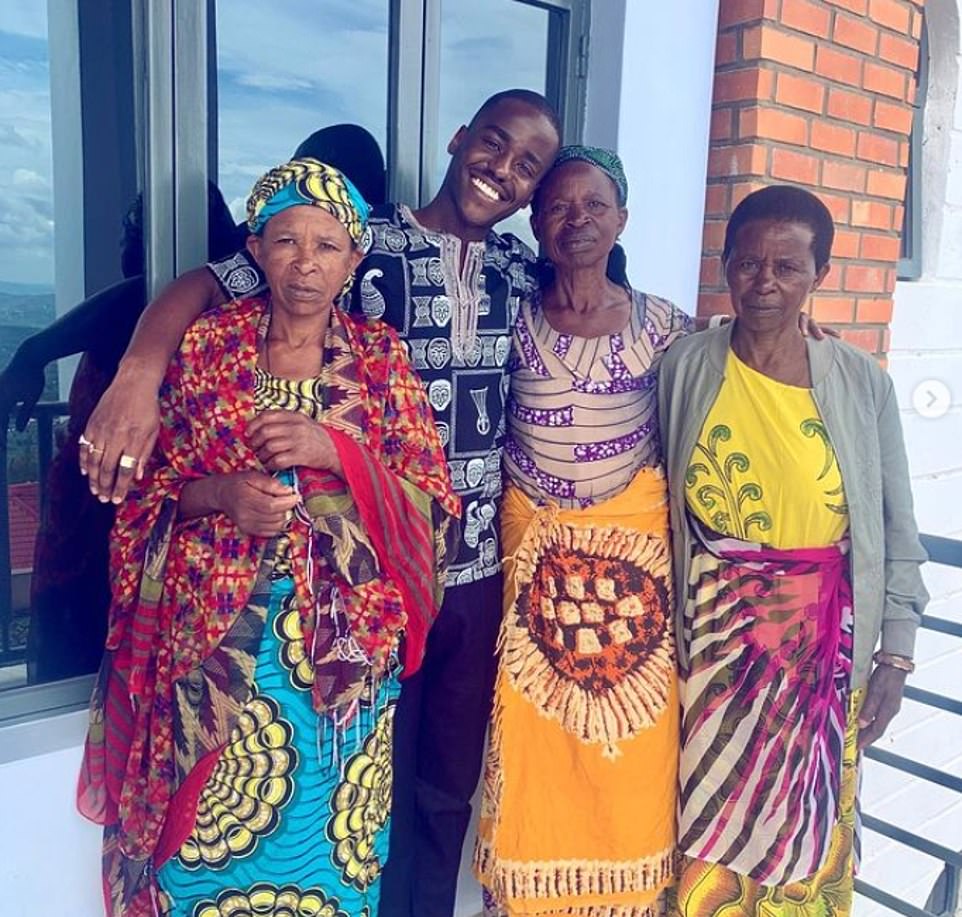 New Dr Who Ncuti Gatwa, a rising British acting star, last visited his family in Rwanda back in 2019. Here he smiles alongside some of his relatives, although he was prevented from going to the village where his father grew up due to flooded roads 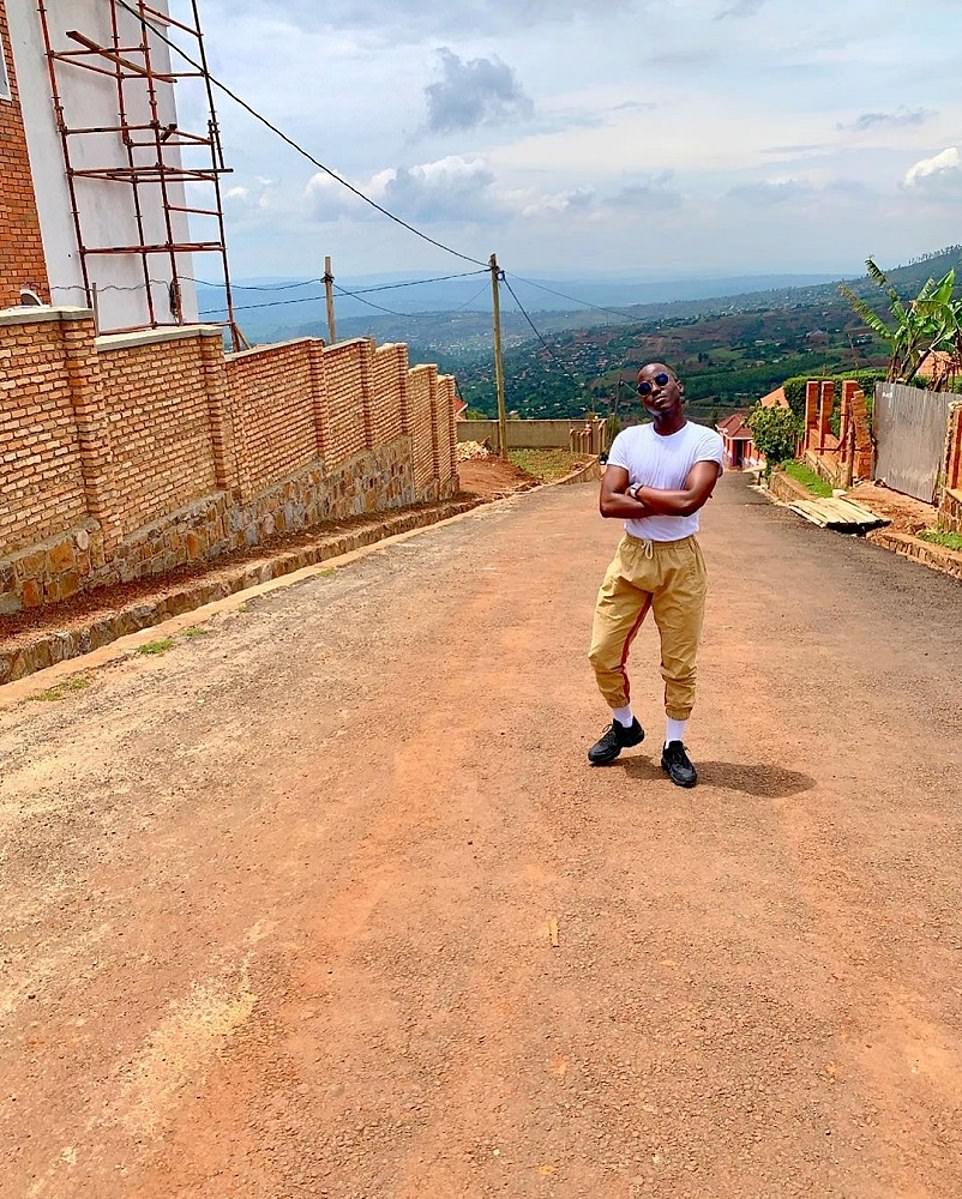 Ncuti, 29, pictured in Rwanda during his last visit, was born in the capital Kigali in 1992, who years before the country was torn apart by the genocide of 800,000 people in 100 days 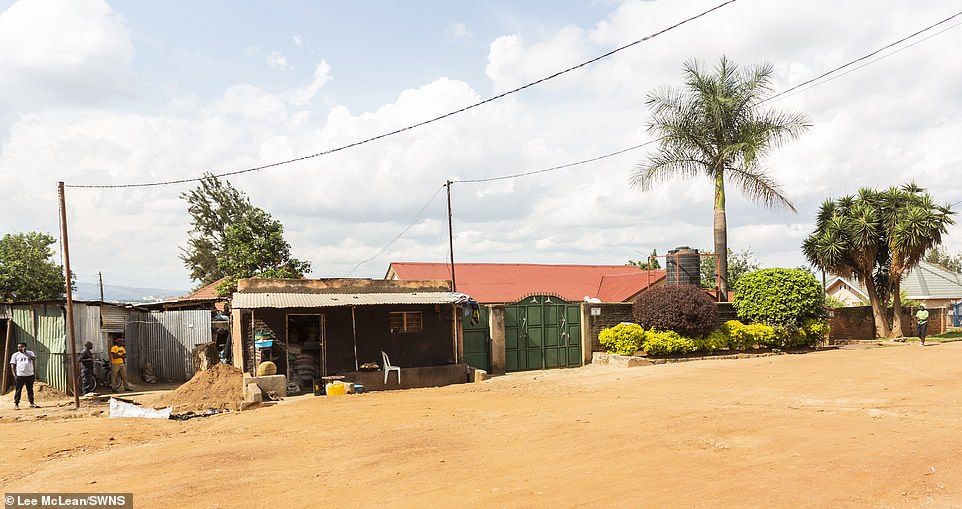 The Sex Education actor’s parents lived in this house in the village of Biguhu, before moving east to the capital Kigali. The house is set on a steep hillside overlooking the lush wilderness of Rwanda, which is home to the world’s last mountain gorillas

The Gatwa family arrived in the UK shortly afterwards as refugees and were granted asylum.

They settled in Dunfirmline in Scotland where Ncuti overcame racist bullying at school before moving to London to pursue his dream of becoming an actor.

He has previously recalled how he would sometimes have to borrow £10 a time from friends to pay for the tube fare to auditions as his savings dwindled. 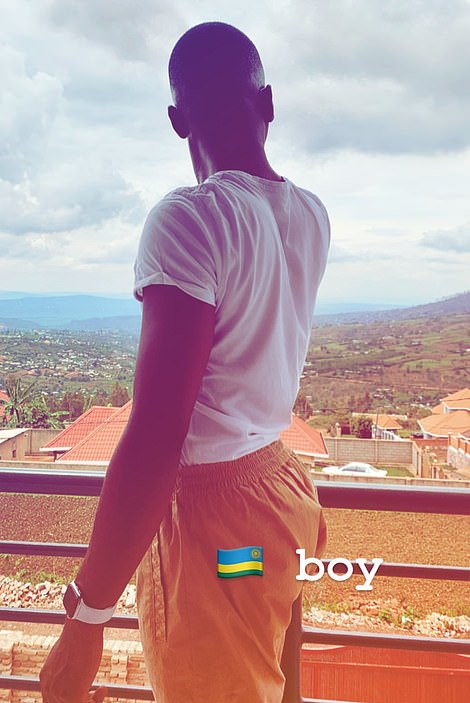 Ncuti, who will become the 14th Time Lord when he takes the role, proudly describes himself as a Scottish-Rwandan

Ncuti was effectively made homeless when his plans to move into a new place fell through and he ended up sleeping on friends’ sofas for five months.

He famously had his big break starring as gay character Eric Effiong in the comedy drama show Sex Education which has run for three series on Netflix.

His role in the show won him a Scottish Bafta and a Rose d’Or Award, and led to him being heralded as one of the UK’s latest crop of top actors.

It was revealed in May that Ncuti will become the 14th Time Lord when he takes on the role of Doctor Who on the iconic BBC science fiction show.

Ncuti will be the first black person in the role when he takes over from Jodie Whittaker in the Autumn.

He and his parents have kept in close contact with their roots in Rwanda, and Ncuti has visited the country several times, although he missed out on a trip to his ancestral village on his last visit due to flooded roads.

The house in Biguhu where his father grew up is made out of traditional mud bricks and is set on a steep hillside overlooking the lush wilderness of Rwanda, which is home to the world’s last mountain gorillas.

Banana trees and other crops surround the house while Cassava root tubers dry in the sun.

The dirt road leading to the remote village becomes impassable during tropical storms.

The news that Ncuti is becoming Doctor Who was warmly welcomed by his extended family in the village.

His cousin Violette Mutueymariya, 36, told MailOnline: ‘I know Ncuti. I saw him when he came to Kigali. He was supposed to come to our house during his last visit but the road was too bad so he turned back. 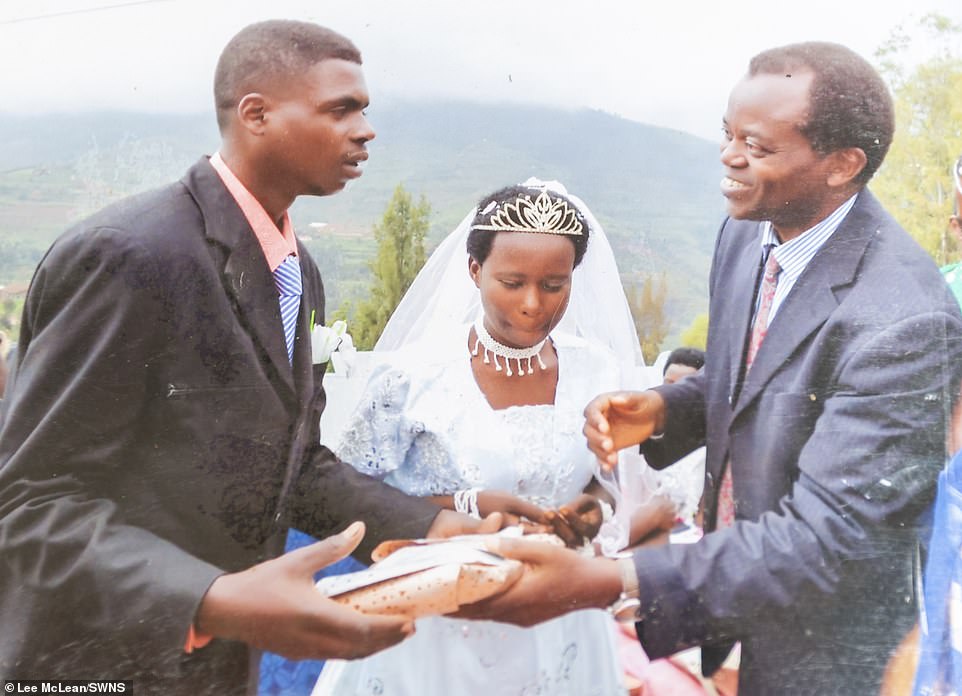 The actor’s father Tharcisse, pictured here on the right at his niece Violette Mutuyemariya’s wedding, is a journalist and churchman who was an outspoken critic of then President Juvénal Habyarimana from the country’s Hutu tribe 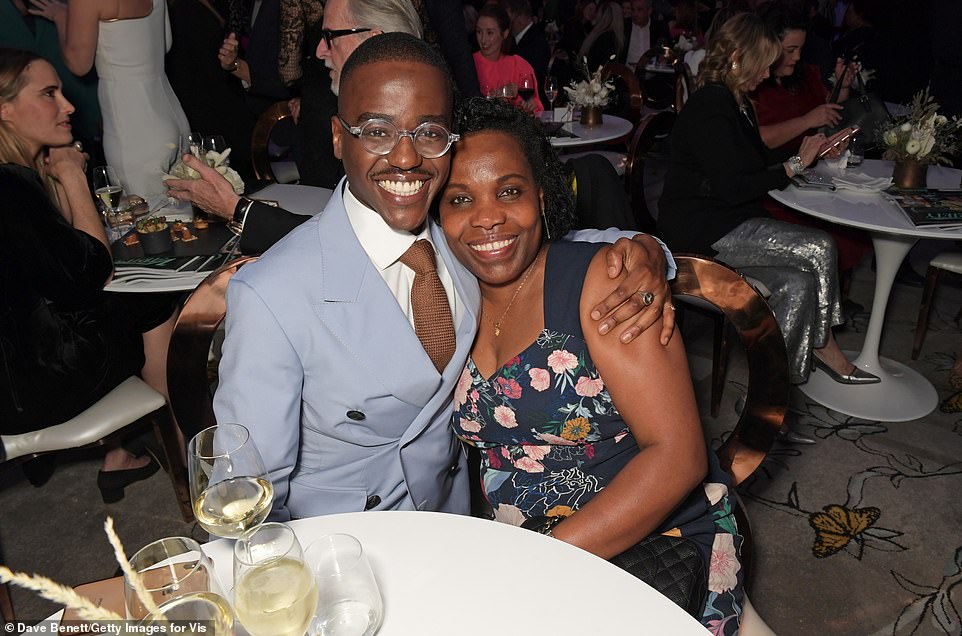 Ncuti’s mother Josephine, pictured with her son at Newport Beach Film Festival at London’s The Langham Hotel in 2020, was tipped off that her husband Tharcisse was ‘target number one’ on the Hutu tribe’s death list and they took the decision to flee 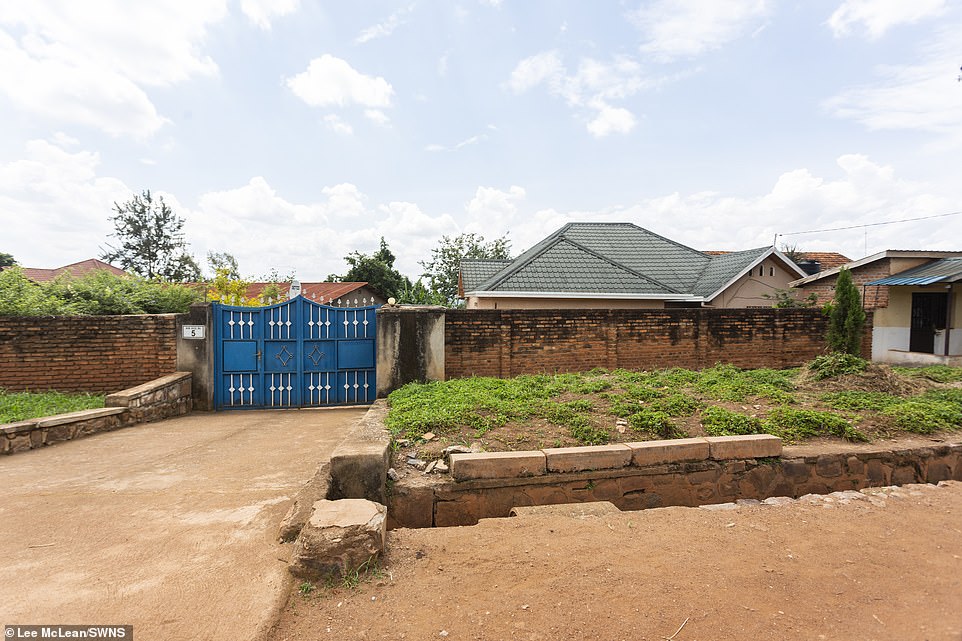 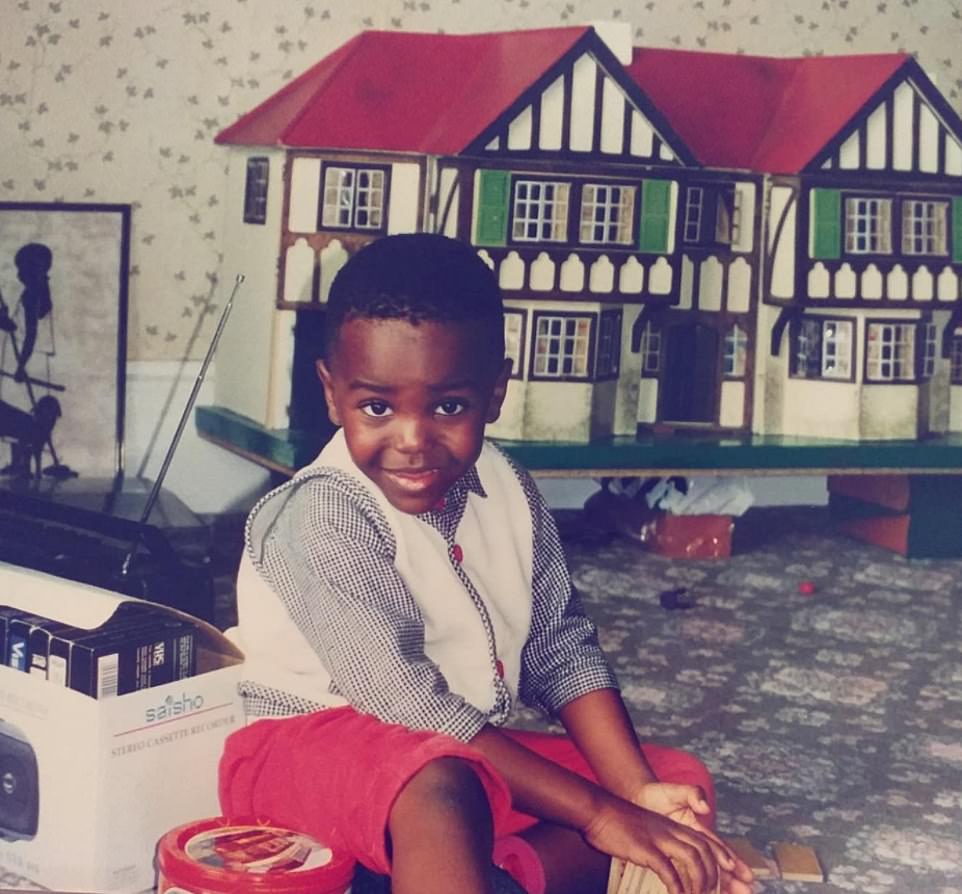 The Gatwa family finally settled in Dunfirmline, to the west of Glasgow in Scotland where little Ncuti (pictured) grew up 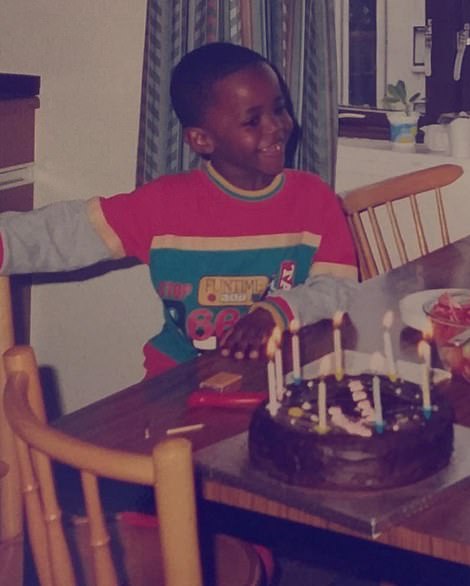 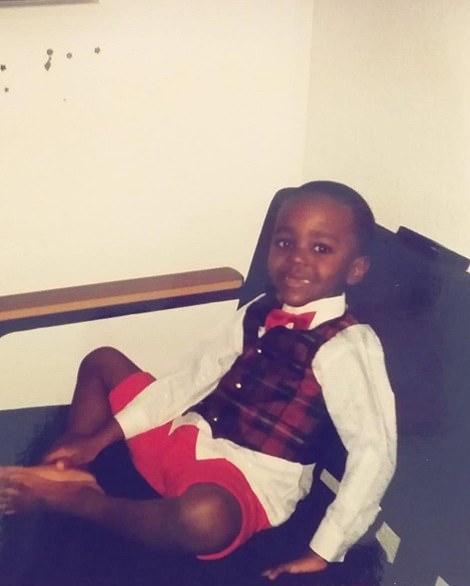 Little Ncuti has spoken about the racism and struggles that he experienced in a mostly white state school in Dunfirmline, refusing to let the bullies win before moving to acting school in London and landing the role of Eric Effiong in Sex Education

‘I have not seen Dr Who, but we are all happy that he has been cast in this role.’

His aunt Josephine Muhadamu added: ‘We are all proud of Ncuti. He is a lovely boy.’

Ncuti’s father still owns a house in Kigali and visits the country regularly.

As a leading intellectual, he helped to create a peace and reconciliation process that has enabled Rwanda to move on from the genocide.

Tharcisse and Josephine are trustees of Scottish charity Mission Rwanda, that was set up in 2008 to help poor Rwandan families.

Reverend Viateur Ruzibiza, of the Bible Society of Rwanda [BSR], explained: ‘Tharcisse Gatwa was the General Secretary of BSR. He lived in the house on the compound. He survived the evil and left the country.

‘But Tharcisse helped to create what became known as ‘home grown solutions’ to move on from the genocide.’

This includes Gacaca courts, a traditional justice system where people accused of taking part in the genocide are confronted by their victim’s relatives in front of their community.

Family friend pastor Sylvestre Gatabazi (left) said that if Tharcisse had not escaped he and his family would have been killed on the first day of the genocide. Ncuti’s cousin Violette Mutueymariya (right) said she saw him when he last visited 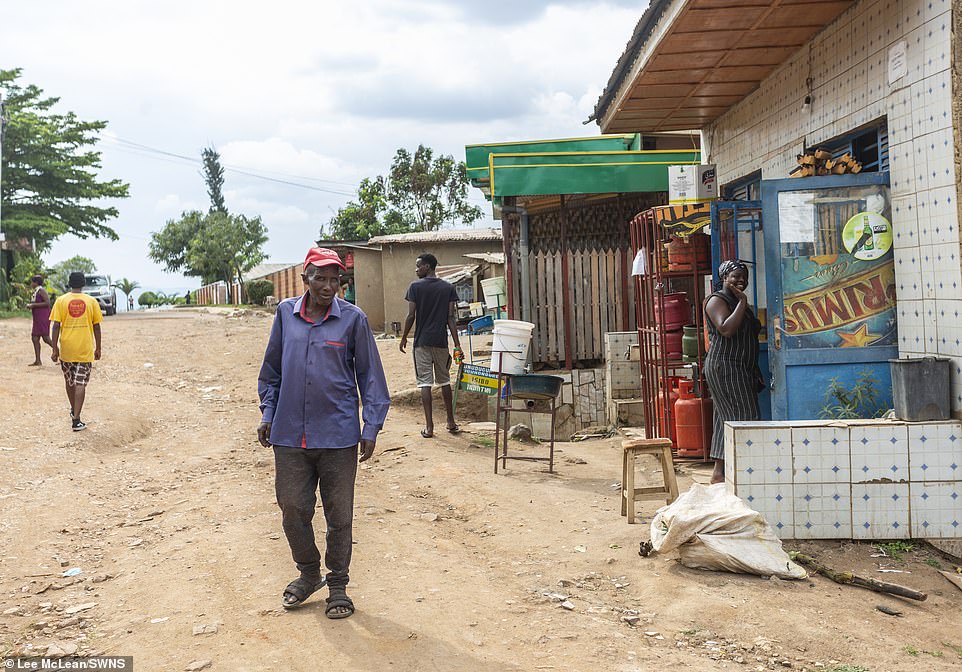 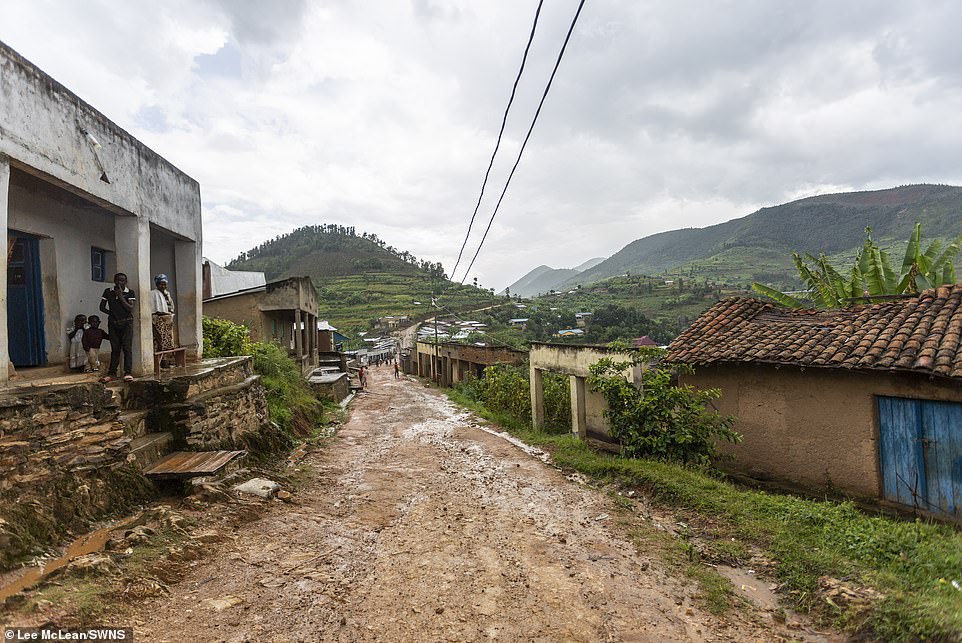 Villagers say they home that next time their most famous son visits Biguhu, the roads are not flood and he can make the trip

Perpetrators are given a reduced sentence if they admit their guilt, but are harshly treated if they plead innocent and are found responsible.

Ncuti told a BBC Scotland documentary: ‘We came to the UK because of the genocide that happened in Rwanda in 1994, and it affected my family greatly as it did with every Rwandan.

‘So yeah we escaped and my parents came over to the UK, and they started studying in Edinburgh.

‘We were refugees coming to the UK and I definitely now view myself as a Rwandan-Scotsman.’

Father whips daughter with a belt for attending protest in Colombia