A MUM-of-two has lost her leg and was given just a "two per cent survival chance" after a spider bite on her bum rotted away her flesh.

Bridgette Garza, 39, spotted a pimple on her bottom that she thought was "nothing to worry about" in September 2020. 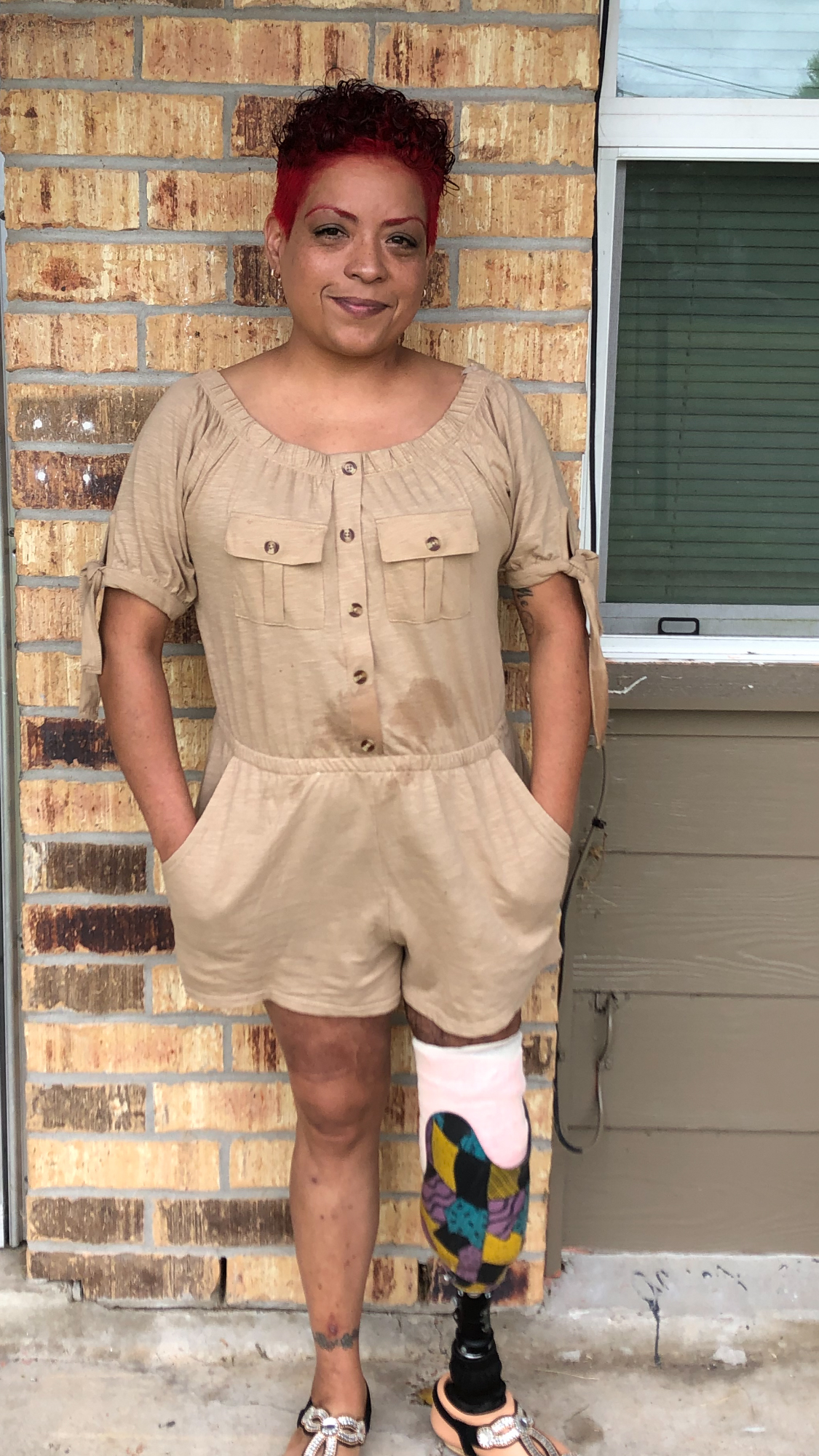 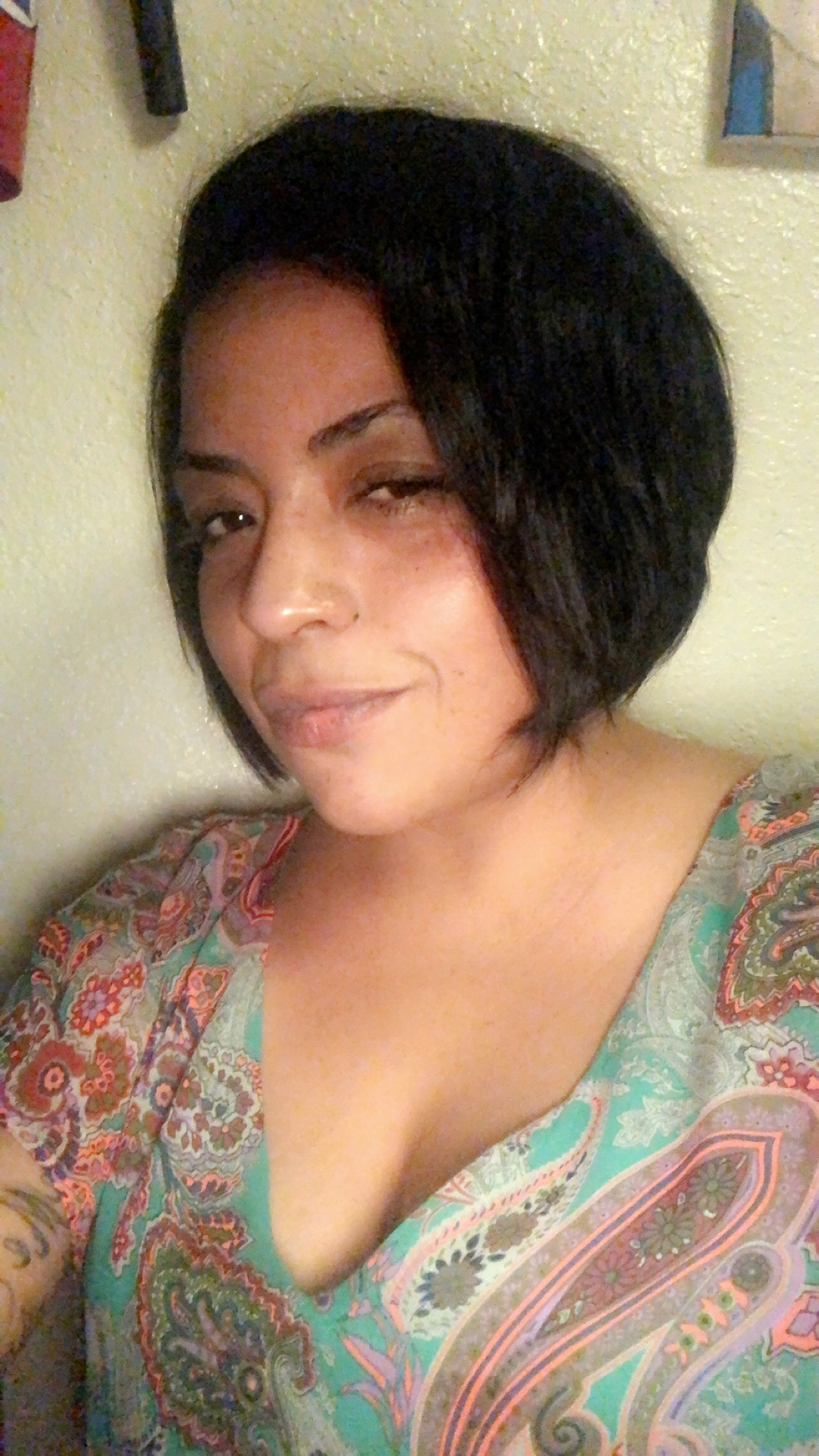 Ten days later the mum-of-two woke from a nap and her leg was covered in blisters and she was hallucinating.

The former saleswoman was eventually diagnosed with necrotising fasciitis and spent 17 days in intensive care.

Doctors believe the "pimple" was likely to be a spider bite.

The mum from Texas, US said: "The spot on my bum cheek wasn’t scary – it didn’t have a head on it to pop either.

"Doctors have now said it could have been a spider bite.

"Apparently I was walking around for 10 days and it was septic but I didn’t even know.

"I was in pain with my leg but I didn’t go to the doctors due to coronavirus.

"I didn’t want to risk catching it and thought the pain would ease off.

"But on the tenth day, I was very disorientated when I woke up from a nap.

"I couldn’t walk on my leg and my kids Adally, now 15, and Jacob, 14, said it looked like a green snake was wrapped around my leg.

"They were frightened because I wasn’t making any sense."

Bridgette had to undergo seven surgeries, eight skin grafts and have her leg amputated below the knee.

And although she has no recollection, her family were prepared to say goodbye.

She added: "I don’t remember a thing, but when I woke up the doctor was amazed.

"I had no idea where I was or how I got there. At this point, I didn’t even know I had half a leg missing.

"The doctor told me there was a two percent chance of survival so I felt incredibly blessed.

"I was also told the surgeries were life-threatening as I could have been a chance of me bleeding out every time.

"When he uncovered me, I couldn’t see anything past my knee and began crying."

Bridgette doesn’t know how she contracted the deadly virus but medics predict it was a spider bite.

She spent four weeks in hospital and had to learn how to walk again.

Holding back the tears, Bridgette adds: "They began asking me where I had been to contract the bacteria but I’m a homebody, especially with coronavirus so I didn’t know where it was from.

"They took skin from my right thigh, sides of the stomach and from my back.

"I don’t wish the pain from healing from a skin graft on anybody – it felt like the skin was falling off my bones."

She said: "At first, I thought it was the end of the world, I couldn’t take more than two steps at a time using a frame.

It felt like the skin was falling off my bones"

"But I never broke down, I didn’t dwell on it.

"I knew I had to get home to my kids and a pity party wasn’t going to get my leg back.

"I had to make the best out of the situation and work my hardest to get a prosthetic leg.

"They said it will take longer because I am Type 1 Diabetic but I managed to walk again within eight months.

"My leg looked like a beef jerky stick, it was raw and boney.

"It didn’t look like a leg at all but I have fat on it now."

Bridgette wants to give other people some "hope" by sharing her story.

She adds: "I am independent again, I can cook, clean, go shopping or out with my kids.

"I have realised it is just a foot and I now have another one.

"I wear my prosthetic for eight to ten hours a day.

"I have a ball on the ankle part so it bends when I walk like a real foot.

"I want to show my kids that you can’t give up." 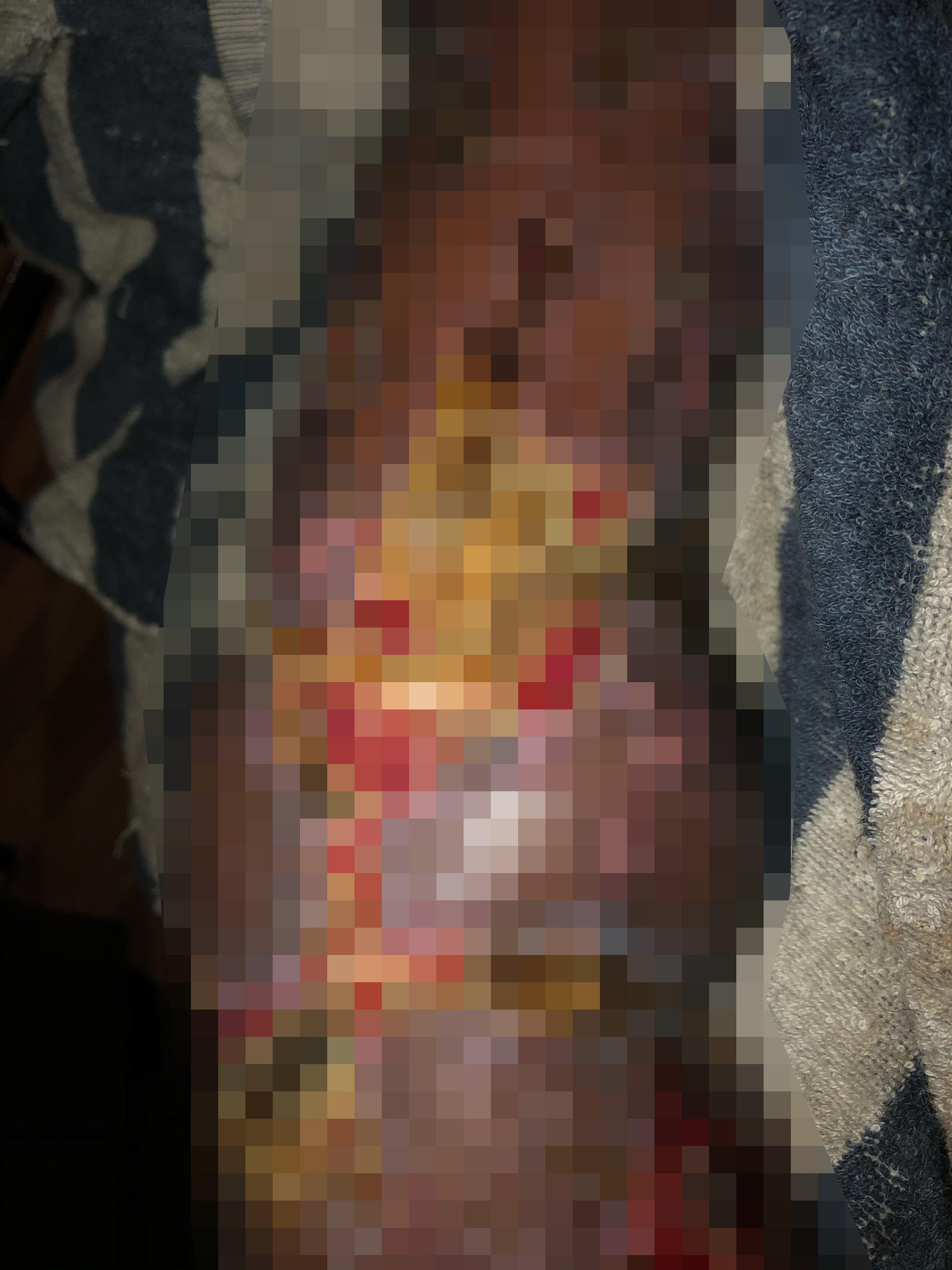 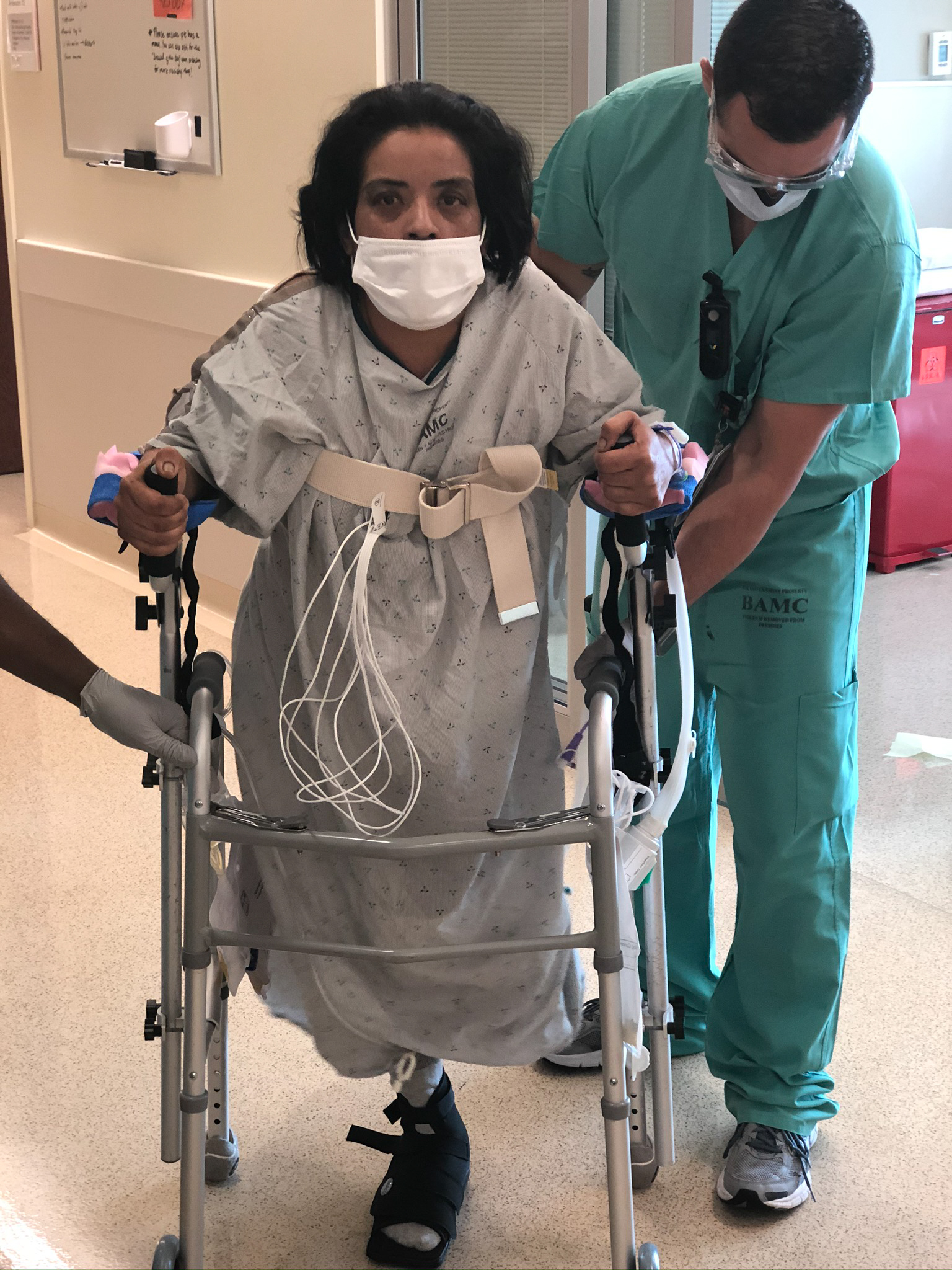 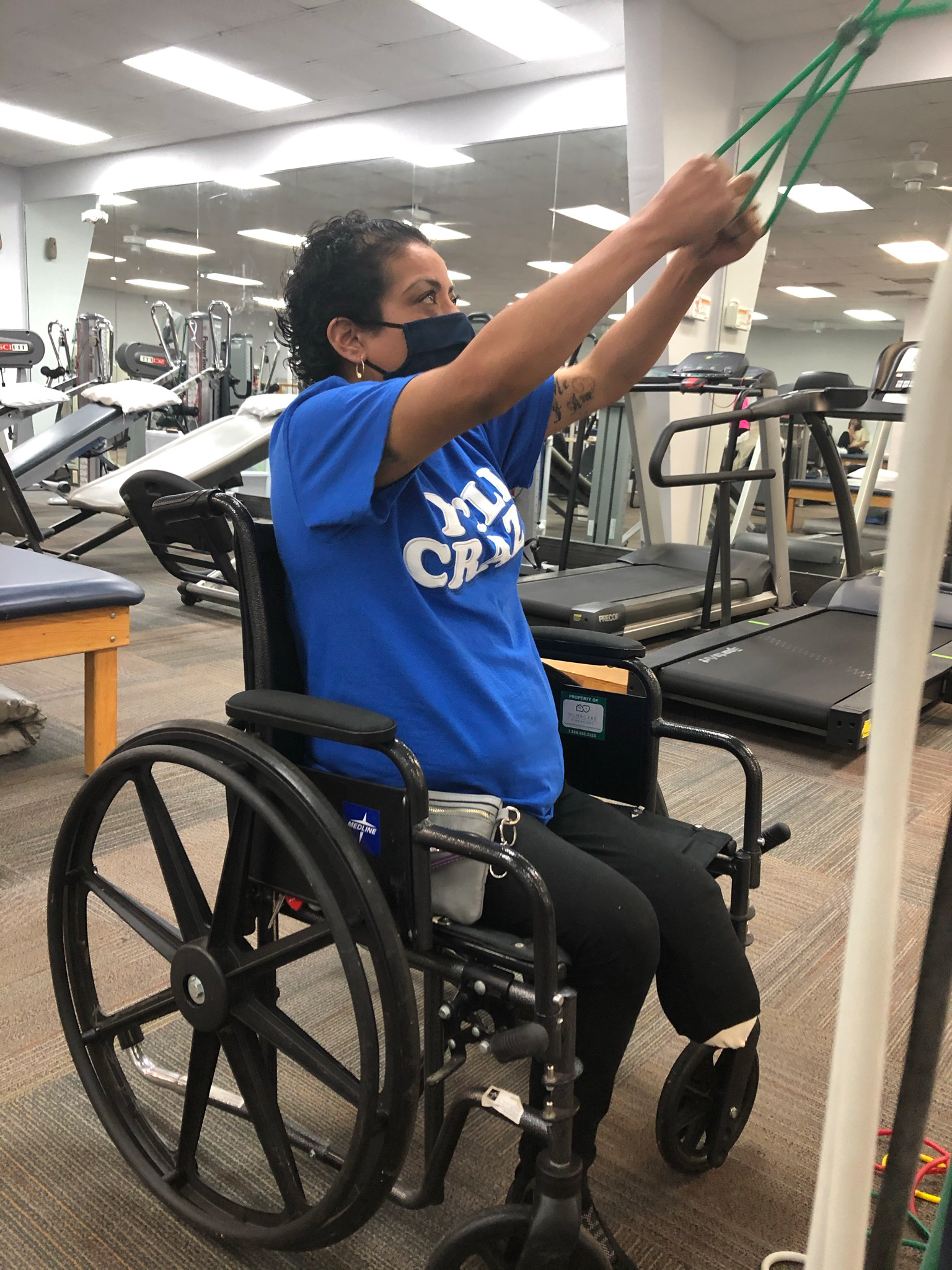 Trump's tactics to cling on as Biden takes the lead

My boys, 12 and 9, were burnt to death by their dad in twisted act of revenge… it’s a disgrace he was ever let near them