MPs today accused their French counterparts of effectively encouraging migrants to make the perilous journey by small boat across the English Channel.

They claimed that French MPs were spreading ‘misconceptions’ about how easy it is for undocumented migrants to live undetected in the UK.

Meanwhile, it emerged that Paris is dragging its feet after Britain offered the use of a surveillance plane to patrol the stretch of water to increase security.

Officials giving evidence to the Home Affairs Select Committee said the UK is still waiting for an answer from the French government on whether the plane is wanted or not.

It comes after a record 416 migrants arrived in the UK on small boats on Wednesday, the most ever on a single day. The figure was revised up from 409 by the Home Office this morning. 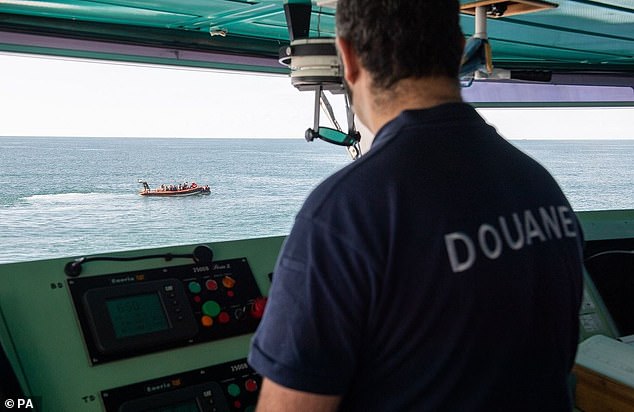 A record 416 migrants arrived in the UK on small boats on Wednesday, the most ever on a single day

However, he acknowledged that migrants were being given false ideas of what it is like to live in Britain undetected.

Tim Loughton, Tory MP for East Worthing and Shoreham, asked about suggestions made by a French politician that migrants come to the UK because it is easier to work illegally and ‘live undercover’.

Mr Loughton said: ‘It would appear that French members of parliament are party to putting around these misconceptions about how they are actually going to be looked after if they do make it to the UK.

‘That’s part of the problem, isn’t it, that people are coming here on a false premise?’

Former Royal Marine Mr O’Mahoney insisted that the French are ‘as committed as we are’ to tackling the migrant crisis.

‘They have prevented 3,000 people from crossing this year, including yesterday close to 200,’ he said.

Citing an example from yesterday, he added: ‘(They) stopped a very large Rib (rigid inflatable boat) with unbelievably 63 people on it from leaving the beach.’

He acknowledged that the crossings are ‘nowhere near the level that we want it to be’.

The total number of migrants who have crossed the sea to Britain in 2020 is now estimated to be more than 5,600.

Mr Loughton also pressed Mr O’Mahoney on reports that the UK had offered France the use of a surveillance plane to bolster efforts to stop crossings. 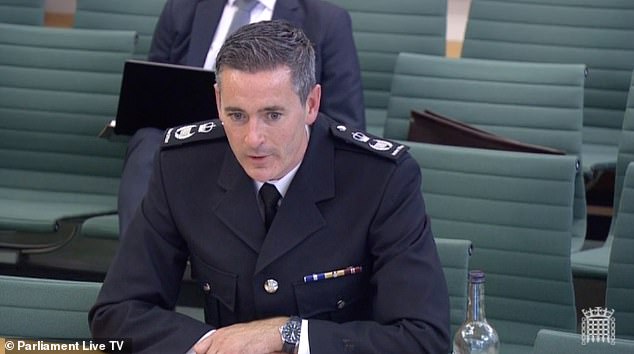 The Tory MP said: ‘Following on the point about cooperation with the French, specifically is it true that the French declined our offer of a surveillance plane?’

Mr O’Mahoney replied: ‘No, they haven’t declined the offer. They haven’t accepted it either. So it is an ongoing conversation we are having with the French.’

Mr Loughton said: ‘So we are offering them a surveillance plane which they haven’t leapt at the opportunity to beef up their security operation by using it?’

Mr O’Mahoney said: ‘They haven’t accepted it yet. They do have other aerial surveillance assets which are deployed over the north of France, both fixed wing aircraft and helicopters and some of the smaller drones that we have funded.’