A mother bear and her cub have been shot dead after swimming aboard a Russian nuclear submarine.

Footage taken by a witness shows the animals sitting on the deck before tumbling into the water after a shotgun is fired.

‘There’s no other way,’ the cameraman says. ‘If you chase it out, it’ll wander into the villages. That’s how you fight bears in Kamchatka.’ 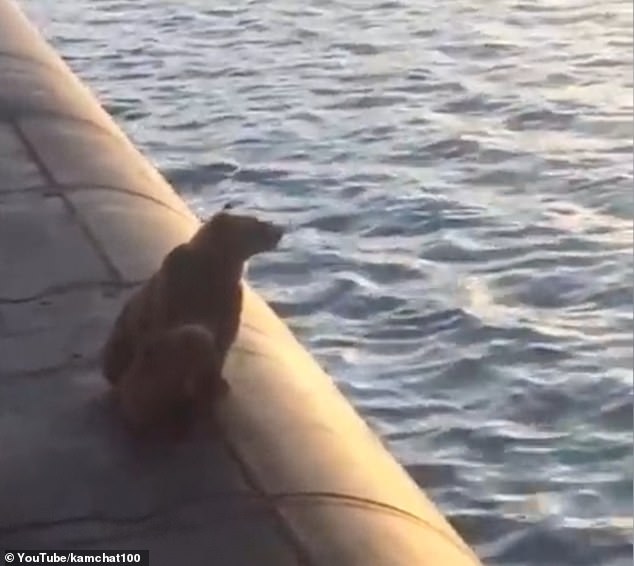 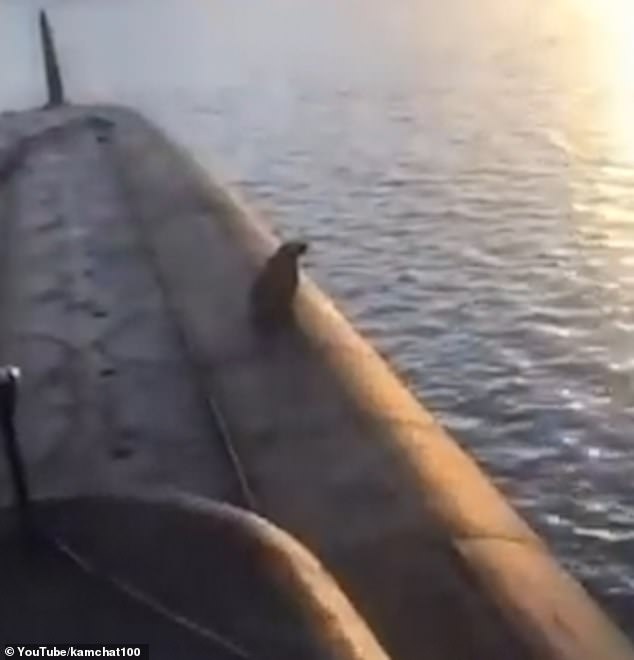 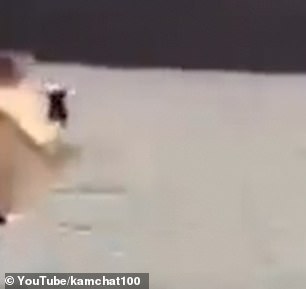 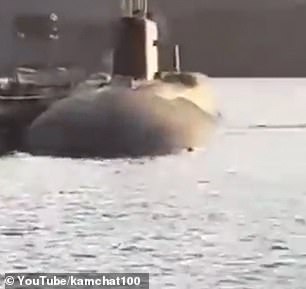 The bears, or at least one of the bears, can be seen toppling over the side of the submarine, left, and after it plunged into the water, right 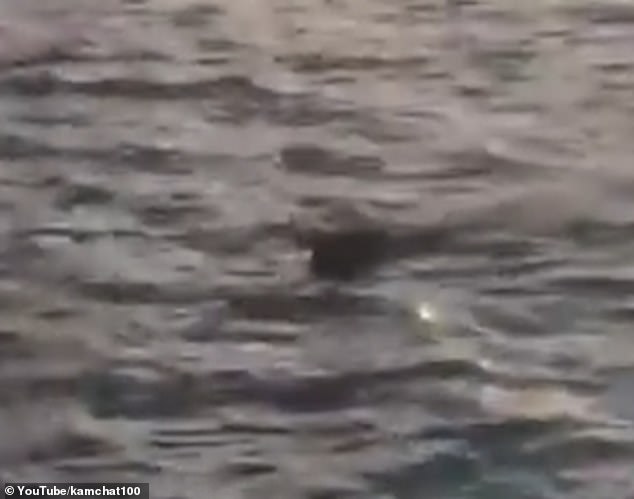 The animals swam across Krasheninnikov Bay and clambered onto the nuclear vessel close to the village of Rybachiy, where the Navy’s Pacific Fleet has a base.

A representative of the fleet said that the brown bears posed a threat to the sailors as well as the local populace and a qualified specialist was called to dispatch the animals.

A pro-military outlet said the mother bear ‘was very emaciated and wounded and the cub would allegedly become aggressive without its mother.’

The group added that the villagers were being harassed by the animals, The Moscow Times reported. 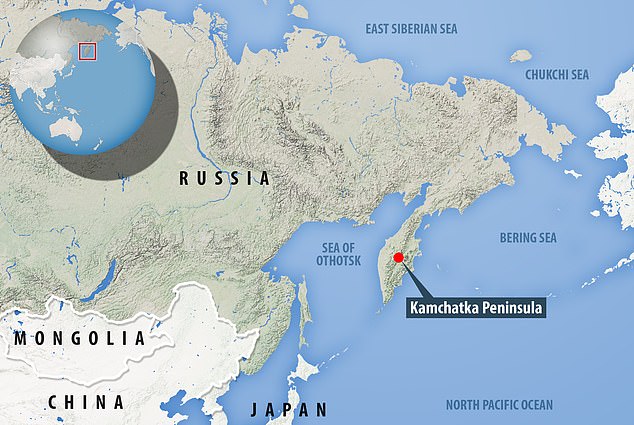 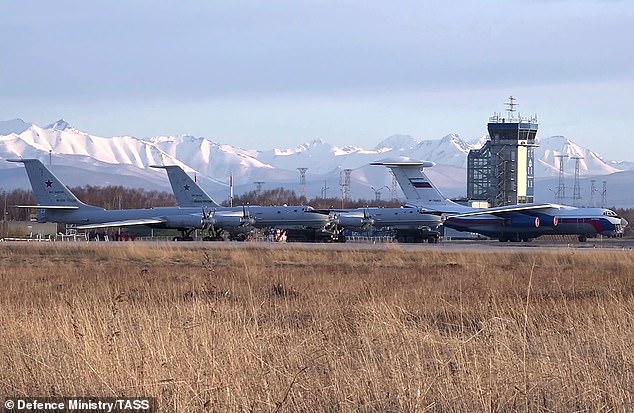 The dead bears add to a toll of more than 50 of the animals killed since the start of the year, the forestry agency told Interfax.

Around 14,000 brown bears live on the remote Kamchatka peninsula and occasionally they attack humans if they feel threatened.

Bears can also become dangerous if they stumble on food in settlements because they will associate humans with an easy meal.

What is a genetically modified mosquito and why are 750 million being released in Florida?