Parliamentary backers of Ms Mordaunt and moderate candidate Tom Tugendhat are  believed to be helping organise backing for Rishi Sunak.

One source told the i newspaper there was a ‘lot of hurt within the camp’ at briefings against Ms Mordaunt by Truss supporters during short campaign to get to the final two.

‘Several of us will now urge our members to vote for Rishi,’ they said.

‘That’s not because we support him, but because he is the better option than Liz. I have several hundred members in my local association and I will be suggesting they back Rishi.’

Not all Mordaunt backers are against Truss however, with some including Michael Fabricant coming out for the Boris loyalist.

It came as Jeremy Hunt, another candidate who lost out in an early round, rowed in behind Mr Sunak and said he was right not to promise immediate tax cuts to win over Tory members.

Writing in his local paper, the Farnham Herald, he said: ‘His willingness to tell Conservative Party members this is not the time for tax cuts shows he also has the courage to lead with messages that may not be welcome. 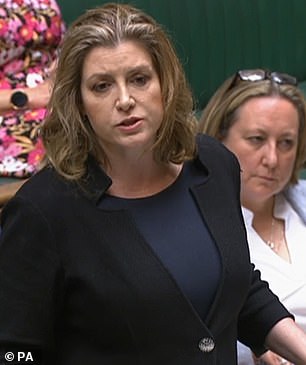 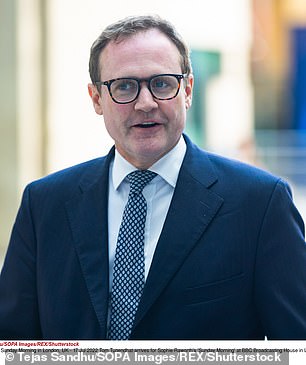 Parliamentary backers of Ms Mordaunt and moderate candidate Tom Tugendhat are believed to be helping organise backing for Rishi Sunak. 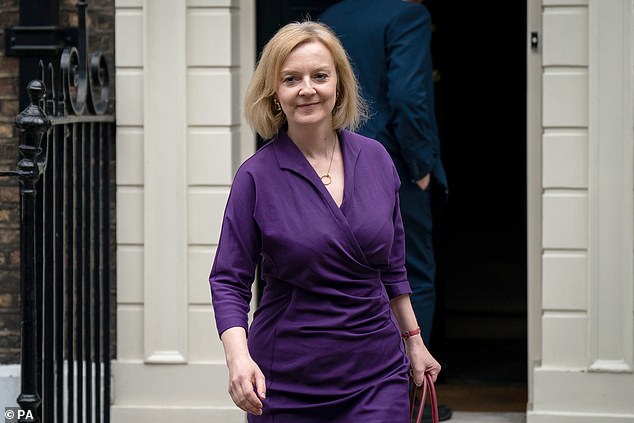 One source told the i newspaper there was a ‘lot of hurt within the camp’ at briefings against Ms Mordaunt by Truss supporters during short campaign to get to the final two. 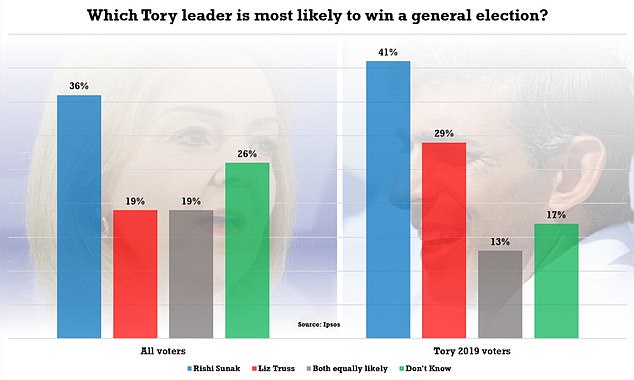 ‘Most of all, he has been through the ups and downs of politics as a senior cabinet minister (including the criticism of his wife) through which he showed he has an inner core that is rock solid.’

Yesterday Ms Mordaunt took an extraordinary swipe at her Tory boss for briefing against her.

She returned to her day job as an international trade minister and lashed out coldly at Anne-Marie Trevelyan.

The International Trade Secretary backed rival Liz Truss in the leadership campaign, and this week criticised Ms Mordaunt over her work ethic in an interview with LBC.

Ms Trevelyan said that other ministers had sometimes ‘picked up the pieces’ because Mordaunt ‘hasn’t been available’.

And the comment clearly rankled. Responding to a question from her ally Andrea Leadsom at international trade questions on Thursday morning, Ms Mordaunt said: ‘I am sort of amazed to find myself here this morning given my reported work ethic. But I am here.’

Rishi Sunak is under pressure to outline plans for swift tax cuts after falling further behind Liz Truss in the race to become the next Tory leader and prime minister.

The former chancellor is so far resisting mimicking Ms Truss’s plans for swingeing cuts to levies including National Insurance and corporation tax.

Experts last night said the Foreign Secretary’s fiscal plans for after entering No10 would cost the Treasury £30billion, but she has insisted they will not impact public spending

Mr Sunak did not pull any punches in an interview last night. Speaking to LBC he warned that the shortfall would have to come from ‘inflationary’ increased borrowing.

He said that going on a ‘huge borrowing spree’ would only ‘make the situation worse’.

But Tory sources suggested he would have to offer members something, after a new poll found that Ms Truss had increased her lead among the Conservative faithful.

The Foreign Secretary was the choice of 62 per cent of the membership polled by YouGov for Sky News, against 38 per cent for the ex-chancellor.

They will tour the UK over the next six weeks to take part in 12 hustings for the Tory members who will vote for their next leader, with the result being announced on September 5.

A former advisor told Politico: ‘He needs to throw something to the right and the finance bods who think Liz is right.’

In contrast to Ms Truss’s lead among members, a second poll found Mr Sunak is more likely to win a general election, something he seized on.