The wide-ranging review found “inconsistent descriptions of teaching activities” amounting to about $7.7 million in lost wages for staff, a university spokesperson said in a statement on Thursday. 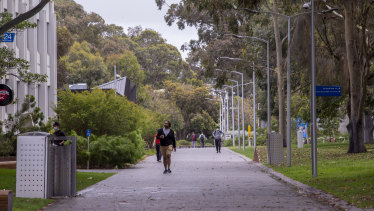 Monash University will pay back its sessional staff more than $8.6 million. Credit:Wayne Taylor

That figure represented about 2 per cent of all sessional payments made between January 2014 and June 2020, the spokesperson said.

The audit also found time sheet submission errors representing about $900,000 in lost wages, or 0.3 per cent of all sessional payments across the review period.

The university spokesperson said that while the errors were “unintentional and represent a very small percentage of the total payments made to sessional staff” throughout the review period, “we acknowledge the inconvenience and concern this may have caused to those affected and sincerely apologise for these pay errors”.

They said the total figure of $8.6 million represents less than 1 per cent of the university’s total payroll over the 6½ years. 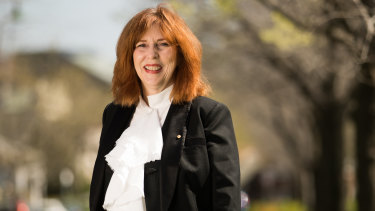 “The university is strongly committed to ensuring its staff are paid correctly in accordance with the University Enterprise Agreement and all relevant legislation,” the spokesperson said.

While the review was prompted by inconsistencies raised in one faculty and rectified in 2019, the spokesperson said, it was undertaken to ensure that any systemic issues affecting sessional staff pay were correctly addressed.

“This review was not only about identifying and rectifying any past underpayments, but also ensuring that systems were changed and improved to prevent this occurring in future,” the spokesperson said.

“We are in the process of building a new integrated scheduling and payment system for sessional staff, with initial implementation steps already in place.”

Monash will endeavour to process the back payments for casual staff who have worked at the university in the past 12 months by the end of October this year. Staff who had worked before then and are no longer with Monash will be reimbursed later, the spokesperson said.

The payments will include any applicable interest and super.

The spokesperson said the university hoped its actions provided the community “with some confidence that we take our obligations to pay our staff properly very seriously”.

The tertiary education union has been pursuing RMIT University over what is said was the serial underpayment of academic staff over almost a decade, in a “wage theft” claim that could cost that university millions of dollars in back pay.

Earlier this month, the University of Melbourne also apologised to its casual staff for years of underpayment. Workers there and the union have said the university is not doing enough to address ongoing insecure working conditions.

The Monash spokesperson said the review into sessional tutorial payments was in its “final stages of completion”.

Gran, 53, 'left 11-month-old granddaughter to drown in the bath as she watched Emmerdale in next room'