A YOB with “better combos” than Tyson Fury floored a bouncer before his mate was KOd by another doorman in a savage fight outside a pub. 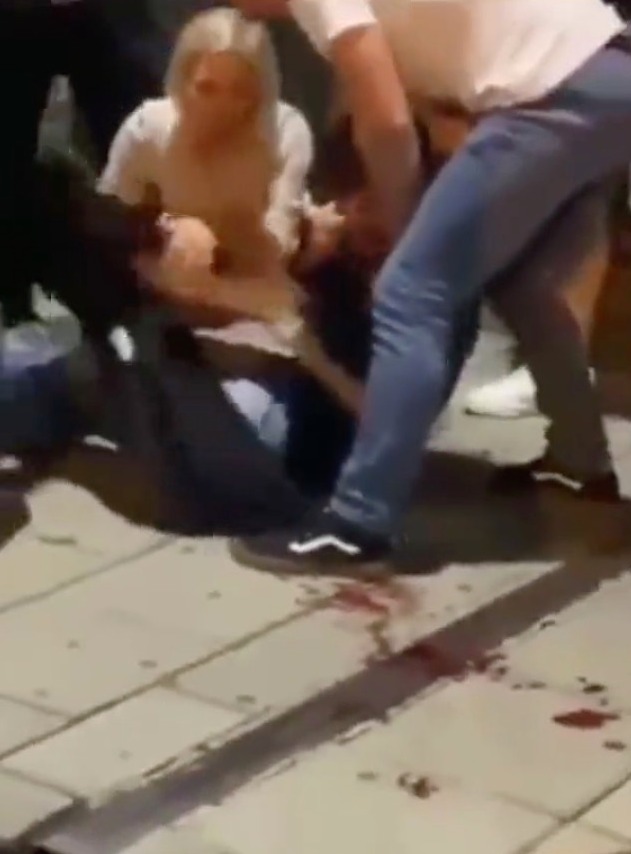 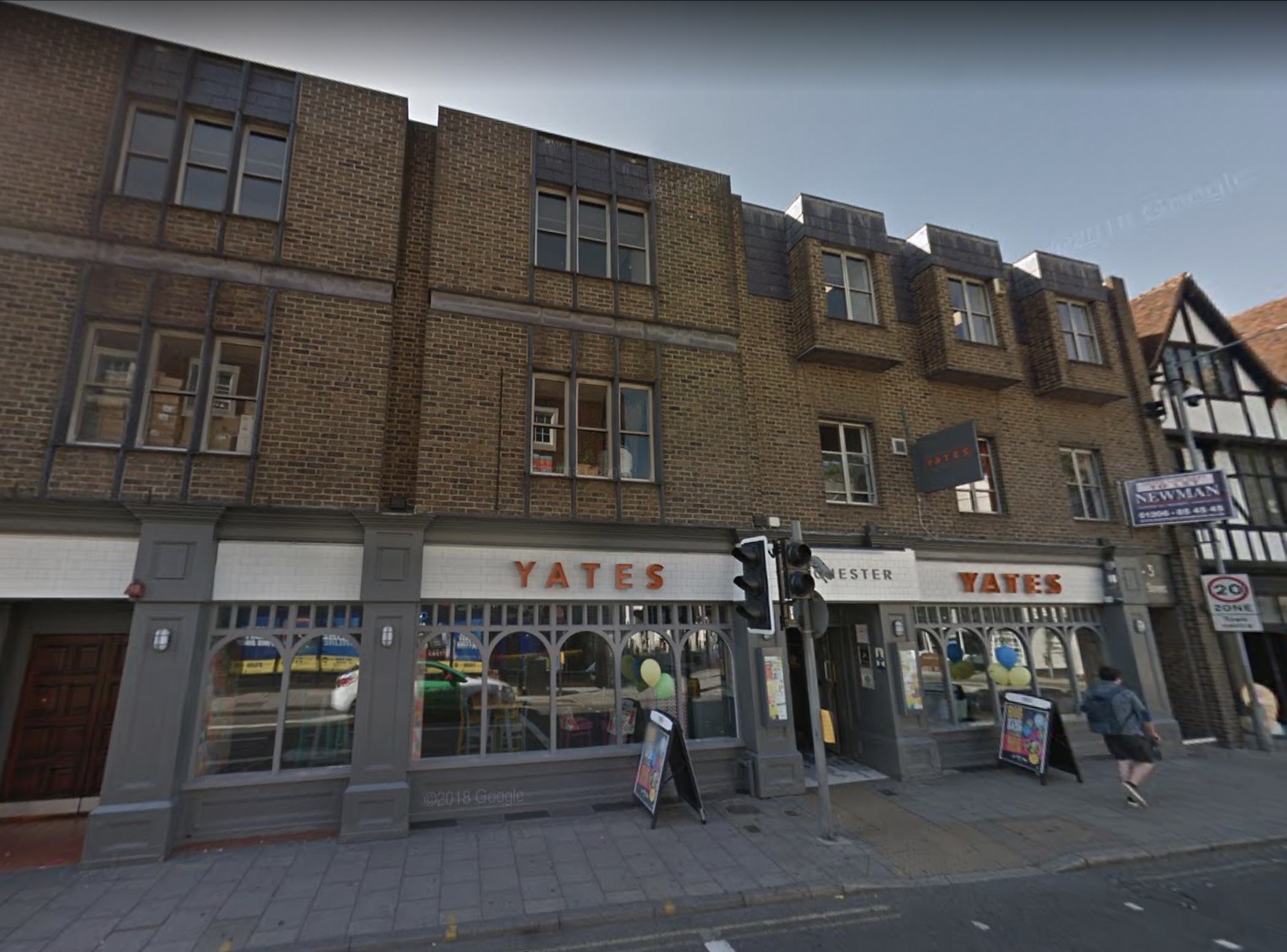 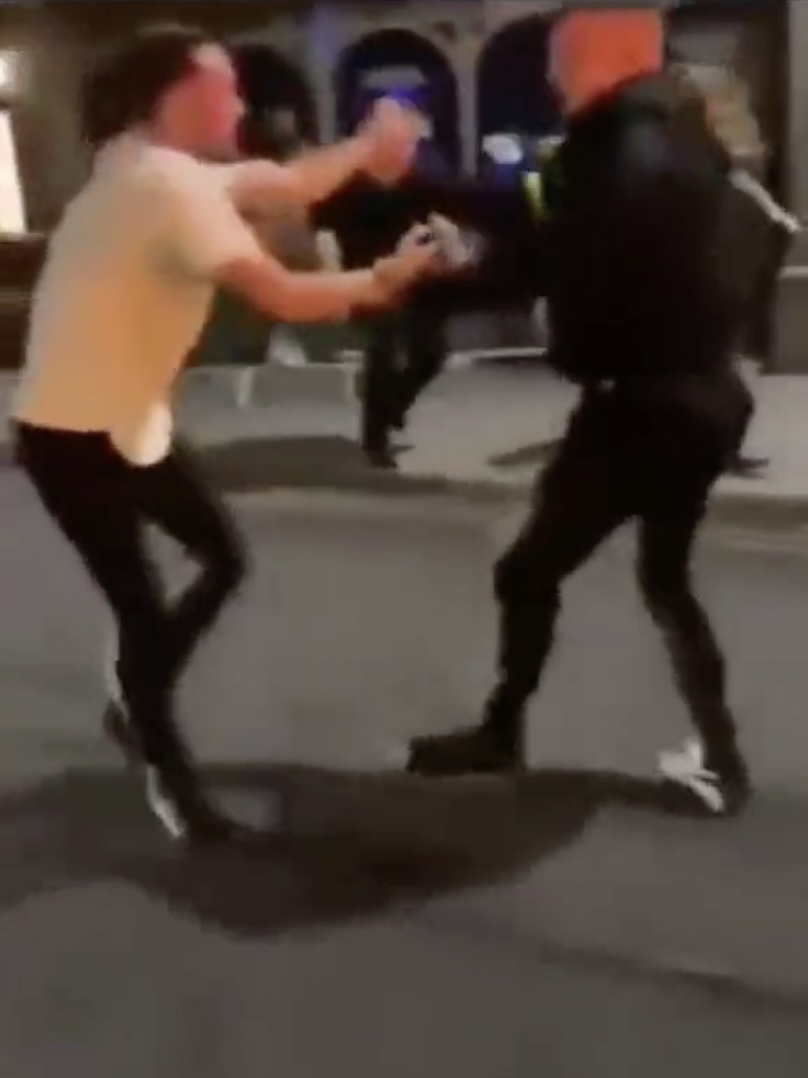 In the video, a lout in a white T-shirt sparks a doorman in the face and follows up with a brutal flurry of punches.

The big man is clearly dazed by the combo and seconds later he is thrown to the ground in the middle of the road.

A metallic ringing noise suggests part of him collided with a street sign on his way to ground.

A taller doorman grabs the yob in the white t-shirt and swings him about like a ragdoll as the skirmish spills into the road.

But another thug runs over and starts attacking the security guard, who stands his ground as the two blokes hurl punches at him.

He grabs one of them in a headlock and they fall to the ground, while the other hoodlum punches down at the bouncer's head.

Two new security guards – backed up by their colleague who was thrown to the floor – sprint over to save their mate.

More thugs run over to scrap with the bouncers on Friday night.

But this is a mistake as one of the burly newcomers clearly knows how to handle himself.

The doorman adopts a boxer's stance as three yobs square up to him.

He catches one with a savage hook that knocks him out cold.

The man falls to the floor and can be seen lying face down, motionless.

The bouncers appear to gain the upper hand from this point forward.

Another doorman manages to win a grapple and subdue his attacker by putting him in a headlock.

The two groups can then be seen remonstrating as the fight stops.

The lawless scenes reportedly happened outside Yates Colchester, a pub in Colchester, Essex, on Friday night.

A video of the brawl has been viewed more than 30,000 times on Twitter.

People on social media were quick to condemn the shocking spectacle.

Allen said: “Anyone thinking they can take on door staff are delusional where there is one expect another 10 to show up.”

Another speculated some of the attackers could have been soldiers, saying: “Colchester…squaddies v civvies?”

There are soldiers stationed at Colchester Garrison but there is no evidence to suggest any of them were involved in the fight.

Another bloke added: “First guy had better combos than Fury.”

A spokesperson for Essex Police said: “Two men have been arrested in connection with an assault in Colchester in the early hours of Saturday (11 September).

“We were called to Head Street shortly before 1.45am to reports a man had been assaulted.

“Two men from Colchester – aged 19 and 22 – were arrested on suspicion of GBH with intent and ABH.

“They have both since been released under investigation.”

If you have any information you can submit a report online at https://www.essex.police.uk or use the 'Live Chat' button to speak to an online operator between 7am-11pm. 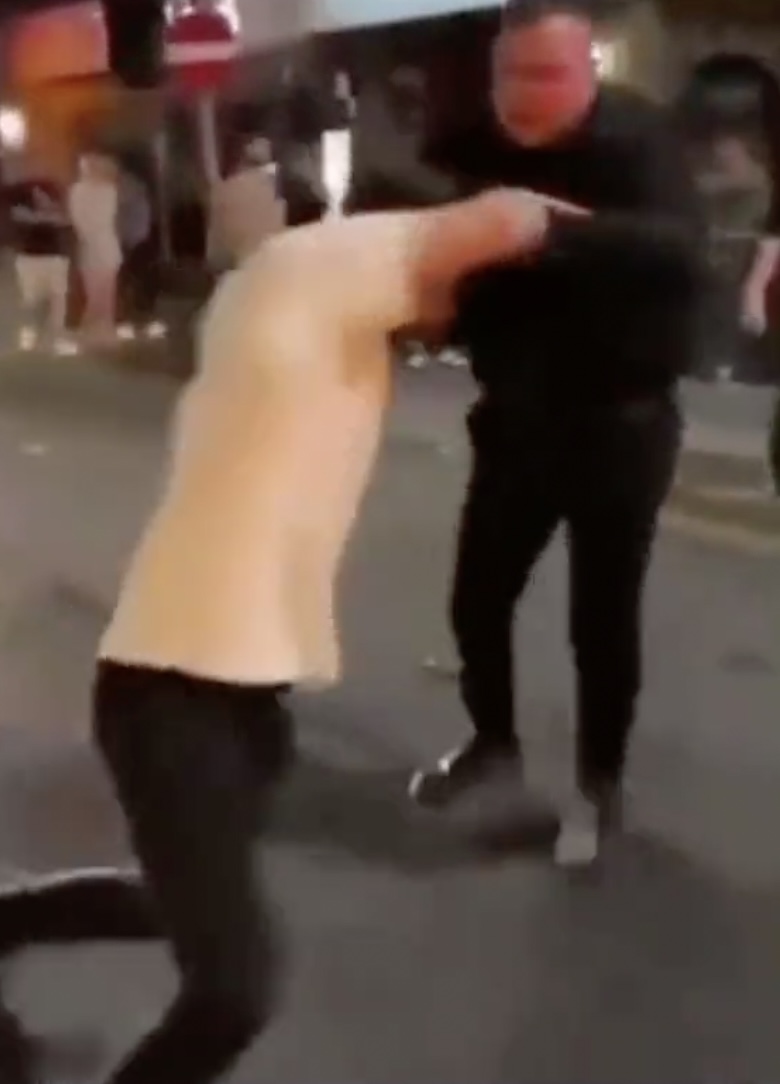 US cracks down on Chinese companies allegedly exporting hair of prisoners