THIS is the moment Trade Secretary Liz Truss was almost hit on the head by a falling tripod during a live Sky News interview.

The Cabinet minister took evasive action when the tripod toppled over during a windswept broadcast for Sophy Ridge on Sunday. 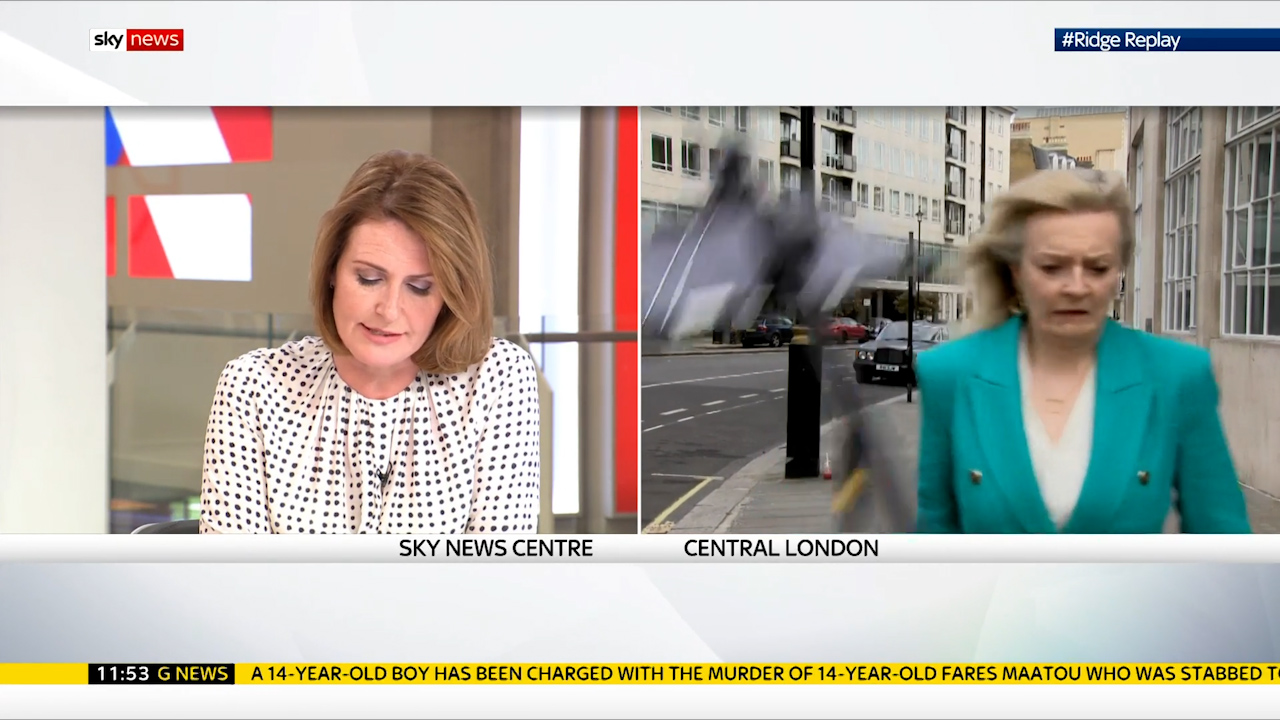 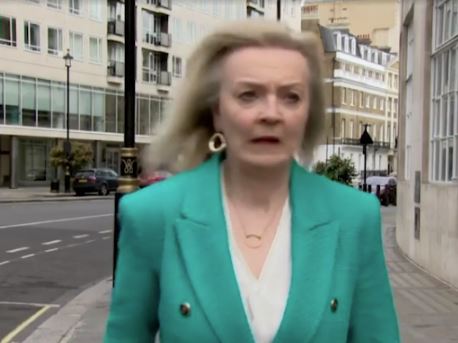 A shocked Ms Truss was seen swerving to dodge the TV equipment as it tumbled towards her.

The fleet-footed International Trade Secretary, who is on the verge of sealing a landmark £20billion deal with Australia, ducked as the tripod fell to the ground.

Following the near miss, Ms Truss laughed and apologised saying "it's rather windy out here".

Sky presenter Jayne Secker smiled said: "Oh dear me. You're doing ever so well battling against the elements.

"Well done for not getting hit on the head."

During the interview, Ms Truss defended Boris Johnson over incendiary allegations from the PM's former top adviser Dominic Cummings about the cost of refurbishments at Mr Johnson's Downing Street flat.

She insisted Mr Johnson paid for the refurbishment out of his own pocket, but was unable to say where he got the money.

It followed Friday's bombshell intervention by Mr Cummings who claimed the Prime Minister's plan for donors to pay the reported £200,000 cost of the refurbishment was "possibly illegal". 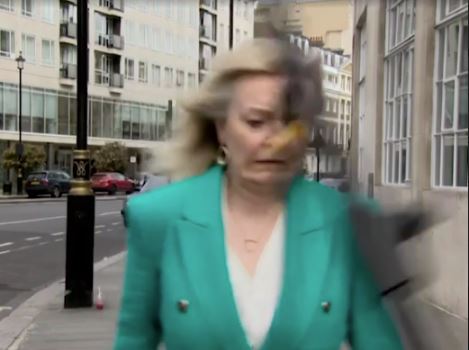 But Ms Truss was adamant the prime minister had complied with the rules for ministers and that the details would be declared publicly.

The latest register of ministers' interests is now eight months overdue, with Labour demanding an investigation into a "real stench" around the government.

Ms Truss dismissed the allegations as "tittle tattle", as she repeatedly refused to confirm if a Tory donor gave Mr Johnson a loan to pay the refurbishment costs.

She told Sky News' Sophy Ridge on Sunday: "I have been assured that the rules have been fully complied with and I know that he has met the costs of the flat refurbishment.

"I absolutely believe and trust that the prime minister has done that.

This is a real stench around what (the) Government is about.

"What people want to know is that in line with the rules the prime minister has met the cost of this refurbishment.

"That has happened. All the costs will be declared in line with the rules.That, as far as I am concerned, completely answers that question."

But Labour has today come out out swinging, demanding the Electoral Commission mount a full investigation over Mr Cummings' claims the PM tried to get Tory donors to secretly fund the work.

“These are serious allegations,” she told BBC1’s The Andrew Marr Show.

“Why are they hiding the fact that ministers have to declare these donations and they’ve not done that?

"That’s serious. This is a real stench around what (the) Government is about.”

In a leaked email obtained by the Daily Mail, Tory peer Lord Brownlow said he was making a £58,000 donation to the party "to cover the payments the party has already made on behalf of the soon to be formed 'Downing Street Trust'".

The Electoral Commission has said it is still looking into whether any of the sums relating to the work on the flat should have been declared under the rules on political donations.

Lorry ploughs through a motorway divide

WHO questions UK's approach to 'herd immunity' amid coronavirus fight