Punters clashed with officers at The Blue Bell Inn in Scunthorpe, Lincolnshire on Friday night. 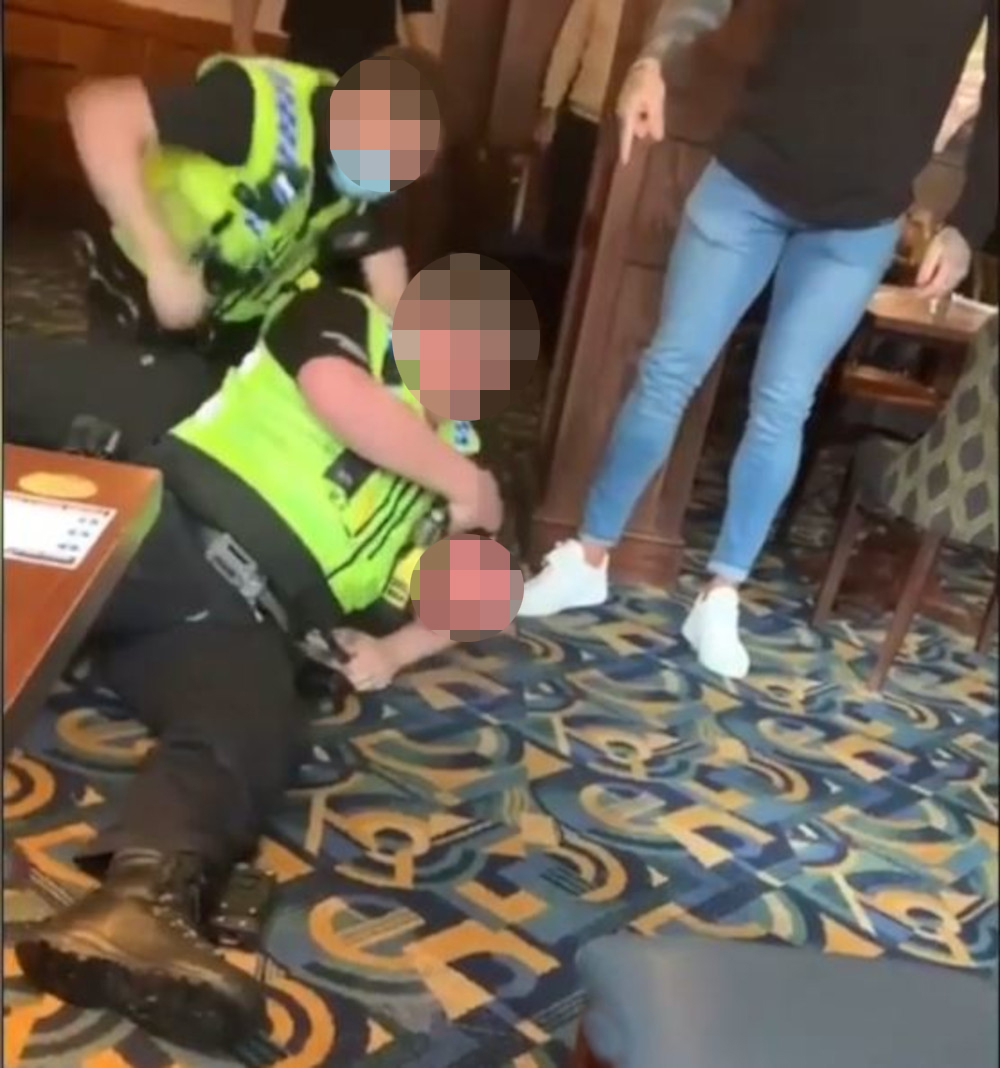 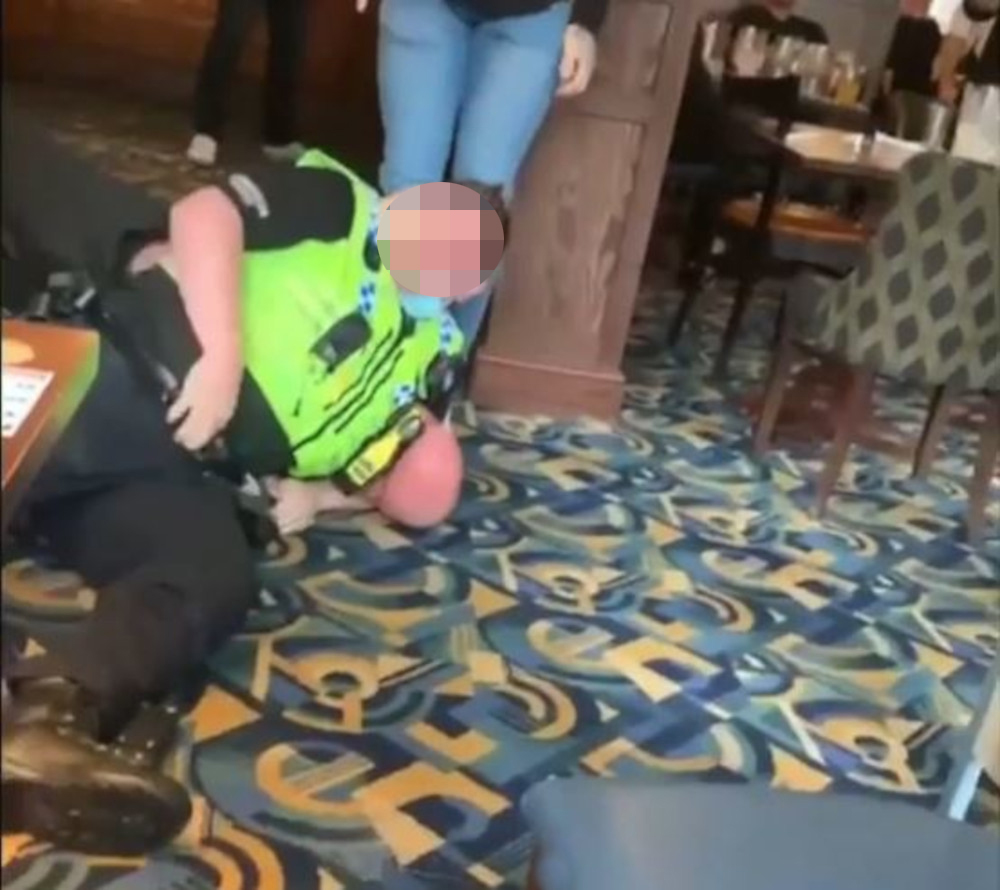 Officers were forced to brandish their taser guns during the horrifying bar-room flare-up.

Humberside Police said four police officers and a member of the pub's staff were "reportedly assaulted by a group of men".

Two officers were treated in hospital for their injuries following the 'Spoonsclash.

It came on a Bank Holiday weekend of chaos across the country as boozy Brits enjoyed the sunny weather.

Astonishing video footage shows one officer wrestling a man to the floor as he holds him in a headlock.

The officer grapples with the thug on the ground before the man he's arresting appears to attempt to gouge his eyes.

Another police officer piles in and is seen appearing to strike the suspect during the bar-room chaos.

The assisting officer is then tackled by a woman before being grabbed by a man from behind. 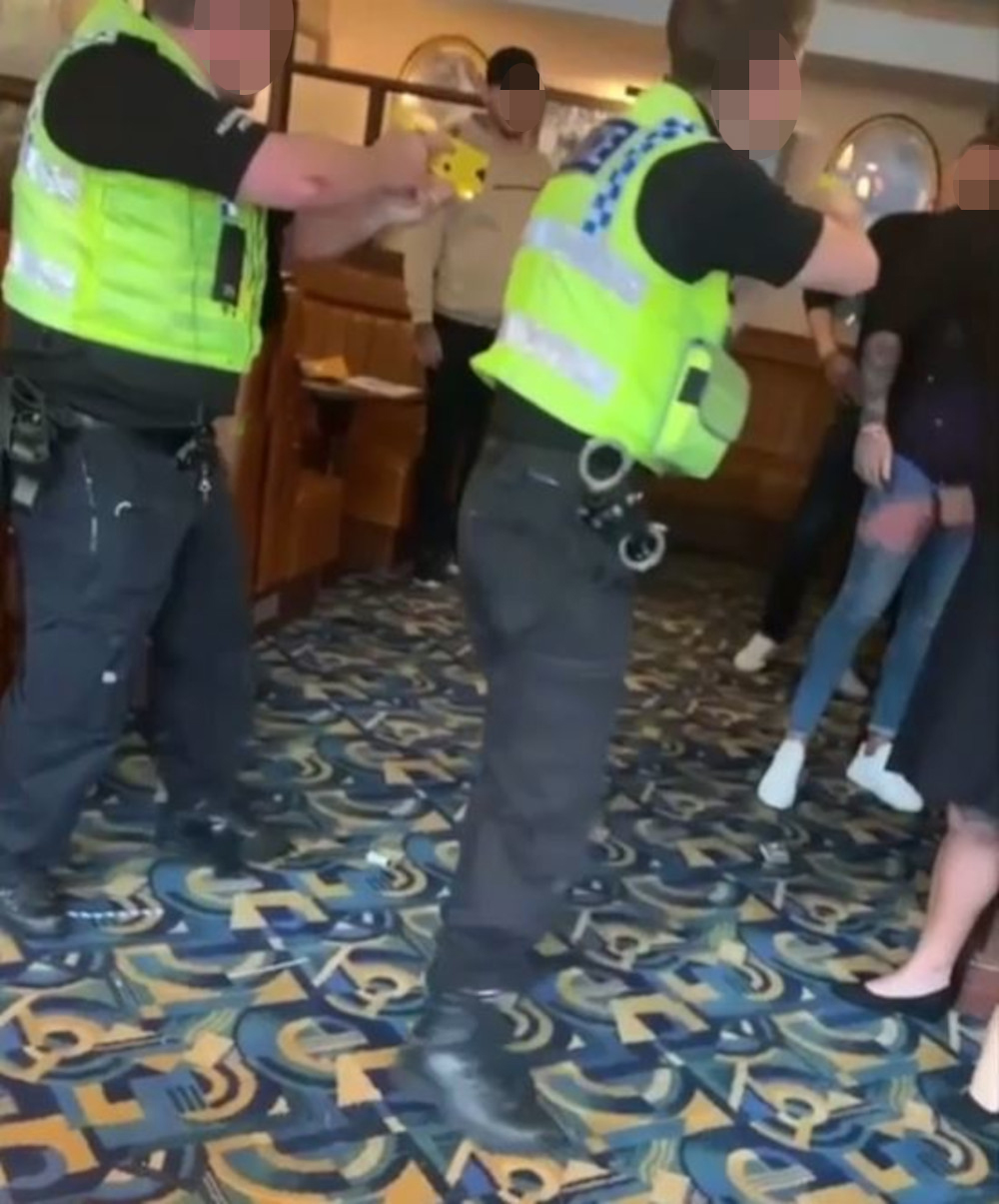 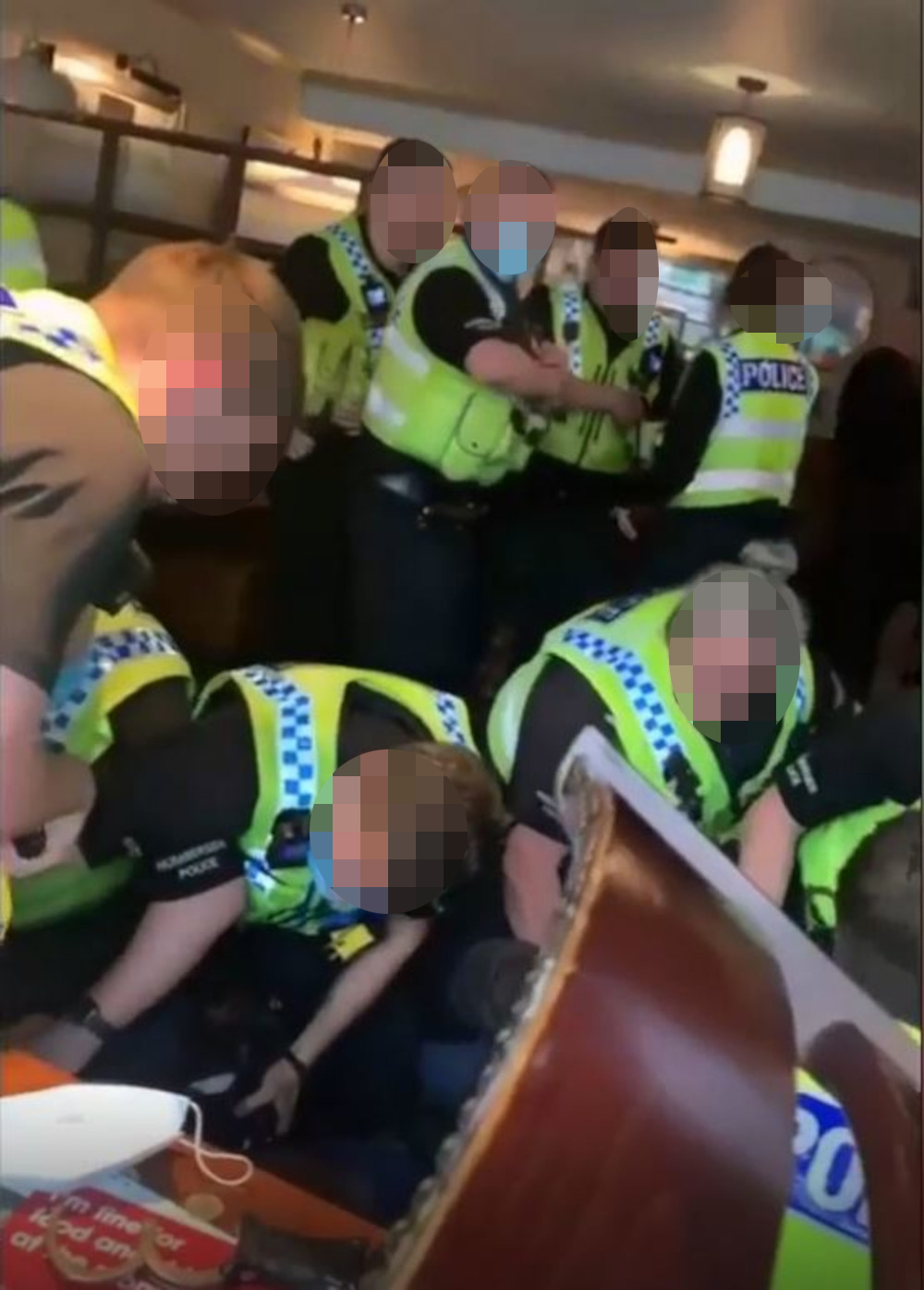 Two police officers are then seen aiming their tasers at a crowd before reinforcements are scrambled to the pub.

Elsewhere, a 16-year-old boy and two men in their 20s were stabbed in an "unprovoked" beach attack just yards from a Millionaires' Row.

A samurai sword and an axe were reportedly used during the shocking stabbing at Formby Beach in Sefton, Merseyside on Sunday night.

Police are also probing a stabbing in Bolton that left four men in hospital.

Our first response will always be to engage with drinkers, however please be assured that we will swiftly and robustly deal with any cases of disorder

Following the shocking Wetherspoons clashes, a Humberside Police spokesman said: "At 5.20pm on Friday May 28, police were called to reports of a disturbance at a pub on Oswold Road in Scunthorpe.

"On arrival at the scene, four police officers and a member of staff were reportedly assaulted by a group of men.

"Two of the officers required hospital treatment for their injuries.

"A number of people have been questioned in relation to the incident and have subsequently been released as we continue our enquiries."

Chief Inspector Paul French said: "Now that restrictions are lifting and hospitality is reopening, we are doing all we can to support members of the public and local businesses as the night time economy re-starts.

“Our first response will always be to engage with drinkers, however please be assured that we will swiftly and robustly deal with any cases of disorder and we certainly will not tolerate abuse and violence directed at our officers or at hospitality staff.

“There are additional measures in place at the moment and venues are working hard to adapt.

"If you are going out, please be patient with staff and respectful of the rules in place at individual establishments. They are there to keep you and others safe.” 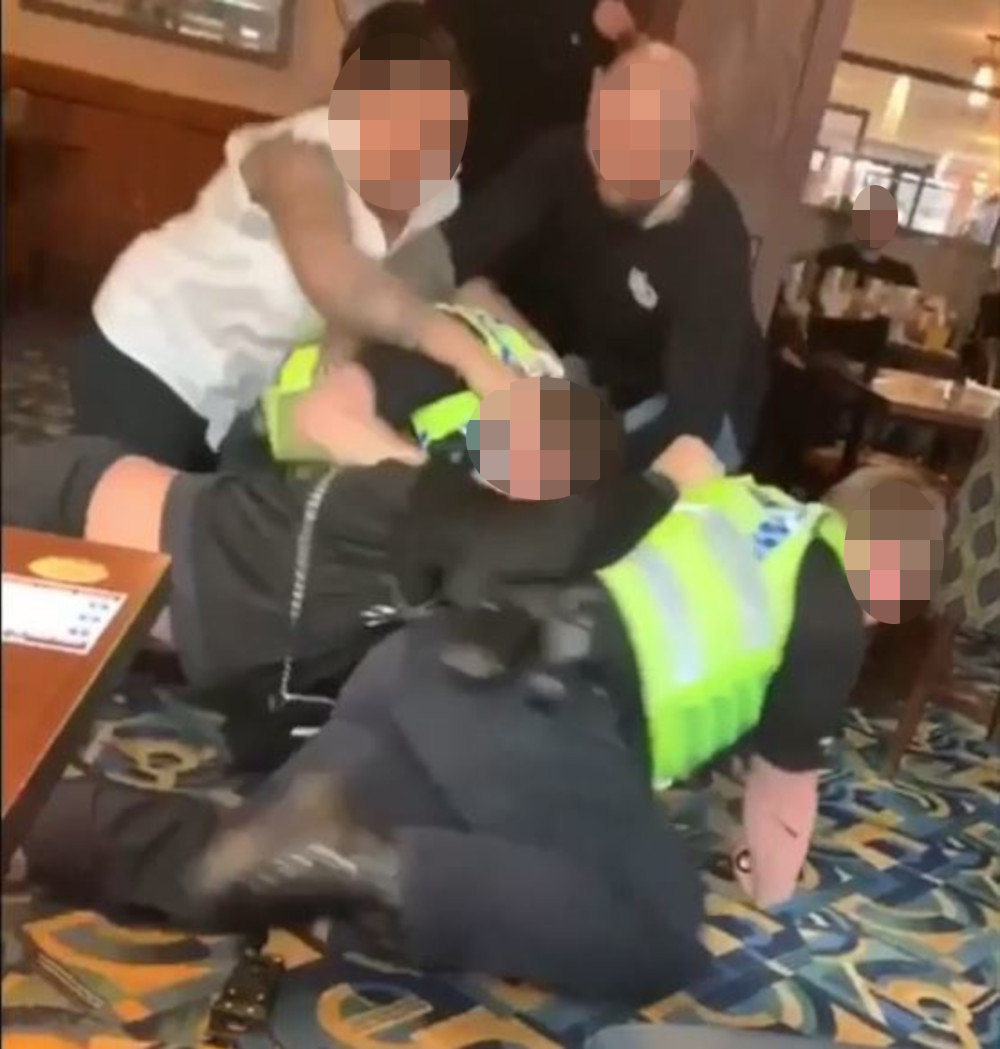