‘Disgusting’ moment Royal Mail postman leaves pensioner, 72, lying in the snow in freezing temperatures because he’s too ‘knackered’ to pick her up

A Royal Mail postman left a vulnerable pensioner lying in the snow in freezing temperatures after a bad fall because he was ‘too knackered’ to help her.

Shocking video shows the worker ignoring 72-year-old Patricia Stewart’s pleas for help after slipping outside her home in Falkirk, Scotland.

The Royal Mail has now apologised to Patricia and her loved ones for the worker’s ‘disgusting’ behaviour on Wednesday, and are investigating the incident. 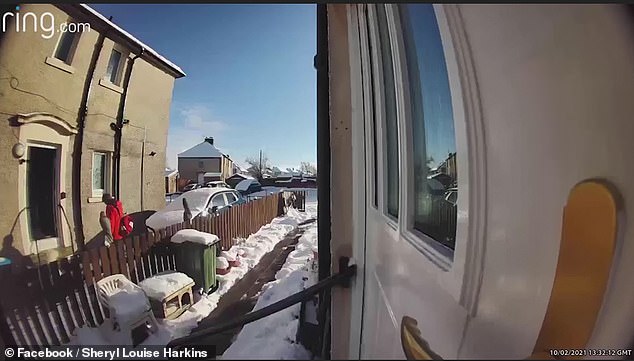 Shocking video shows the worker ignoring 72-year-old Patricia Stewart’s pleas for help after slipping outside her home in Falkirk, Scotland

Patricia’s niece Sheryl, who has been looking after the pensioner as Storm Darcy continues to lash parts of Britain, said she was helped inside by a Hermes worker a short time later who then called a neighbour for help.

She wrote on Facebook: ‘Here’s our postman this morning, my Aunt had fallen and was lying on the path in the snow!

‘If you listen closely you will here the postman telling my Aunt ‘I can’t help you pal I’ve been out working since x time this morning in this weather’ and walks away leaving a 72yr old lady lying in the snow!

‘Luckily the Hermes girl arrived soon after and done what the postman should have and called on a neighbour to help!

‘Thank goodness for that girl because this could have been a very different situation if she hadn’t turned up when she did. 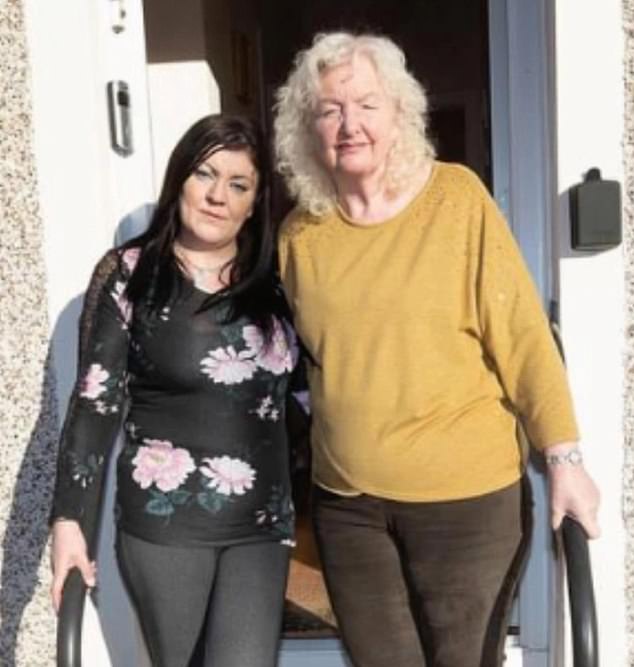 Patricia’s niece Sheryl, who has been looking after the pensioner, said she was helped inside by a Hermes worker a short time later who then called a neighbour for help

‘I honestly don’t have the words for how disgusting this is, for a human being to treat another human being in this manner words fail me’.

Sheryl later revealed that a manager from Royal Mail visited them to apologise and assure them the incident is being investigating.

‘I have to say the response was fast and I’m glad they have acknowledged this and are not allowing it to be swept under the carpet,’ she said.

‘The main thing is Auntie Pat’s ok and it wasn’t more serious than it could have been because of his negligence! I hope the postie who done it reflects on this and realises what type of person he is, and never treats anyone like this again!’

Reaching out to social media users who shared the video, she added: ‘From myself and my Auntie Pat thank you all for your kind words and well wishes it is very much appreciated.’

A Royal Mail Spokesperson told MailOnline: ‘Royal Mail expect the highest standards of behaviour from our people while out on deliveries and collections at all times. We regularly remind our postmen and postwomen of the important role they play in their local communities

‘We were very sorry to learn about this incident, and for the distress this incident has caused. We are in touch with the customer concerned and will be investigating this incident.’