THIS is the harrowing moment two men were saved in a daring helicopter rescue mission after becoming trapped on a sea stack.

The climbers raised the alarm at around 6.30pm last night after they found themselves stuck on a small ledge of the rock in Sutherland, Scotland. 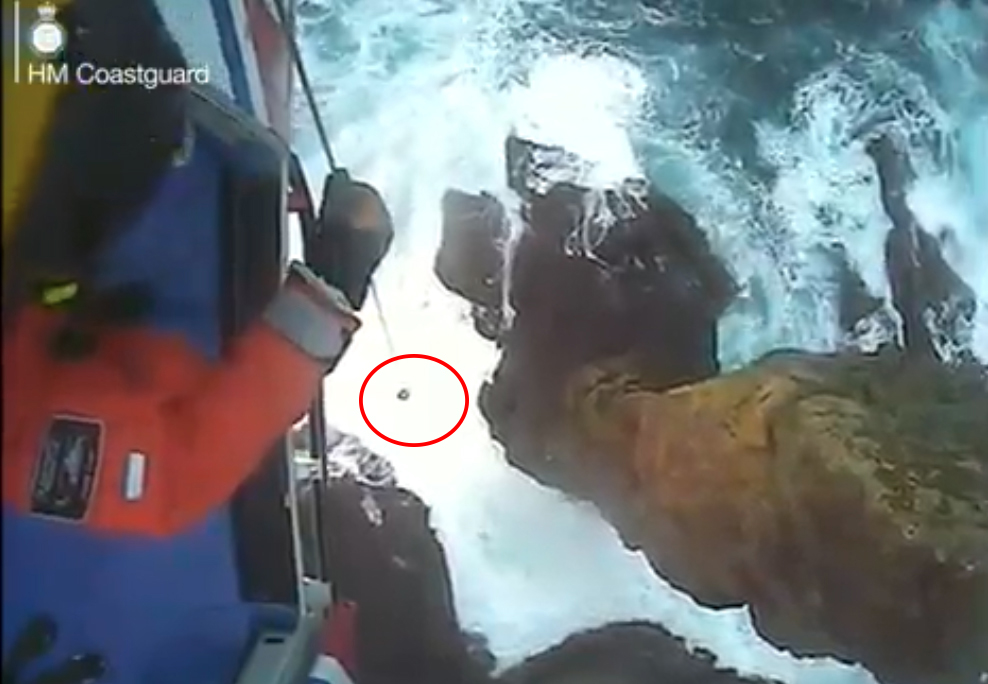 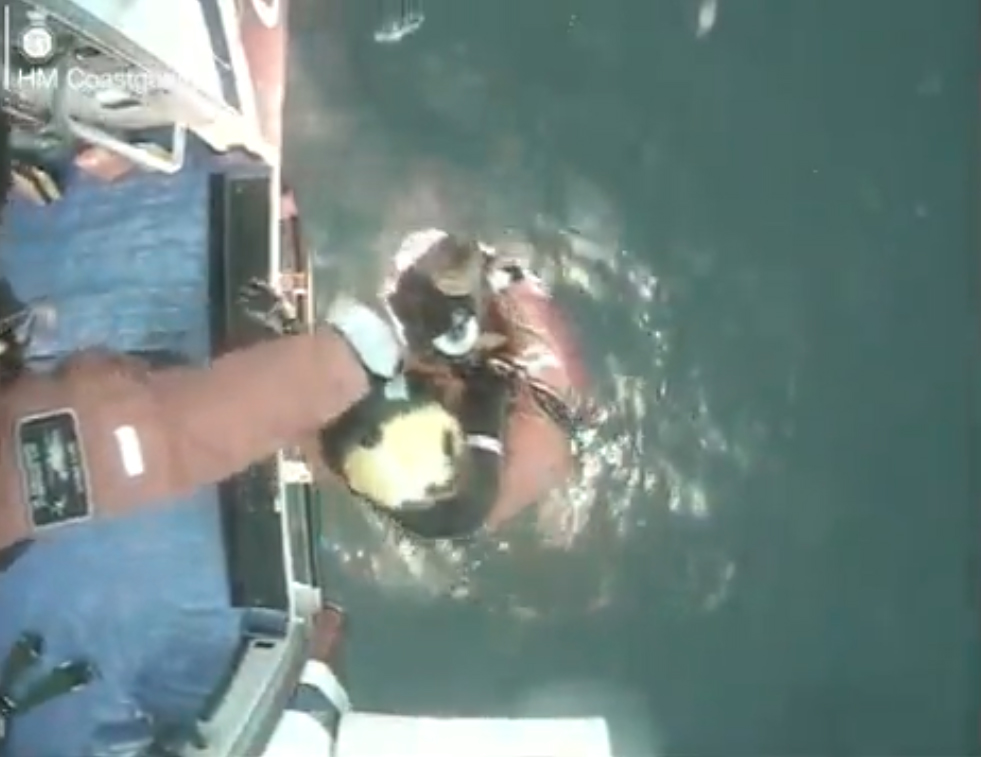 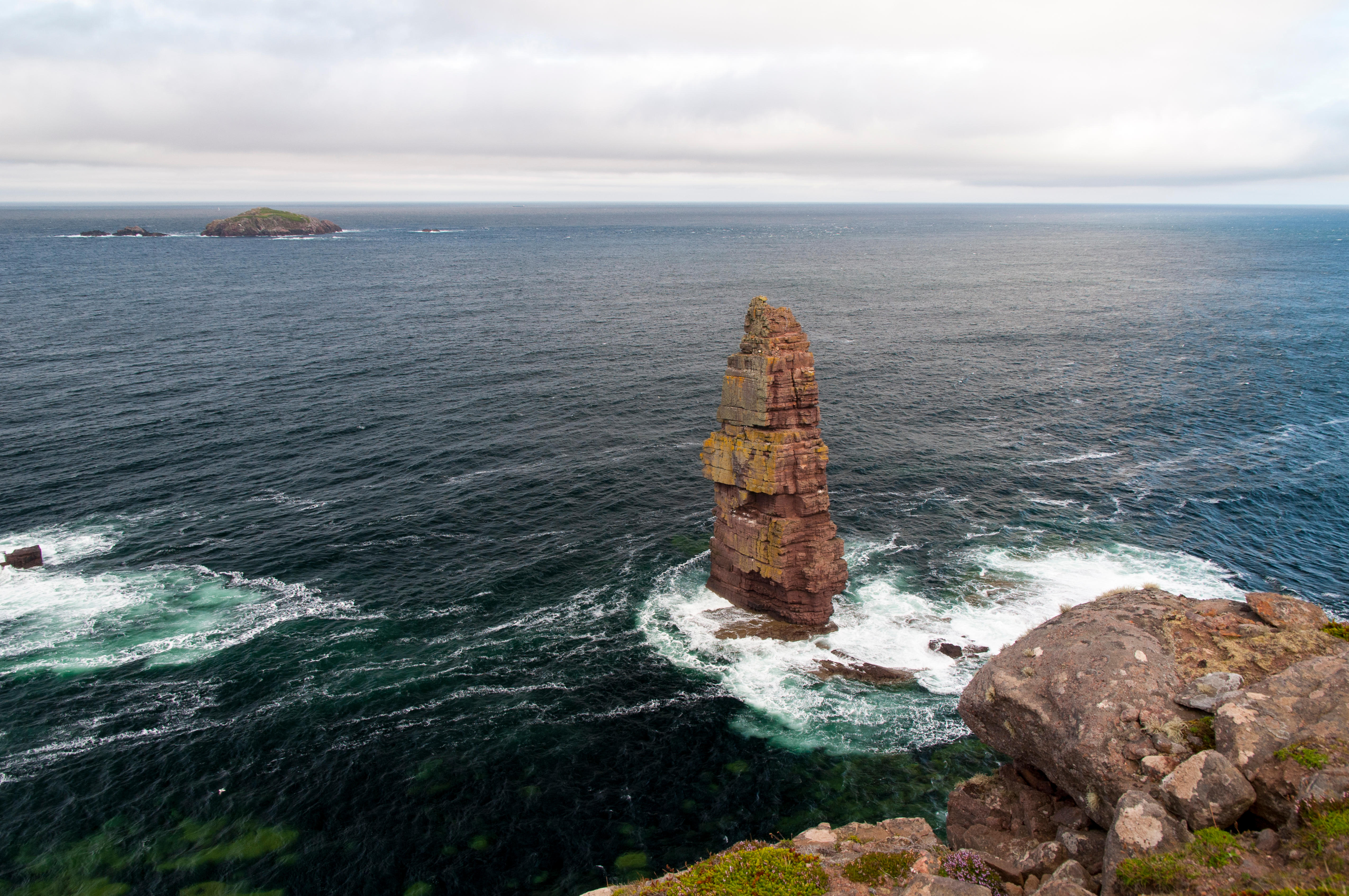 Due to the bad weather, the pair were unable to make their way up or down the 200ft sandstone formation.

As high waves began to batter the Old Man of Stoer and with the tide coming in, the two men immediately raised the alarm.

Multiple coastguard teams including Lochinver RNLI scrambled to the scene in a bid to save the climbers.

The men, only known as Mike and Chris, were winched to safety by the coastguard helicopter – with the heart-stopping moment being caught on video.

The pair were then taken to the nearby village of Lochinver where they were passed into the care of rescue teams.

“I didn’t want to call really, I kept thinking we could get out of it, but the weather was just getting worse and worse, and I started to get really worried about Chris.

“He was much further down the stack than I was, and I kept losing sight of him – he was getting battered by the waves and the sea spray was making everything really difficult, there were moments when I thought he was gone."

Mike went on to say how impressed he was with the rescue operation and that the crew were "top class".

“We also really appreciated the teams waiting for us on the ground to ensure we were OK and provided us with blankets to warm us up," he added.

Captain Will MacLeod, from the HM Coastguard search and rescue helicopter at Stornoway, said: “This was a potentially life-threatening situation for all involved – the two men who became isolated, and the teams of coastguard rescuers, police and volunteers who responded.

“The Old Man of Stoer is a popular location for climbers but weather can rapidly deteriorate and, particularly at this time of year as we come out of the summer months, rising waves and high winds from the Atlantic Ocean present significant risks that anyone moving around the coast can expect to encounter.

“Thankfully we were able to return these men to safety without injury however, the situation could have been far worse had weather conditions become more severe.”

Cell phone data shows how states are easing out of lockdown