A MISSING one-year-old was found dead in Florida’s Alligator Alley on Thursday, just hours after the boy was thrown from a car in horrifying crash.

The infant was ejected from his family’s vehicle around 4.30pm after the car blew a tire on Interstate 75, officials said. 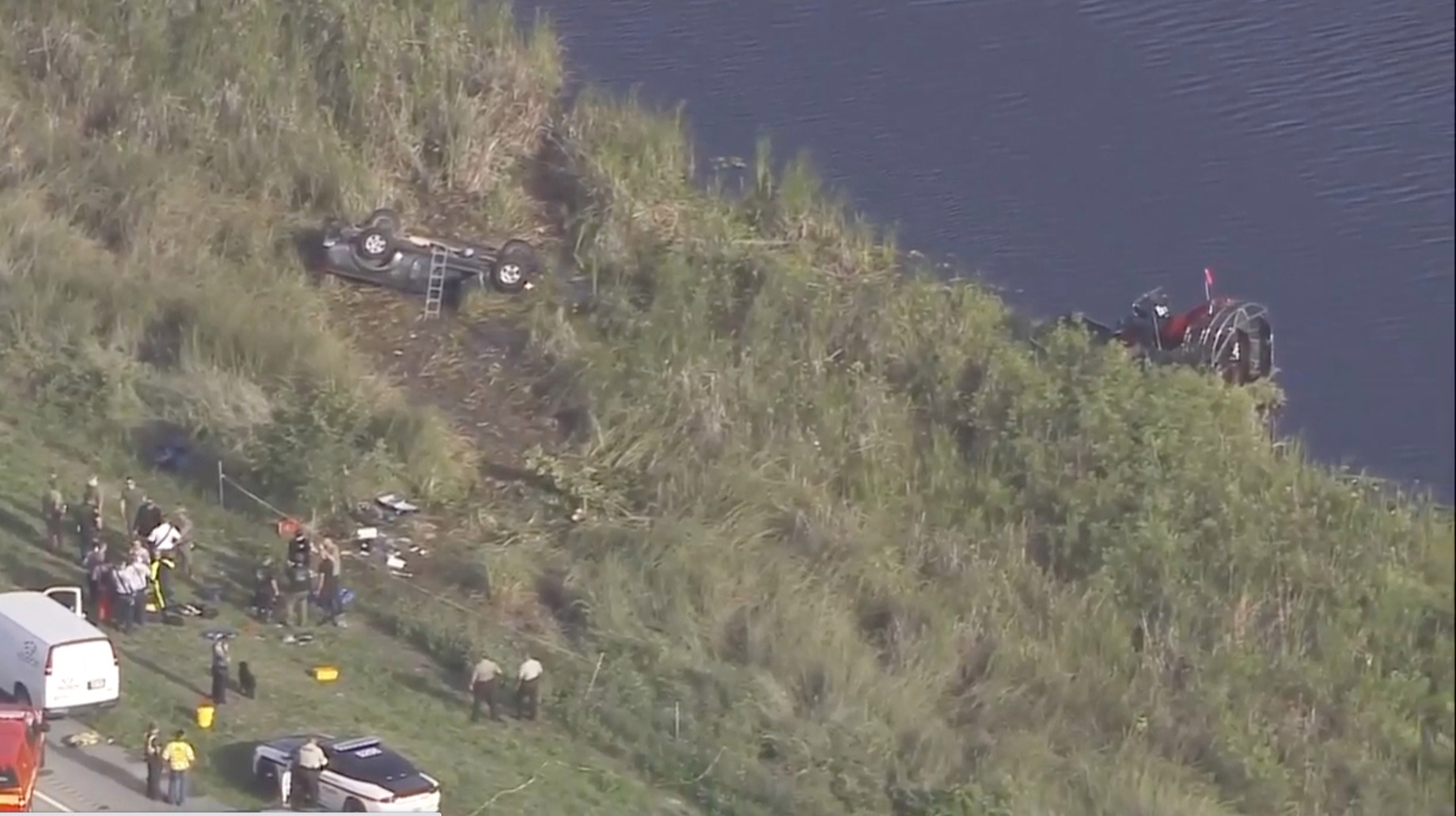 According to the Sun-Sentinel, Florida Highway Patrol said the baby boy was thrown across the highway and rolled into the swap near Alligator Alley in Broward County.

A search team found the baby’s body just after the sun set.

Officials said that no one in the vehicle – three adults, three kids, plus the baby boy – were wearing seatbelts or restraints while the car was in motion.

Once the tire blew out, the vehicle drove across to the right side of the highway and onto the shoulder before flipping multiple times and landing upside down in an Everglades marsh. 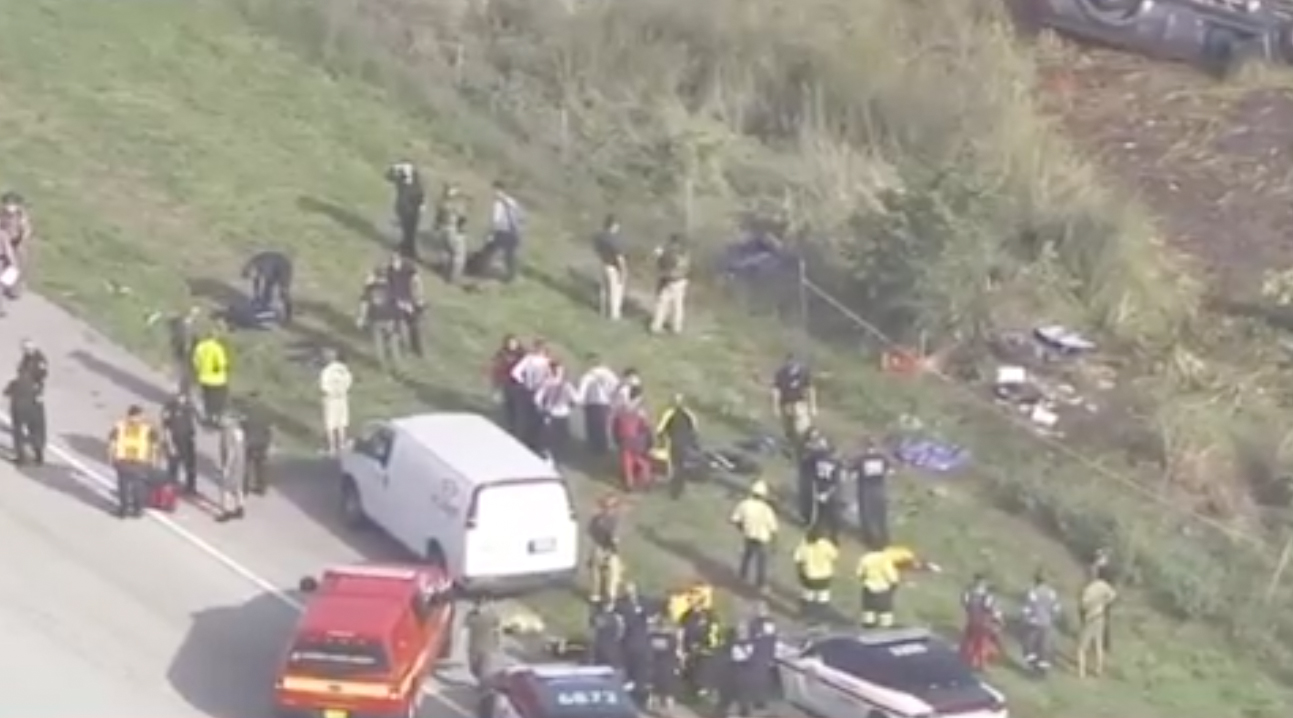 Broward Sheriff Fire Rescue Chief Michael Kane told WSVN: “The call came in for an overturned vehicle with seven passengers who were injured, as well as a 1-year-old that was possibly ejected from the vehicle.

“Given the type of rollover accident that occurred here, we don’t expect that the child would be too far from the vehicle. 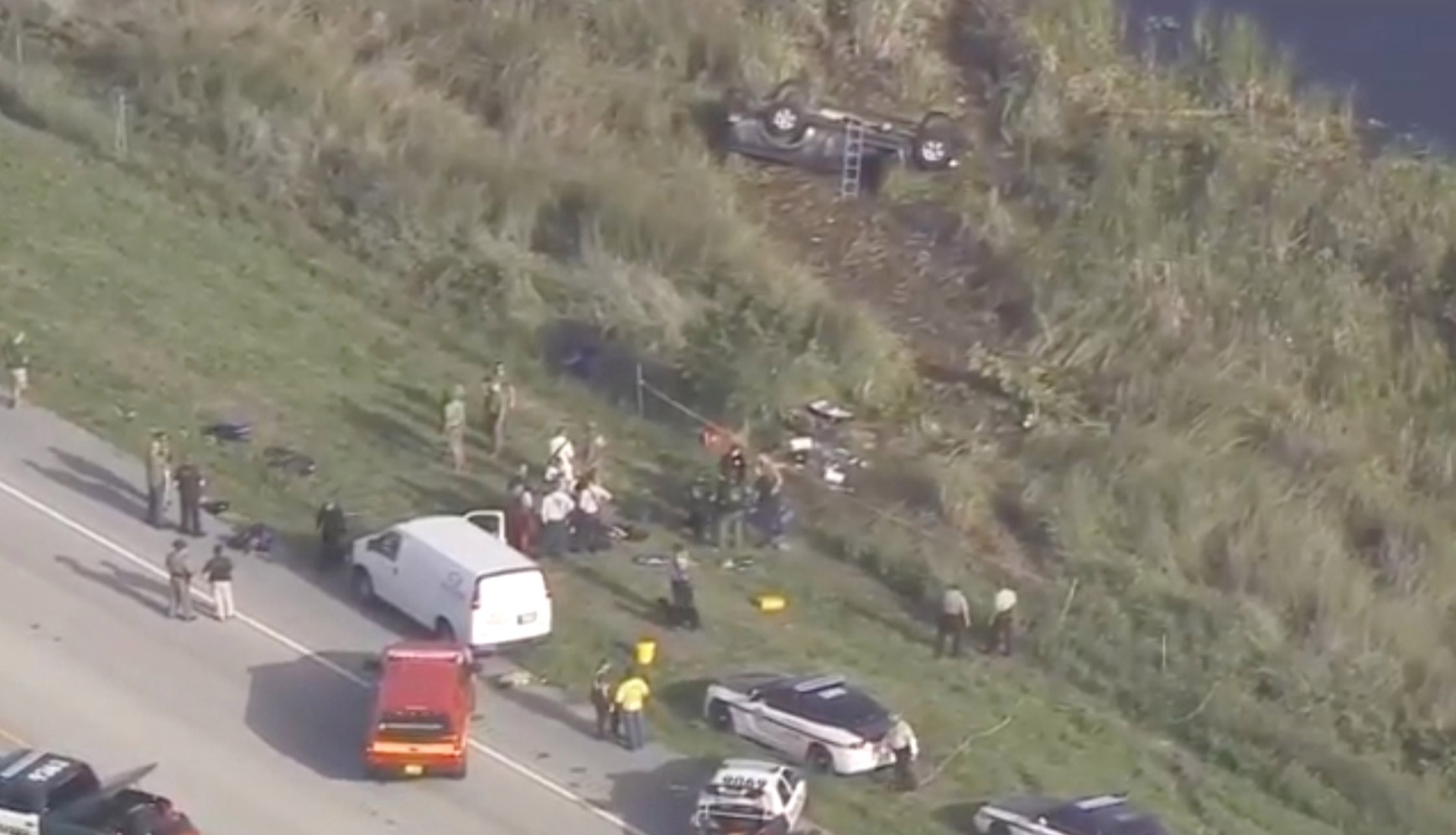 “From where the vehicle is resting, they are operating and working within close proximity to that vehicle,” Kane said before the child’s body was found.

“The expectation is if the child was ejected, the child is going to be within a pretty close distance from the vehicle.”

Kane said Broward County authorities had “20 assets currently on the scene of this incident. 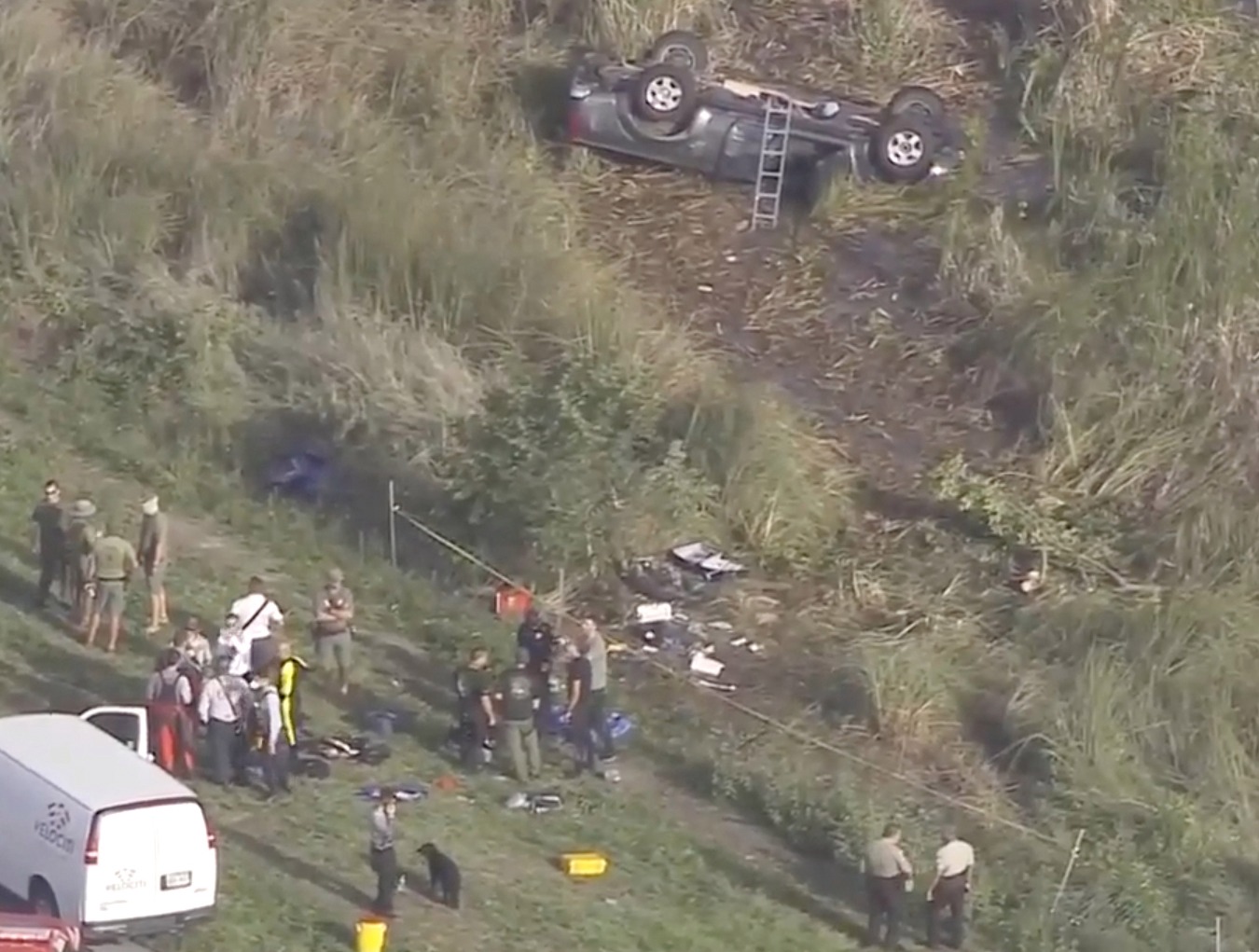 Officials confirmed the one-year-old was dead at 8.30pm.

All members of the family, from Tampa, were said to have been injured in the crash, per the Sun-Sentinel.

The 33-year-old man who was driving, two girls, ages four and 10, and a boy, four, all sustained minor wounds.

Two women, 31 and 56, were said to be seriously injured in the accident.

Authorities, including a dive team, initially embarked on a search and rescue mission for the baby, before later switching to a recovery effort once they believed the child to be dead.