A Minnesota police chief blames the “defund the police” movement for creating a situation that allowed crime to grow and languish.

Hennepin County, which encompasses Minneapolis and several smaller cities, has seen a 24% increase in 2020 over 2019, with a sharp rise of 36% from October through December 2020, according to police.

Brooklyn Park Police Chief Craig Enevoldsen told Fox News on Friday that he believes the “defund” movement is a main – if not the overriding – factor that has made it difficult for agencies to do their job. 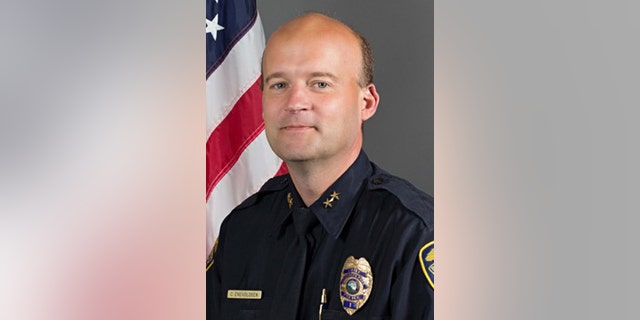 “They believe that the police are not or cannot do anything – that the police are not legitimate,” Enevoldsen said. “Although my city council has never said this, across the state and across the country you’re seeing this discussion about dismantling police departments, defunding police departments, demanding officers be terminated or use of force incidents.”

“They literally are antagonizing the police when we get to these scenes,” he explained. “It makes investigations incredibly difficult.”

Even victims of shooting incidents are not willing to cooperate with police or identify themselves, meaning that a number of cases that would otherwise be fairly straightforward remain open and unsolved, Enevoldsen claimed.

Police need to work around those conditions, he explained, using surveillance footage and other means to try and piece together any information that could progress the cases.

In 2020, 38 people were struck by gunfire, and “a lot of those cases” remain open and active as police wait for some kind of break, Enevoldsen said.

“It’s difficult from the law enforcement perspective,” he continued. “Traditional policing tactics or practices that we would have employed to deal with this gun violence are just viewed as not acceptable.”

The department is instead reaching out to the community for greater cooperation, trying to recruit individuals who have previously worked with gun intervention to help smooth relations between the police and the community.

The picture is also quite complex: The coronavirus pandemic also forced prisons to push out offenders of lower-level crimes, meaning they were free to repeat their offenses, the chief said.

“We all understood it at the time,” Enevoldsen said. “Folks are still getting court dates for things they historically would have had to post bail or see a judge for.”

Enevoldsen told Fox 9 that he has “never seen” the level of gun violence that is occurring now in his city, which is “not sustainable.”

Crystal Police Chief Stephanie Revering cited a number of factors contributing to the trend, including the coronavirus pandemic, the death of George Floyd and easy access to cheap firearms.

“The issue we are facing because of that is the complete lawlessness that’s going on in some of our cities,” Revering told Fox 9. “We have to figure out a way to combat that.”

Revering, who also heads the Hennepin County Chiefs of Police Association, claimed that criminals go through a “revolving door” in courts and jails, with little time served for their crimes. Instead, they return to the streets to repeat their offenses.

“A lot of these folks are getting out quickly and committing the same crimes again,” Revering explained. “You talk about carjackings, they get out and commit carjackings again, and then we sit back and ask, ‘How this is happening?’”