Former English rugby union player Mike Tindall has said he and his wife Zara Phillips have yet to meet the newest member of the royal family.

The 40-year-old today also revealed that he learned of the birth of Prince Harry and Meghan Markle’s first child Archie, through a young royals WhatsApp group.

Speaking on Good Morning Britain today he said his family was hoping that they would get to meet the seventh-in-line to the throne as soon as possible.

‘It is funny, everyone seems to think we have all been round, but it is just not that way is it? I am hoping we will get to see him soon but it doesn’t quite work that way. 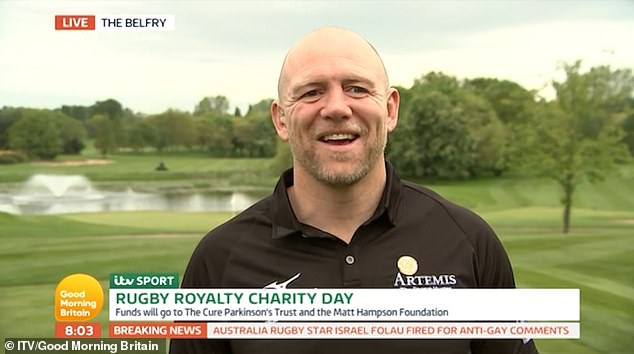 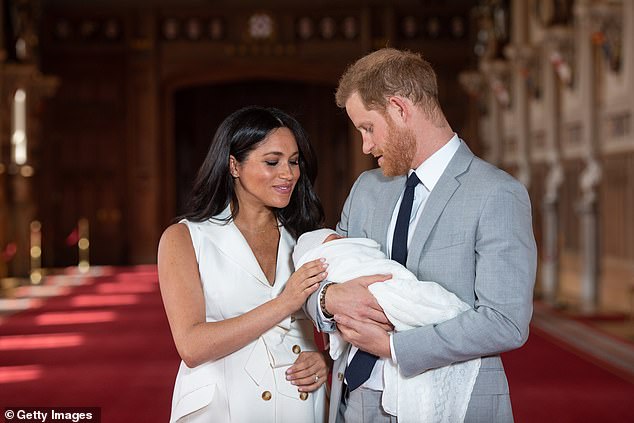 Meghan, Harry and baby Archie pictured above during the official photo call in Windsor

‘At least he is happy and healthy and they are happy. All you can be for them is overjoyed.’

Tindall, who himself has two children, Mia Grace and Lena Elizabeth, had appeared on the show to promote his celebrity golf day, which raises money for Cure Parkinson’s and the Matt Hampson Foundation.

He also discussed how he found out about the birth of Archie and revealed an insight into the way the royals communicate.

‘It’s just what you do to try and set up get-togethers and we are going to something that is the same. If you are going to go, [we discuss things like] ‘Are you going to take the kids?’ Quite a lot of people have family WhatsApp groups, I don’t think it’s a new revelation.’

After representing his country in rugby, Tindall was also asked his opinion on the news today that Australia’s Israel Folau had been sacked for his posts on social media.

His contract was terminated after he posted about his religious beliefs and a homophobic tweet.

Tindall said ‘ the writing was always on the wall’. 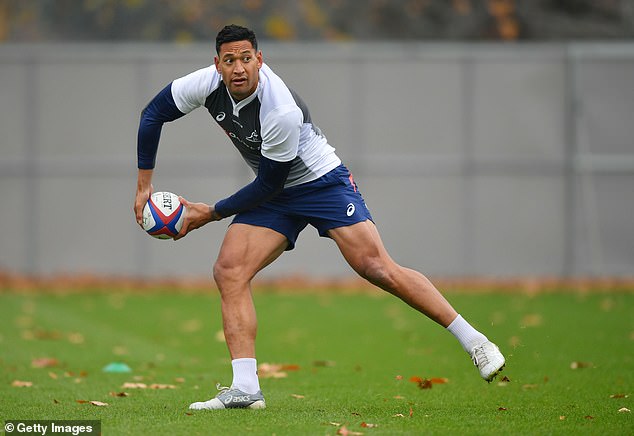 He added:  ‘He got warned a year ago about it and obviously it was a part of their code of conduct and he has breached that again.

‘I know he believes that he has done nothing wrong and he is entitled to his views but when you then pushing your views on his 500,000 followers or however many followers he has got, I’m not really sure that’s the purpose of social media.’

Tindall said Folau should have been smarter but added that he ‘wasn’t surprised’ it happened.

‘it’s a shame for rugby in terms of what he is as an athlete and what he is as a player, he’s just going to have to deal with that and start understanding that you can’t push your views on people, that is not what social media is there for.

‘You are there to support the sport or team Australia and it will be a shame he’s not going to be in the world cup and we will have to move on.’