Michel Barnier is blocking British demands for Boris Johnson to negotiate directly with Ursula von der Leyen to break the deadlock in post-Brexit trade talks, it was claimed today.

Two weeks of intensified talks between the UK and the European Union have failed to result in a breakthrough, with a new round of formal discussions starting in London next week.

Both sides want a deal to be agreed by the middle of November to give them enough time to ratify and implement it before the end of the transition period in December.

But with time running out and little progress being made, the UK is reportedly pushing Mr Barnier to allow talks to be elevated to a political level.

But the EU’s chief negotiator is said to be resisting the move because he fears Number 10 trying to turn the last stretch of the negotiations into a ‘mass bargaining session’. 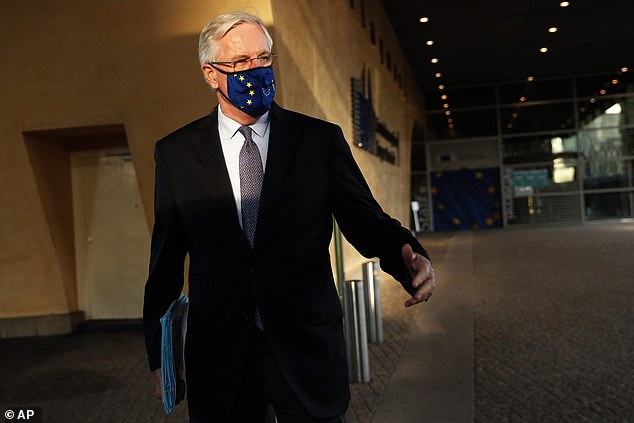 Michel Barnier, the EU’s chief negotiator, is said to be blocking UK demands for political leaders to take over trade talks 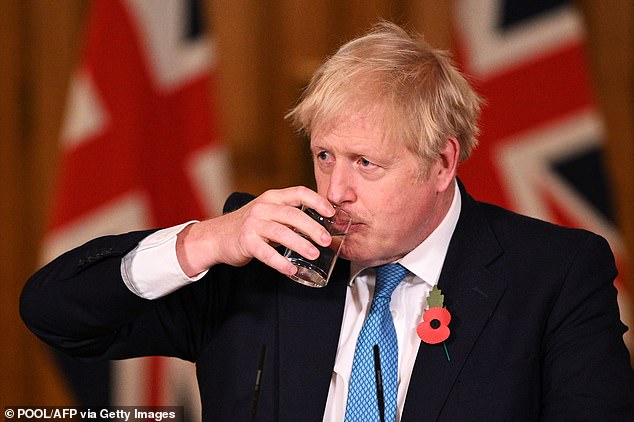 Political intervention proved successful in breaking the deadlock between the two sides when they were trying to strike the Brexit divorce accord.

Downing Street is said to be of the view that if political leaders managed to hammer out the differences last time there is no reason why such an approach cannot work again.

But Mr Barnier told a private briefing this week he believes Mr Johnson wants a ‘big tug of war at the end’ of talks when crunch issues like post-Brexit fishing rights and governance of the deal can be played off against each other.

Sources told The Sun that Mr Barnier had told the briefing: ‘I keep telling them that’s not going to happen. You can’t have things going up to that level that haven’t been gone over with a fine toothcomb.’

Mr Barnier is said to be open to the final details of the deal being resolved by political leaders but he believes the overwhelming majority of the agreement needs to be put in place through formal talks between officials.

Mr Barnier also told the briefing that without UK movement on key sticking points the talks are currently ‘not on a trajectory’ to succeed. 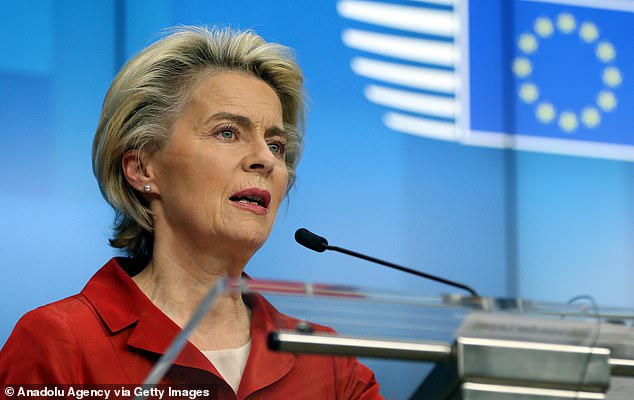 Time is now running out for the two sides to agree and implement a trade accord before the end of the post-Brexit transition period in December.

Ratifying the deal could take the EU as long as six weeks which means an agreement will likely need to be in place by the middle of November if it is to be rolled out for the start of 2021.

His UK counterpart Lord Frost echoed a similar sentiment as he said progress had been made over the past two weeks but ‘wide divergences remain on some core issues’.