The parents, husband and brother of missing fraudster Melissa Caddick have been given formal notice that her assets, which include cars, jewellery and two properties, are to be sold subject to court approval.

“I have been instructed to immediately issue notices,” said solicitor Michael Hayter, who represents the court-appointed liquidators. Mr Hayter said the notices had been sent to Ms Caddick’s family members on Wednesday afternoon following the publication of Federal Court Justice Brigitte Markovic’s judgment. 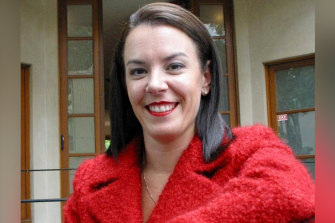 Mr Hayter said her family has 15 business days to lodge any objections and after that, the court will be asked to sanction the possession and sale of assets.

Justice Markovic said that over an eight-year period, until her disappearance in November 2020, Ms Caddick, 49, had obtained $30,195,674 from mainly family and friends to invest in shares. She also charged more than $500,000 in management fees.

None of the money was invested on their behalf. Instead, Ms Caddick falsified her clients’ share portfolios and used $23 million of the funds to prop up her own lavish lifestyle.

Ms Caddicks’ parents had argued that they should be given priority over other investors as they had given their daughter $1.1 million to own a third of an Edgecliff penthouse she bought in 2016. They also produced a written agreement that they could live their rent-free for the rest of their lives. 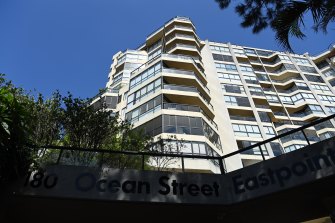 The Edgecliff apartment building where Melissa Caddick bought a penthouse in 2016.Credit:Kate Geraghty

However, the court-appointed liquidator Bruce Gleeson, from Jones Partners, gave evidence that their money was spent on a diamond ring and living expenses.

In November 2016, Ms Caddick wrote out a cheque to Sotheby’s for $255,000 – being the 10 per cent deposit of the $2.55 million purchase price of the apartment. Mr Gleeson said the money came from funds misappropriated from Ms Caddick’s investors.

Stolen funds were also used for the settlement on the property and for payments on the interest-only loan.

Ms Caddick’s parents gave $1.1 million in proceeds from the sale of their Connells Point home to their daughter in April 2017. “The Edgecliff property was purchased by Ms Caddick before the Connells Point property was sold. Therefore, Ms Caddick’s parents did not contribute to the purchase price for the Edgecliff property,” Mr Gleeson submitted to the court.

The judge said that before the possession and sale of the Edgecliff property occurs, Mr Gleeson has to approach the court for directions. 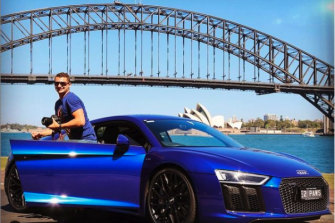 The $390,000 Audi that Melissa Caddick bought for Anthony Koletti is to be sold by the liquidators.Credit:@supacarxposed/Instagram

Less contentious is Ms Caddick’s house in Wallangra Road, Dover Heights, which is currently occupied by her second husband, Anthony Koletti. Justice Markovic found that investors’ funds were used to buy the $6.2 million property in 2014.

Adding to the complexity of the Caddick case is no ruling by the Coroner as to whether Ms Caddick is dead, the judge said.

Ms Caddick was last seen on 12 November 2020. Hours earlier the Australian Federal Police had executed search warrants at her Dover Heights home on behalf of the corporate regulator ASIC. Over the next 12 hours Ms Caddick and her husband watched as luxury items she’d purchased using stolen funds were seized and removed.

Ms Caddick’s partial remains contained in a running shoe washed up on a remote beach on the NSW South Coast in February this year.

Man 'raped & murdered stepdaughter, 6, while mum in hospital giving birth' as she had no idea he was convicted killer