MEKTOUB, My Love: Intermezzo was slammed at Cannes film festival for its 13-minute sex scene on an actress.

The three-and-a-half hour film has been branded “misogynist”, “creepy” and borderline “pornography” after it premiered last night in France. 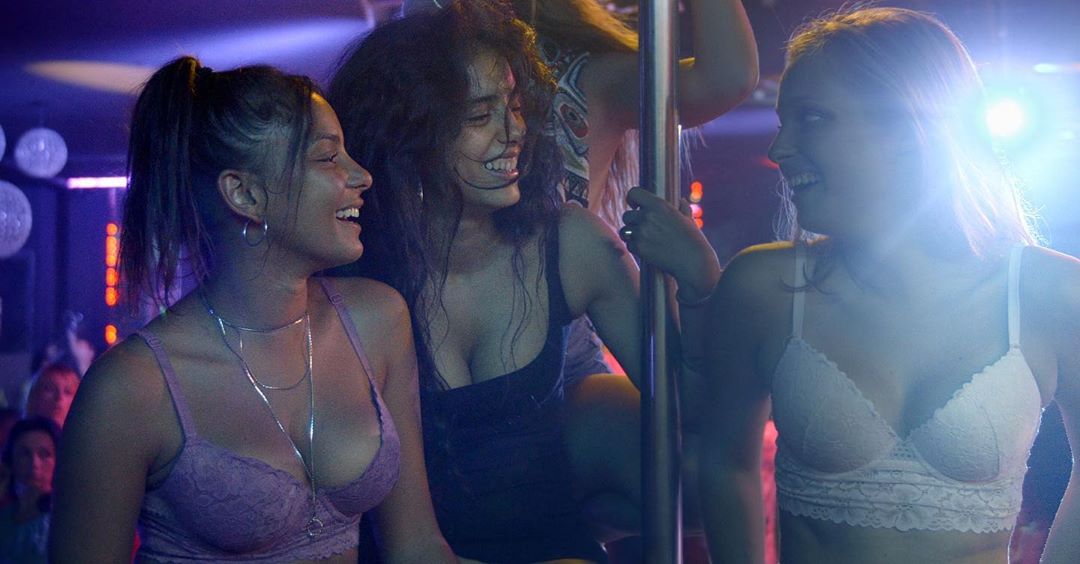 Filmmaker Abdellatif Kechiche’s latest creation has been described as a largely plotless movie set in a nightclub with an abundance of twerking girls.

A 13-minute explicit sex scene in the nightclub toilet left viewers up in arms at its late-night premiere.

Critics blasted the obsession with bums and scantily-clad female dancers that appears in almost three hours of the running time.

The twerking only stopped with a few shots of friends buying each other drinks and the long sex scene.

Los Angeles Times critic Justin Chang described the movie as "the work of an embattled, controversy-seeking filmmaker who has decided to troll his audience".

Many on Twitter also slammed the film calling it “degrading” and “pure psychological torture”.

One said: “Seriously #MektoubMyLoveIntermezzo it is a sickening vanity, from free voyeurism to pornography, the woman as an object to the most degrading stage.

"A shame to see this in Cannes and in competition. #Cannes2019”

Another said: “For you public, I counted all the plans that show a**es in: there #MektoubMyLoveIntermezzo are 178.

"If we take them off, I think the film lasts 20 minutes.”

One added: “In view #MektoubMyLoveIntermezzo Pure psychological torture. Rarely had so much desire to die in front of a movie. Horrible experience.

The film is a follow up to 2017’s Mektoub, My Love: Canto Uno that follows a group of friends in the south of France hanging out and partying.

The camera lingers on the bikini-clad women as they frolic on the beach before the action shifts to the nightclub.

Mr Kechiche didn’t seem to be bothered at the fact some people walked out of the screening.

He said during a news conference today: “If you try something new, a new experience, not everyone is going to be open to that.”

Mr Kechiche said his film, which takes place almost in real time, was an attempt to shake up conventions of story-telling in the cinema.

He said it was a celebration of "life, love, desire, music, the body."

He added: “There is something mysterious about the body, something fascinating which transports us to another place." 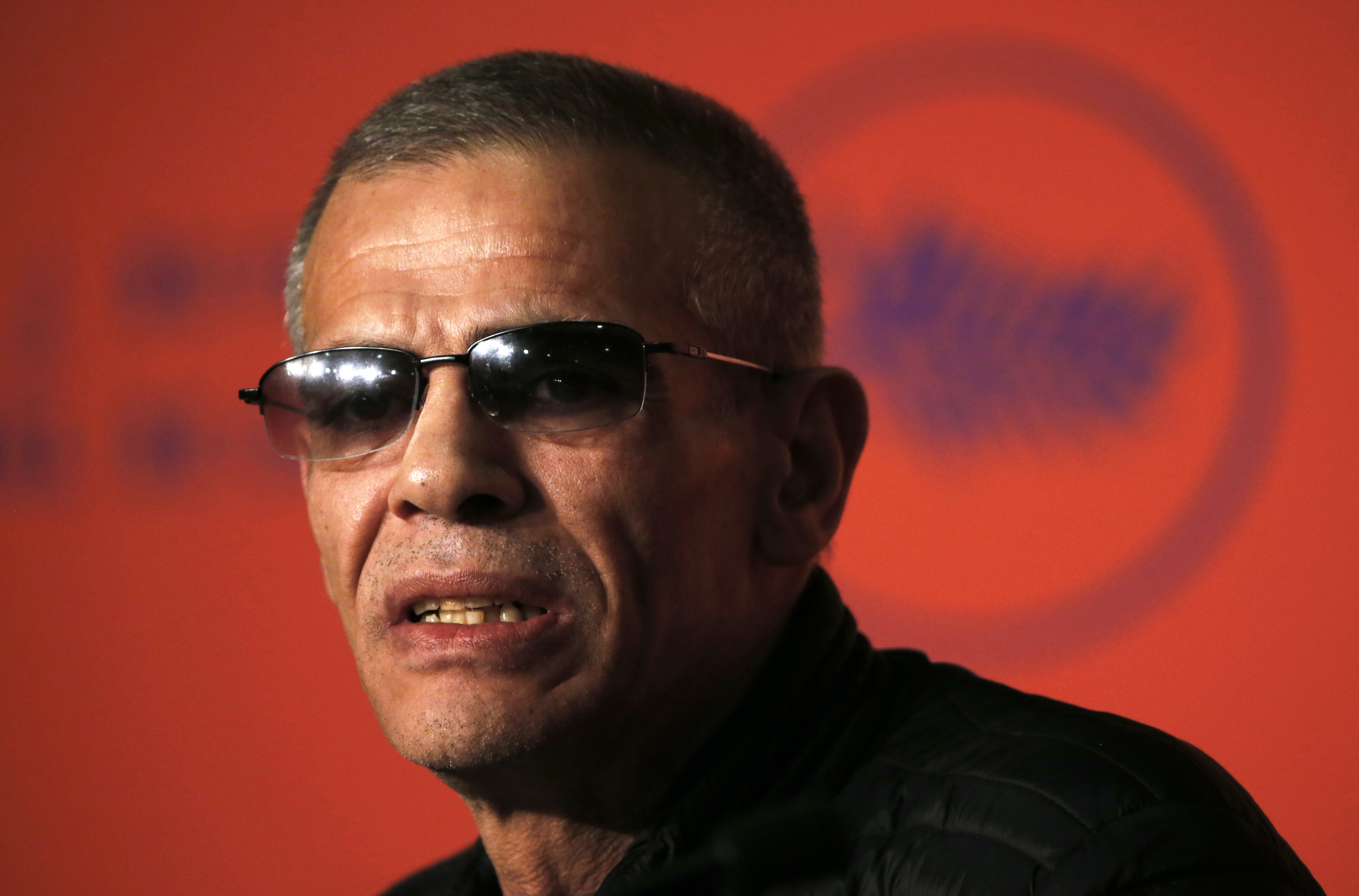 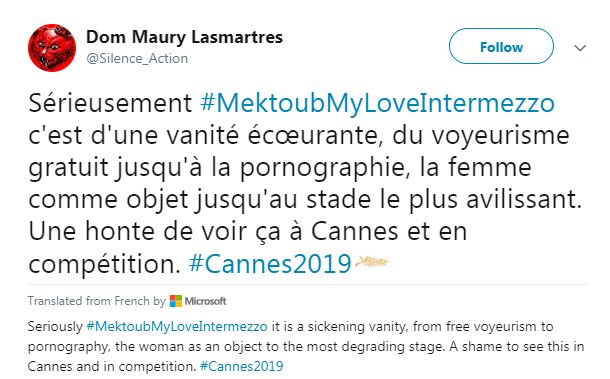 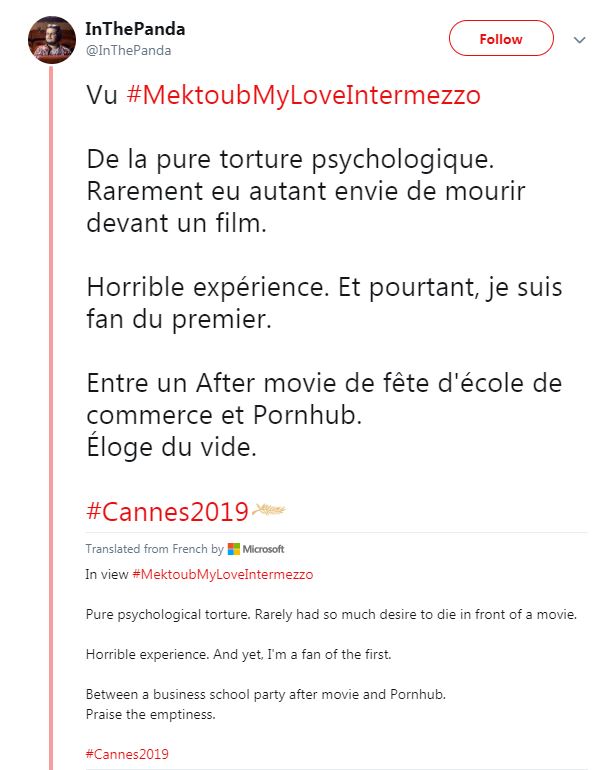 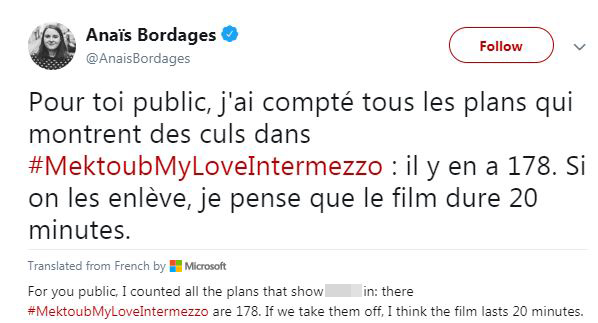