The High Court has ruled that media outlets are legally responsible as “publishers” for third parties’ comments on their Facebook pages, in a decision with implications for all social media users.

The NSW Court of Appeal ruled in June last year that news outlets including The Sydney Morning Herald and The Australian were liable as publishers of readers’ Facebook comments about former Northern Territory youth detainee Dylan Voller because they facilitated the comments by setting up and posting on public Facebook pages. 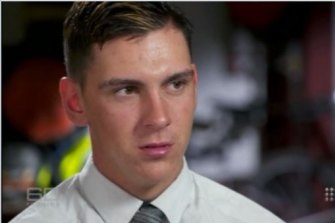 Dylan Voller is suing the media outlets for Facebook comments by readers.Credit:60 Minutes

The media outlets lodged a High Court appeal. In a decision on Wednesday, the court dismissed the appeal and ordered the organisations to pay Mr Voller’s legal costs.

Chief Justice Susan Kiefel and Justices Patrick Keane and Jacqueline Gleeson said in a joint judgment that “the Court of Appeal was correct to hold that the acts of the [media outlets] in facilitating, encouraging and thereby assisting the posting of comments by the third-party Facebook users rendered them publishers of those comments”.

It has long been the case in defamation law that a person can become liable for the continued publication of defamatory comments by unauthorised third parties on physical walls or noticeboards controlled by them once they become aware of the comments and fail to remove them.

The Court of Appeal said media outlets were legally responsible as publishers of Facebook comments “from the outset” because they “encouraged and facilitated” the comments by having Facebook pages. The court said it was immaterial that they deleted the comments after becoming aware of them.

At the time the comments were published, Facebook did not allow the hosts of public pages to pre-emptively turn off all comments on posts, although any comment could be deleted after the fact.

Facebook has since rectified this issue and given the hosts of public pages more control over comments.

In a separate judgment, High Court Justices Stephen Gageler and Michelle Gordon said: “Where … the operator of an ‘electronic bulletin board’ posts material with the intention that third parties will comment on the material posted, the operator cannot escape being a publisher of the comments of those third parties.

“The most appropriate analogy is with live television or talkback radio.”

Justices Gageler and Gordon said the media outlets’ “attempt to portray themselves as passive and unwitting victims of Facebook’s functionality [because they could not disable comments] has an air of unreality”.

“Having taken action to secure the commercial benefit of the Facebook functionality, the appellants bear the legal consequences,” the judges said.

Whether the media outlets are publishers of the comments was a preliminary issue in the case.

Now that the High Court has established that the media outlets are publishers, the case will return to the NSW Supreme Court for a trial on the remaining issues, including whether the comments in fact defamed Mr Voller and if any defences apply.

The media outlets may still be able to raise a number of defences at the eventual trial, including the defence of innocent dissemination.

Professor David Rolph, a defamation law expert at the University of Sydney Law School, said the decision was “important because it clarifies the element of publication, which is crucial to liability for defamation”.

“It confirms that you don’t have to prove fault; all you have to prove is a voluntary act of participating in the dissemination of the defamatory matter,” he said.

“The relevant act here, found by the High Court, was subscribing to the public Facebook page and posting material on that page, encouraging third parties to engage with that material.”

Professor Rolph said the decision “obviously has implications for ordinary users of social media platforms, because they can be held liable as publishers where they post material to their Facebook pages and encourage engagement”.

But he said the media outlets may be able to establish the defence of innocent dissemination, which turns upon on “the state of the publisher’s knowledge” of a defamatory publication.

Organisations and individuals had the capacity to manage their risk of defamation by turning off comments on Facebook pages “and they might do that more frequently in response to this ruling”, Professor Rolph said.

Nationally-agreed changes to defamation laws took effect in many states including NSW and Victoria on July 1 this year and may act as a handbrake on some claims over social media comments.

Under the new laws, a serious harm threshold must be met for a person to bring a defamation action, and a prospective plaintiff must send a “concerns notice” before launching proceedings. This gives a publisher an opportunity to make amends, potentially heading off any trial.

Mr Voller’s lawyers, O’Brien Criminal & Civil Solicitors, said, “this is a common-sense decision that accords with longstanding law on the issue of publication”.

“It is commonly known that media companies encourage increased engagement on their posts so that their content is seen by a larger audience.

“This helps in attracting advertising revenue. With this strong commercial imperative driving them there was no doubt that the media companies lent their assistance to the publication of third-party comments.”

Mr Voller’s legal action against Nine, publisher of this masthead, News Corp Australia and the Australian News Channel relates to comments on the Facebook pages of the Herald, The Australian, the Centralian Advocate, Sky News Australia and The Bolt Report.

In a statement, a Nine spokesperson said the decision “makes news businesses liable for any post made by the general public on their social media pages as the ‘publisher’ of those comments.

“We are obviously disappointed with the outcome … as it will have ramifications for what we can post on social media in the future.”

The company noted “positive steps” taken by Facebook since the Voller litigation started, allowing publishers to switch off comments on stories.

Nine was also “hopeful” a second wave of national defamation reforms, being led by NSW with input from all states and territories, “will take account of the High Court’s decision and the consequences of that for publishers”.

Ed Sheeran performing in the back of a lorry