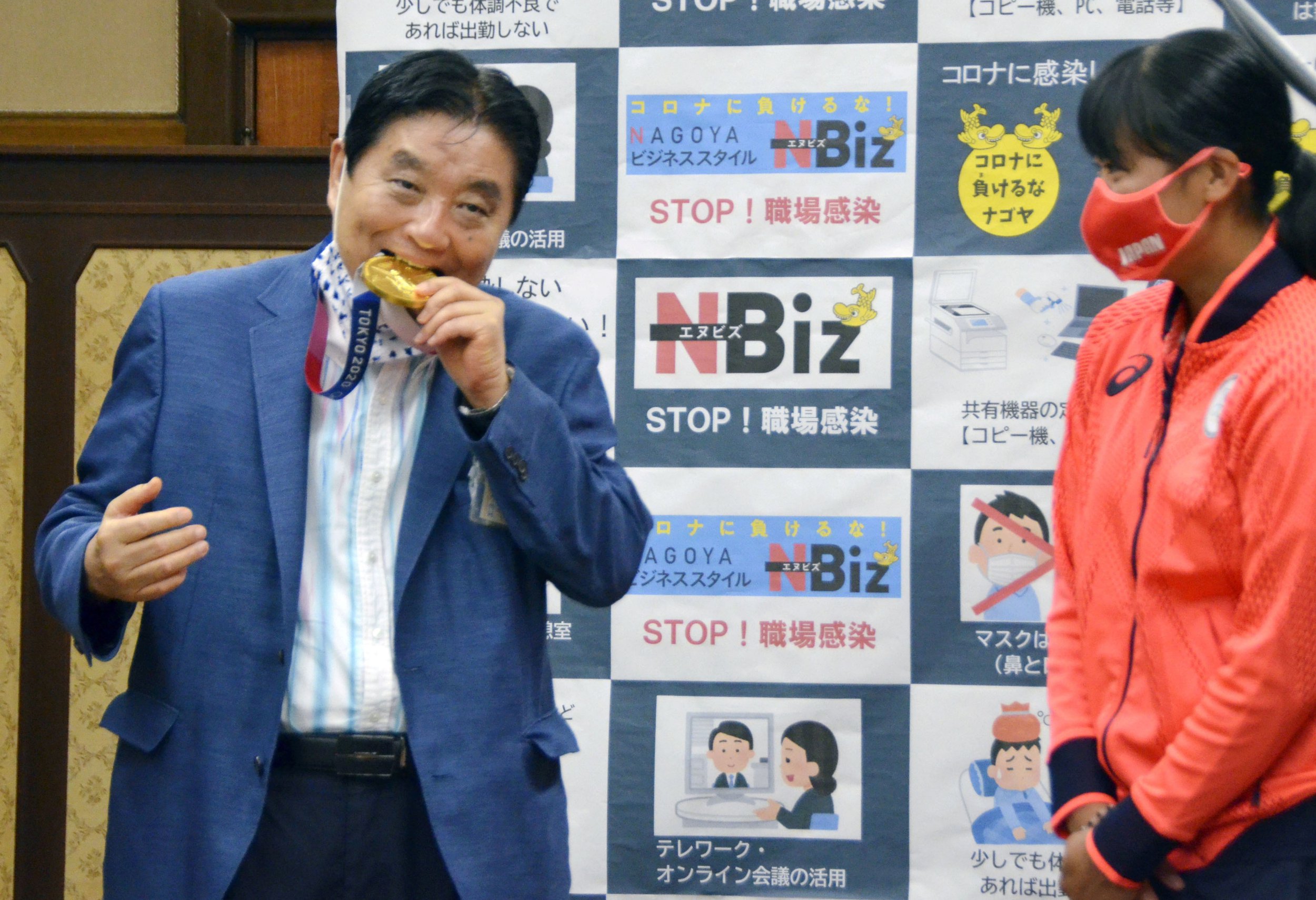 An Olympian will receive a new gold medal after the first was bitten by a local mayor.

Mr Kawamura, 72,  asked Ms Goto to put the medal around his neck before pulling down his face mask and biting into it on August 4.

His bizarre behaviour sparked a backlash amid claims the mayor had ignored Covid restrictions and ‘lacked respect’.

More than 7,000 people complained to authorities about his actions – with critics branding him ‘unhygienic and impolite’ on social media, leading to ‘germ medal’ trending online in Japan.

Mr Kawamura put the medal between his teeth at a ceremony to mark Japan’s victory over the USA in the women’s softball final.

The mayor said the medal was not damaged but offered to pay for a replacement.

He said: ‘I forgot my position as Nagoya mayor and acted in an extremely inappropriate way,’ he said. 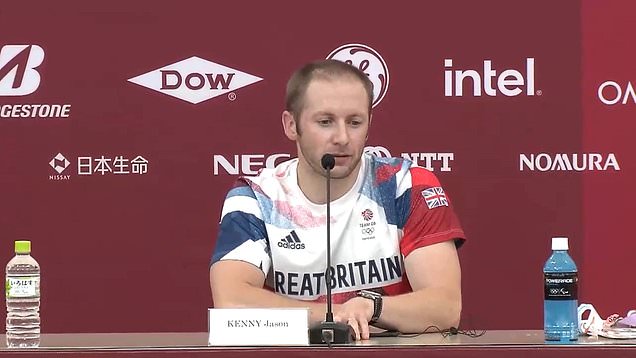 ‘I’m really sorry that I hurt the treasure of the gold medallist,’ he added.

The International Olympic Committee said it would cover the costs of a replacement, a statement from Tokyo 2020 organisers said on Thursday.

Naohisa Takato, who claimed gold for Japan in judo, posted on Twitter: ‘I would cry if that happened to me’, adding: ‘I handle my own gold medal so gently not to scratch it.’

Meanwhile silver-medal winning fencer, Yuki Ota, lashed out at the mayor on Twitter, posting: ‘Apart from showing a lack of respect for athletes, he bit it even though [athletes] are putting on medals themselves or on their team-mates during medal ceremonies as part of infection prevention measures. Sorry, I can’t understand it.’

Toyota, the owners of the team Ms Goto plays for, branded the gesture ‘inappropriate’ and ‘extremely regrettable’.

The so-called medal bite happens regularly at Olympic games, however it is usually reserved for the winning athletes.

The Tokyo 2020 organisers previously joked how the medals were ‘not edible’.

The official Twitter account posted: ‘Our medals are made from material recycled from electronic devices donated by the Japanese public.

‘So you don’t have to bite them – but we know you still will.’