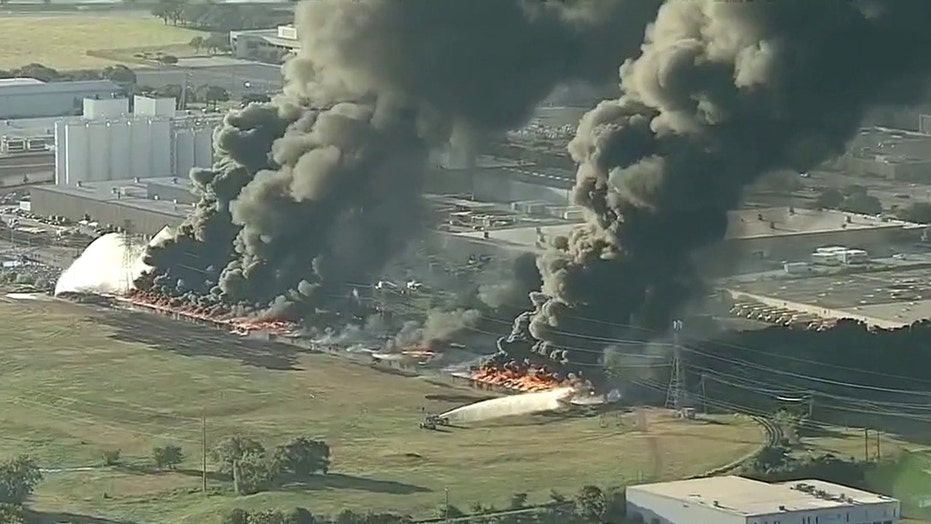 Massive fire burns at a plastic plant in Grand Prairie

A large fire is burning at an industrial park in Grand Prairie, west of Dallas. Firefighters are concerned about the chemicals burning, a nearby lumber yard catching fire and power lines coming down.

The fire at the Poly-America facility near the President George Bush Turnpike just north of Pioneer Parkway started burning around 1 a.m. Wednesday.

Flames and smoke could be seen from miles away and explosions could be heard in the distance. 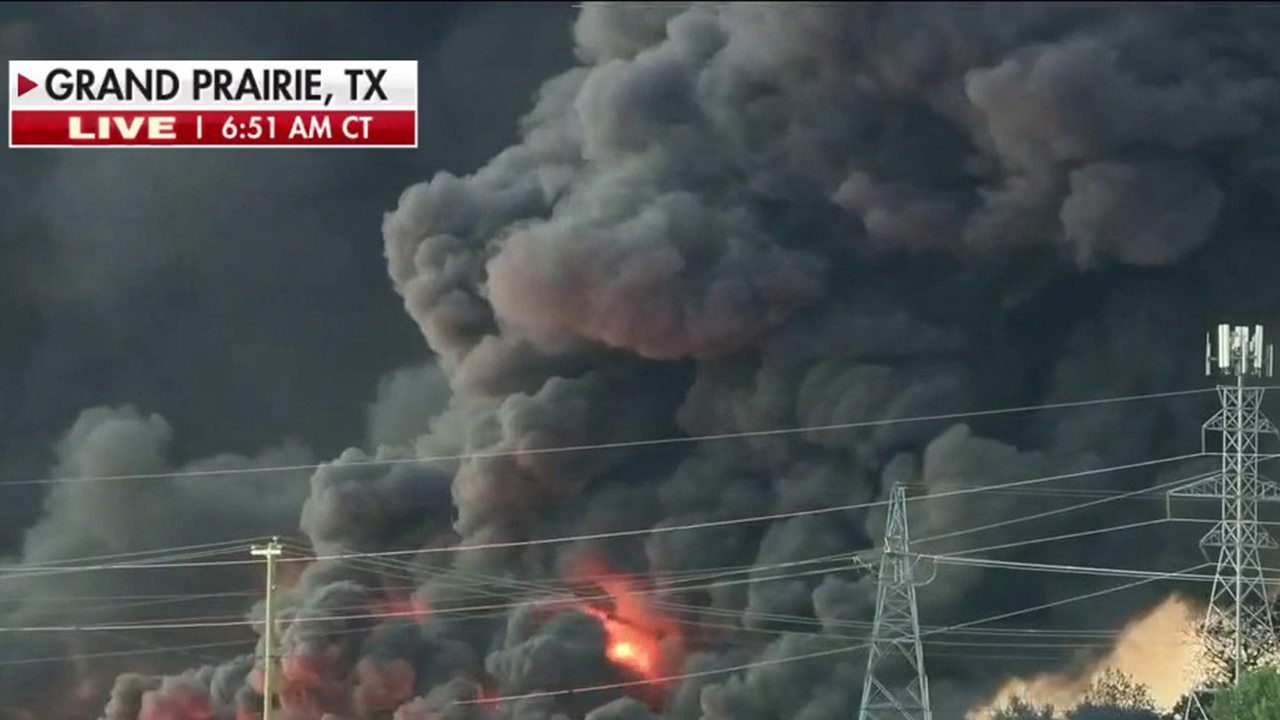 The plume of smoke was so large that the National Weather Service captured it on the radar.

"We happened to see the fireball so we stopped to see what was going on. I have medical training so I stopped to see since it was a pretty large explosion if anybody might need help," said Jennifer Borrell, a witness. "When the second fireball went off, I was in the field and I had to duck down because of the heat and people were running towards me, making sure everybody was okay and telling them, 'Stay out of there. It's gonna go again.'"

According to its website, Poly-America makes plastic film and trash bags. The company also recycles plastic.

The Grand Prairie Fire Department said the fire was caused by high-tension power lines falling into the plastic inventory.

Several railcars near the facility that reportedly contain flammable material have already caught fire. The fire is also threatening a nearby lumber yard and electrical towers. 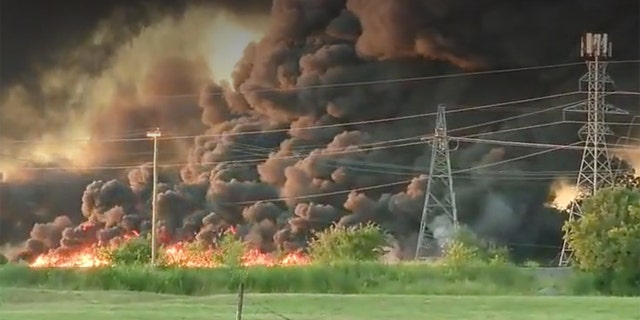 Explosions from the fire could be heard in the distance.
(Fox 4)

Firefighters are now working defensively, using a truck with spray foam to try to keep the blaze from spreading.

They expect the fire will be burning for most of the day.

Council forced to discuss stripping Meghan Markle and Prince Harry of Duke and Duchess of Sussex titles after 1,700 sign petition

Pub transformed into The Gingerbread Inn with 60,000 fairy lights