A MAN dived nine stories off a New Jersey building before crashing through a BMW – and survived the fall.

Photos obtained by The Sun show a man crashing through the luxury car in Jersey City at 10:20AM on Wednesday before he stood up from the wreck with a broken arm asking "what happened?" 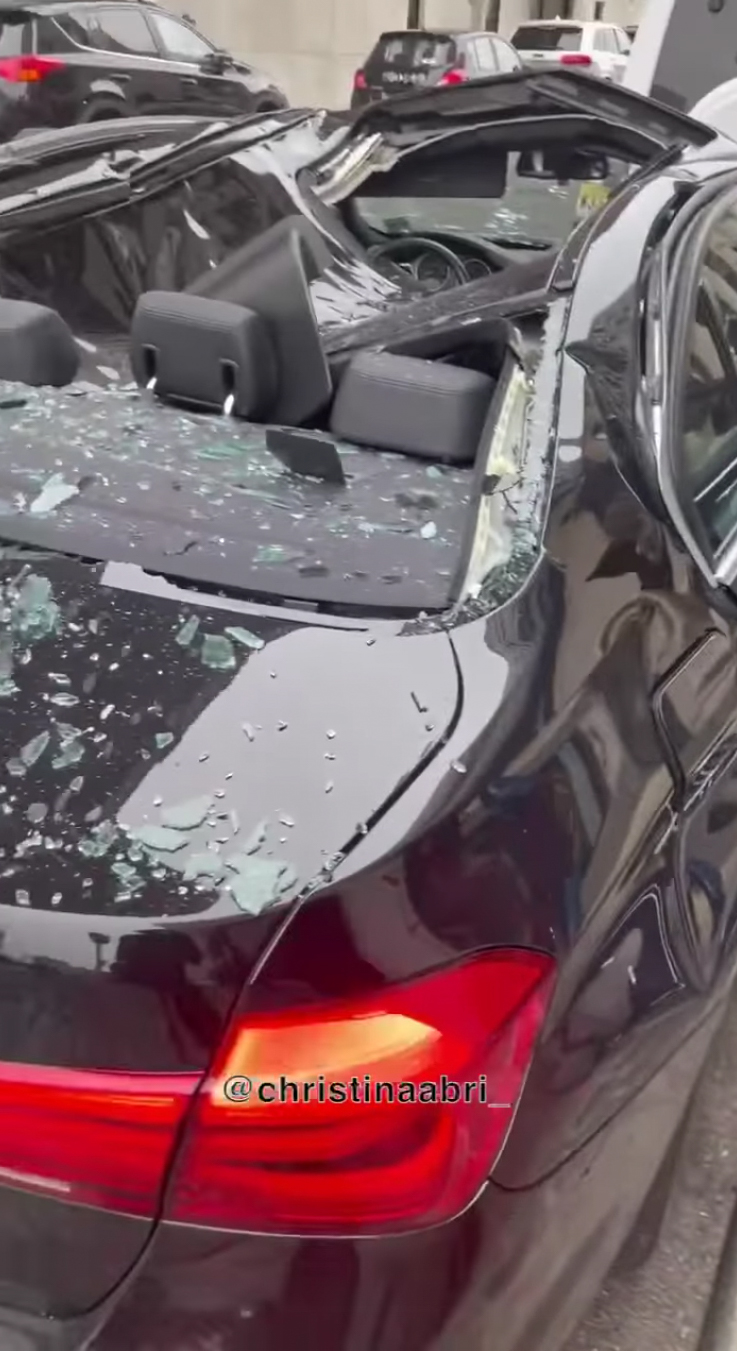 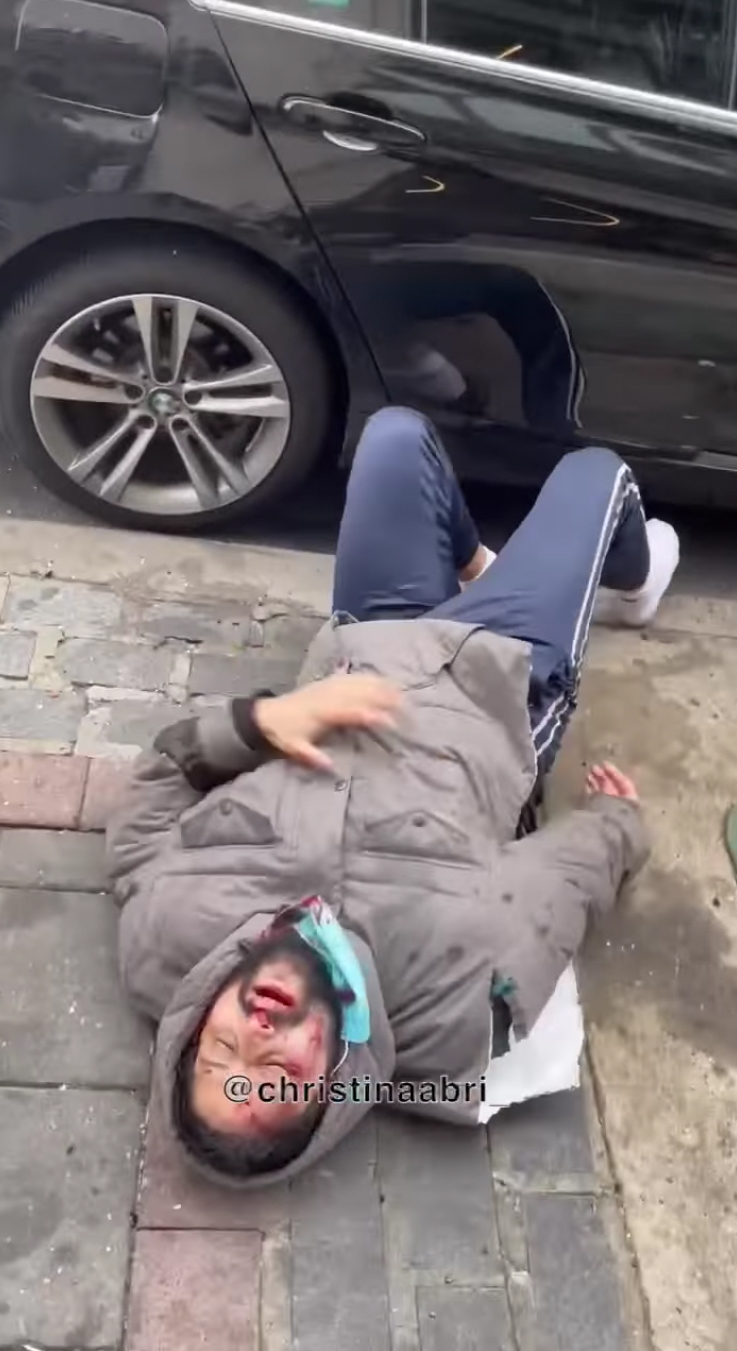 "I heard a big boom and I didn’t think it was a person at first," witness Christina Smith told the New York Post.

Photos obtained by The Sun show the man lying on thefoloor with blood splattered over his ripped gray jacket, with his facemask still hanging onto his ear despite the fall.

"The back window of the car just busted out — exploded. Then the guy jumped up and started screaming. His arm was all twisted."

That's when Smith realized what had happened.

"I was like, ‘Oh my God!’ I was shocked. It was like being in a movie," she said, recounting how she was walking in the area.

Smith quickly called 911 while taking the wild photos and videos of the crash, showing photos and video of the man screaming in pain as he realized his upper-body cuts and injuries.

The man, who fell just about 100 feet, was rushed to the hospital in critical condition, according to a city spokesperson.

Although police are investigating, the incident doesn't involve suspicious circumstances, the spokesperson said. 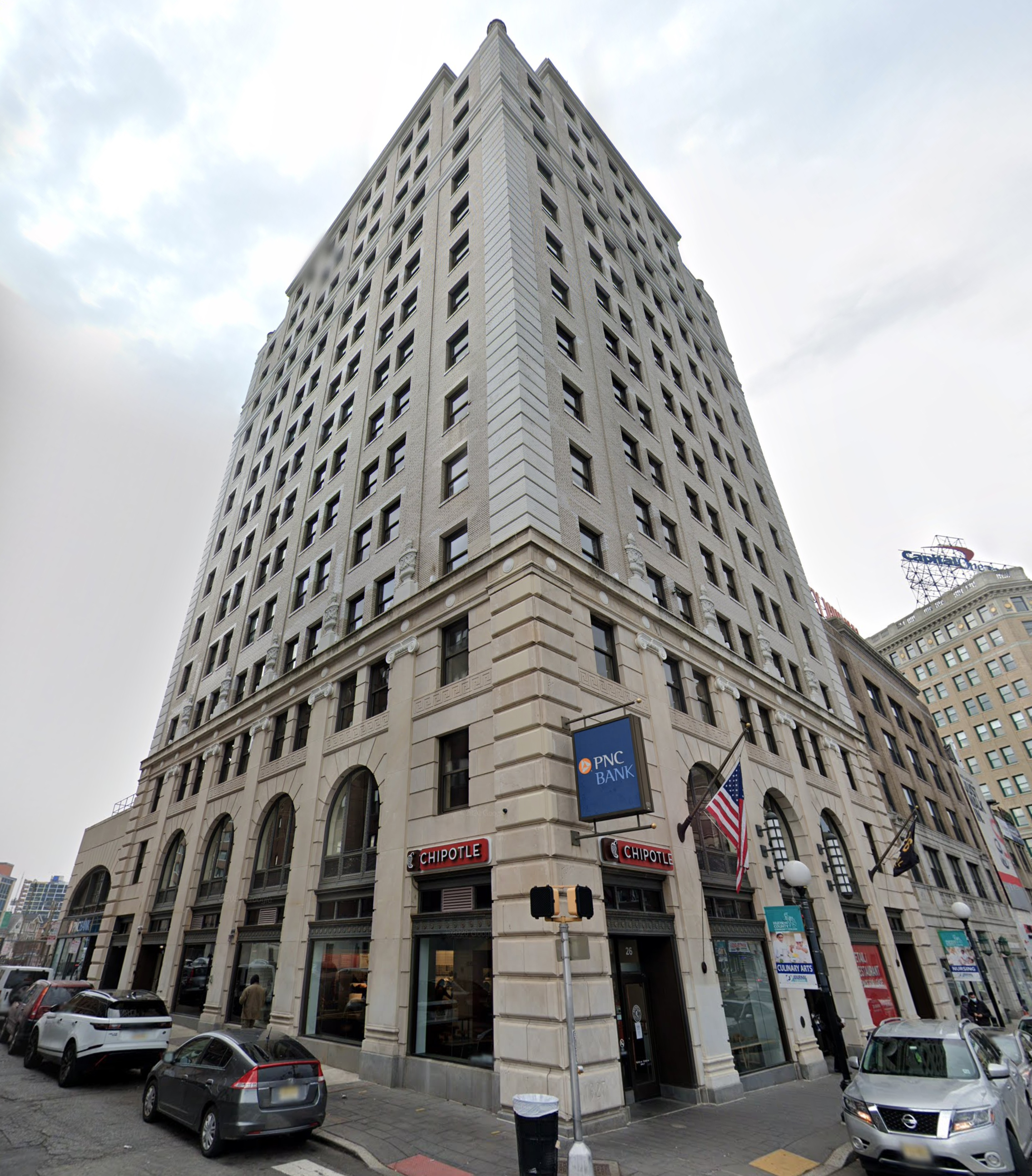 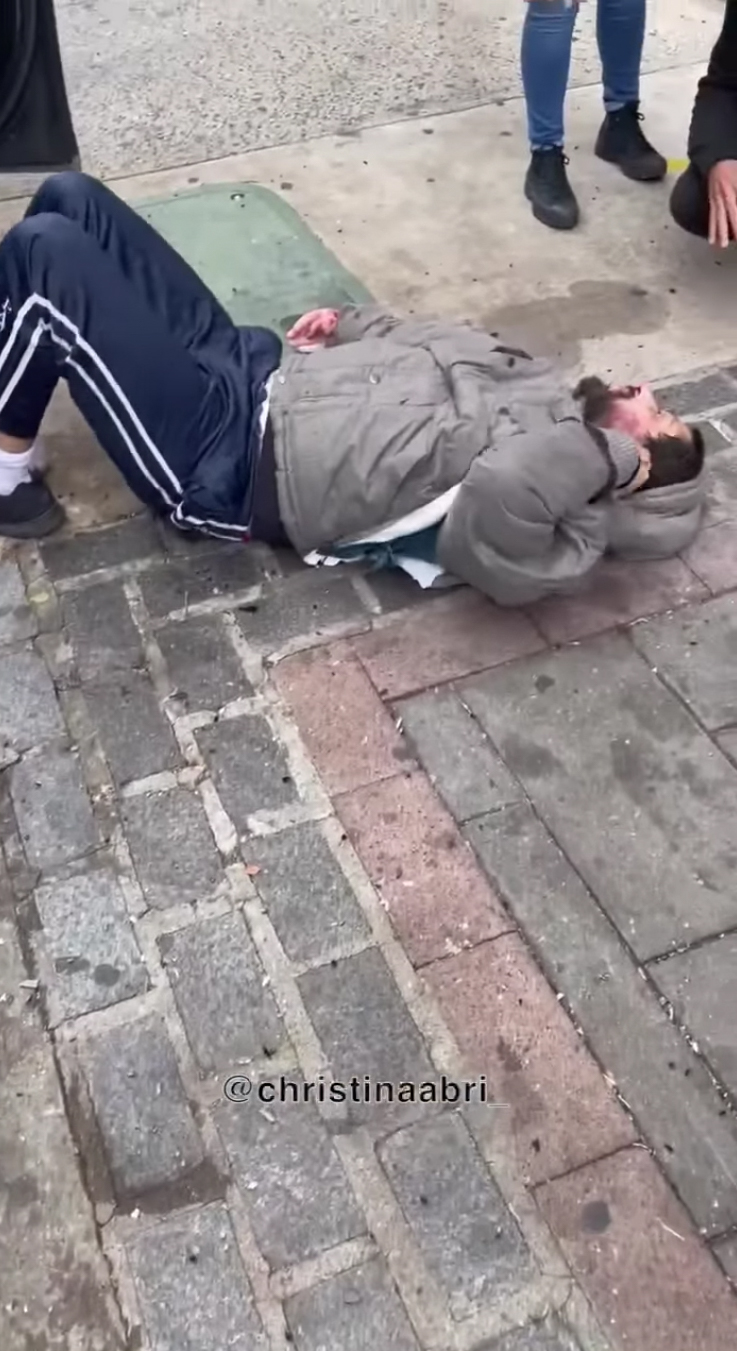