A SURFER has been killed in a horrific shark attack today – the first in eight years on Australia's Gold Coast.

Paramedics rushed to Greenmount Beach, Queensland, Australia just after 5pm on Tuesday local time after reports a man in his 50s had been bitten by a shark. 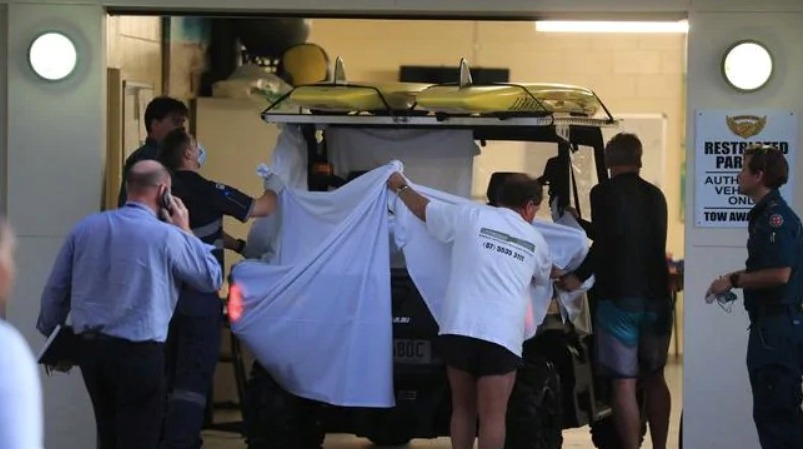 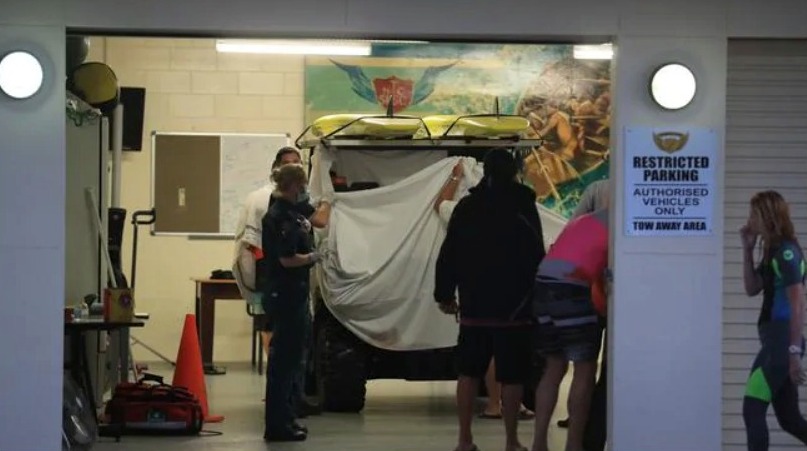 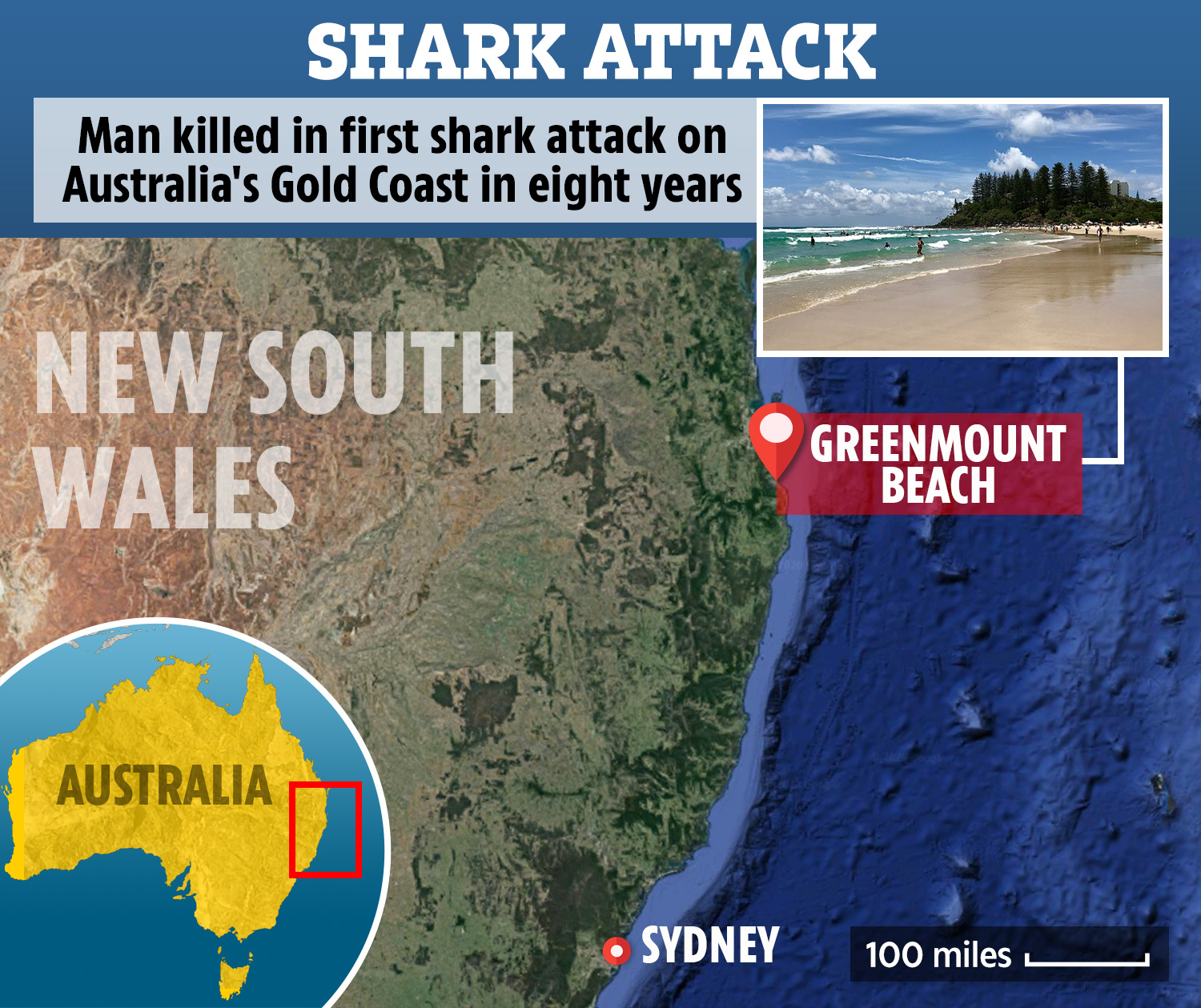 One eyewitness told the Courier-Mail that the water was red with blood after the attack.

Another witness at the beach said the man was "pretty much gone" by the time he had been pulled from the sea.

"From the groin to his knee, there was nothing there. It was just like hanging there but not much," he told Seven News.

"It was a pretty severe attack and the ambulance and paramedics were here and did what they could, but it was to no avail," he told the ABC.

Acting inspector Jonathan Lavin from Queensland Police said the man was rescued from the water by other surfers after being bitten on the leg.

"It is extremely worrying – school holidays aren't far off… all efforts will be made tomorrow by local authorities to identify if there is a shark in the area and to what sort of risk that poses to the community," Mr Lavin said.

Surfer Leo Cabral was filming his son in the water when the shark attacked.

."I was focused on my son with a camera and I heard people yelling 'shark, shark, shark'," Mr Cabral told Nine News.

"The first thing that came to my mind was that I just wanted my son and his friends to be out of the water… I couldn't feel my body at all, I was completely frozen, I was blank. I started screaming to my son to get out of the water.

"Everyone was running around, there were kids crying on the sand … A few people were standing by and were watching and couldn't believe what they were seeing. It was so sad, it was really sad."

Nearby resident Ian Edgehill said he saw a beach buggy on the shore covered in a white towel.

"I stopped and I overheard a surfer talking to the paramedics and what had happened, and then I looked and I saw a board with what looked like teeth marks in the middle of it," he told the ABC.

Greenmount Beach is near the border of New South Wales and Queensland. It has nets in the water but they do not extend to the seafloor.

The beach is about 20km from South Kingscliff where a 60-year-old surfer was mauled to death by a three-metre-long white shark in June. 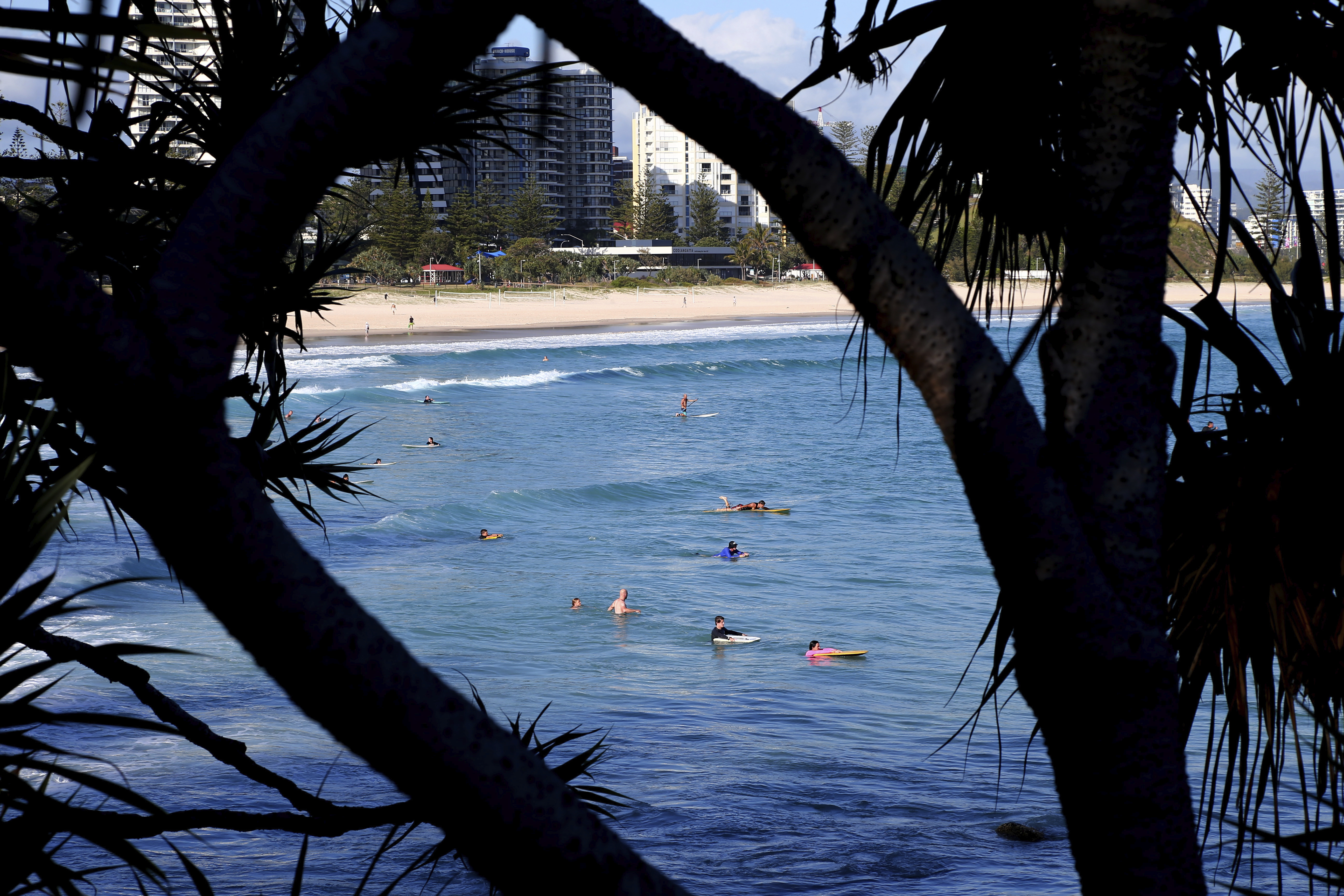 Hydroxychloroquine 'could still saves tens of thousands of lives'