THIS is the shocking moment a man in blackface is led away by Canadian cops after he was arrested at an anti-racism protest in Toronto.

Police officers were forced to intervene on Saturday when the man arrived at the demonstration wearing black makeup on his face and hands to the disgust of witnesses. 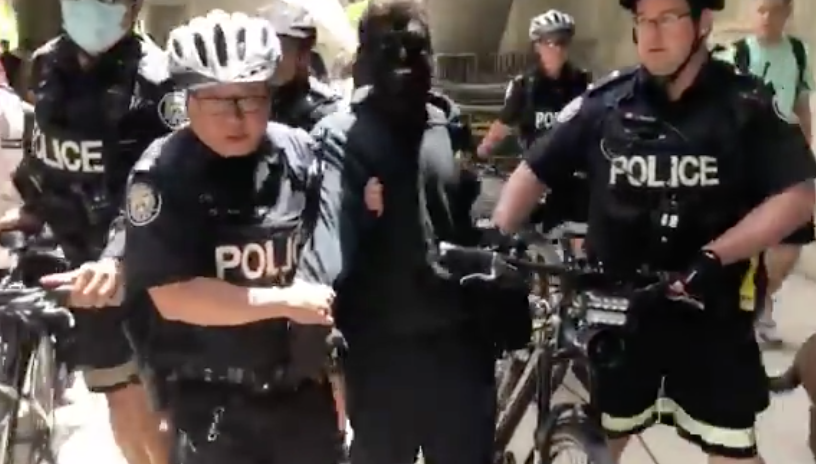 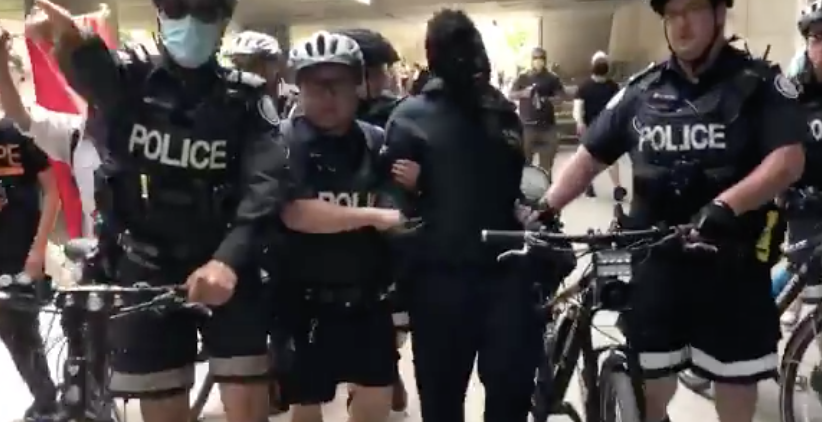 Disturbing footage emerged on social media showing the man defiantly shouting back at angry protesters as he is led away in handcuffs.

While he attempted to make his way through the rally, officers on bicycles stepped in and escorted him away.

The man was doused in water before his reported arrest, according to a Newstalk1010 journalist.

According to the Canadian news outlet, the man in blackface was later charged with Breach of the Peace.