Valletta: Maltese Prime Minister Joseph Muscat told the nation on Sunday night that he would resign in January following pressure from angry citizens for the truth about the 2017 car bombing that killed a journalist.

In a televised message, Muscat said he has informed Malta's president that he will quit as leader of the governing Labour Party on January 12 and that "in the days after I will resign as Prime Minister". 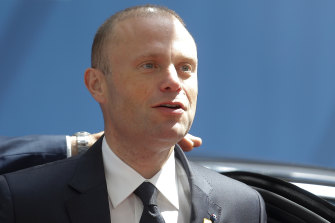 Malta’s Prime Minister Joseph Muscat is to step down next year.Credit:EPA

Hours earlier, thousands of Maltese protested outside a court building in the capital, Valletta, demanding that he step down.

"As Prime Minister, I promised two years ago that justice would be done in the case of the murder of Daphne Caruana Galizia," Muscat said, beginning his speech, adding that "today I am here to tell you that I kept my word".

He noted that in addition to three people arrested soon after the bombing for carrying out the actual attack, now there is "someone accused of being the principal person behind this killing".

Muscat was referring to prominent Maltese businessman Yorgen Fenech, who on Saturday night, was arraigned on charges of alleged complicity in the killing and of allegedly organizing and financing the bombing. Fenech entered pleas of innocence. 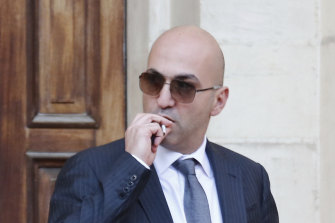 Maltese businessman Yorgen Fenech has been charged over the car bomb death after he was arrested while attempting to leave the island.Credit:AP

Muscat's former chief of staff Keith Schembri was allegedly linked to the killing. Schembri was among government members targeted by Caruana Galizia's investigative reporting. Schembri, who resigned last week, was arrested in the probe but later released. He denies wrongdoing.

The Prime Minister insisted that he will see to it that "justice is for everyone," and said the investigation is still ongoing.

Muscat's efforts to reassure the nation that justice will be achieved in the case failed to satisfy the journalist's loved ones.

"People will be out in the streets again tomorrow," tweeted one of her sons, Matthew Caruana Galizia, who is also a journalist. 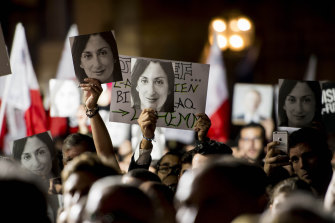 Protesters took to the streets of Valletta on the weekend calling for the Prime Minster to resign. Credit:AP

Close to 20,000 Maltese citizens jammed Republic Street outside the court in what was by far the largest turnout so far in weeks of public outpouring of anger and disgust aimed at Muscat's government.

The slain reporter had written extensively about suspected corruption in political and business circles on the European Union nation, which is a financial haven for many investors.

Among her targets were those in Muscat's political inner circle, including those in his cabinet. Caruana Galizia was the subject of lawsuits by some of her subjects, including in government. While many celebrated her as an anti-corruption champion, some on the island whose dealings she exposed scorned her work.

"I reiterate my deepest regret that a person, who, with all her positive and negative qualities and contribution toward the democracy of our country, was killed in such a brutal way," Muscat said. 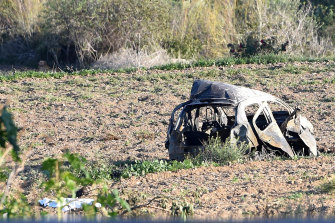 The wreckage of Daphne Caruana Galizia’s car was strewn across a field after a powerful car bomb exploded.Credit:AP

Labour has a comfortable majority in Parliament, indicating that a new party leader could become prime minster without the need for a national election. That could thwart the opposition Conservative Party's hopes to rule the nation.

Muscat, first elected as prime minister in 2013, is serving his second term.

Fenech had requested immunity from prosecution promising to reveal information about government officials. His bid for immunity was rejected first by Muscat on his own and later by Muscat's cabinet. 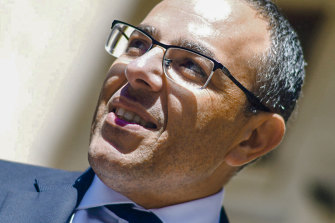 Participants in Sunday's protest carried photos of the slain journalist as well as placards with the last words she wrote on her blog shortly before getting into her car, which was blown up near her home.

"The situation is desperate," she had written referring to what she unearthed with her digging into suspected widespread corruption in Malta's political and business circles. On the placards, protesters added the word "still" before "desperate."

Families with young children, teenagers and the elderly carried Maltese flags and signs demanding both Muscat's resignation and justice.

Affixed to the gate outside the court building were copies of a photo that was published on Saturday by Malta Today showing Schembri with the alleged middleman in the case, taxi driver Melvin Theuma. It was unclear where and when the photo was taken.

Theuma recently was granted immunity from the prosecution in exchange for giving details on who was behind the bombing. Shortly after the blast, three men were arrested for allegedly carrying out the actual bombing. No trial date has been set for those three.

Among the demonstrators were Caruana Galizia's family, including her parents, who walked at the head of the protest, behind a banner with the word "justice."

Cuomo: Javits expansion to be ‘substantially complete’ by March 2021

Who was Mythbusters' Jessi Combs and what caused the race car driver's accident?