M25 is CLOSED for rush hour after serious crash involving an ambulance, HGV and car in Surrey

An ambulance crash with a lorry and car has shut down the M25 ahead of rush hour, affecting tens of thousands of motorists.

The anti-clockwise stretch was closed near Surrey between junctions 8 and 10 after the incident which happened at 3.30am.

It involved an ambulance, an HGV and a black BMW, whose driver was taken to hospital with serious leg injuries.

Police urged drivers not to video the accident on their phones as they pass after spotting them using their mobiles.

The people in the other vehicles were unhurt and did not need medical treatment.

A passenger in a passing car said: ‘It’s a horrific accident. Just gone past it on the other side. Drive carefully everyone. 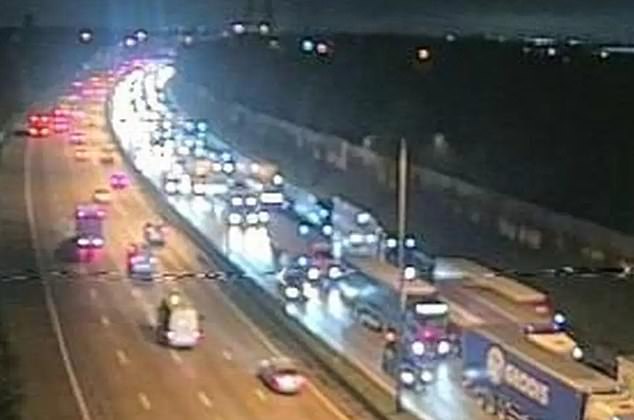 ‘It didn’t look good we’ve just passed it on the m25 and there wasn’t a recovery truck on site yet.’

A spokesperson for Surrey Police confirmed it was at the scene and trying to find out what had happened.

They said: ‘We are appealing for witnesses after a collision involving a car, an ambulance and a HGV on the M25 in the early hours of this morning.

‘The collision happened just before 3.30 on the anticlockwise M25, between junctions 9 and 8, close to Walton on the Hill. 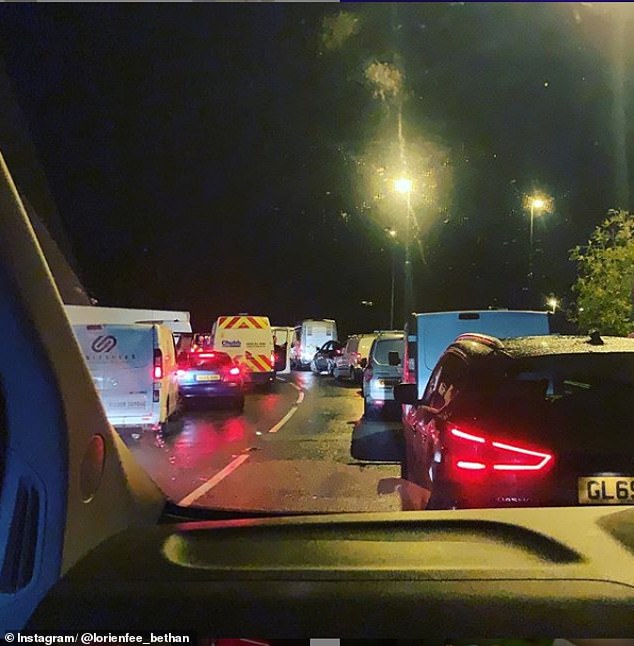 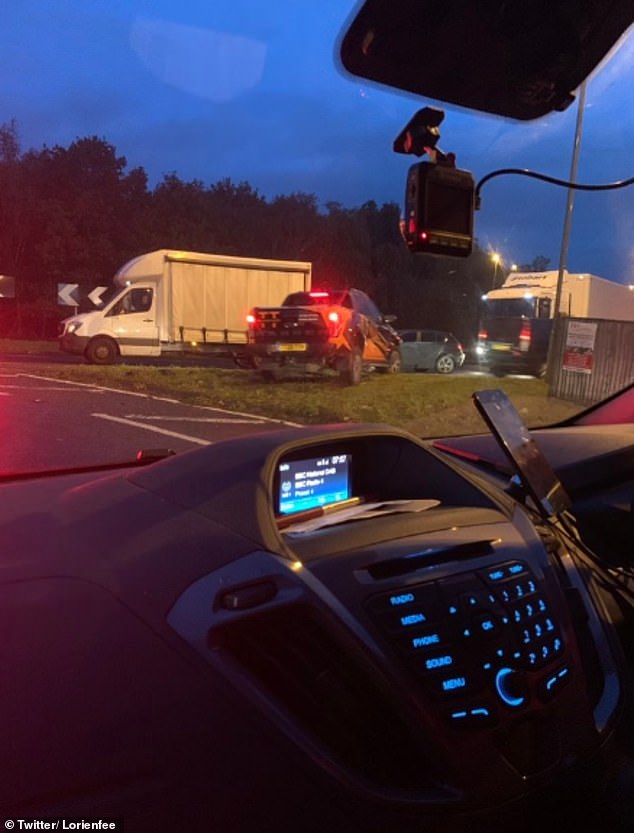 ‘The driver of the car, a black BMW, suffered serious leg injuries in the collision and was taken to hospital by ambulance.

‘The occupants of the other vehicles were unharmed during the collision.The anticlockwise M25 has been closed at junction 9, and will remain closed for at least three hours – into the rush hour – while the vehicles are recovered, the scene is cleared and collision investigation officers carry out their work.

Detectives investigating the crash are now trying to piece together the sequence of events that led to the pile-up.

They are hoping the cameras on vehicles will help them to understand if any driving offences were carried out in the lead-up to the smash.

Officers are keen to speak to anyone who may have seen the collision, or captured the manner of driving of the vehicles on dash cam or helmet cam between 3.15 and 3.30 this morning.’

Racist yob who ripped hijab from Bradford woman is jailed