President Sarkozy’s son on having Carla Bruni for a step-mother, how his love of women convinced him not to become a US marine… and being nine inches taller than his 5’ 6’’ dad

From a childhood in Paris, to adolescence in New York, and now launching his own fashion line aged 22, it is fair to say Louis Sarkozy has the kind of life most could only dream of – and he knows it.

‘I’ve been drenched in privilege,’ he admitted in a recent interview with The Times while wearing a Ralph Lauren blazer, Patek Philippe watch, and a pair of loafers embossed with a quote by physicist Marie Curie, which he designed himself.

The shoes are part of a new line themed around great thinkers that he produced for Spanish shoe-maker Boonper with a little help from Carla Bruni who became Louis’s step-mother after his parents divorced in 2007. 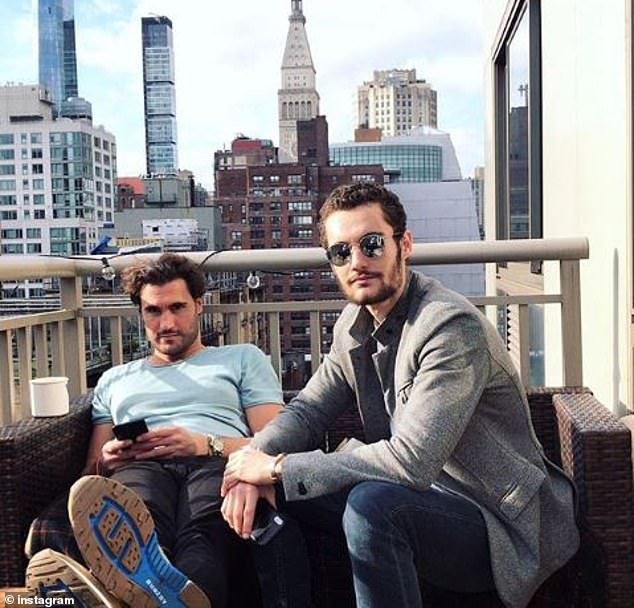 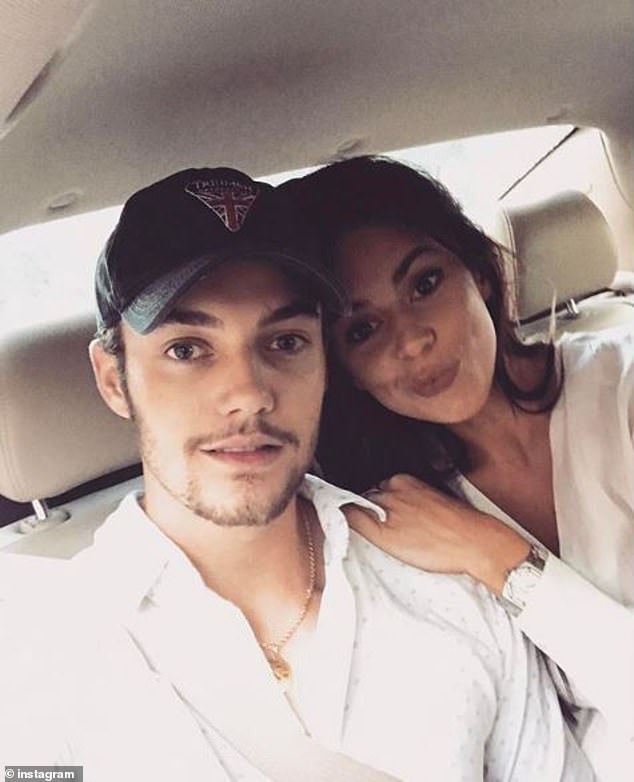 His Instagram account – under the handle Sarko Junior – is filled with pictures of his exotic travels alongside Montenegro-born, NY-based model Natali Husic 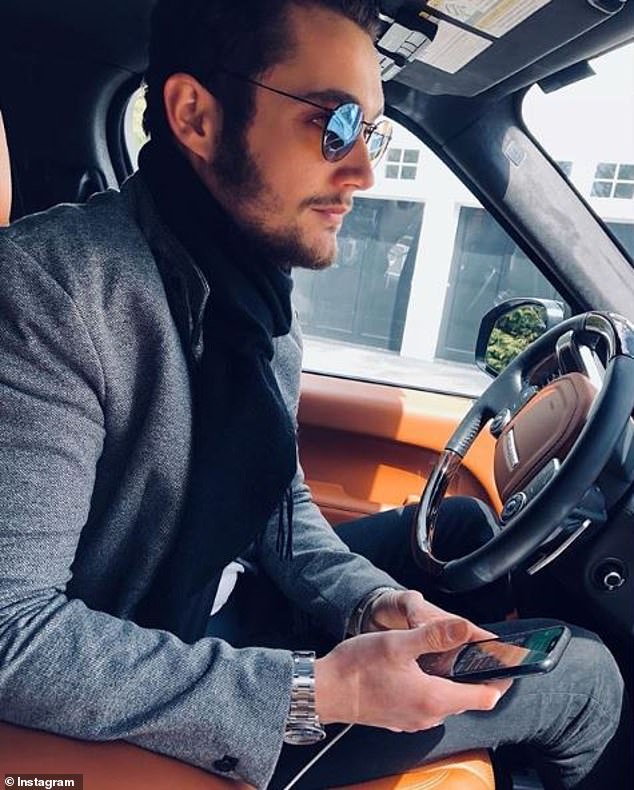 Speaking about life with the former supermodel and songstress, he said: ‘She’s an amazing person. We’re very lucky to have her.

‘She is an incredibly compassionate person who is liable to help you out with any ventures, let alone when they are in fashion.

‘I rely on her counsel deeply. This is a pretty good person to have in your family.’

Sarko Junior, as he styles himself on his envy-inducing Instagram account, also maintains a good relationship with his father, who was President of France between 2007 and 2012.

He describes him as ‘the ultimate objective, wise presence’ who is happy both dishing professional guidance and relationship advice.

Though Louis resembles the former leader facially, he appears to have got his height from his mother’s side – standing at 6ft 2ins tall, towering over Nicolas, who measures a reported 5ft 6ins.

Louis was born in 1997 to Sarkozy and his second wife, Cecilia Attias.

Sarkozy met Attias in 1983 when he presided over her first wedding to French TV host Jacques Martin in his role as the mayor of Neuilly.

The pair became close, and in 1988 Attais divorced Martin to be with Sarkozy, who was still married to first wife Marie-Dominique Culioli. 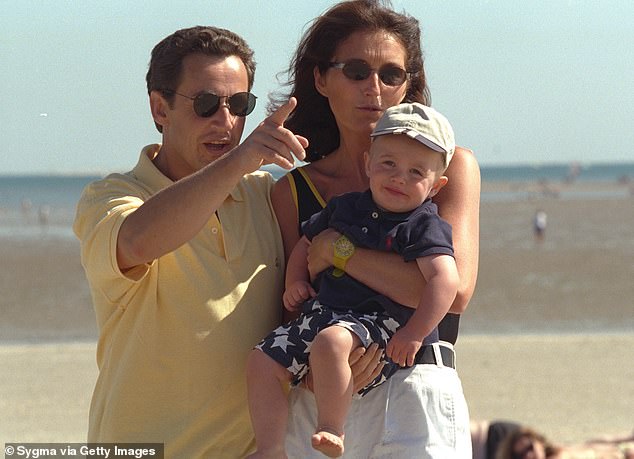 Louis was born in 1997, a year after Sarkozy married his second wife Cecilia (pictured together). The pair met at her wedding to her first husband, which Sarkozy presided over 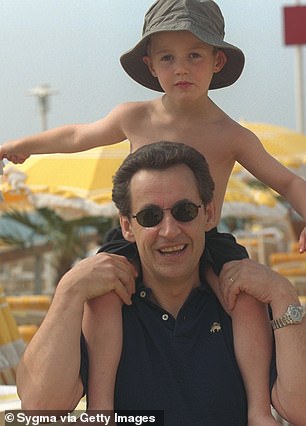 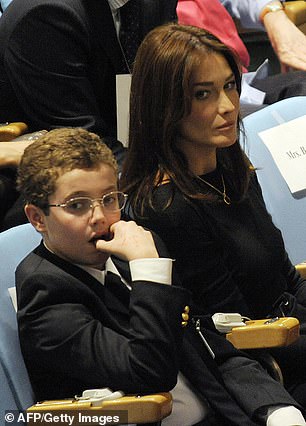 Louis was uprooted from his life in France in 2007 when Sarkozy (left) and Cecilia divorced. He moved to New York with his mother where she married businessman Richard Attais, while Sarkozy married Carla Bruni (right, with Louis in 2009)

He would not obtain a divorce until 1996, when he promptly married Cecilia, with Louis born the following year.

Louis was the couple’s only child, and is Sarkozy’s youngest son. He has two sons – Pierre and Jean – from his first marriage, and a daughter by Bruni called Giulia.

Growing up in a ‘protected and sheltered’ world, Louis was uprooted in 2007 when – five months after Sarkozy was elected President – Attais divorced him.

Their marriage had been on the rocks for some time and in 2005 she had run away for a time to live with her lover, Moroccan-American businessman Richard Attias.

Following her divorce from Sarkozy, Celilia went to Dubai to live with Attais before the pair landed in New York, where they wed at the Rockerfeller Centre in 2008.

Sarkozy wasted no time in moving on either, and married Bruni the same year.

Such was the extent of the bubble that Louis lived in, he claims to have no memory of the media interest in his parents’ split.

If Louis’s life is luxurious now, then it was not always that way.

For four years he studied at the gruelling Valley Forge Military Academy in Pennsylvania at the suggestion of one of his bodyguards, who he describes as being like father figures to him. 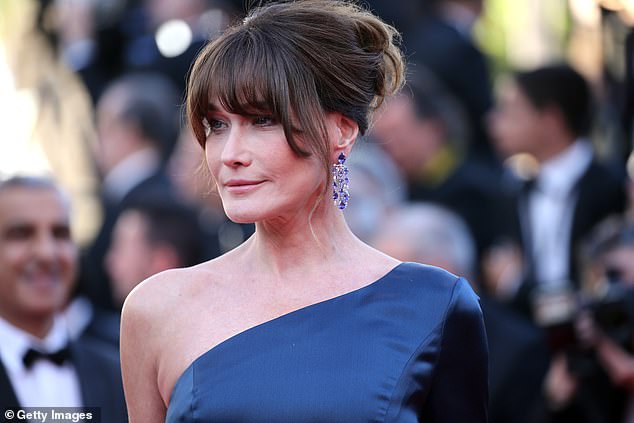 Bruni is now advising Louis on breaking into the fashion world, and he describes having a ‘perfect’ relationship with her, adding that she is compassionate and caring 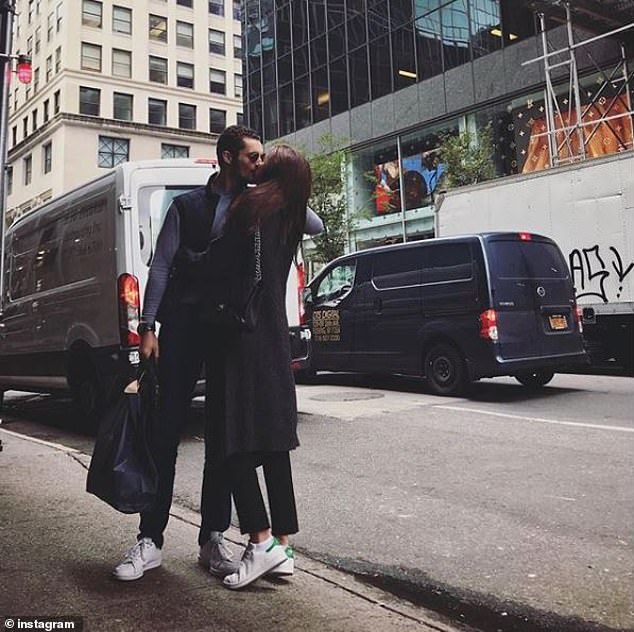 For a time Louis wanted to become a Marine, but changed his mind after a month-long holiday to Paris introduced him to a life of clubbing and women 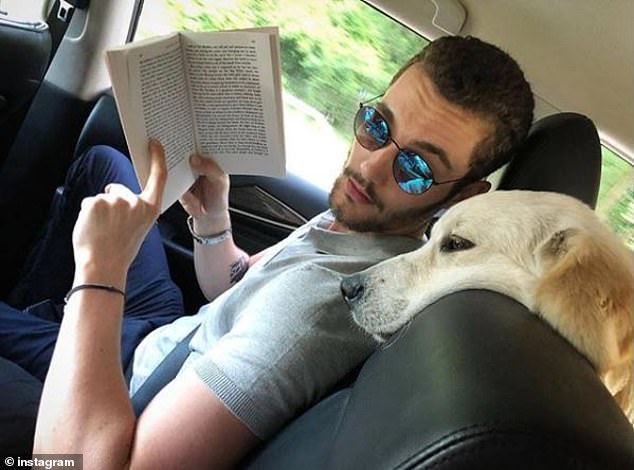 About to graduate with a degree in philosophy from NYU, Louis has launched a line of loafers with a Spanish shoe-maker based on great intellectuals called Enigma

He was expected to drop out during the gruelling six-week induction but toughed it out and even dreamed of becoming a US Marine until a month-long holiday to Paris changed his mind.

‘It turns out there’s such a thing called clubs and music and there’s another gender on this planet,’ he said.

He returned to New York, enrolled as a philosophy student at NYU, and fills his Instagram feed with photos of himself enjoying the high-life.

Often, he is accompanied by his girlfriend: Montenegro-born, NY-based model Natali Husic. French media reports they have been dating since 2017.

The pictures he uploads show him at French chateaus, swanky New York hotels, on holiday in India and enjoying a yacht trip in the Bahamas, as just a few examples.

But with graduation approaching Louis is now turning his eye to a future career.

Partly, his ambitions are political – though not in the sense of his father or step-brother Jean, who is a local politician in Neuilly, where Sarkozy’s career began.

Instead, he hopes to work on the campaign of a Democrat politician which is more in line with his step-father Richard, who co-founded the Global Clinton Initiative.

Despite being charmed by music, he has no desires to follow eldest step-brother Pierre into that business, where he works as a hip-hop producer.

For now, his eyes are firmly set on fashion.

Though he had no prior experience in the business his first pitch – the intelligentsia loafers – was bought up at first ask.

The Enigma Collection features four shoes – the Curie after Marie Curie, Sigmund after the psychiatrist, TJ after Thomas Jefferson and William, after Shakespeare.

As for returning to France, he is adamant that is not going to happen.

Scott Morrison impresses the Queen with the PERFECT gift