‘You all need to get vaccinated’: Rare letter from Catherine the Great urging her subjects to get jabbed against smallpox 234 years ago in echo of today’s vaccination push goes on sale with portrait of the ruler for £1.2million

A letter from Russian Empress Catherine II urging people to get vaccinated against smallpox has been unveiled in Moscow as the Russian leadership struggles to get people inoculated.

In the last few months President Vladimir Putin has urged Russians to get vaccinated against the virus in a bid to control the spread, but the vaccination rates in the country are still low.

Catherine the Great’s letter echoes in Russia and Ukraine’s current situations, although 234 years ago the country was fighting against smallpox and a vaccine was seen as the main weapon.

In the message, dated April 20, 1787 and addressed to Count Pyotr Rumyantsev, the supreme governor of Little Russia, she provides instructions to the authorities on how to organise an effective vaccination campaign.  Little Russia is now what is the modern-day territories of Ukraine. 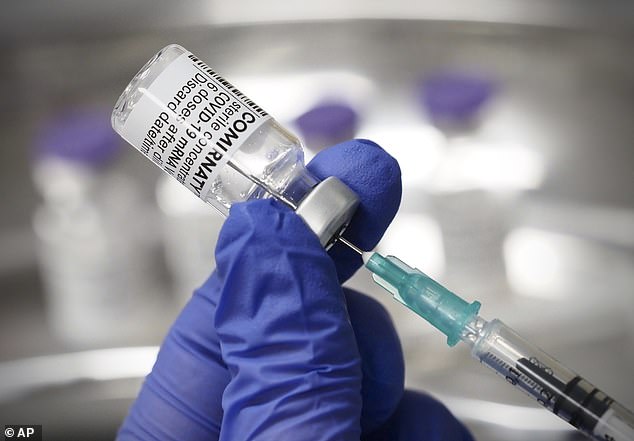 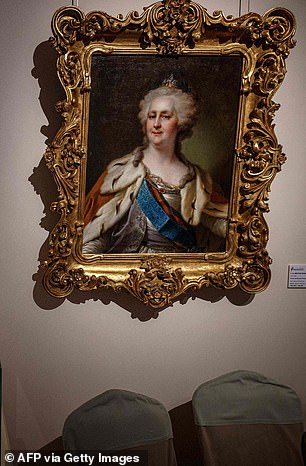 the letter, alongside an Empress’ portrait will go on sale in London on December 1, at a combined value of £1.2 million

The letter, which has been held in an anonymous private collection will be exposed in Moscow until November 30 and will then go on sale in London on December 1.

The letter and portrait are estimated to have a combined worth of up to £1.2million.

‘One of the most important [tasks] should be the introduction of inoculation against smallpox, which, as we know, causes great harm, especially among ordinary people.’ The Empress wrote.

The auction house’s co-director Yekaterina MacDougall said during a press release that ‘in today’s conditions, we should be very proud of Catherine,’

According to MacDougall the Empress had organised an ‘unreal’ propaganda campaign to get people vaccinated, but did not mandate vaccinations as ‘she knew that the Russian people would rebel against this.’

Just over a third of Russia’s population has been double vaccinated, according to  Ourworldindata, while Ukraine sits at 21.8 per cent.

Historian Oleg Khromov said the Empress’ letter is ‘unique, especially given this situation we are all in,’ and he added that it’s a miracle it has survived.

Khromov said doctors used a sample from a child to inject the Empress with the disease and once she recovered from her initial reaction, she urged others to follow her.

When France’s Louis XV died of smallpox in 1774, Catherine reportedly said it was ‘barbarism’ to die of the disease in the enlightened 18th century.

‘I very much hope that one day, maybe in the near future, we can say: ‘What barbarism to die of Covid in the 21st century’,’ Yekaterina MacDougall said. 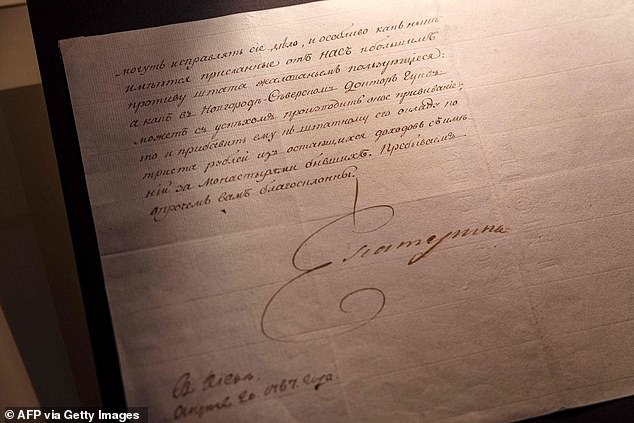 In the letter Russian Empress Catherine gives Ukrainian authorities detailed instructions on how to implement a vaccination campaign against smallpox, avoiding vaccine mandates